Well, I didn’t exactly do some art every day.

But I did create three pieces.

The first is day had the prompt tangles of Flux and Jester from my first two lists and then #doodlewashoctober2020 had the prompt of night. So I decided to use a black tile and a white gelly roll pen. 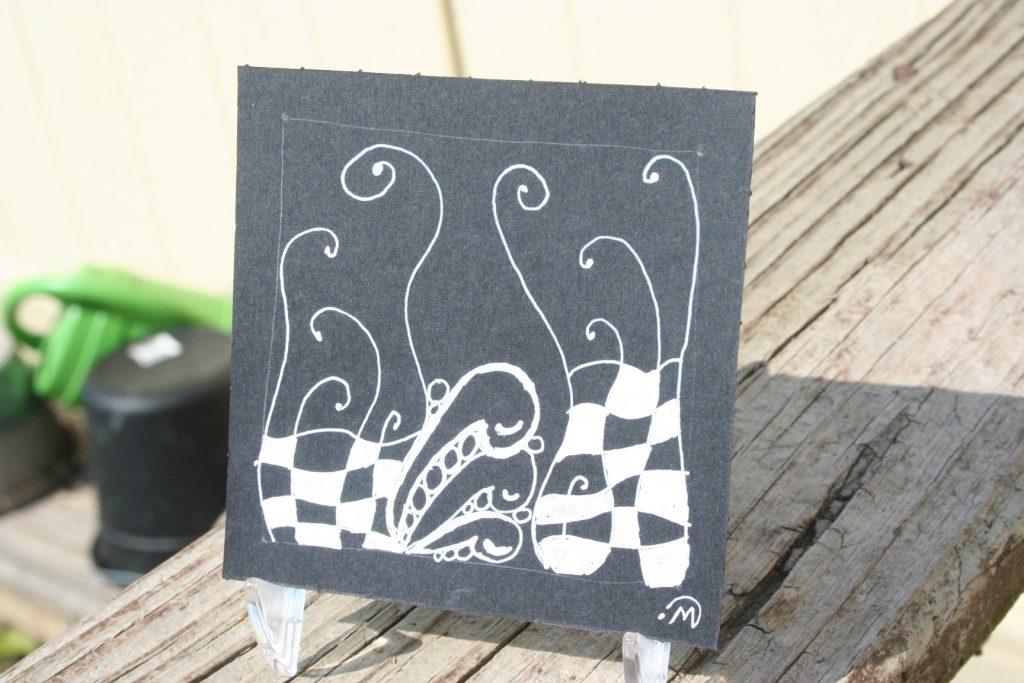 Day two I incorporated all three tangle prompts: Jackstripes, Snelly, and Ondalina. I wanted to try out my shimmery inks I got for Christmas last year and my dip pen too. I chose a blue one because Ondalina looks like waves.

This is my first ever attempt with this pen, so the tile isn’t that great. AND I didn’t feel like doing any shading that day. I am very happy with the pen and nib. The letter “class” I took at the beginning of the year was very helpful in using it. 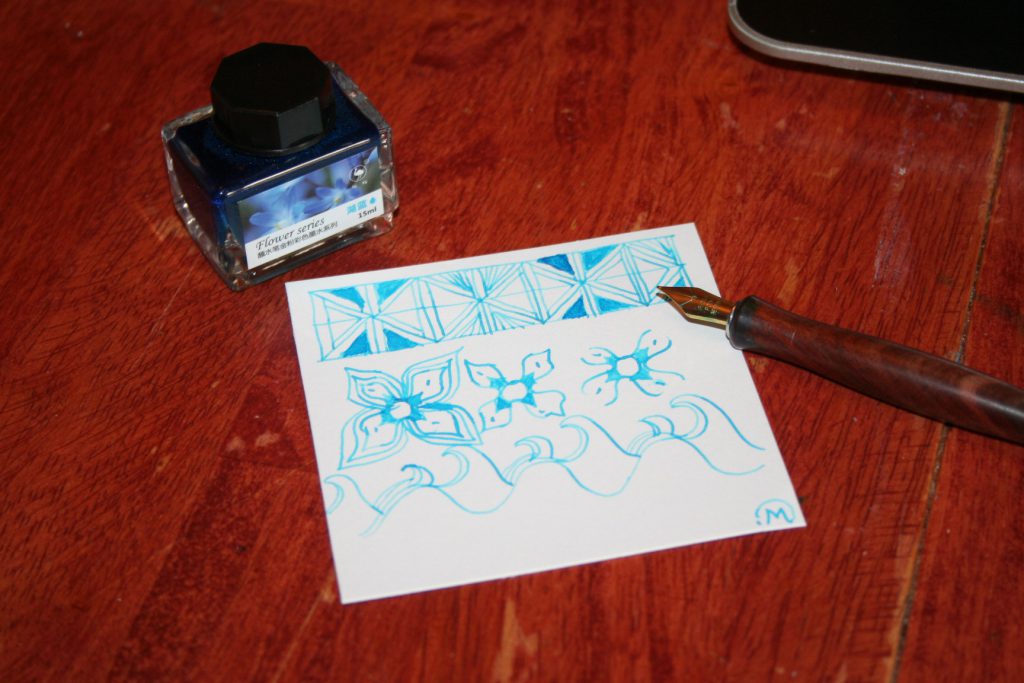 I loved the weighted lines on the downstrokes of the waves.

I may go back and add some shading with something later because I’m not liking how it looks very much. That might also be why I didn’t do another tile over the weekend.

Here’s the scan. You can see I struggled with using the ink a bit but that’s okay. 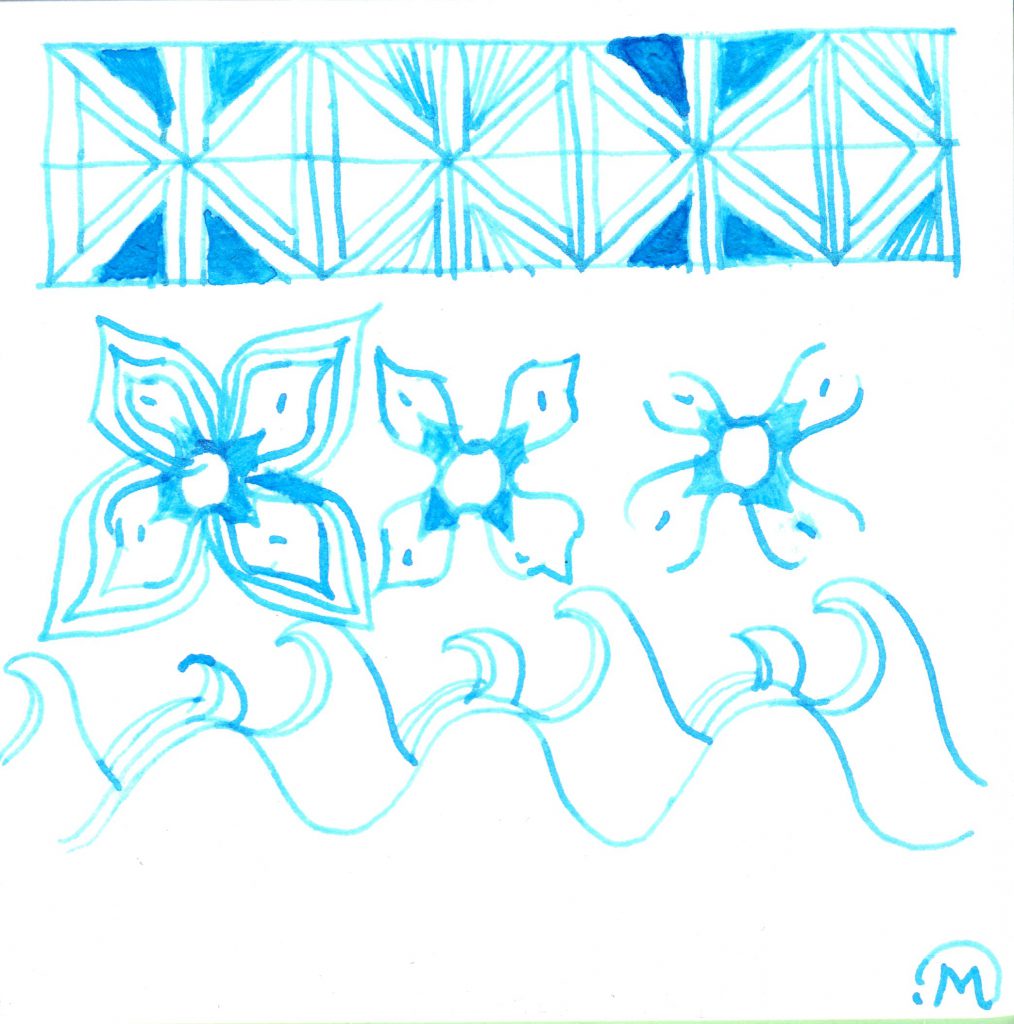 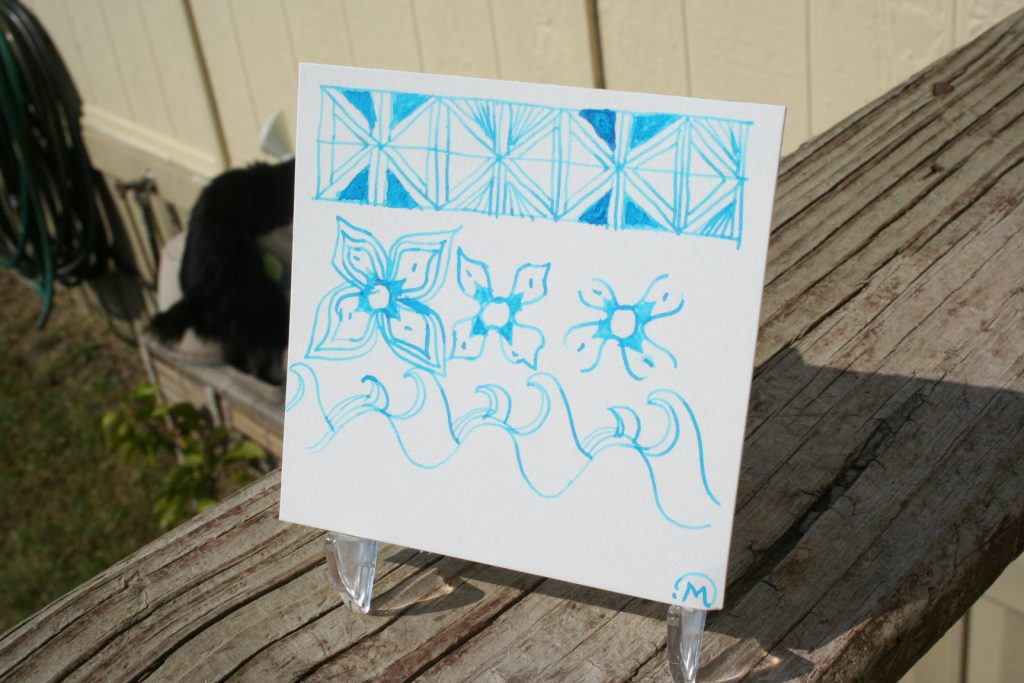 Over the weekend I did not do any art, nor on Monday. So yesterday I decided to combine the tangle prompts from Everything is Art (the first list I found) for days 3-6. So the tangles included are Anthem, Unbirthday, Pepper, and Henna Drum. Unbirthday was the new tangle for me on this day. I really like how this tile turned out.

Here’s the scan before shading. 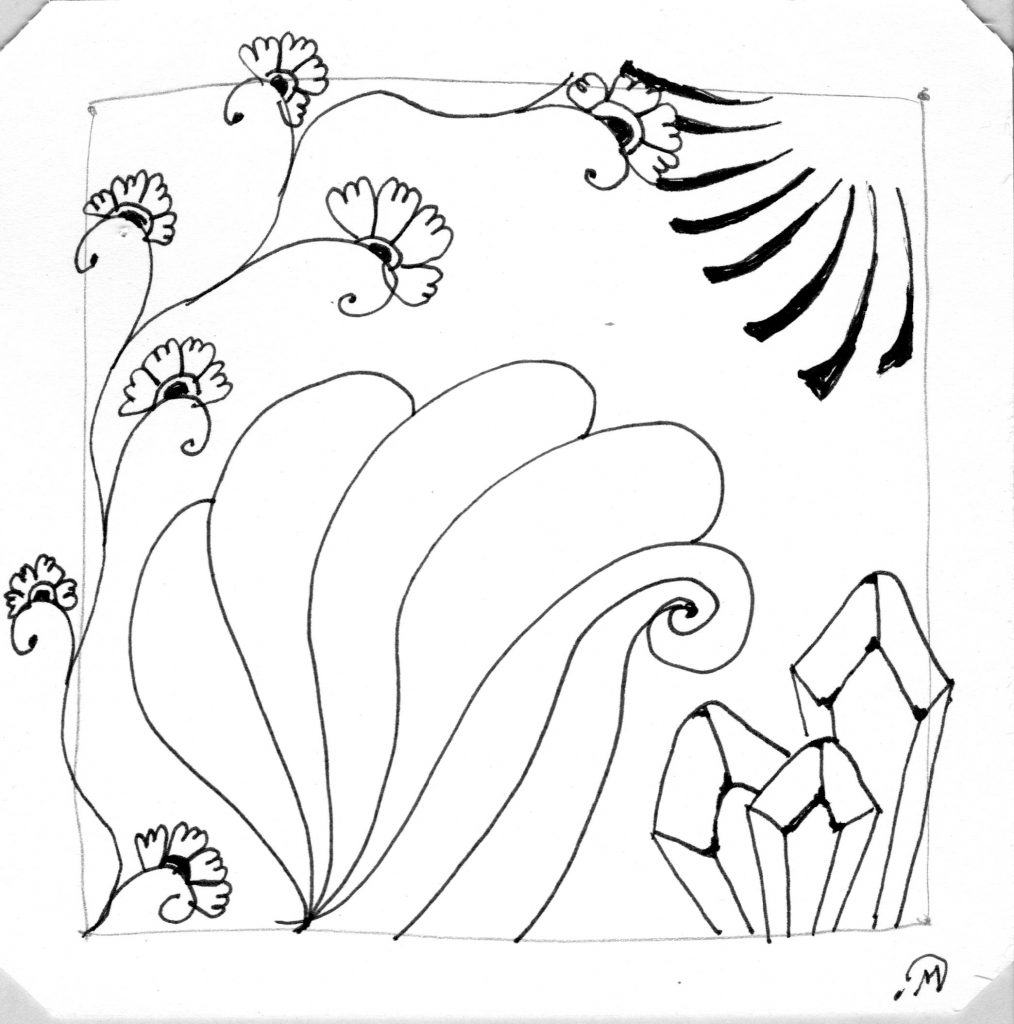 Here is a picture I took outside while the sun was shining nicely, before I shaded it. 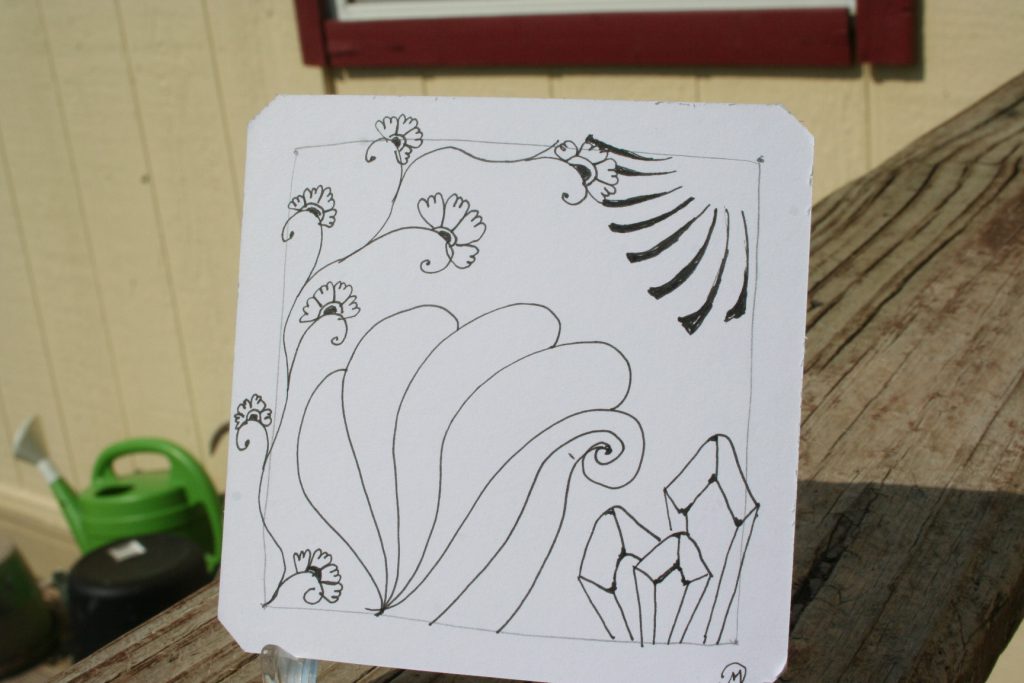 It was nice to go back to my comfort zone of black ink on white tile and pencil shading.

Here is the scan of the tile after shading and the picture taken outside. 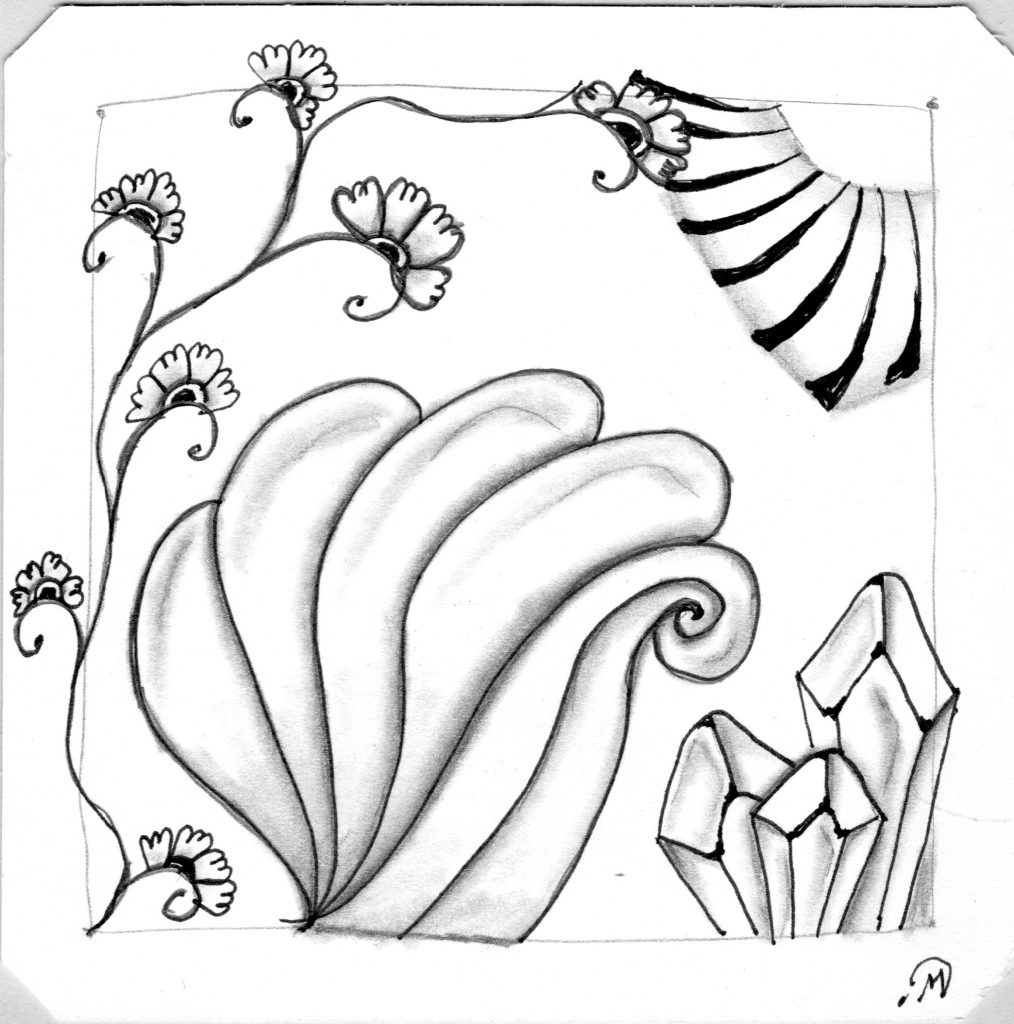 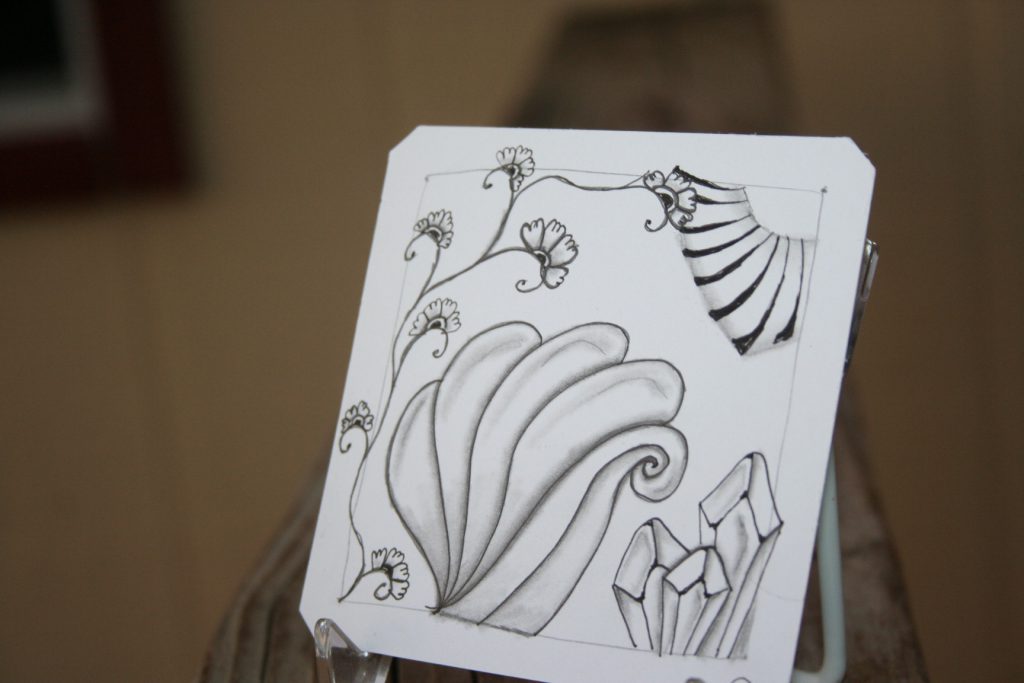 I enjoyed shading with a regular pencil once again.

Looking forward to continuing with inktober. 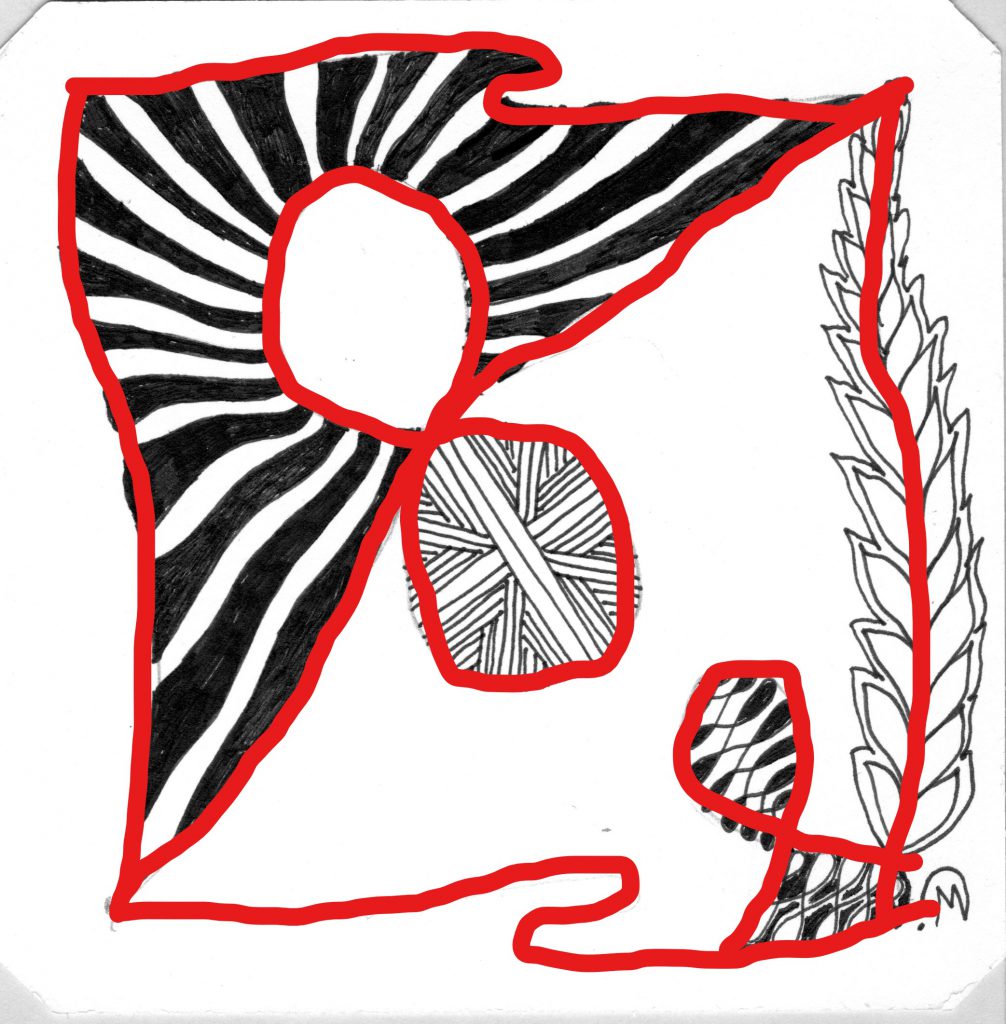 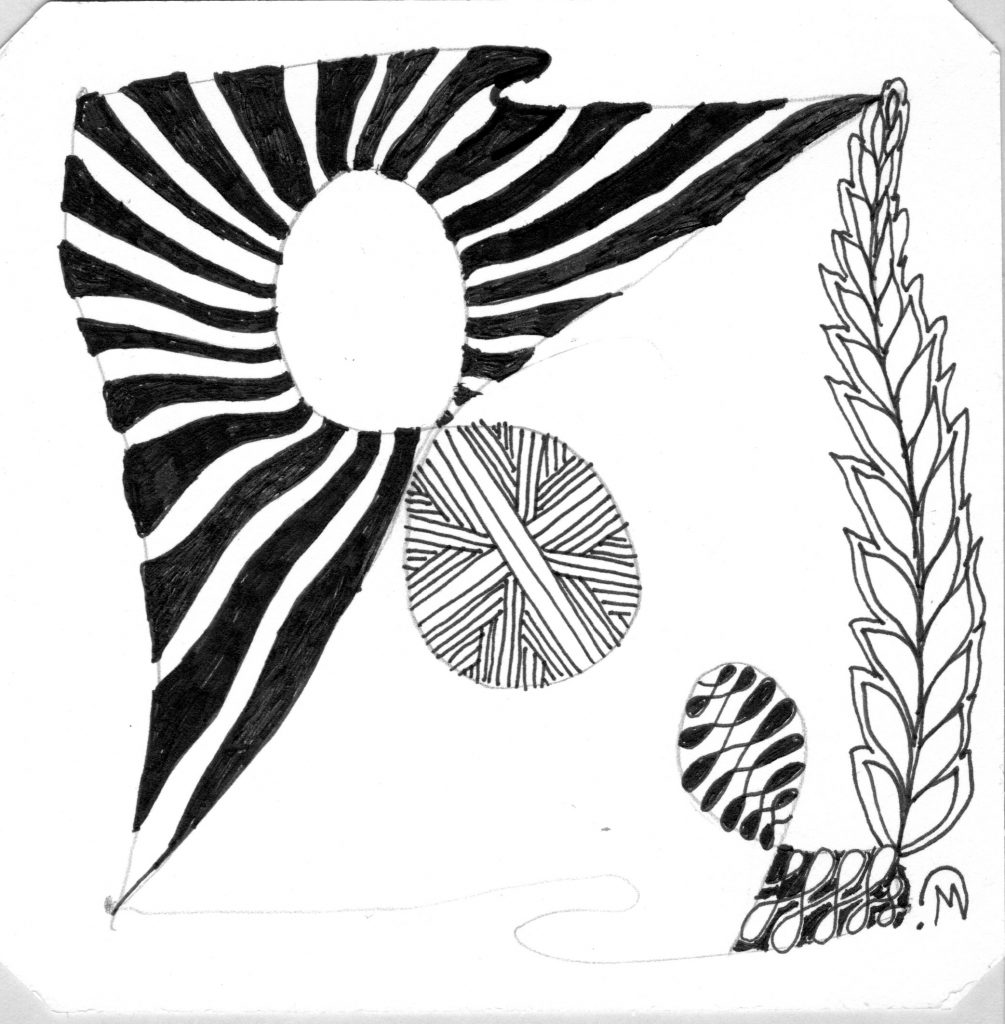 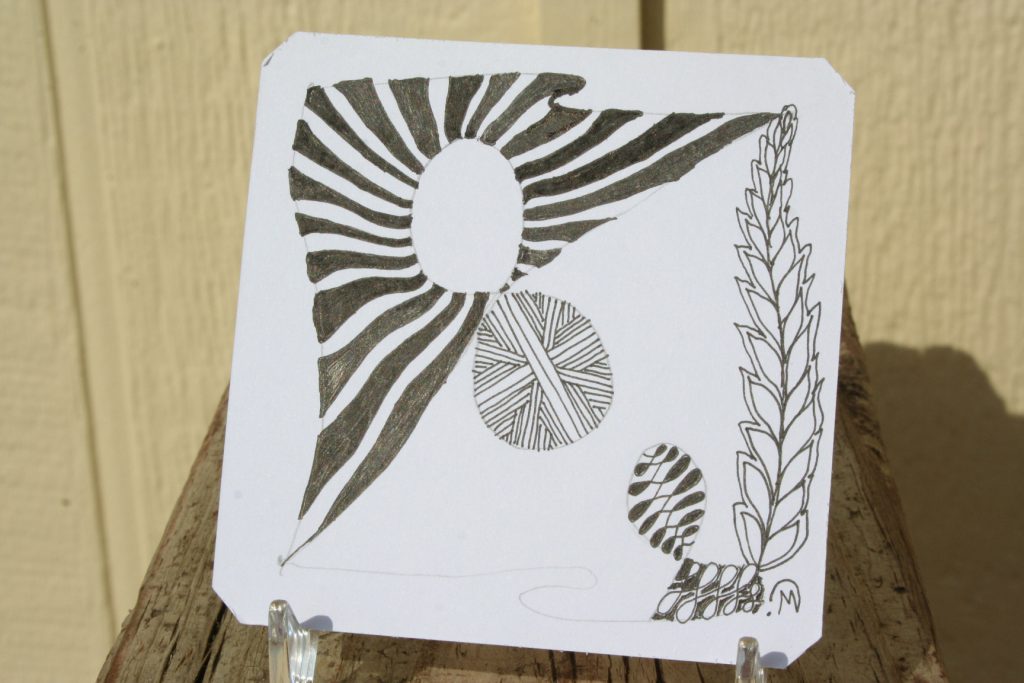 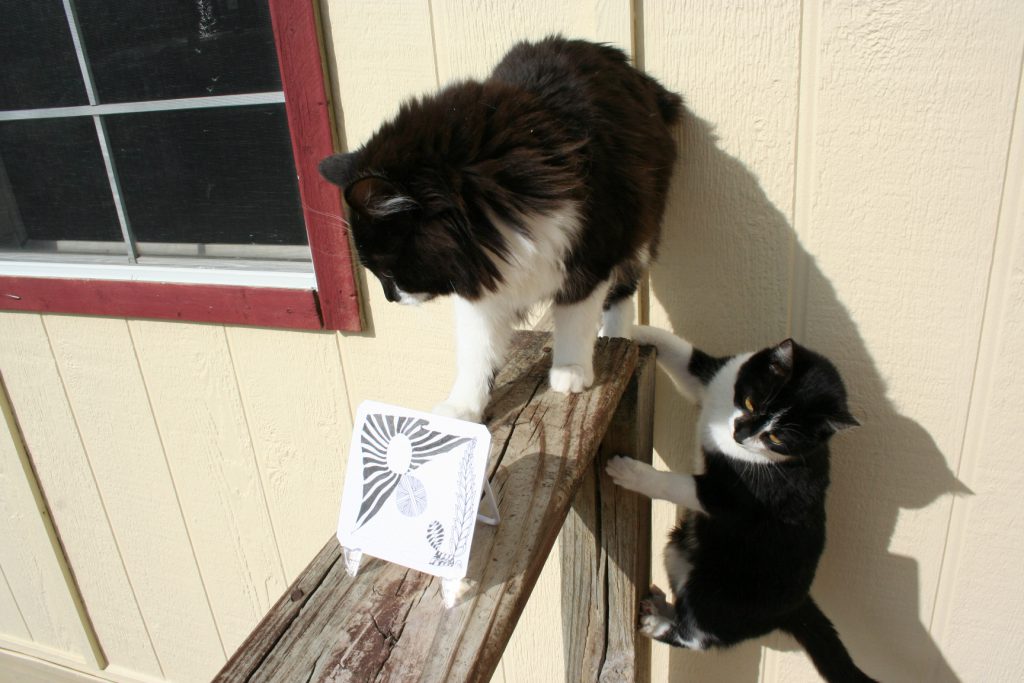 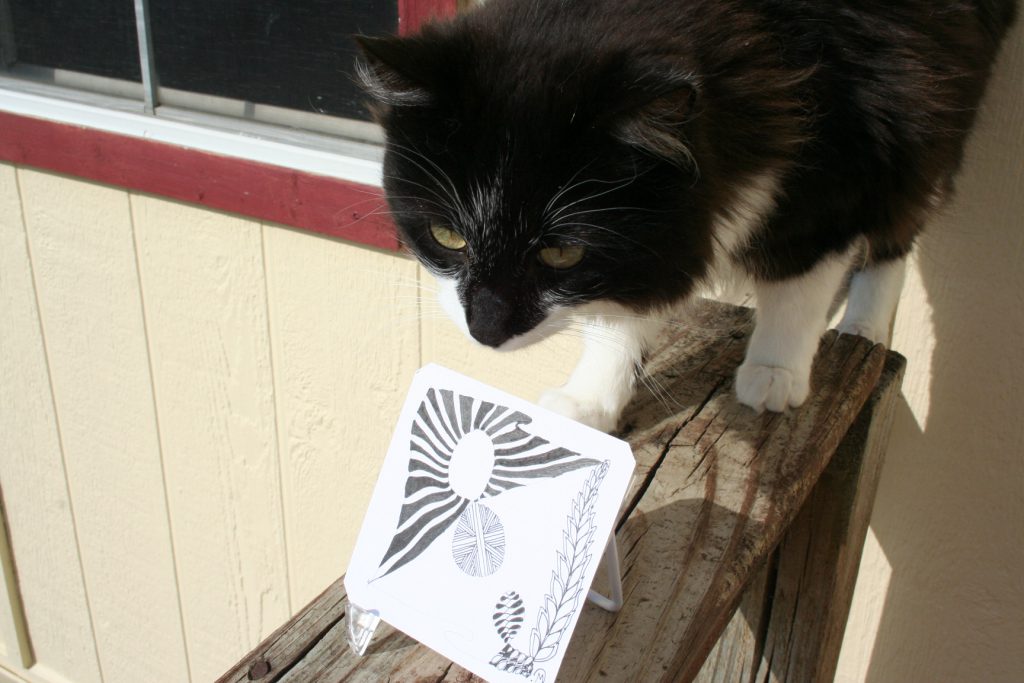 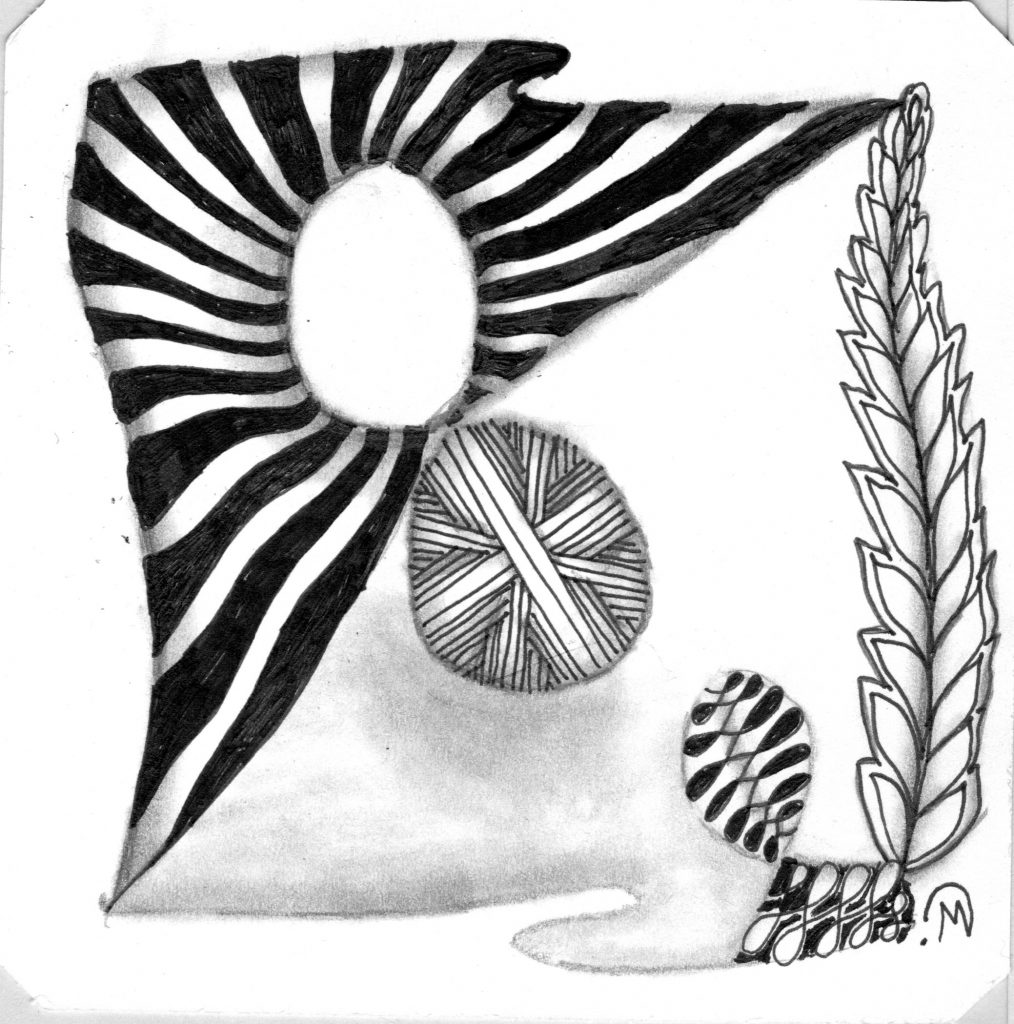 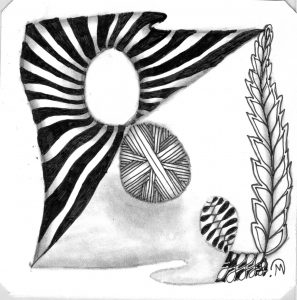 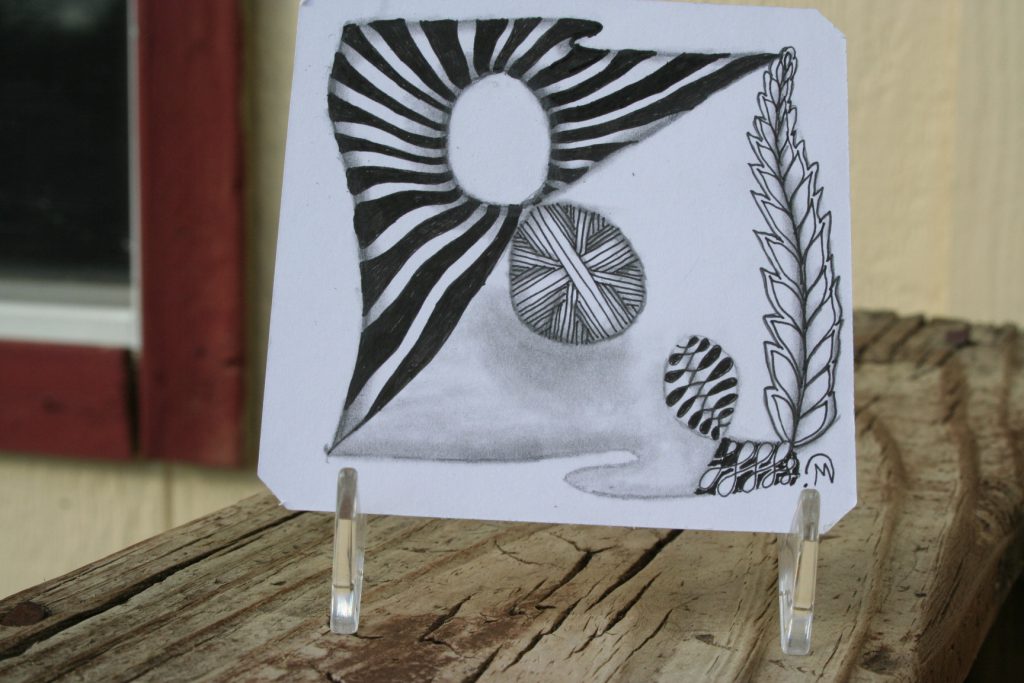 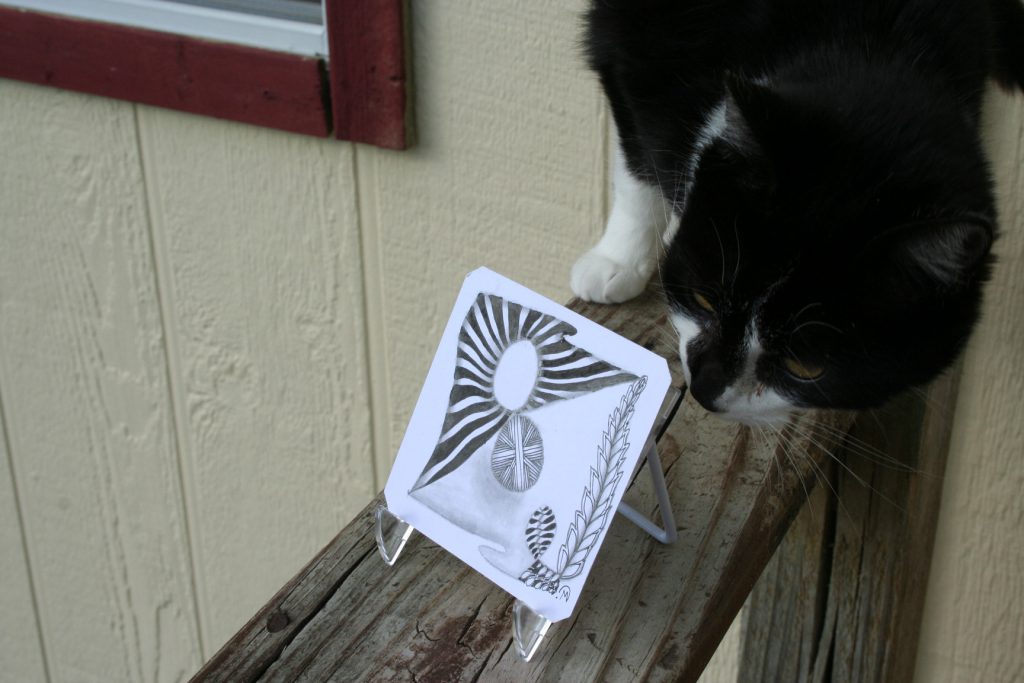 I can’t believe I’m already thinking about October! In a lot of ways! We have a conference at our church at the beginning of the month, for which I volunteer to help. Of course I started thinking about that a lot a few weeks ago but I hadn’t really contemplated Inktober and yet I have started seeing Inktober prompts.

I’m looking forward to it now too.

Well, for this week’s tile I am once again following the prompt from Today’s Tangle: Keeping it Classic #TTKICPrompt090919. My string didn’t look exactly like the one Sandy drew but it is close. Here is my string. 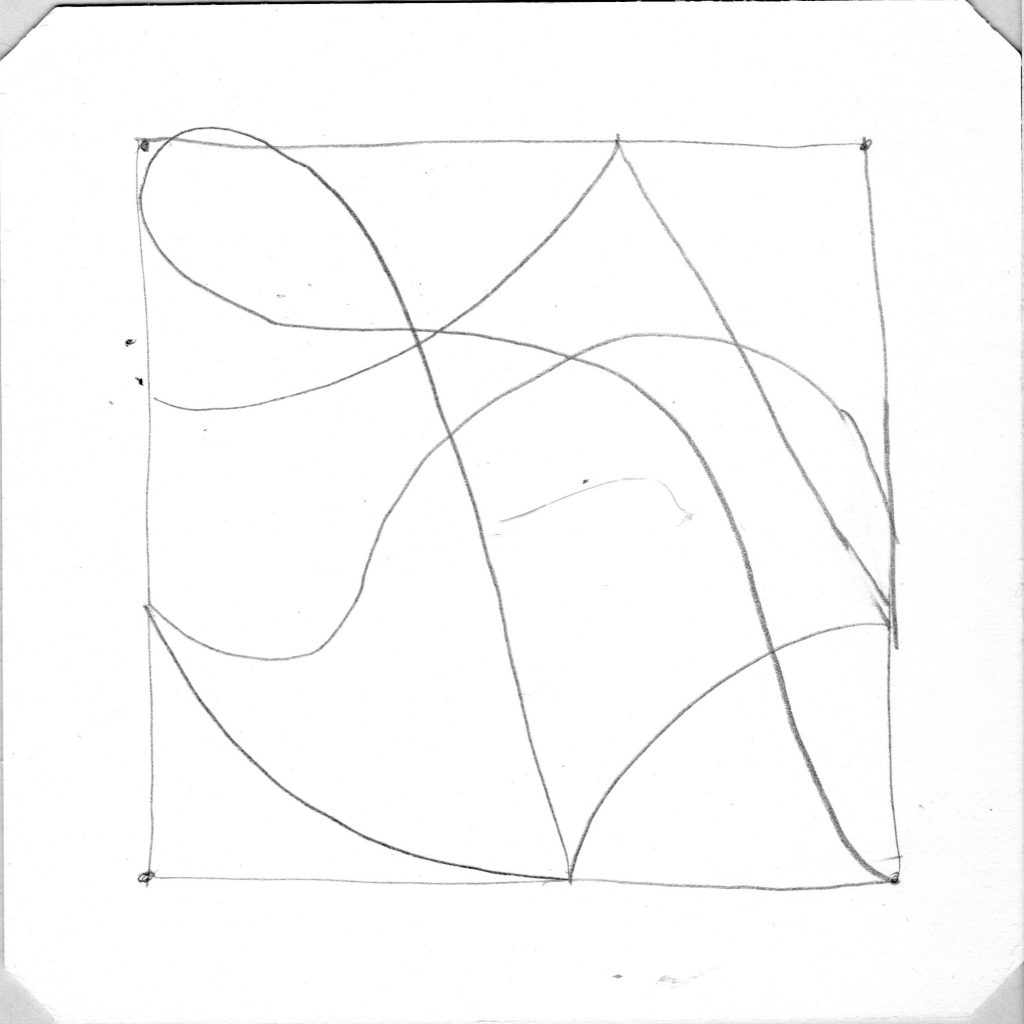 I looked over the pool of tangles to choose from and wasn’t real thrilled with them. I noticed that several sections were triangular and would thus lend themselves to Betweed. So that’s where I started. 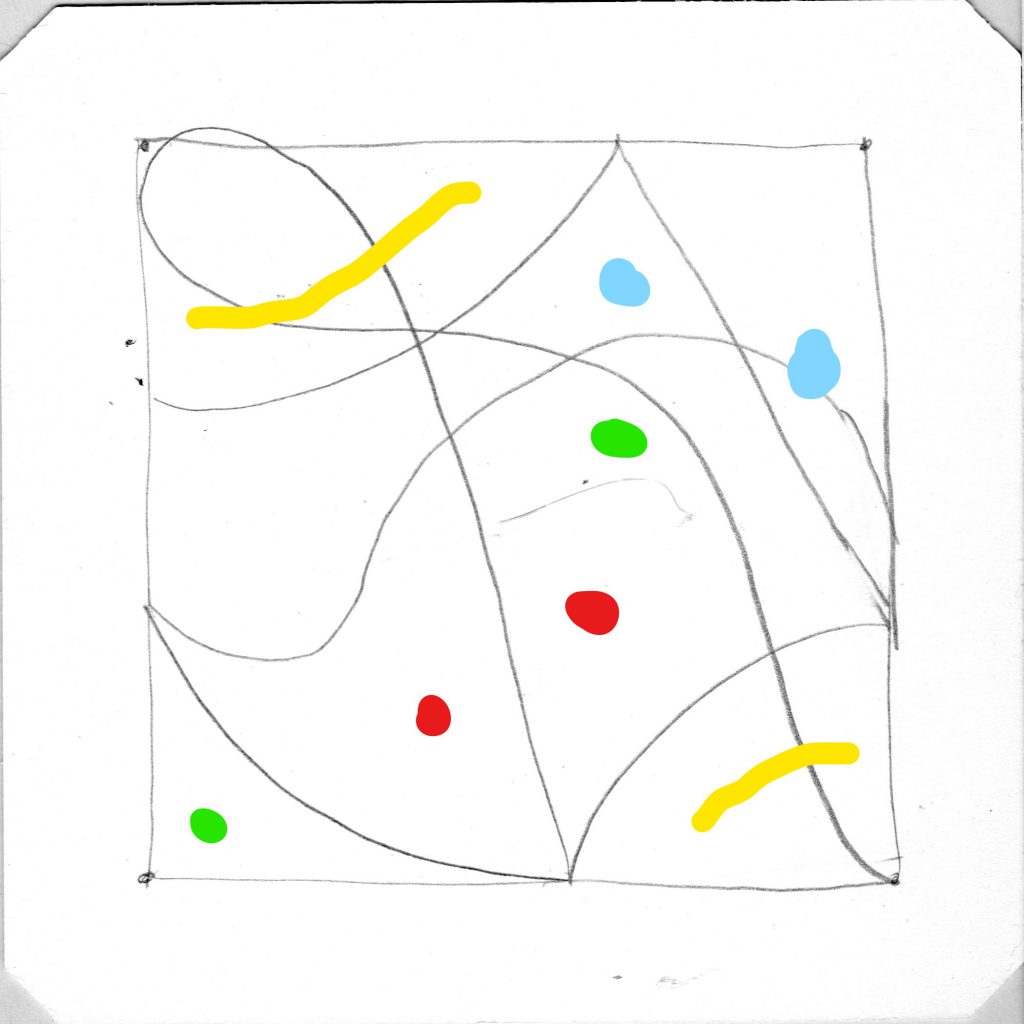 In the scan above I marked the sections as I filled them. I started with the red ones. That four-sided section didn’t end up getting filled in completely, so after I did the cyan sections, I filled in that bit that was left over and the other green section. Then I added Pepper into the sections marked with yellow.

Here is what my tile looked like before shading. 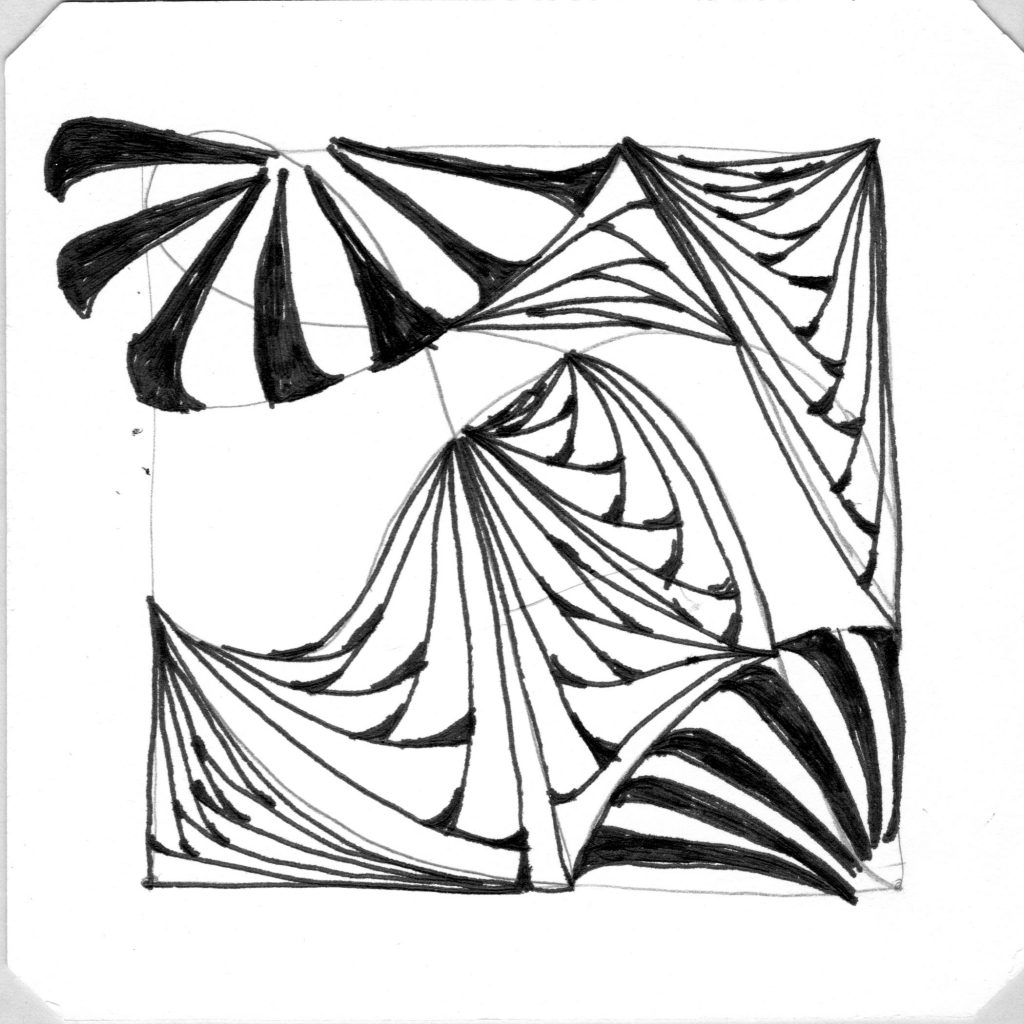 I’ve always liked Pepper but I’ve just never used it much. Prior to this year Betweed and I were not very good friends but now, I enjoy tangling it. I generally only use it if I find a triangular section already available. I think that was my problem with Betweed before–creating triangular shapes to fill.

Here’s the tile in natural lighting before shading. 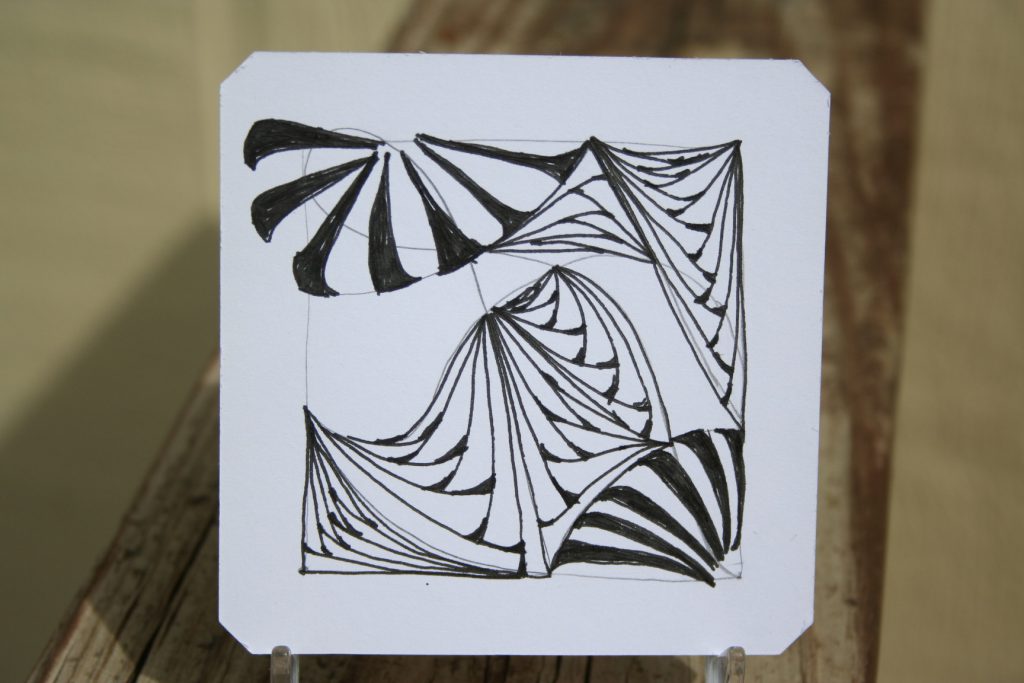 Here is the scanned finished tile. 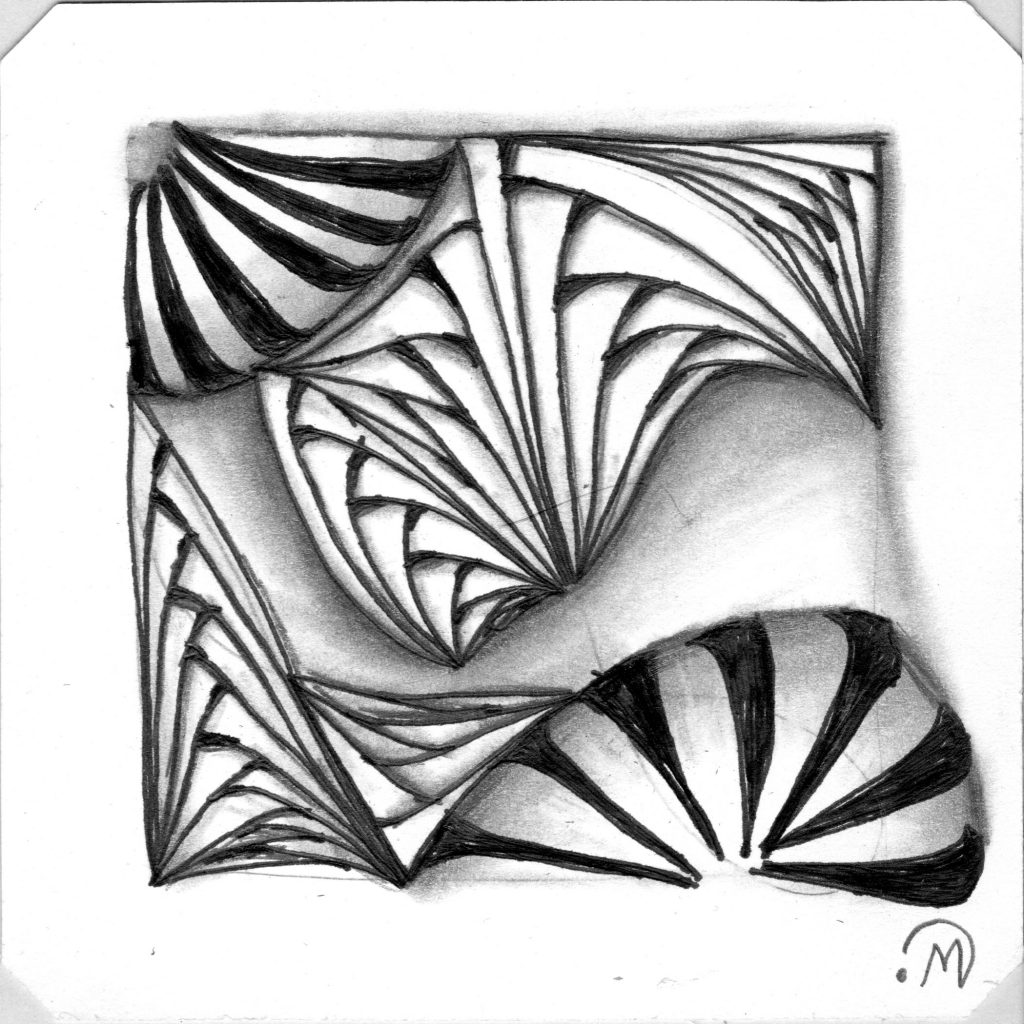 And here it is in natural, but dim light. 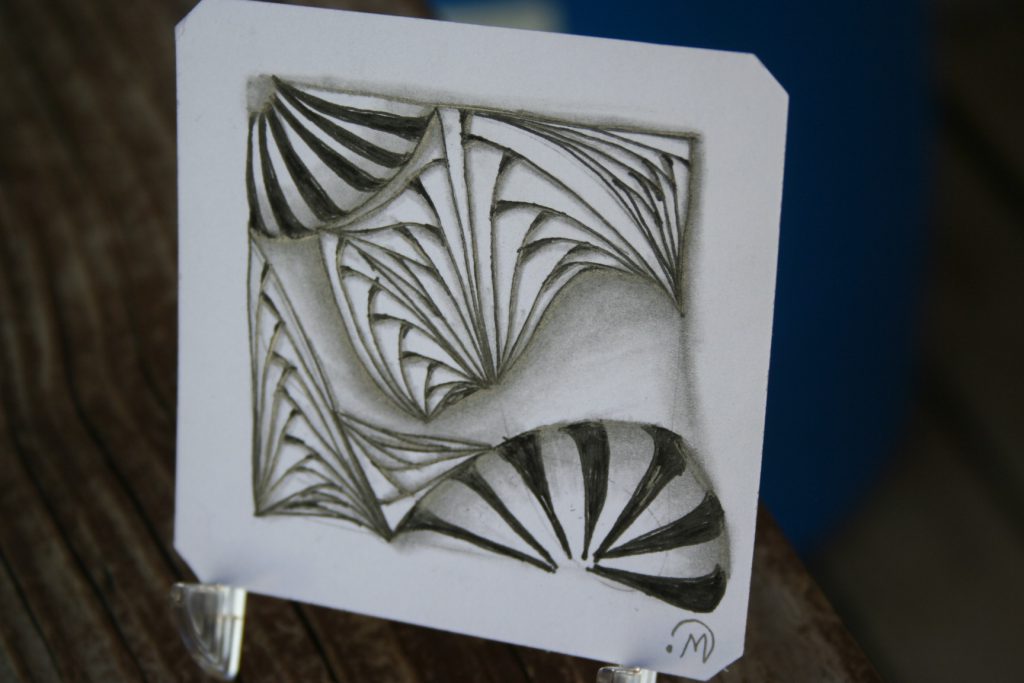 So what do you think? Do you use Betweed or Pepper? (Pepper is the peppermint looking one.) Do you plan to participate in Inktober?

PS. I now have a youtube channel and a patreon. I hope you’ll check them out.