Well, my Inktober is not going well! It’s more of a Movietober.

We’ve been watching a lot of chick flicks and very little art has been done. But I did get one piece done using two of the week’s tangles: Doodah and Cadent.

I’d originally planned to use some of my inks and my calligraphy pen. I started with a bristol vellum tile but then decided to just use a black inkpen. 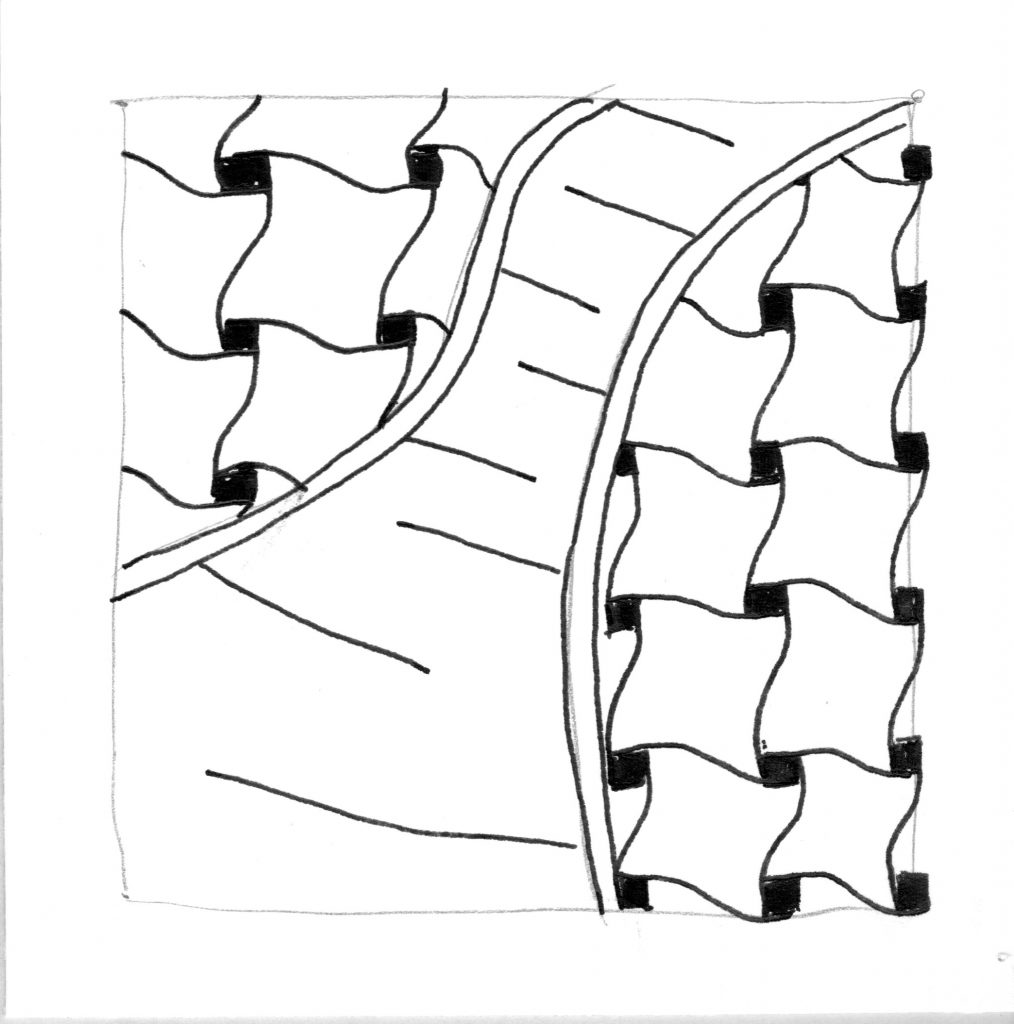 Here is the picture I took of it in natural light. 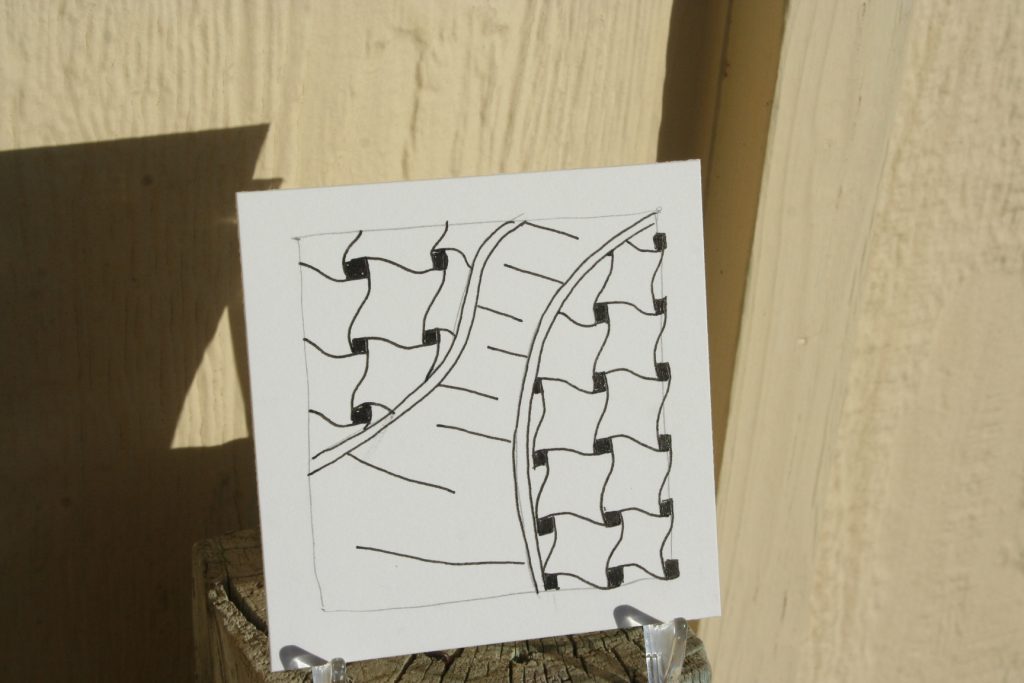 Here’s the scan of the tile after shading. 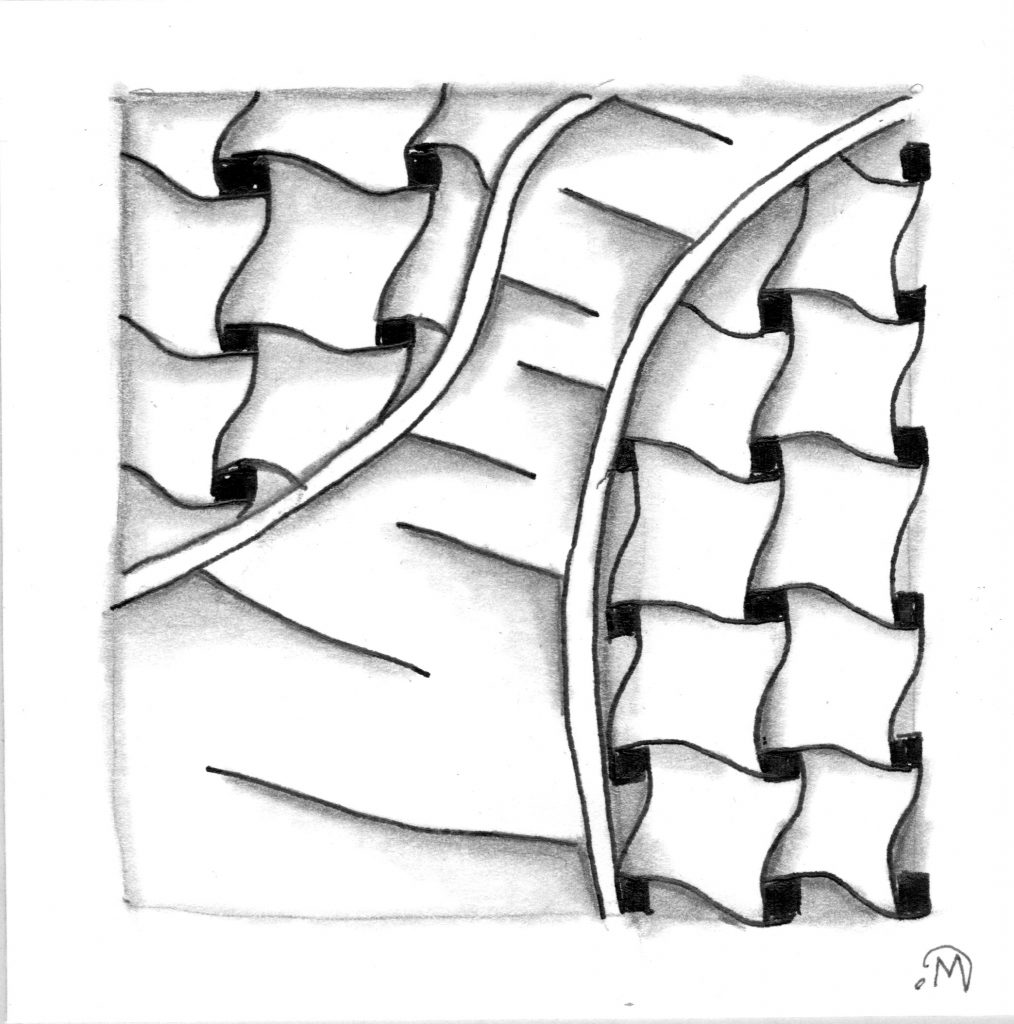 The sun had gone down by the time I got it shaded. So I had to take this picture the best I could. 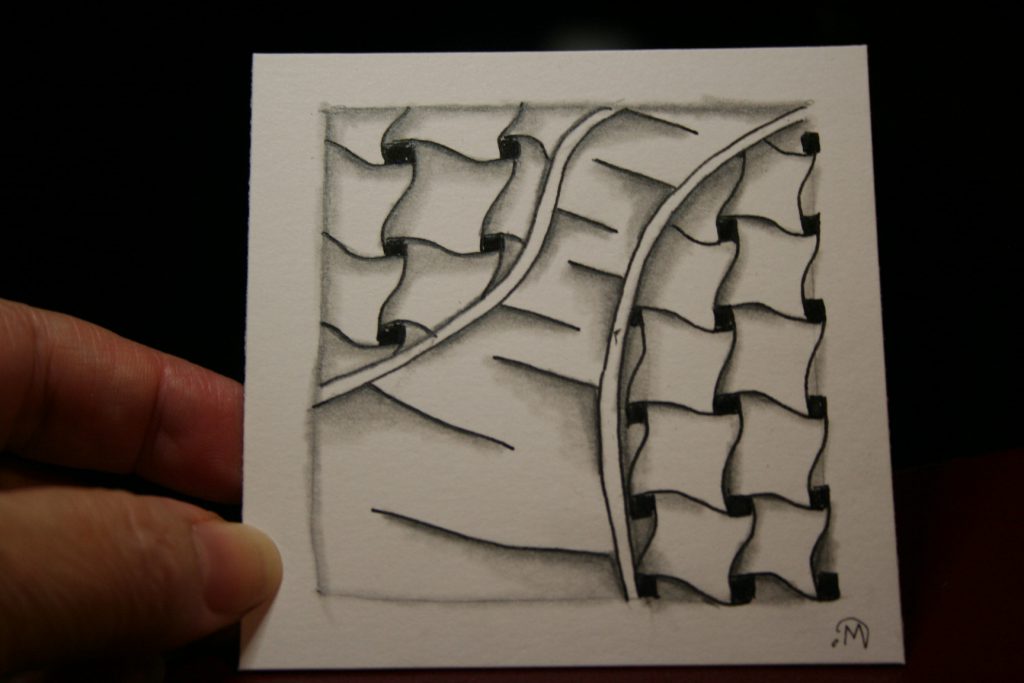 I liked both the process of doing this tile and how it turned out.

I hope your Inktober is going better than mine. 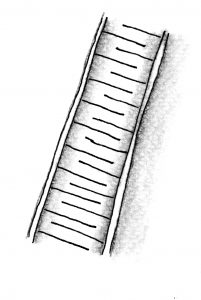 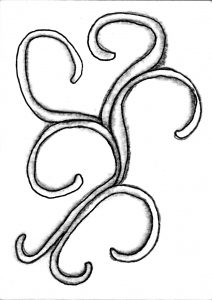 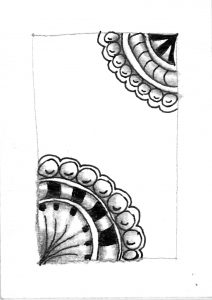 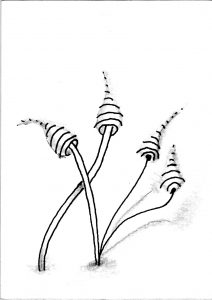 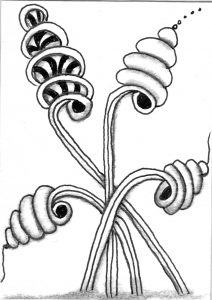 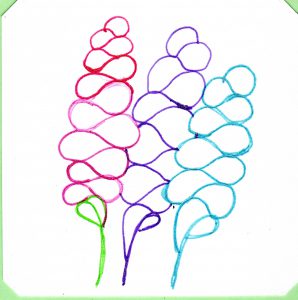 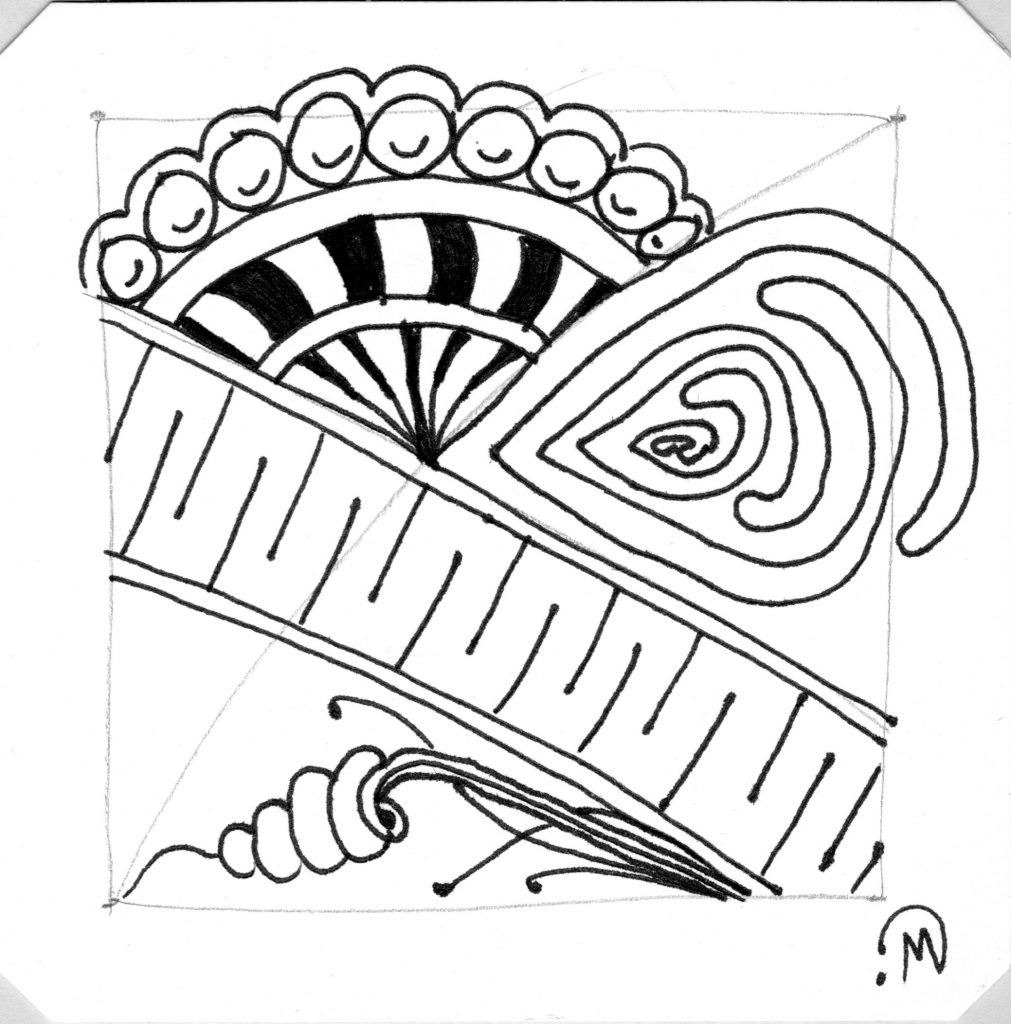 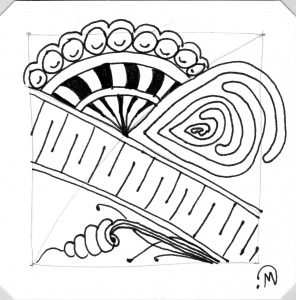 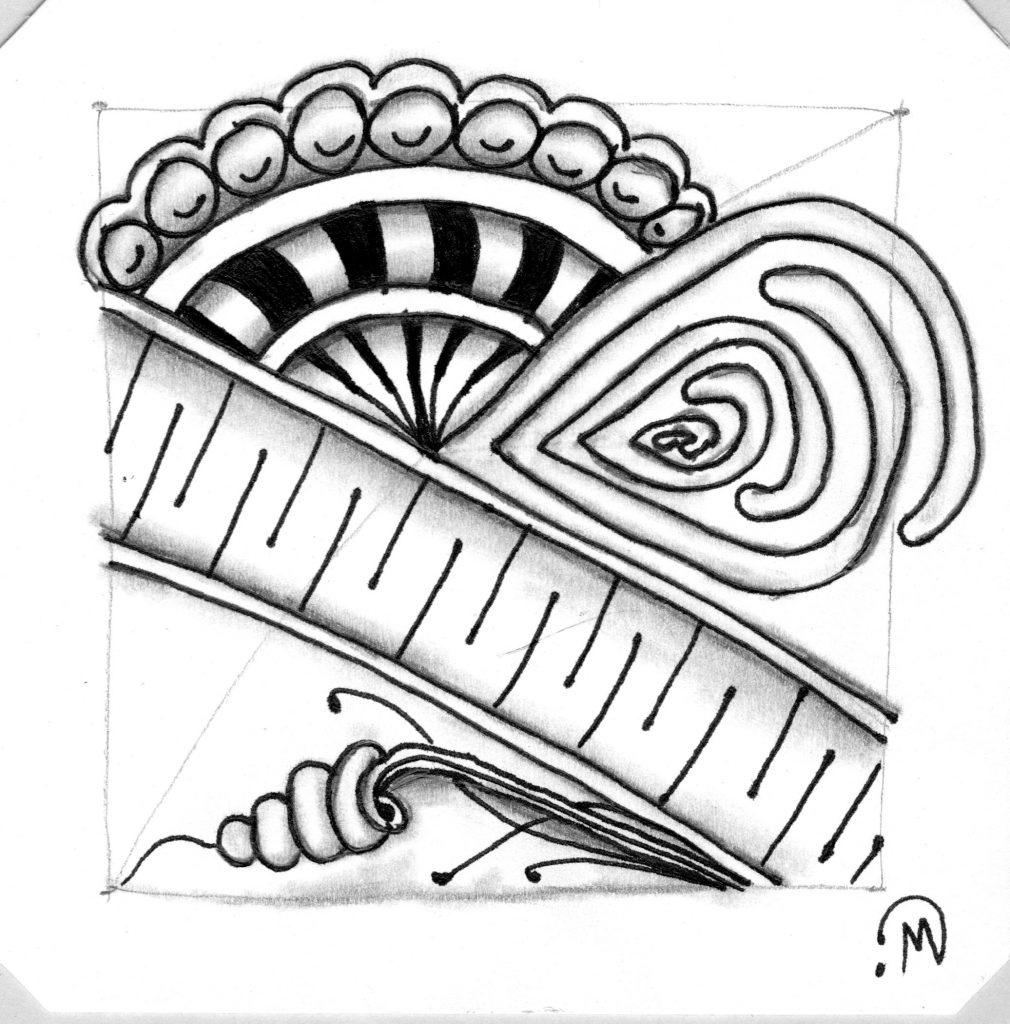 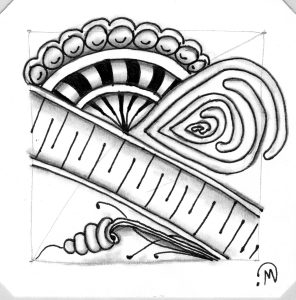 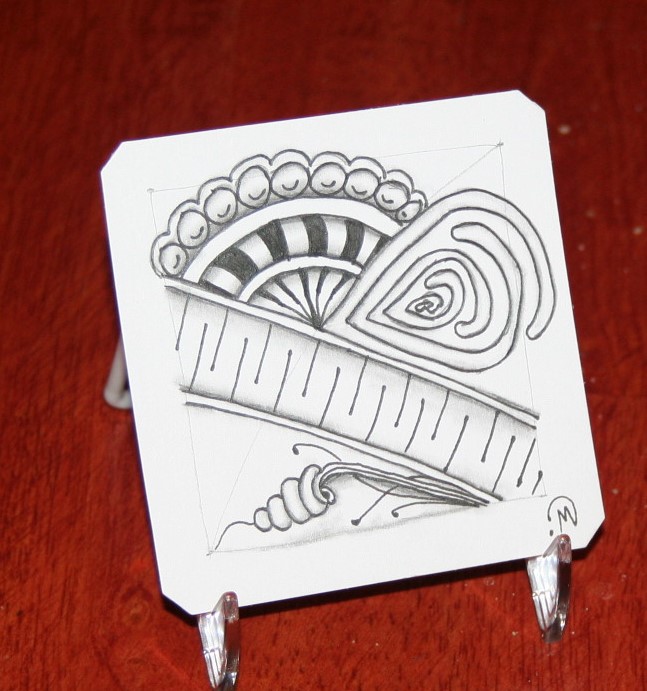 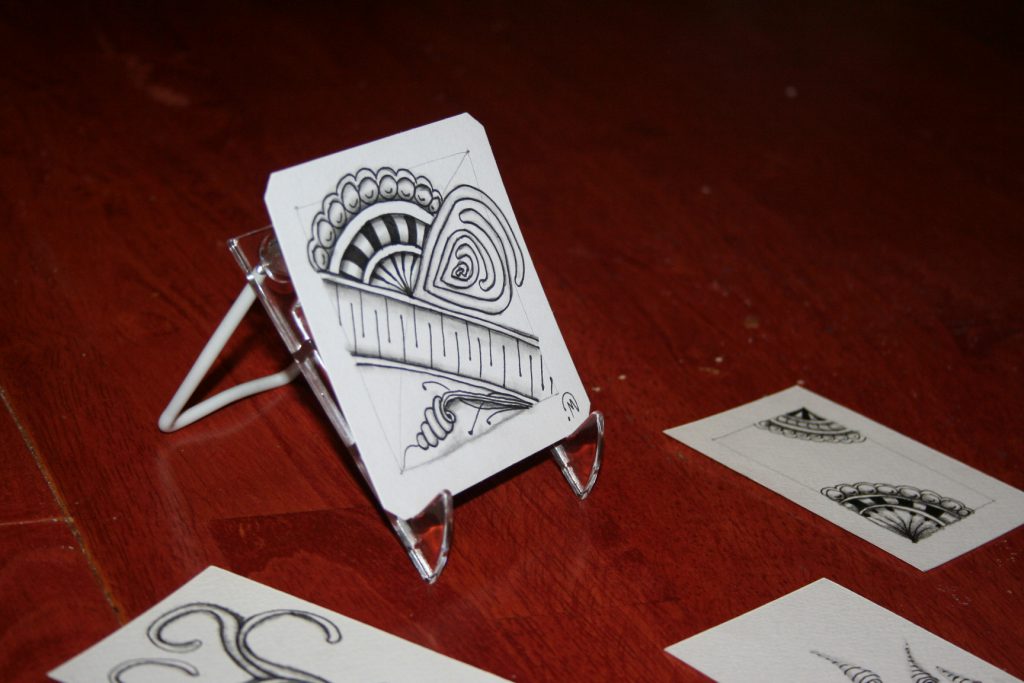 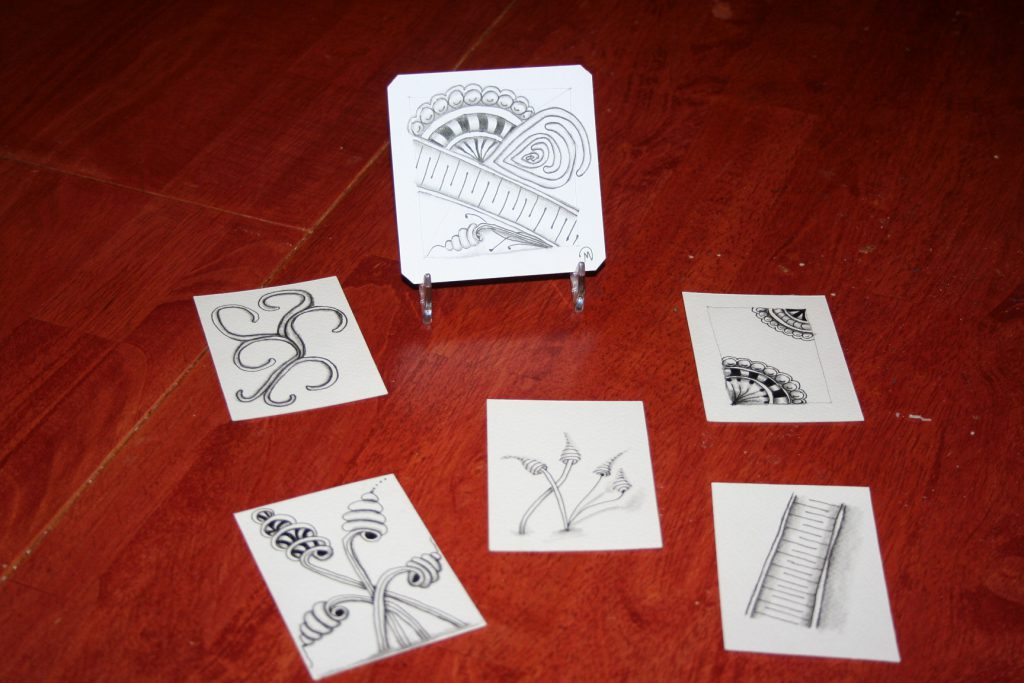