This week’s tangles were Ambler, Paradox, Ratoon, Three & Three, Vermal, Waybop, and Xyp. Some of these are really great tangles: Paradox, Ratoon and Waybop. But Vermal! Really? Looks like alphabet soup. Some people couldn’t even make themselves put this tangle in their projects.

I did simply because I wanted to remember what it was if I ever heard of it again.

Three and Three is a pattern in the strictest use of the word pattern with 3 vertical lines followed by three O’s and repeated as desired. I can see it can be useful in some situations.

Ambler looks so much like Emingle to me. I’m told that Ambler is supposed to be drawn in ribbon fashion, like Hollibaugh though. Okay, whatever.

I already had step-outs for Ambler, Paradox, and Xyp. And although I have used Ratoon before, I didn’t do a step-out for it, so I had four step-outs to do this week.

The other night, I grabbed one of my scratch-off tiles and showed Sean and Tiffany how to draw Waybop. I’m really enjoying that tangle a lot. 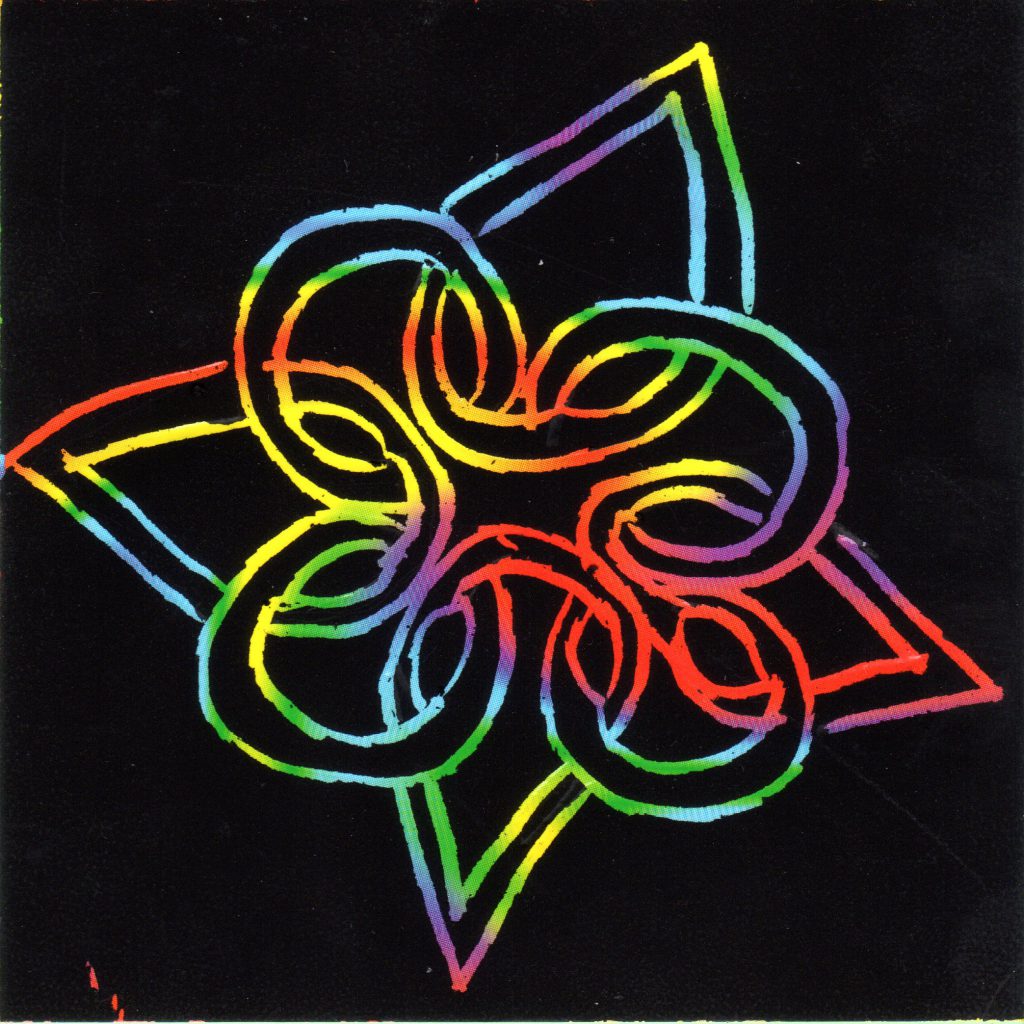 I didn’t get my spacing right and had to squeeze in one more seed but it still turned out nice. I really like it on this rainbow tile.

This week’s string was really loopy and not really conducive to the tangles we had to choose from. But strings are suggestions, so here’s what I did with it. (The first is the scan of my lineart and the second is a picture taken outside in natural light.) 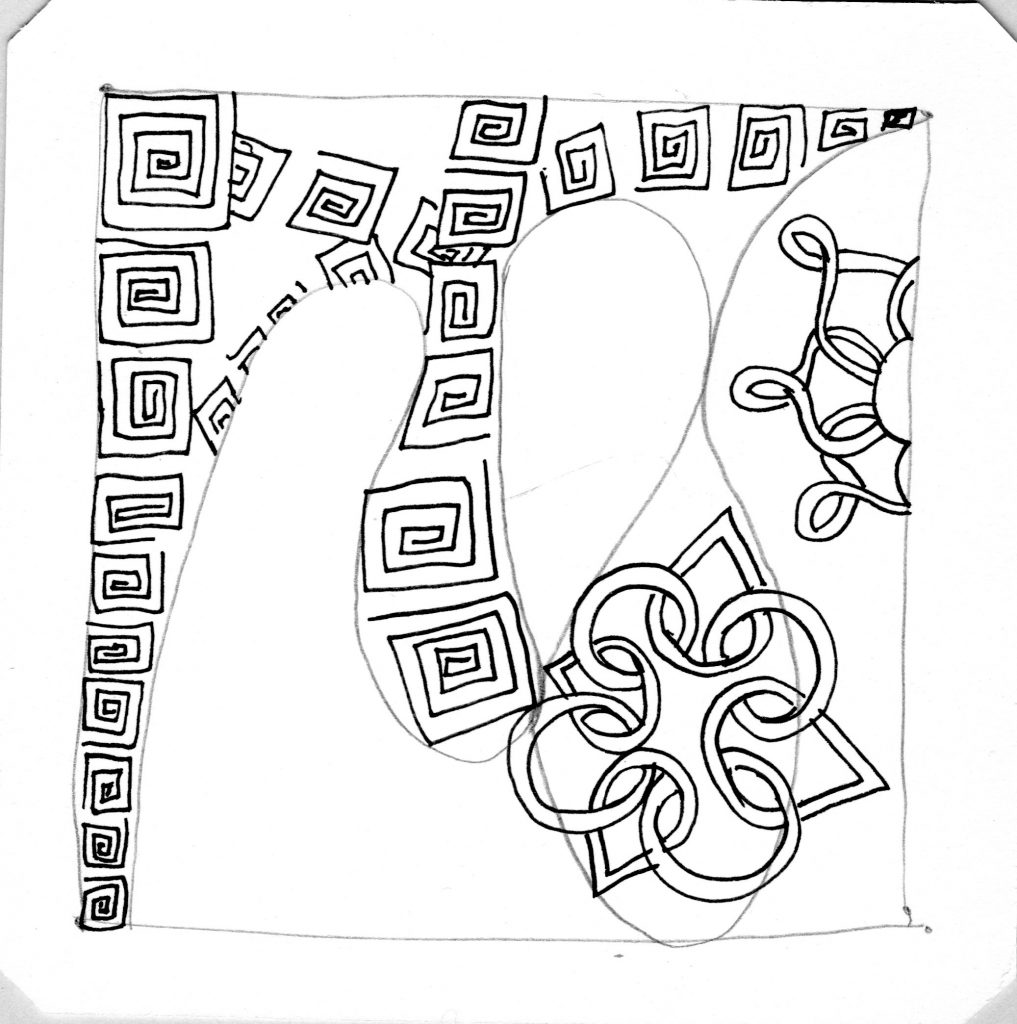 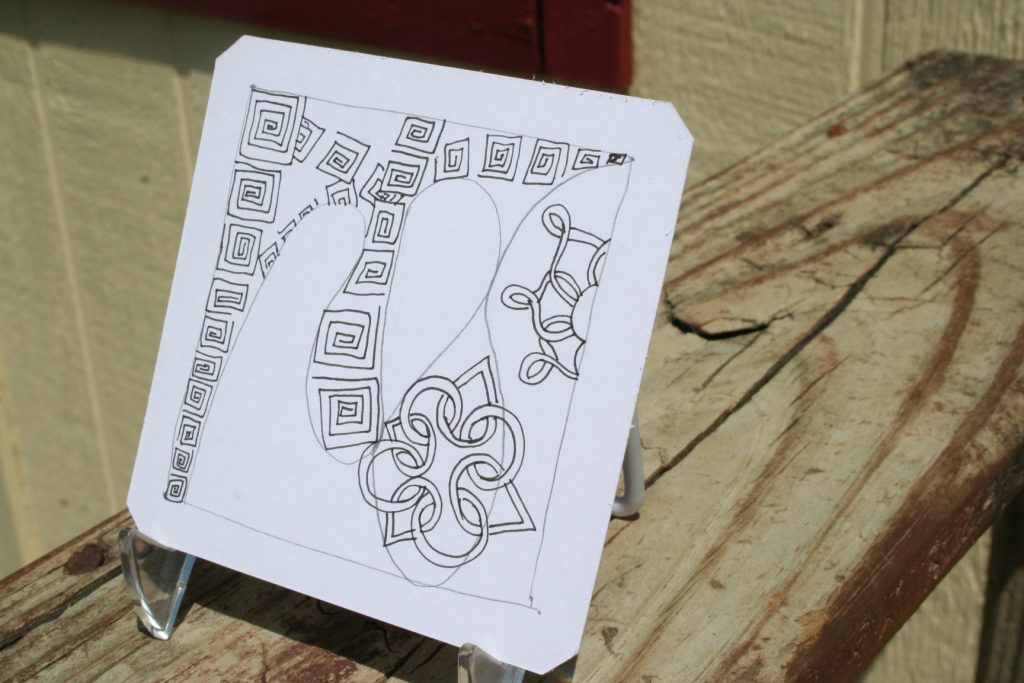 I wasn’t sure what to do about that hill and loop. I thought about blackening them but was afraid it would be too drastic. Then I thought I could try shading it and if I didn’t like it I could blacken it digitally before putting pen to paper. But as it turned out, I rather liked the way it turned out shaded.

Here’s the scan of the finished piece. 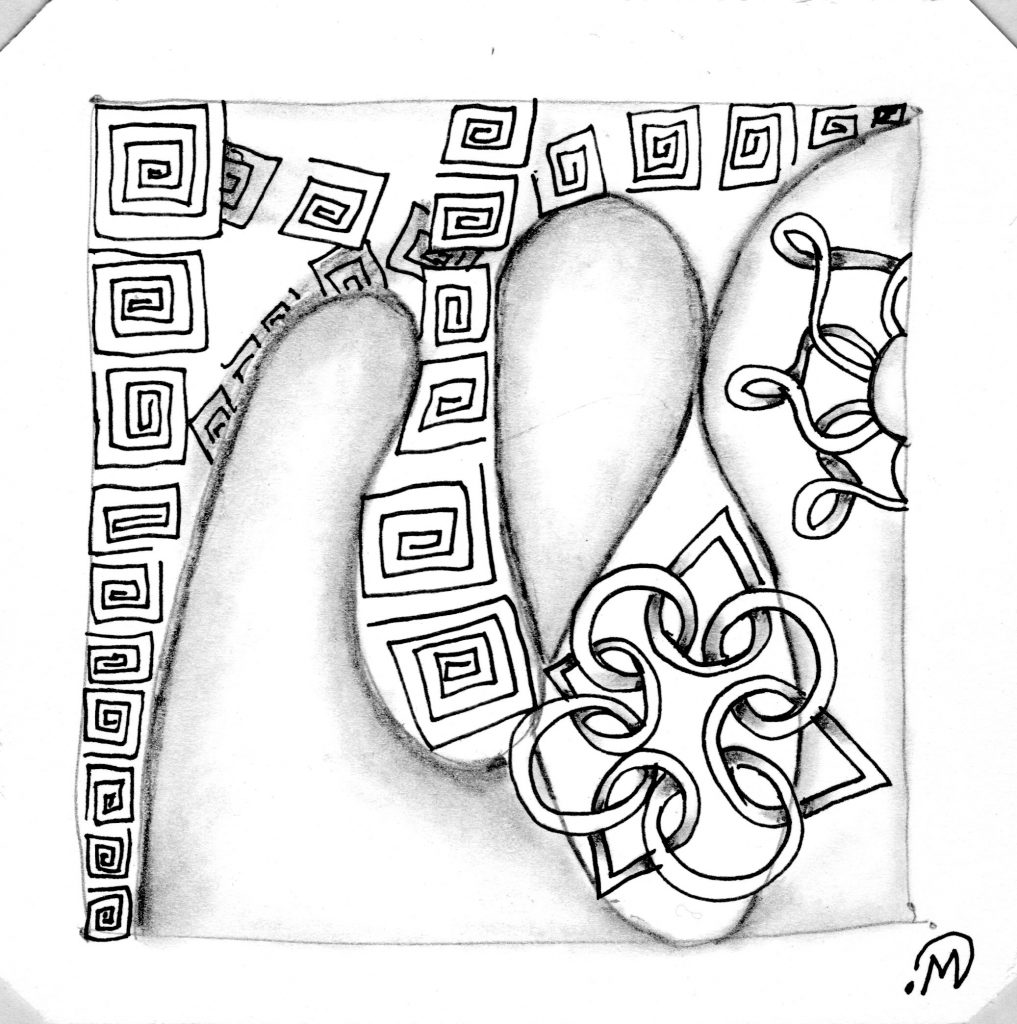 As usual, it looks a bit better smaller. 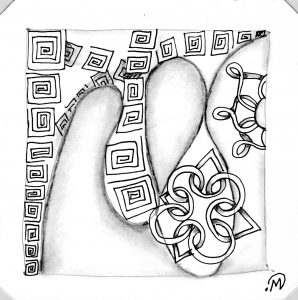 I really like that short ambler on the top of the first loop; it kind of reminds me of a train.

And here it is out in natural light. 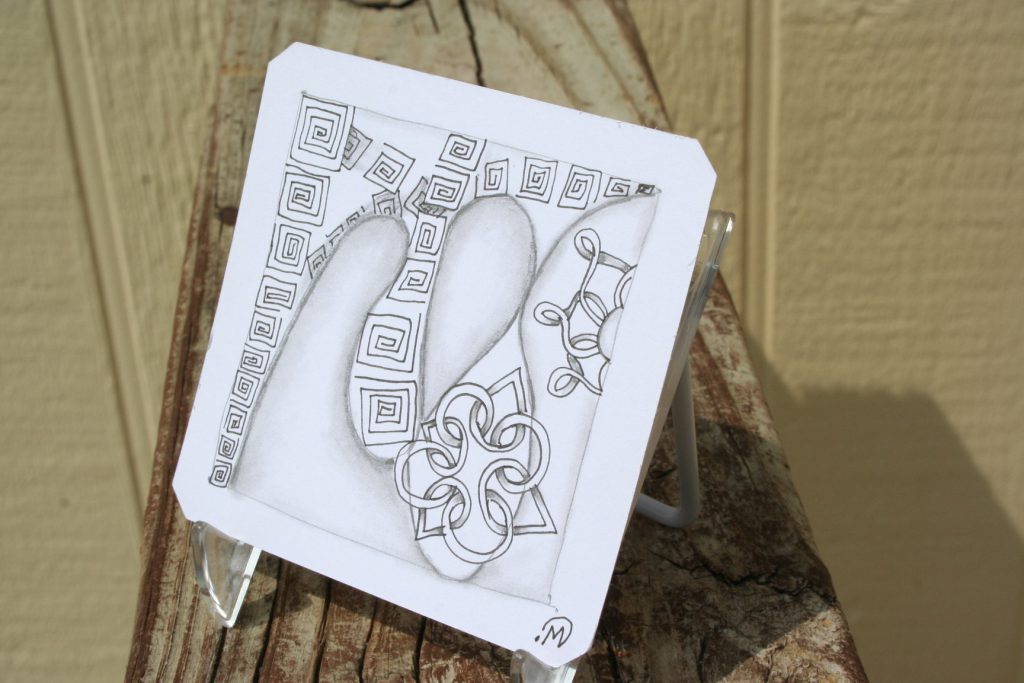 As you can see, I only did half a Ratoon and I tried to keep Waybop in its loop at first, so it is a bit lopsided. But I really like the shading on those two tangles. Not too sure how to shade ambler though.

Well, I’ll run for now. I hope you have a great day.