On birthday celebrations here, the birthday person gets to pick what we do for the evening. Since we were celebrating  Brian’s birthday he got to pick what we did. He chose board games . . . well, card games . . . well . . . Carcassonne and Citadels. These games are suited for large groups as well. I played along with the kids. (It was hot and my hair was in a hair band . . . not very flattering. 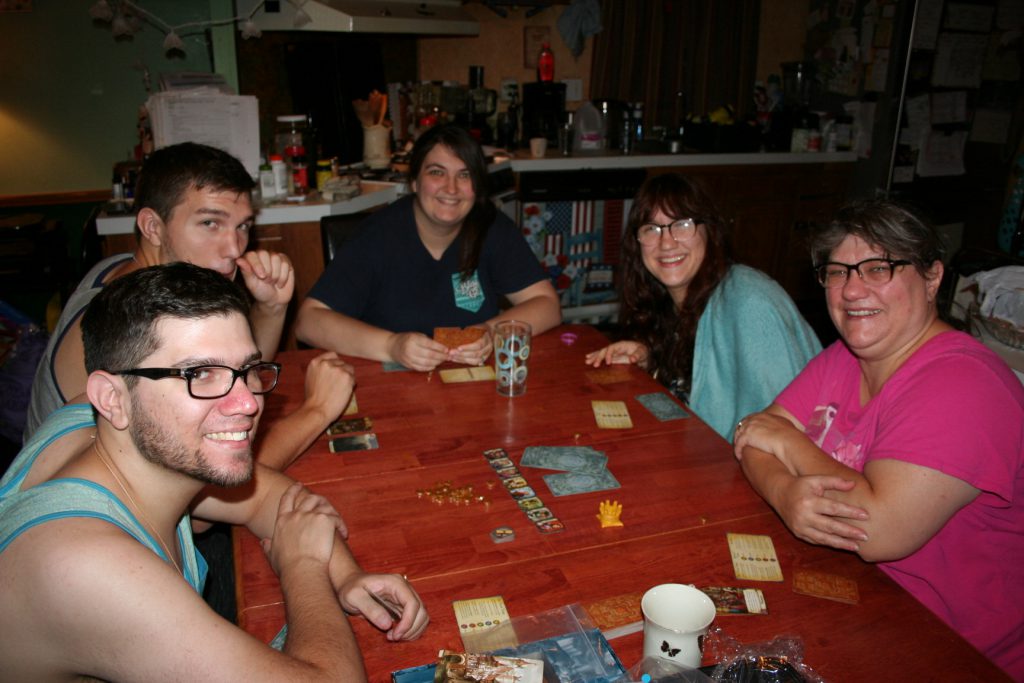 That one is Citadels. Tiffany got Sean the definitive anniversary edition, which means it has several different character sets you can play with. Brian is really good at this kind of strategy game. I think he won both games we played.

We don’t play it often enough for me to get used to it and figure it out, so I’m always fumbling through the game with barely any points.

But it is fun together time.

We had breakfast and played another game of Citadel. We only played one game of Carcassonne. It’s kind of like playing dominoes, only with land and tiles instead of numbers. 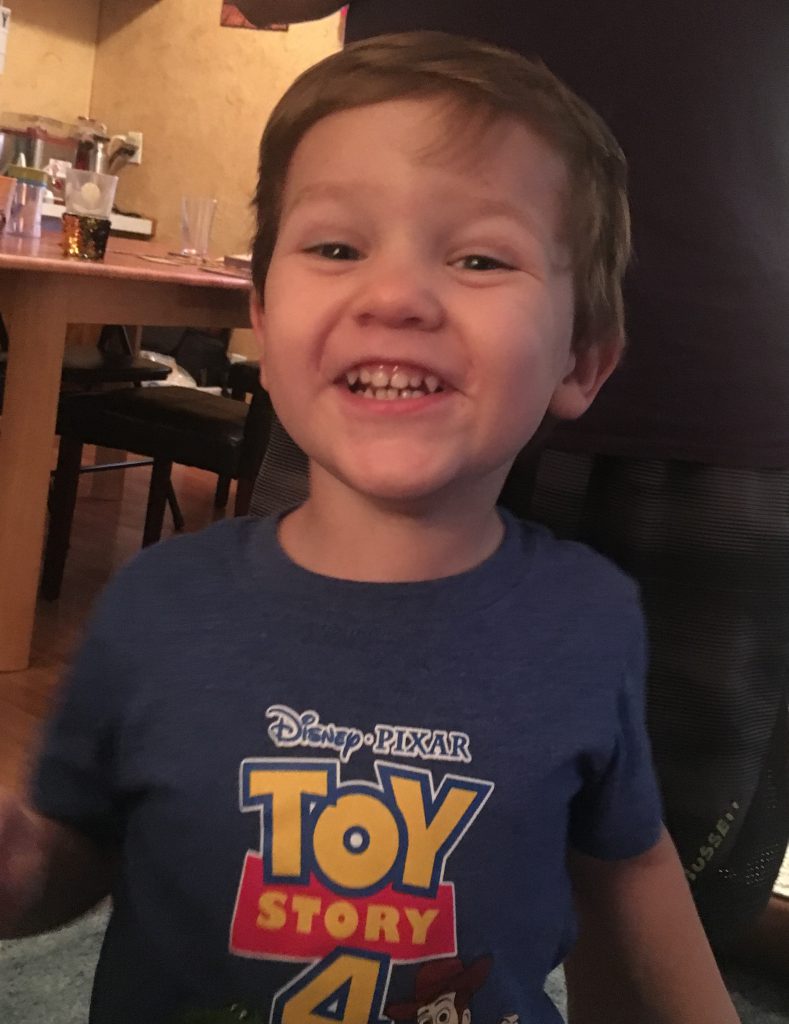 We had a Dory toy that he found end was playing with. He was having a good time.

Sunday afternoon we went to my parents’ home with my little sister and her family to celebrate some more. 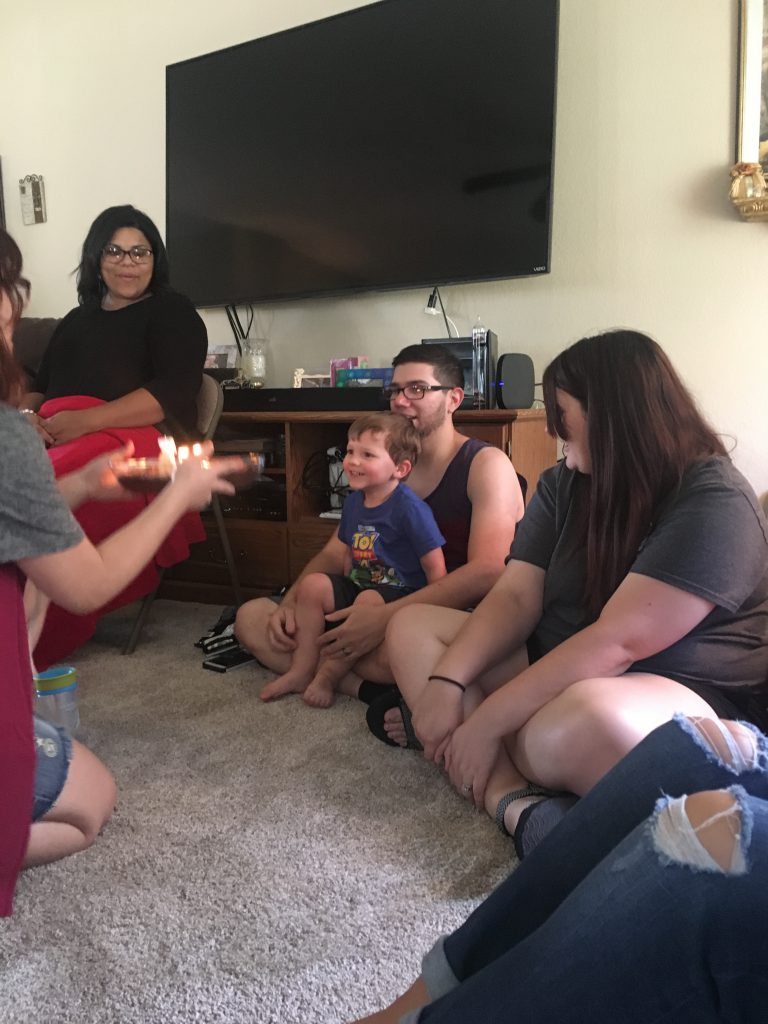 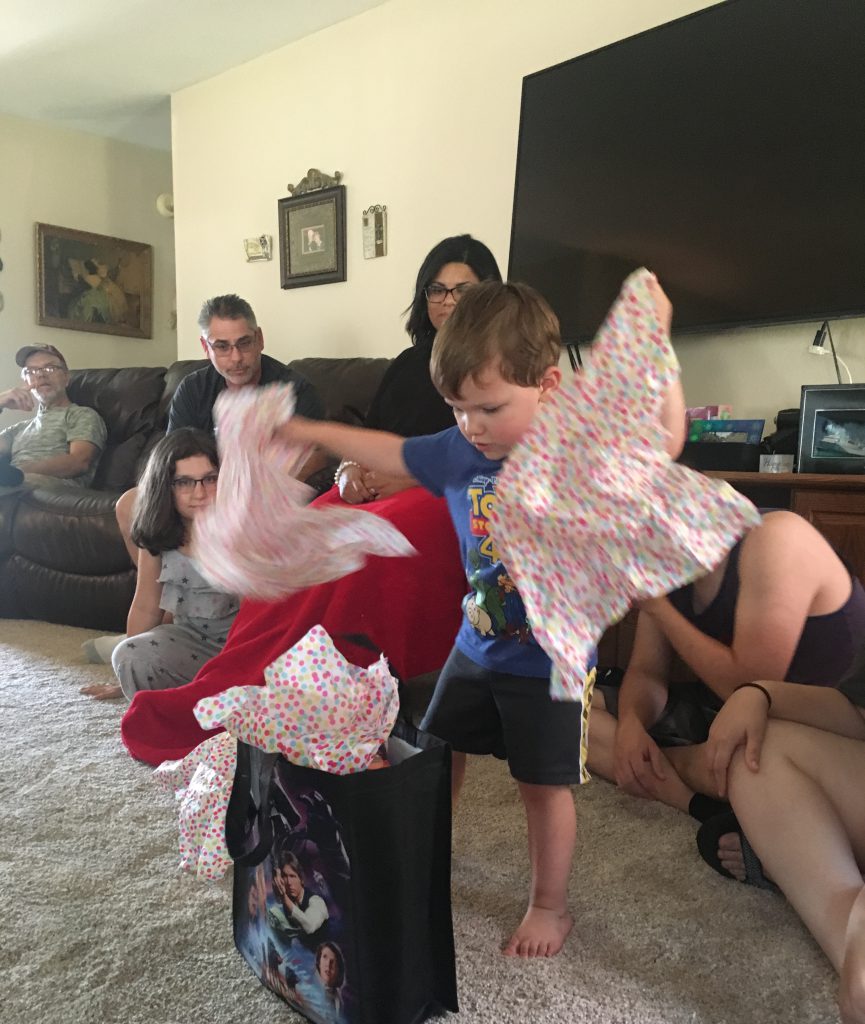 It’s so fun to see little ones and their expressions. He is  bundle of energy!!!

After the opening of gifts, he loved playing with them! He went and kissed my dad’s knee and hugged my mom, thanking them for his gift–PJ Masks something or other.

The bigger kids were playing some pac man like game that Sean had on the Switch and Tiffany let Liam try for a bit. 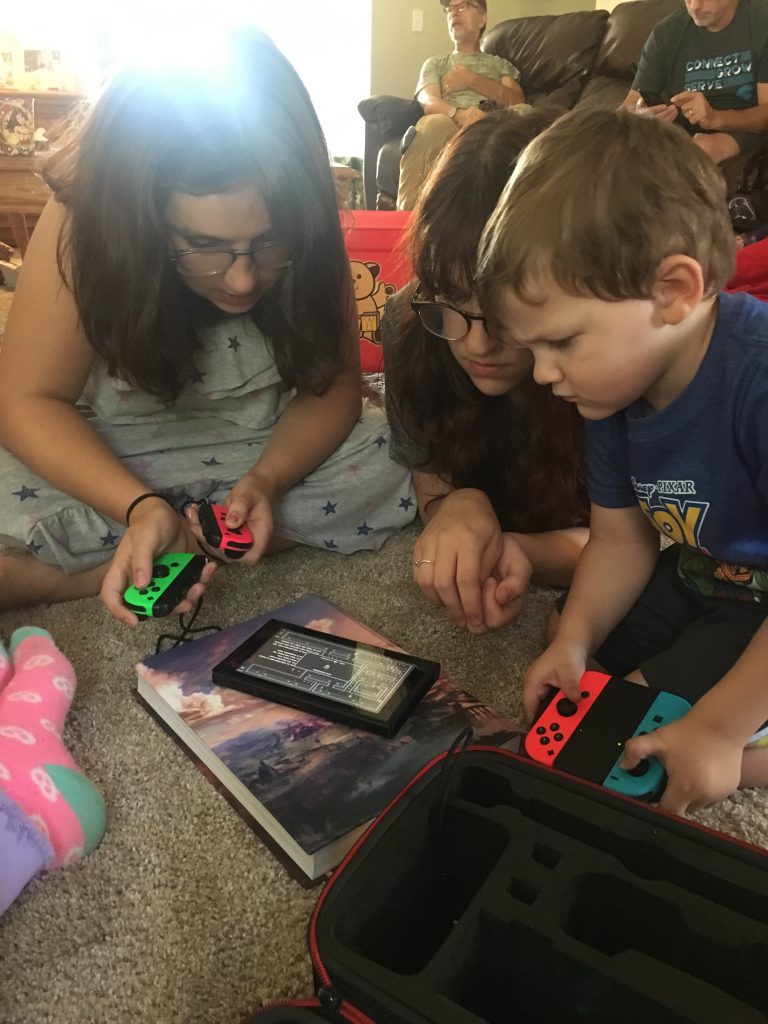 Nana helped him get his Toy Story Duplos out of the box. 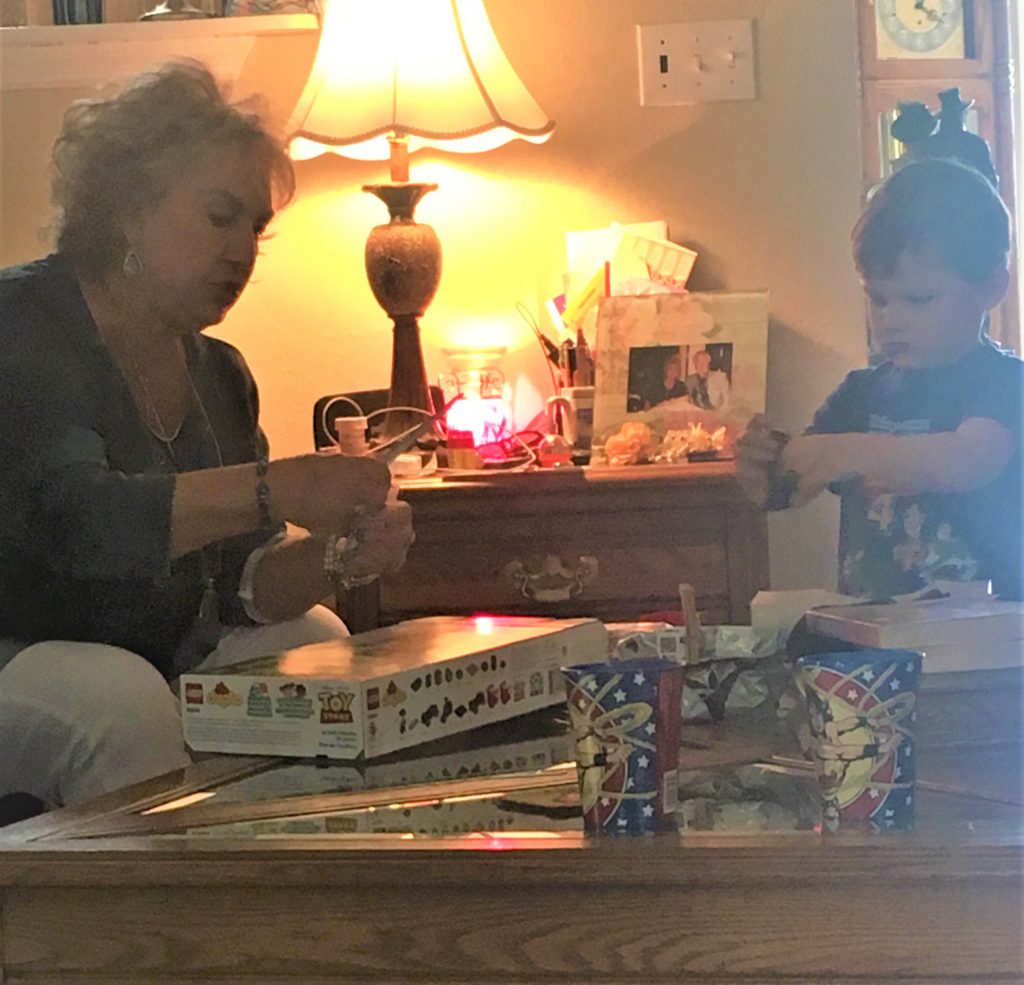 It was a good weekend! Very glad to have spent it with family!

I hope you have a great weekend. It’s Labor Day weekend and I have no idea what we are going to do.

(Don’t forget to check out our Youtube video tomorrow.)