Okay, you probably get that I love snow.

But I love snow in the south where it’s here today and gone in a couple of days. But I love to get a lot of it . . . which is relative but here it means at least three inches but preferably more. The news said we got about five inches but then it snowed a little bit more for a couple hours and the flakes were quite large for a bit. I love watching large snow flakes fall–it makes me happy. 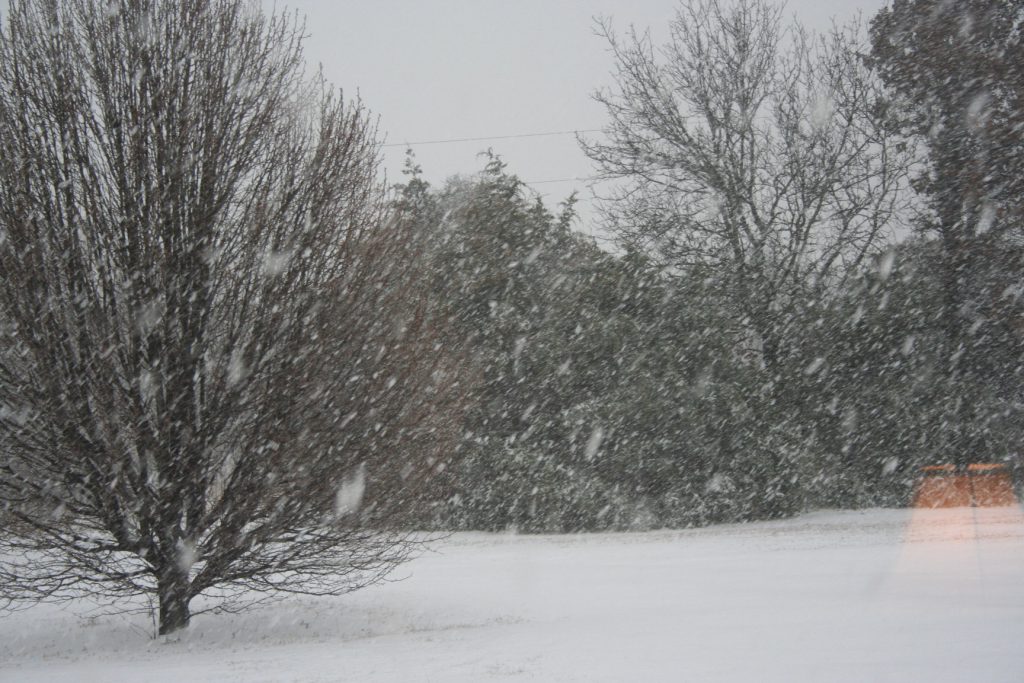 We had a while when we got some nice big snow flakes!

I love big snow flakes. Tiffany went outside and got some pictures for me. She takes some really nice pictures. 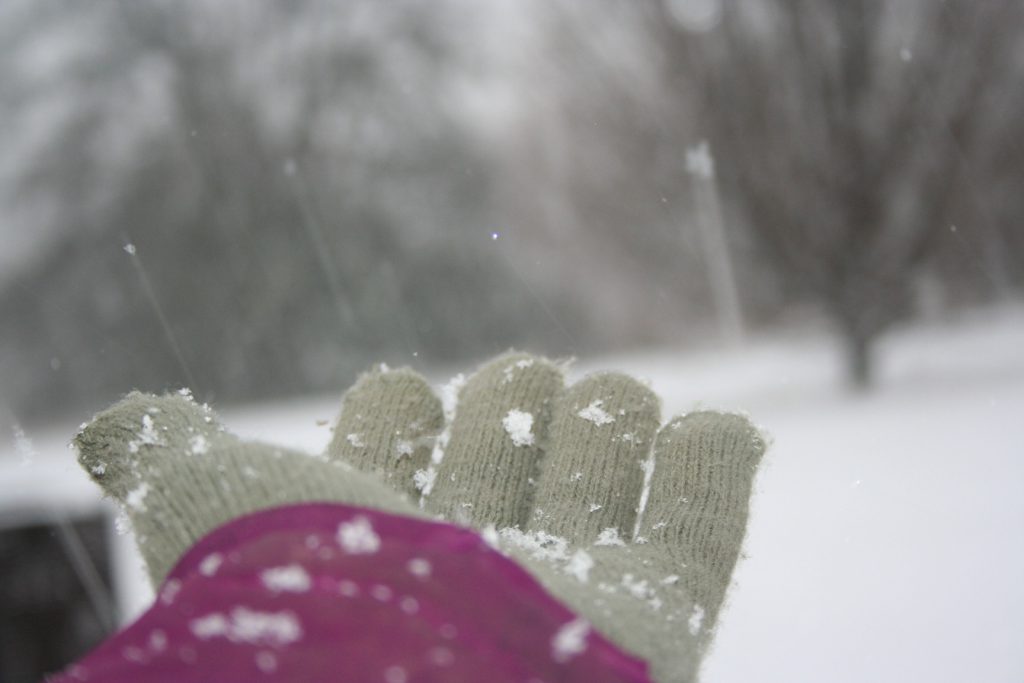 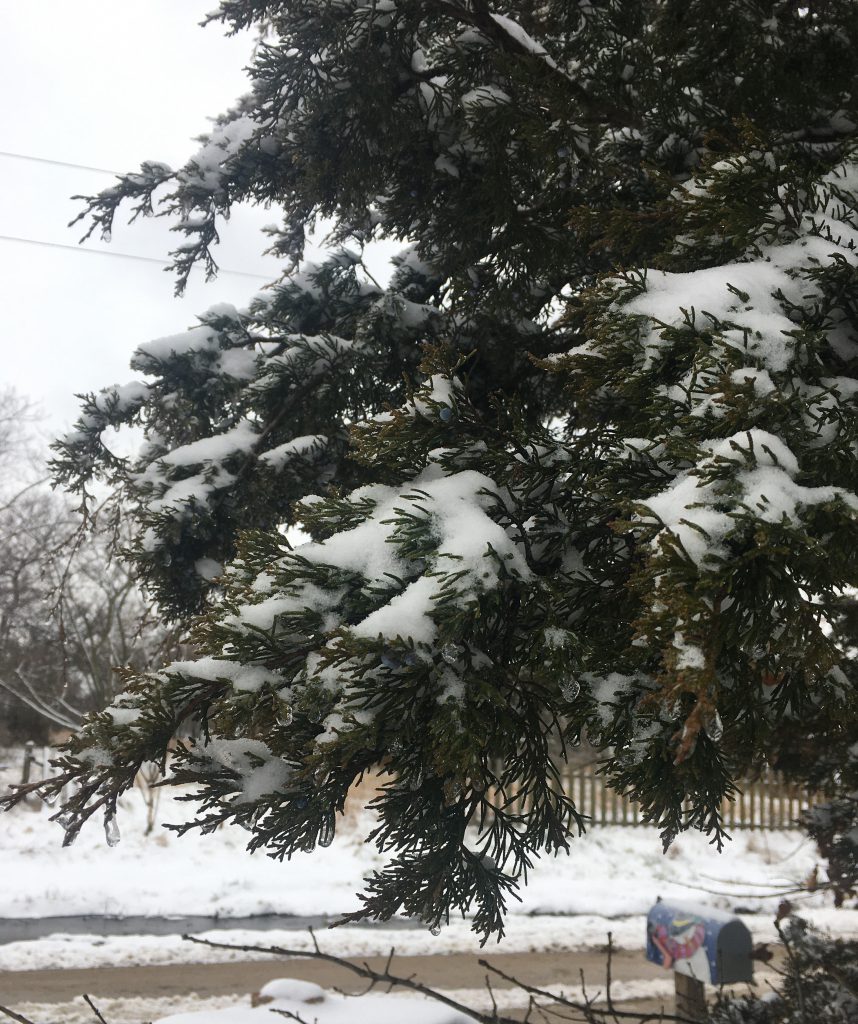 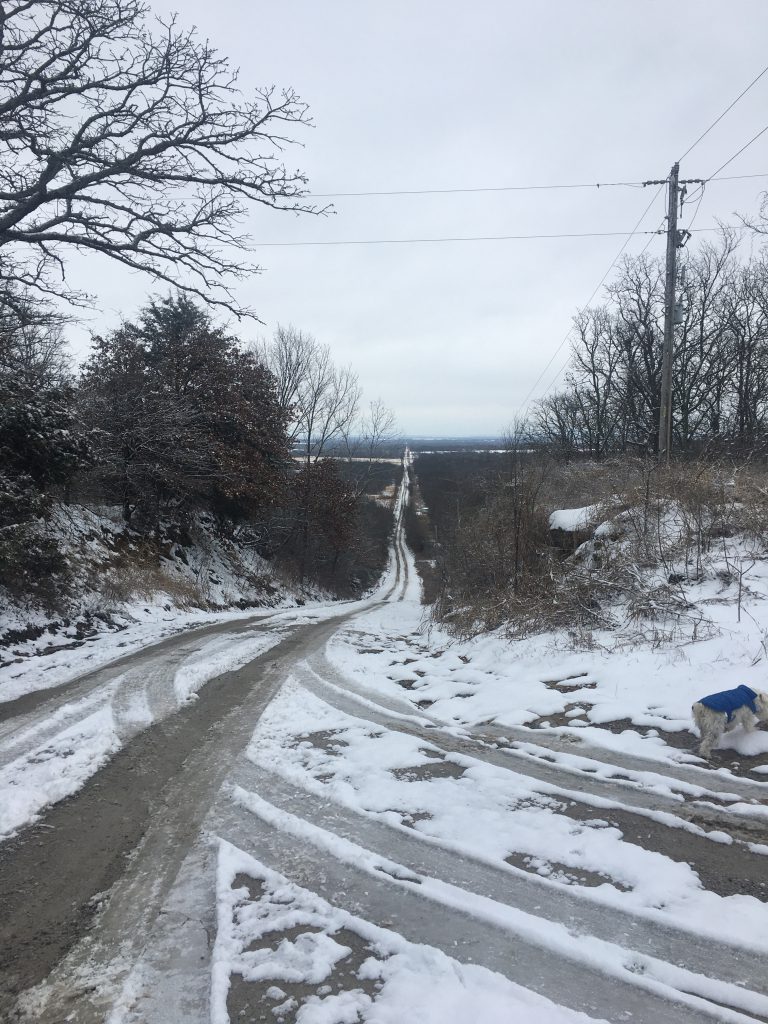 Although our yard got a good covering the road did not. But that is okay because our sleds are no more. We really must get some to be ready if we ever get enough snow on this hill (again).

Yesterday afternoon the sun came out and started the melting process. By early afternoon the porch railing was nearly dry . . . okay, there was no snow left on it though. 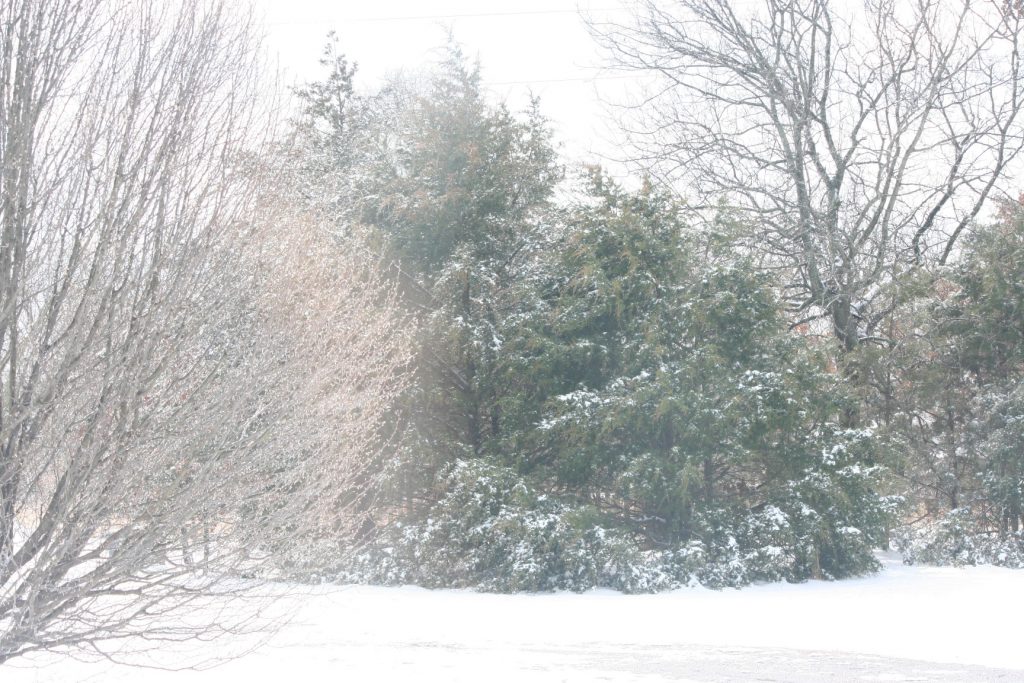 Well, you probably can’t tell in the picture above but the sun was definitely shining and it was nice and bright. The remnants of the snow should be gone by this afternoon. No time for it to get all dirty and nasty–just beautiful clean white snow.

Lauren, being the dutiful daughter-in-love, sent video and pictures of Liam and Brian’s fun in the snow. 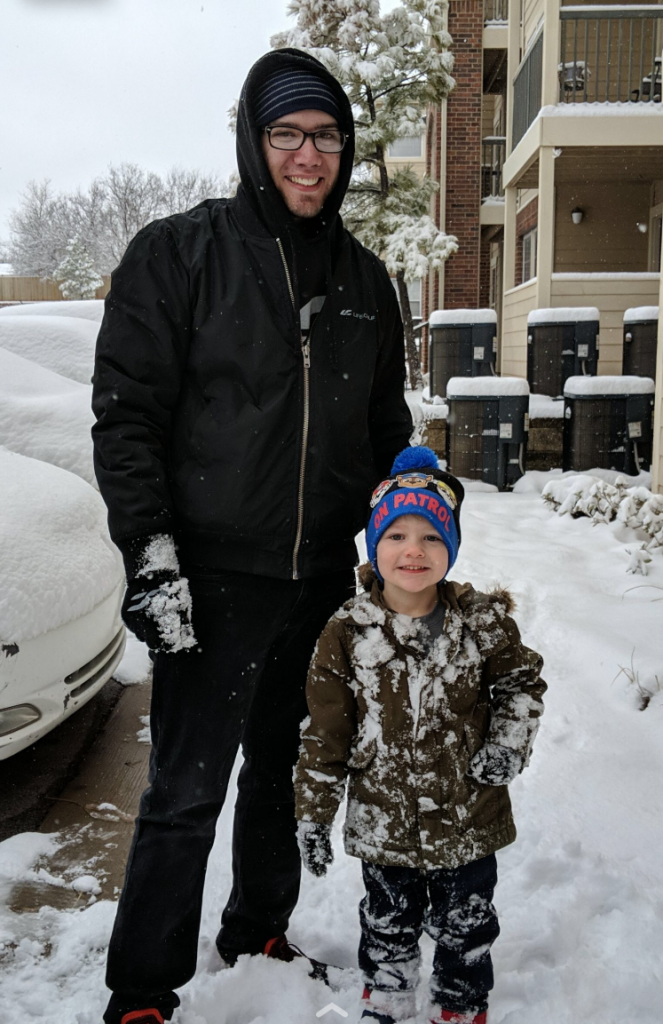 In other happenings this week, I decided to continue with the modern calligraphy class that goes through June this year. I did myself a favor and purchased the bundle last weekend of all the workbooks for the rest of the semester so that I don’t have to worry with purchasing during the sale at the end of each semester (plus I think I may have gotten a bit of a discount by getting all of them at once).

There was a challenge given to try our hand at the miniscules (lower case letters) before we even look at the workbook. This is the paper that Becca (the teacher) uses and recommends. Since I struggled seeing the lines of the workbook through my cheap tracing paper, I decided to pick this up, since I could get it at Michael’s with a 40% off coupon. That brought the cost down to around $6.50 for the 80 sheets. It’s “high grade vellum paper.” However, most of the vellum paper I’ve seen is . . . I don’t know  . . . more see-through. 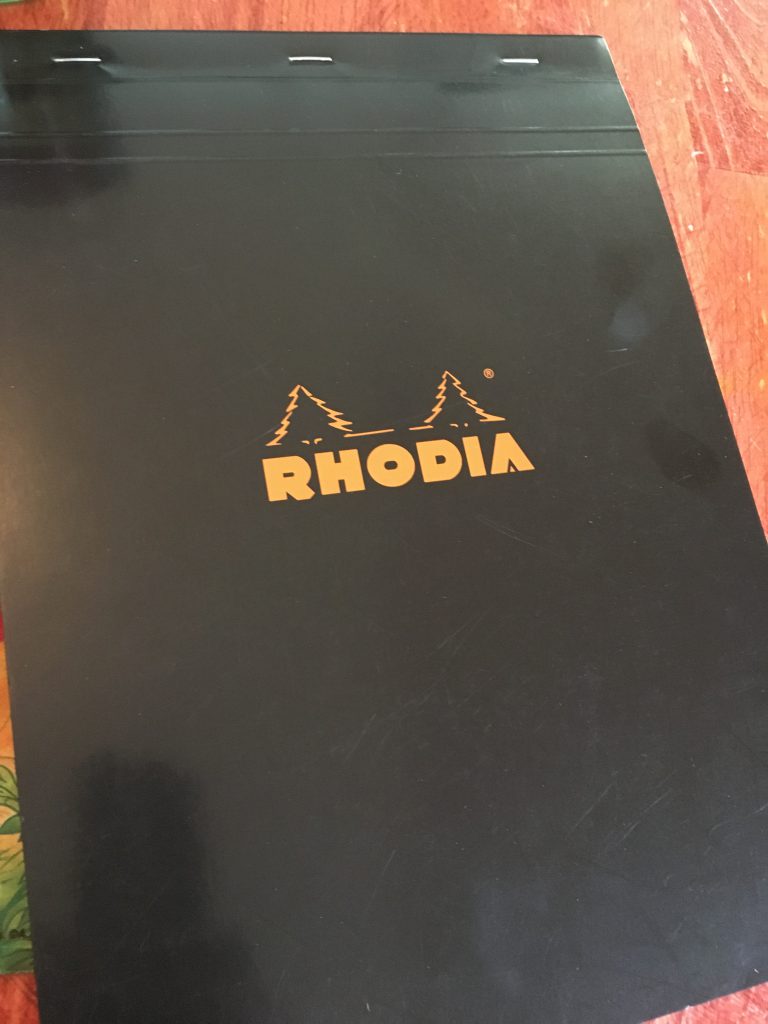 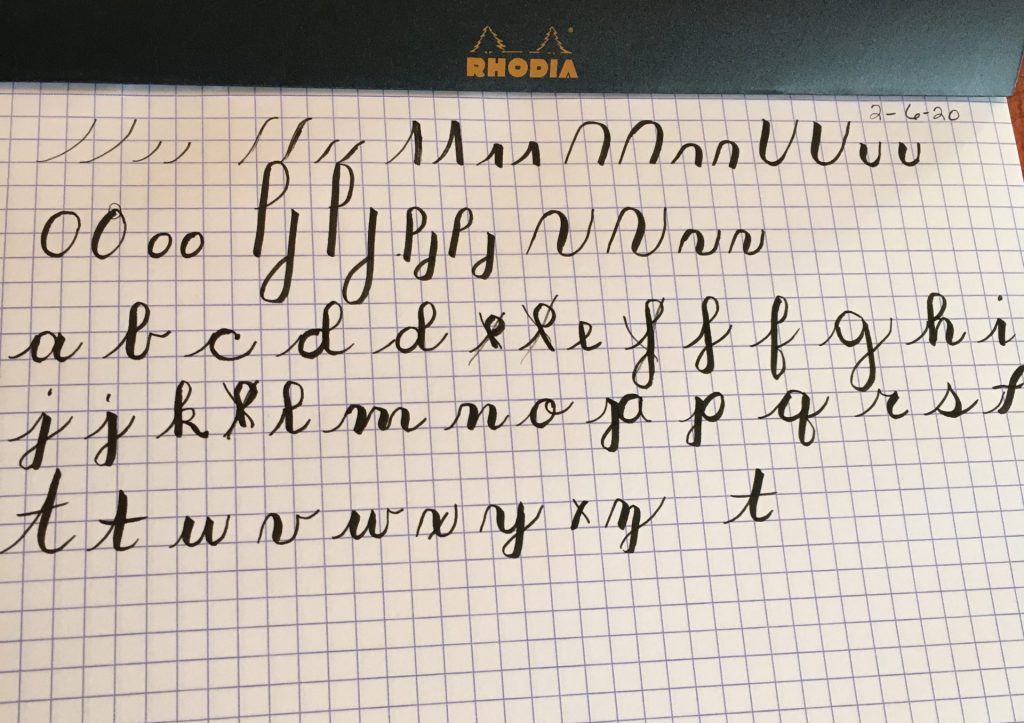 I put the drill strokes at the top, so that I could see them as I thought about how to make each letter. I’m looking forward to continuing with this.

A word about our youtube channel: Joyous Jabbers, I mentioned on previous Fridays about a video we’d done or planned to do but it has not yet materialized on the channel. Yeah, we completely forgot about filming a video right around the new year and then sickness invaded our home.

It is harder to film videos when the menfolk are home, as they were for several weeks at the beginning of the year. It’s not an excuse, just another contributing factor to our absence.

I’m going to go ahead and put both of those videos together that we made about my meat bargain shopping and upload it, hopefully this weekend. And once we get one up, it will be momentum to keep moving and uploading.

So I guess I only mention it to say, that we haven’t abandoned the channel completely and are just newbies at all of that. We’ll get our acts together, soon–I hope.

I hope you have a great weekend!