It’s been a quiet week. Tiffany mysteriously got sick Sunday night with a really nasty tummy bug. She was up most of the night and couldn’t find the heating pad, so she needed to wake me up to find it, hoping it would give some relief. This meant I got up and after a short while, so did Michael. It was quiet a trying time for all three of us, even though I’m certain it was worse of all for Tiffany. We prayed, soothed, and did whatever medicating we could think to do and she finally was calm enough for us to go back to bed.

Come morning, I got Sean sent off to work and Michael ran to the grocery store for some ginger ale and pepto bismol. Ginger ale is one of the best things you can drink for indigestion and upset stomach because the ginger helps to calm it. Just read the ingredients to be certain the brand you purchase actually has ginger in it; sadly, some do not.

Michael got back with the goods and Tiffany was situated on the sofa. Yes, that is what we do when someone isn’t feeling well. Seems kind of silly to bring them and their germs into the main area where the rest of the family hangs out but it makes it easier to communicate AND easier to get the sick one’s mind off of their situation. We put on You’ve Got Mail which is a favorite of ours and we’ve seen it dozens of times, so it is easy to drift off to sleep while it is on. Up next was Kate and Leopold for the same reasons. 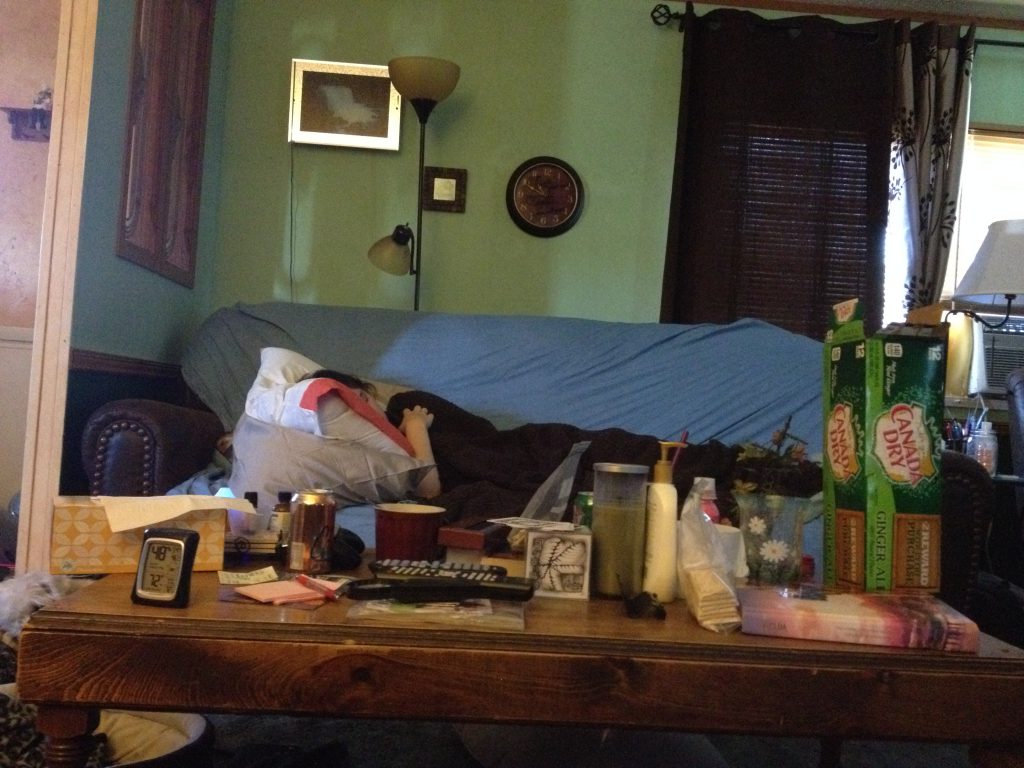 Thankfully she was able get some rest around nine. She’s had to take it easy the rest of the week but has been fine.

Unfortunately, we weren’t able to watch Liam this week because of it though. Surely did not want that little cutie to have that miserable mess nor his parents to have to deal with it. It is hard enough with an adult but way worse when it is a wee one and they cannot communicate.

We did have him over last week though. As you can see, we still had some of the birthday decorations up from Sean’s birthday. Liam crawled over to Michael and pulled himself up at his chair, so Michael pulled him up with him. 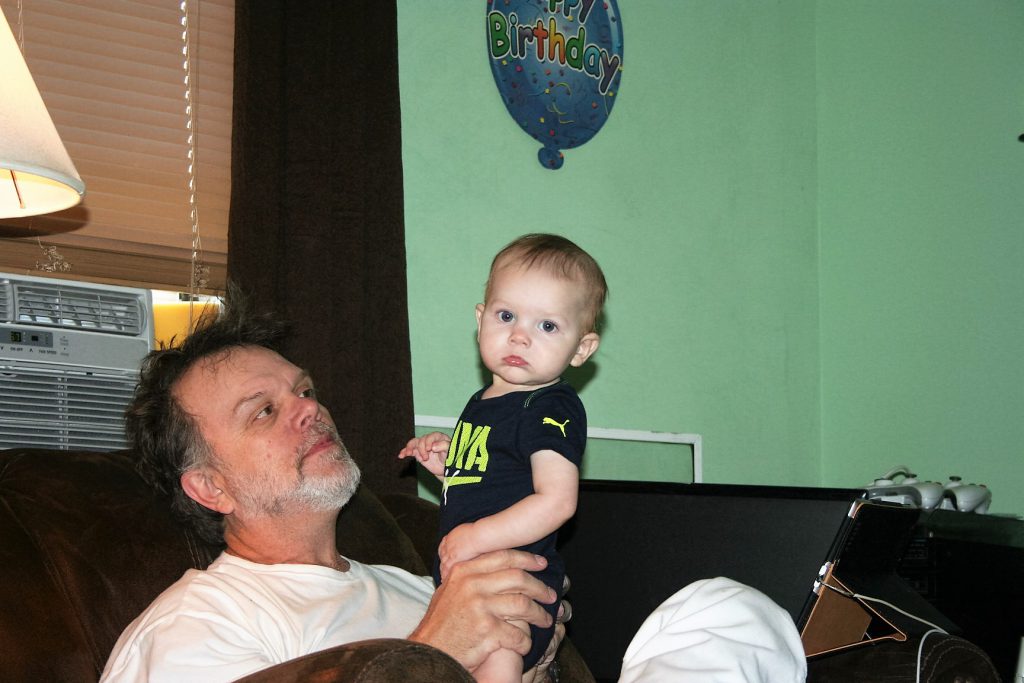 He got up and then decided he wanted down. So Papa got down and played with him. 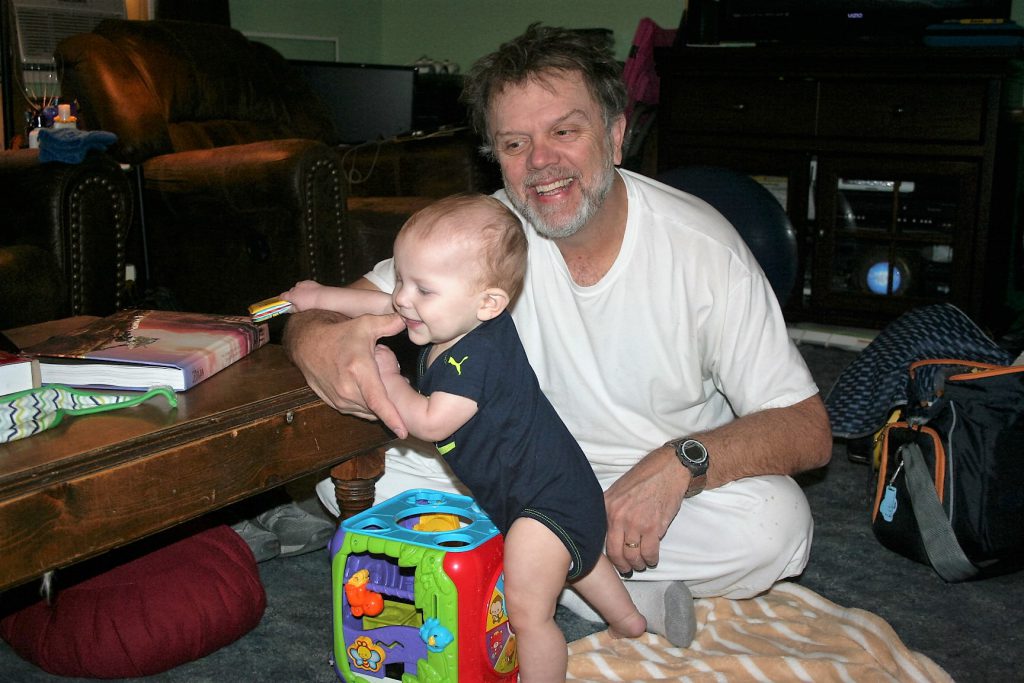 I try to give him some kind of snack when we eat dinner. 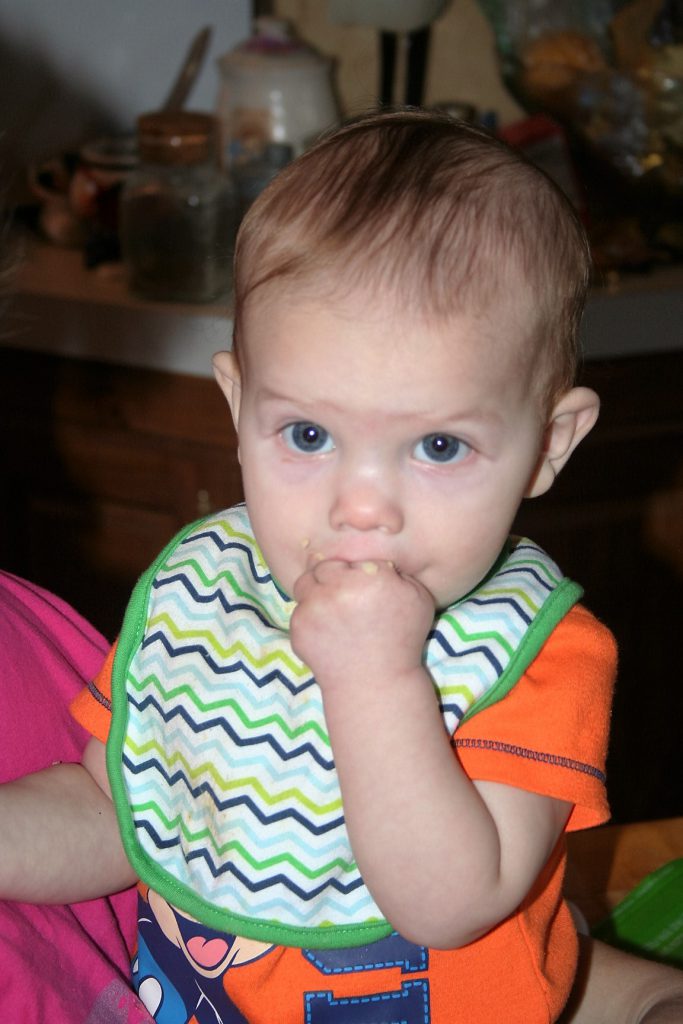 We have to be very careful about what we give him because there are a way too many things that he can choke on right now.

On a completely different subject, I finally cleaned out the cabinet under my bathroom sink. I sure wish I’d taken a before picture but to be honest I was too embarrassed by it to do so. But it sure does look good now. 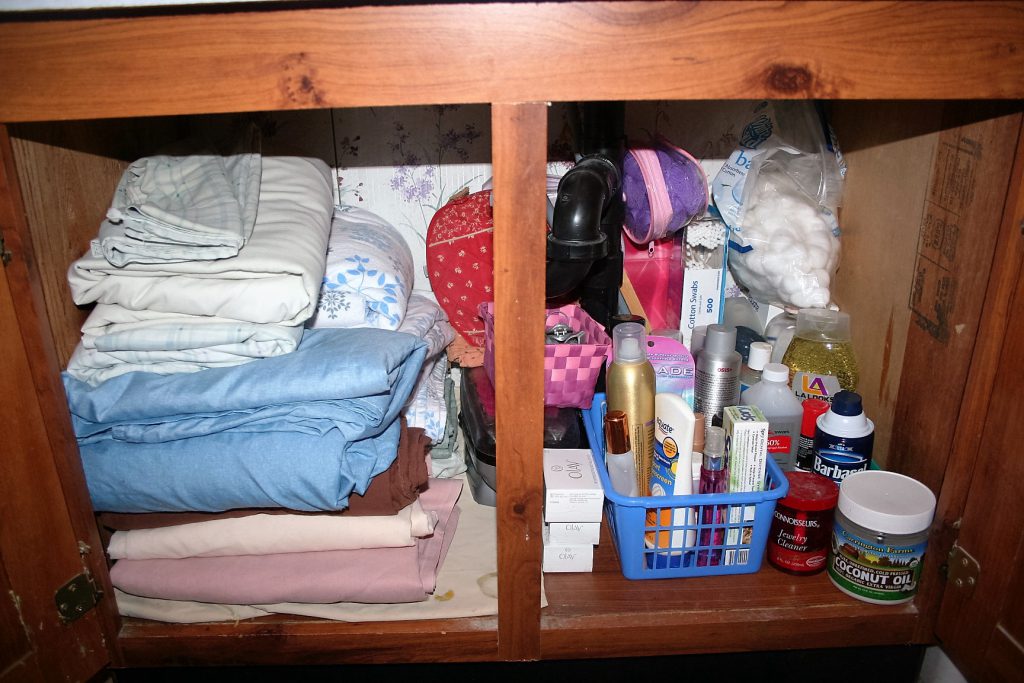 I found a different shower curtain in the cabinet and decided to hang it for a nice change.

We needed to replace our blind on our living room front window. What do you think? 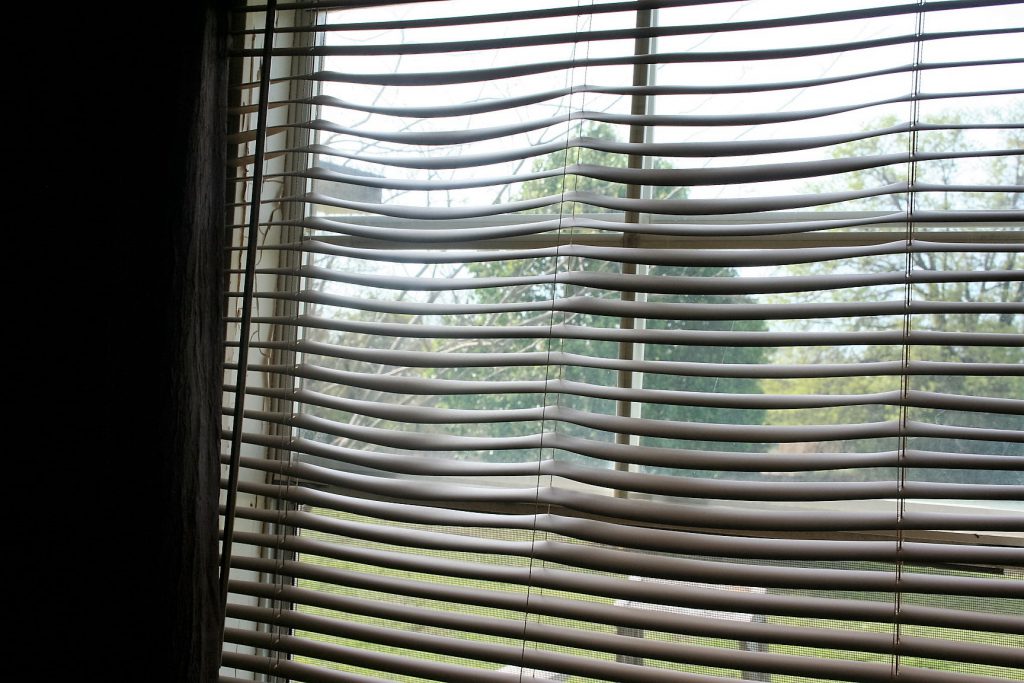 I think this happened in December because we had a plasticy/vinyl  bow on our front door and it had the same problem. Yep! December was so hot it warped our blind and ‘melted’ a Christmas bow. I wish I had a picture of the bow to share, but alas, I do not.

I hope you have a great Easter!