Well, here it is Friday once again. Another week is gone and we are now nearly half way into September. At this rate, Christmas will be here before we know it. 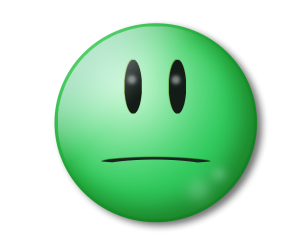 Last week Tiffany and I awoke on errand day with our stomachs not feeling right. I hoped that I was just hungry and would feel better after breakfast but breakfast made no impact whatsoever on the feeling. When Tiffany notified Michael of our situation, he said he and Sean would pick up the groceries. Such sweeties!!!

Well, they decided they were too tired to do it after work that day and would go Saturday morning when Tiffany and I left to go help my parents with their moving sale. They kindly brought by some Halo Top ice cream for Tiff and I and ice cream of my parents’ choice for them. It was a nice snack.

They also noted that they would not desire to get groceries on a Saturday morning again.

My parents have LOTS of stuff in the house for sale. Mom put the larger pieces on Facebook Marketplace and advertised the sale both there and on craig’s list. It was very encouraging when we had people show up before the opening time. You see, my parents live pretty far out in the country, so we were concerned that we’d get very many people at all.

Those first people bought my dad’s old ham radio and some other miscellaneous things of his.

It’s funny because the majority of the stuff is Mom’s and Dad got most of the profits from the day.

Two couples came by a little later. One couple was older and the other was middle aged. They took their time looking around the place and spent quite a bit of time looking out the back patio doors. Then I saw the ladies wipe away some tears.

Finally the younger one said she’d been married in front of that fireplace.

The older couple were her parents and they had built the house back in the 70’s. It was quite a nostalgic moment for them all. AND it was the gentleman’s 81st birthday that day.

It was nice to talk to them and let them reminisce. Mom even took them back and showed them the sunken tub, in avocado green. My parents talked about the larger beam that they’d had placed in the living room to support the ceiling and they remarked that they liked it. It was a sweet time.

The gentleman that bought the ham radio told us about his trip to Alaska and how he’d started a youtube channel. Then he told us he’d been approached by some cable channel and had him go to Alaska to film a show about the Alaskan Triangle. It was quite interesting. We didn’t have a lot of shoppers but we did have some nice conversations and sold a few things.

About mid-day, Mom said since we’d done the hard part already, it made sense to have it again next weekend. So, we’ll try again tomorrow. I hope they get a bit more traffic and can sell a bit more of the things. At least there is a plan for any of the leftover items. There are a few bigger items that Mom will take and try to sell on facebook marketplace but other than that, most of the things will go to a lady whose son is in need of a kidney transplant and needs to raise some money; hopefully she’s in a better location for shoppers than my parents. 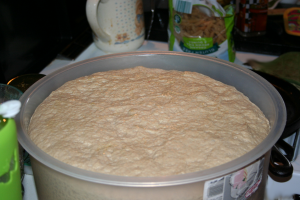 It’s been so hot lately that Tiffany and I have NOT be baking once a week like we were (or like we really need to do). We’ve gotten by but it is now time to get some baking done. I’ve got my sourdough starter fed and hopefully it will make some good bread. I’m also making some sourdough pancakes and we’re going to have sourdough pizza for dinner tonight!

Tiff and I did some extra shopping on errand day this week and took in a bag of books to Gardners. We stopped by Michael’s and Hobby Lobby to price a Bob Ross painting set with supplies and instruction and dvd. Unfortunately neither store carries it any more.

That wouldn’t be so bad because it can be purchased online but those stores generally have a 40% off coupon every week that can be used on any one regular priced item. That is huge on something that will cost over $80! So now I don’t know what I’m going to put on my Christmas list. Time to do some shopping I guess.

Well, I’ll run for now, as this is getting a bit lengthy. Until next time,