The best part of a turkey dinner, nice, tender and juicy!

I found an awesome deal on turkey breast a couple of weeks ago. Normally over $16, I got it for under $3 at just 30¢ a pound. I actually bought two of them but wish I had bought several more.

I thawed it and seasoned it with some salt, pepper, onion powder, garlic powder, and a little poultry seasoning. Baked it for a couple hours and it was delicious!!! It tested at 165º.

Seriously, it is that simple! 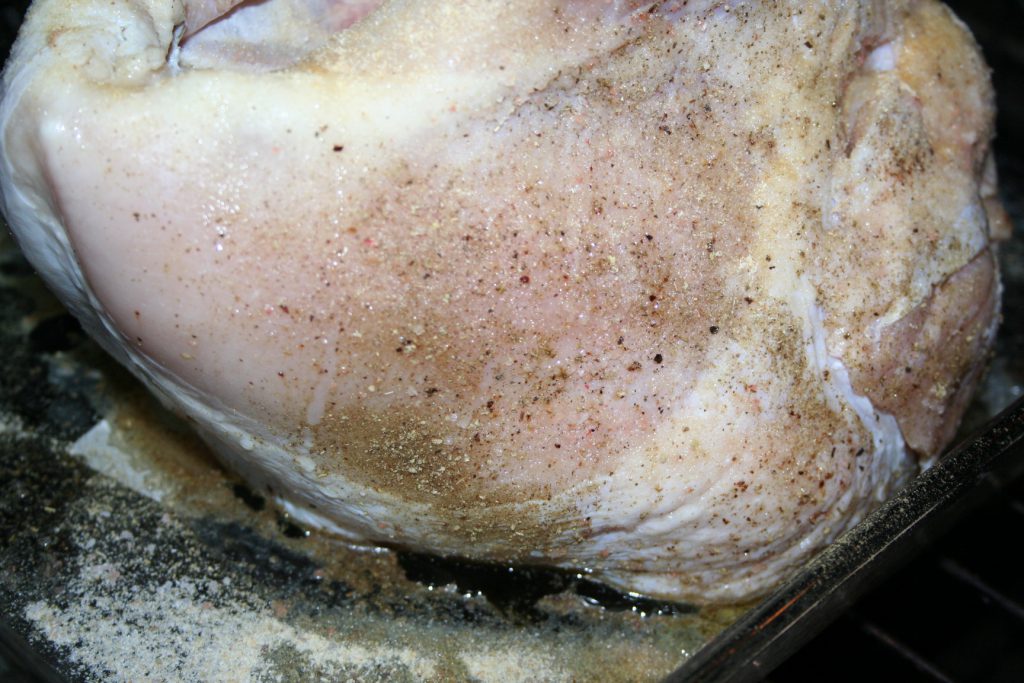 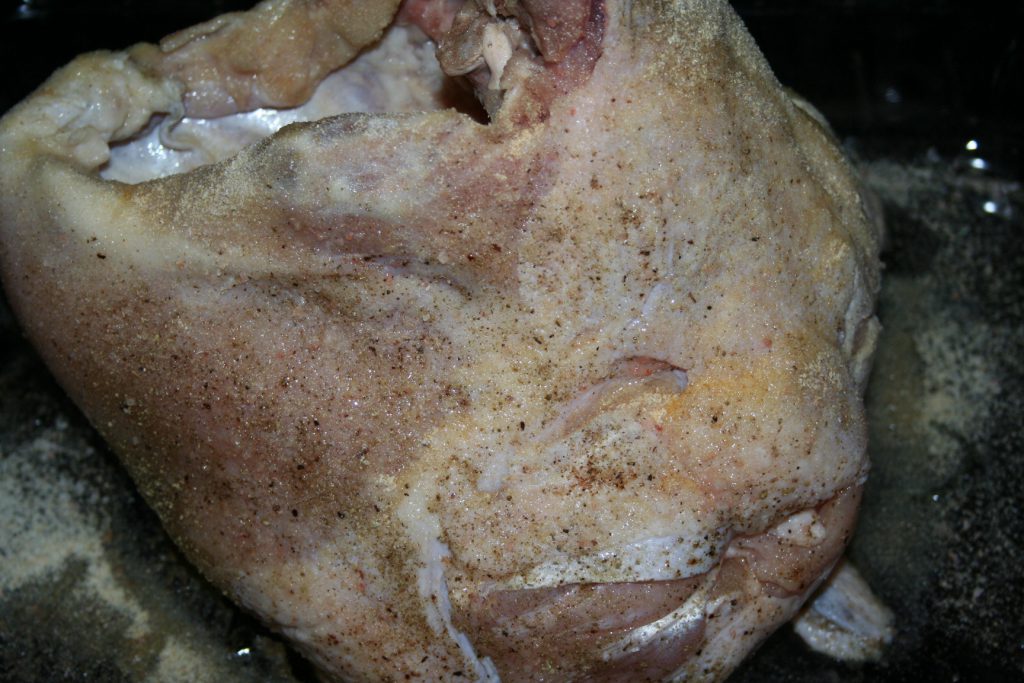 Seriously, it’s that simple. Sprinkle it with the desired spices/seasonings and put it in the oven until the temperature is 165º.

A couple hours later, it smelled delicious and the juices were browning in the pan. The temperature was right on 165º. 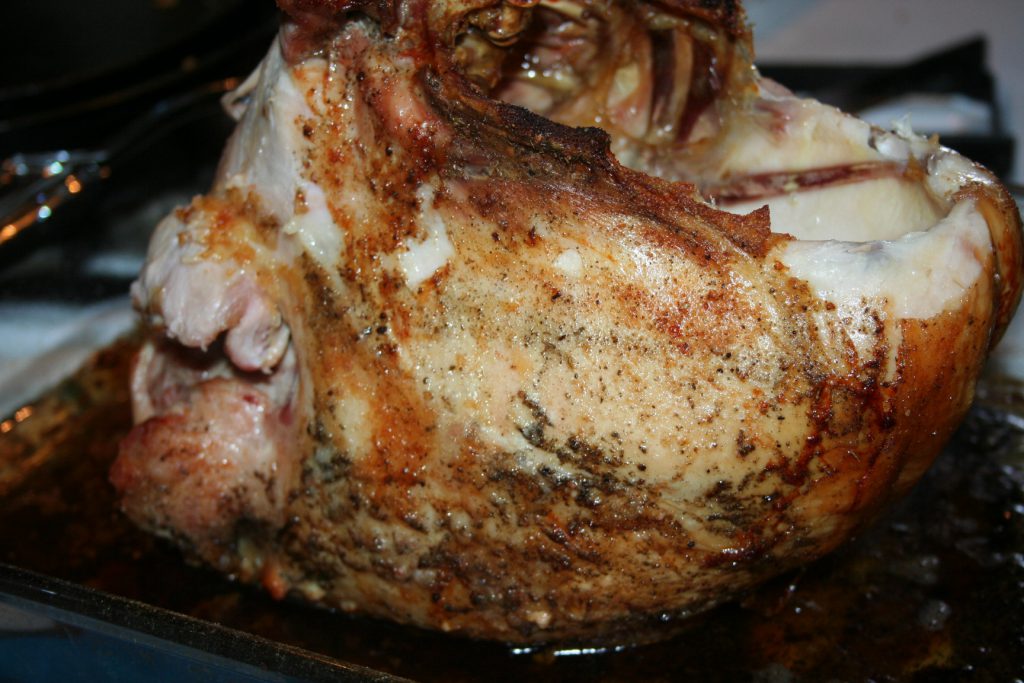 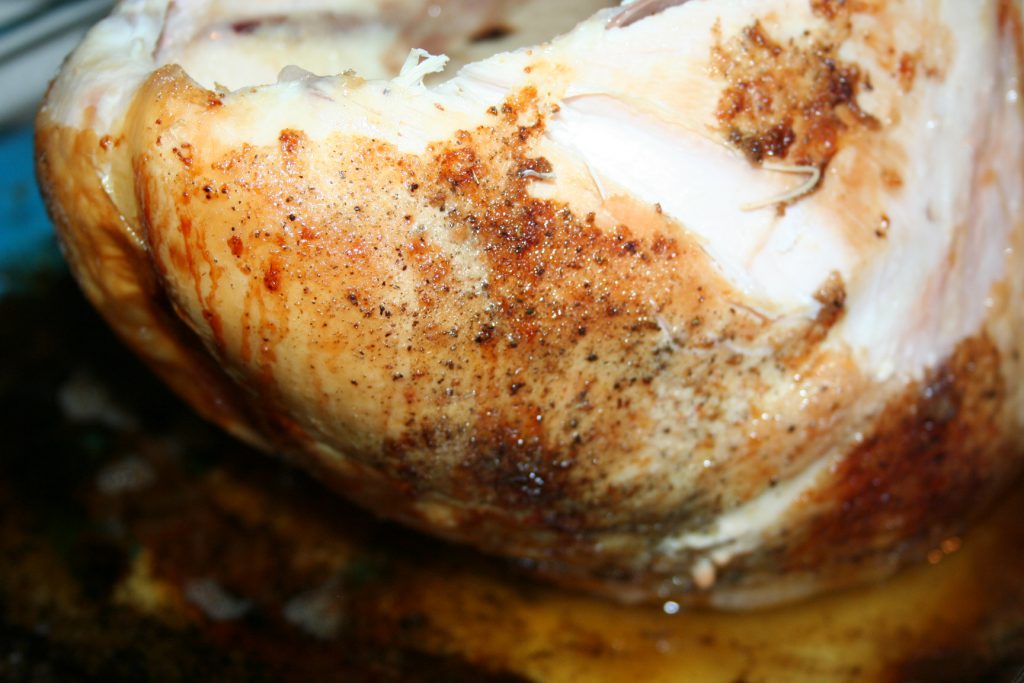 It really seems odd to me. They just cut off the legs and wings and sell it like that. But that is the part that is favored around here anyway.

I’d give a recipe but there really isn’t one. Just sprinkle it with the seasonings you like and bake according to the package directions checking it for temperature rather than staying strictly with time.