Years ago I created a newsletter for the homeschool support group with which we were affiliated. One article I was especially passionate about became the first Marriage Monday posts on my blog nearly five years ago. I just felt it was time to bring them back to the forefront. 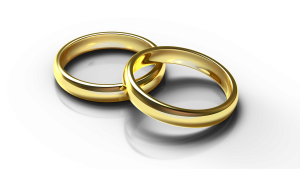 Mike and I recently celebrated our 27th wedding anniversary; while it is a milestone and an accomplishment to us, it is less than many couples I know. Our life together has not been sheer bliss. 😉 We have had our bumps along the way, as I suppose most couples do. There have been some things about our relationship that I kept hoping, and yes, even praying, would change but sadly I am here to tell you that they have not.

One day around about 2 years ago I was pondering the movie, Fireproof. Both of the main characters were so caught up in there individual lives that they lost track of who they were as a couple and the other’s needs and neither thought they were in the wrong. I realized that Caleb, the main male character, felt he hadn’t done anything wrong and felt he was actually the ‘injured’ party but was the one who accepted the challenge of reaching out to his wife and wooing her anew. Now, I don’t want to give you the impression that Mike and I were heading for divorce or even tempted to have an affair, but God used that fictional story to wake me up to realize that if I wanted things to be different it didn’t matter who did what, someone had to take action or things would not change. I chose to follow the nudging of the Holy Spirit to let me be the one. In doing so, I came to understand that Mike felt I had some changing to do, and quite frankly, I did.

I know what it is like to have limited funds. I know what it is like to feel guilty about going out with my husband and spending money when we don’t do many things out as a family. I know what it is like not to have a babysitter or the funds to pay both a babysitter AND be able to go out on a “date” with your hubby. But let me tell you something, dear one, you have got to make time for him!!!!! It is easy for resentment to build on both your parts: his because you are always too tired or you are always doing something else; yours because he doesn’t understand he is just another person making demands on you. This is not good!! I admonish you, MAKE time for the two of you! There will be a time, all too soon, when there will be no more children at home; what will you have then? If you don’t make time for the two of you NOW, you will have two miserable people, frustrated, and lonely who will have to learn, all over again, how to get along with each other (if you even last that long together).

Since this first post is getting a bit long, I will share some ideas God gave me to help you find ways to accomplish this feat in the coming weeks. If you are in a desperate situation and need immediate help, email me your specifics and I’ll try to help.