This week’s tile is a solo challenge tile, meaning I only participated in one challenge or focus with it. This week’s Diva Challenge is using a reticulum and fragments. When I started thinking about this challenge it didn’t even occur to me to check my other groups to see what their focuses are this week. Oh well, no problem; this was a tough enough challenge for me.

I didn’t want to do the typical plain square grid. I thought something with triangles would be fun. So I did a diagonal square grid, which made it kind of diamond shaped, I guess. Then I did some lines straight down through all the intersections. At some point when it was way too late to do anything about it, I realized I should have drawn a horizontal line through each intersection. Oh well, my sections were just odd shaped and that’s okay.

Next I decided what fragment to put into each section. At first I thought of a teardrop shape but that seemed too common. Then I decided to just draw a squiggle line from one point to the middle of the opposite side. The hard part was trying to figure out HOW I wanted to go about it. I started in the upper left corner and things quickly got out of hand. So I decided to start in one of the center pieces and work out from there. That worked much better.

When I was done with all the squiggles, I considered blackening in one side but quickly decided against that. I opted for simply drawing some lines on one side. About halfway through I realized I was kind of drawing a variation of Meer. Oh well, so much for being original. 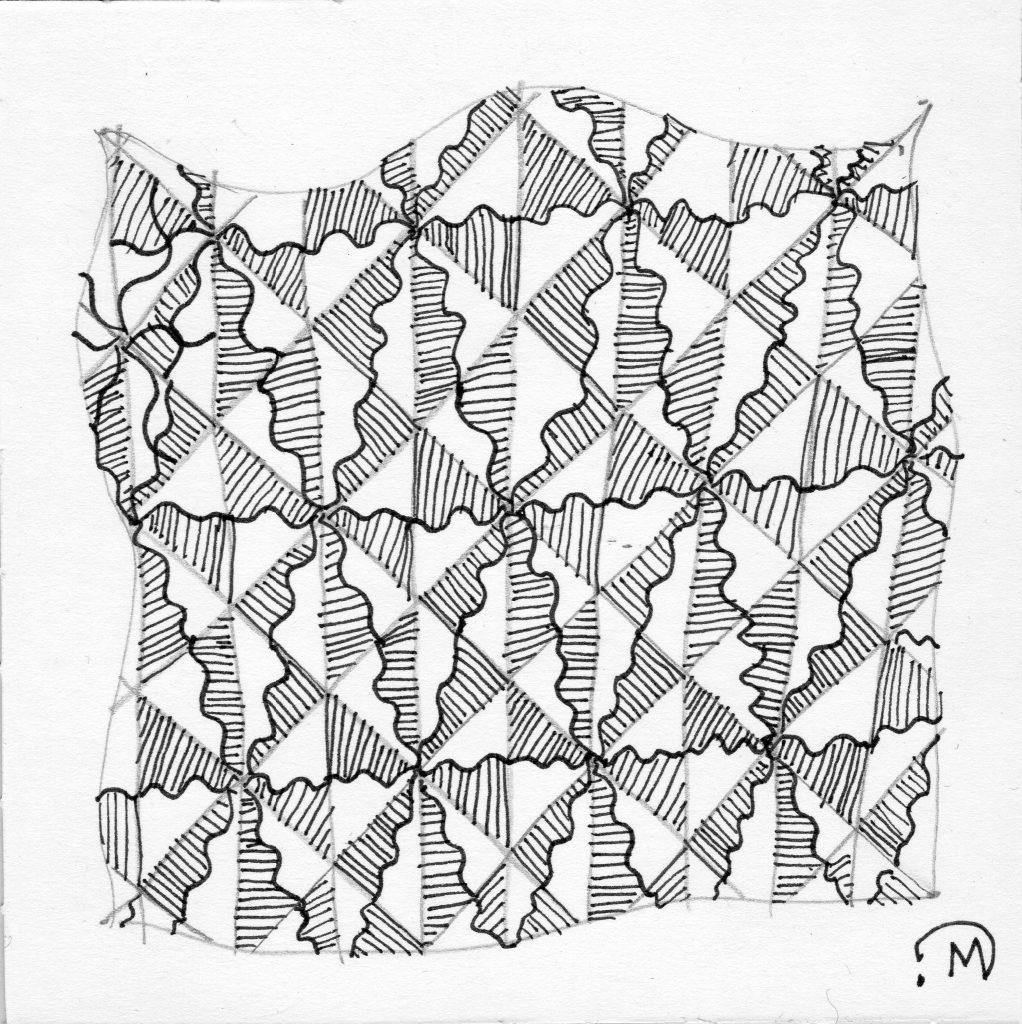 Now for the shading. I knew I wanted to cover up the messy section up in the upper left corner, so I decided that my light source would come from the bottom. That was the easiest part of shading this thing because there were so many shading options but none of them were easy when considering the light direction.

I decided the next easiest shading effort was the edges, since I seem to really like to do that lately. I tried to make it darkest up in the upper left and lightest in the lower right. I then carried that over to the lined sections of each squiggle fragment. 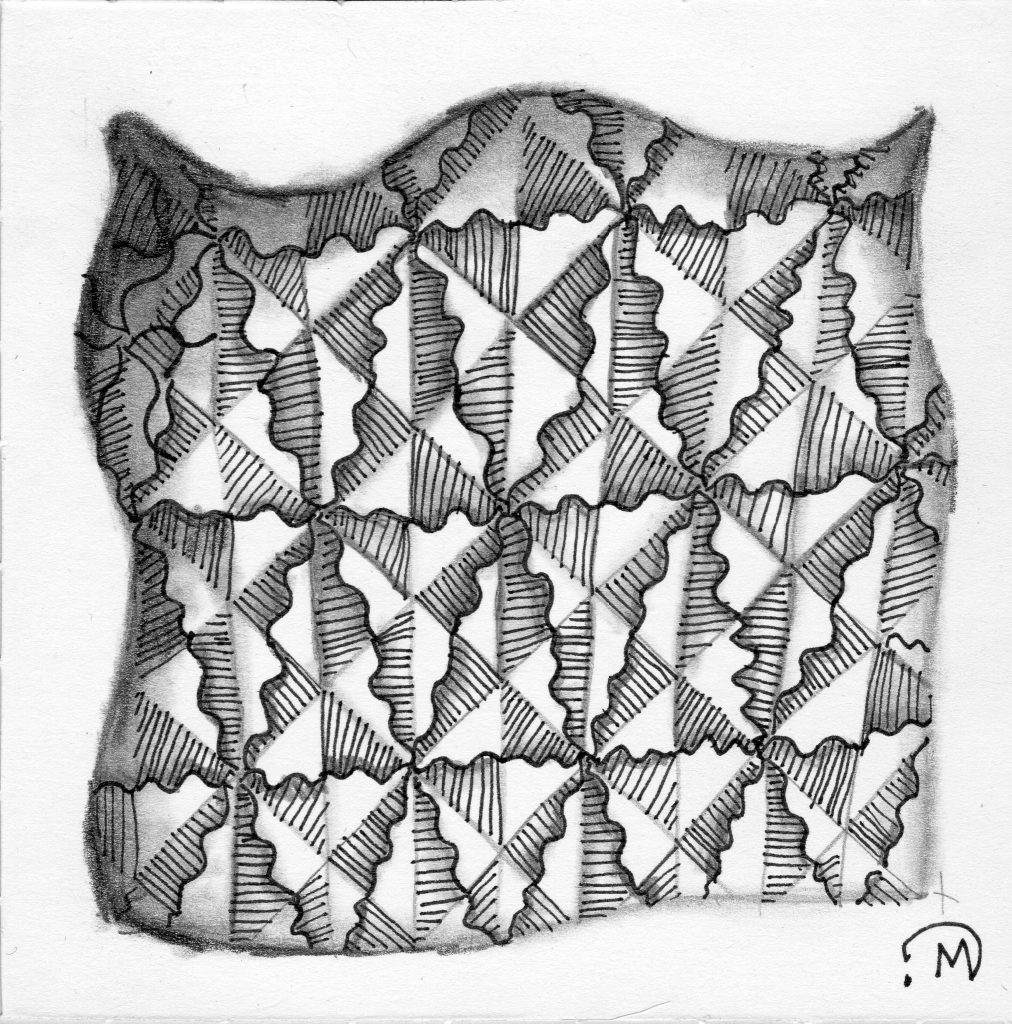 I actually think it looks better when rotated but I’d already signed it. But here it is flipped, for your viewing pleasure. 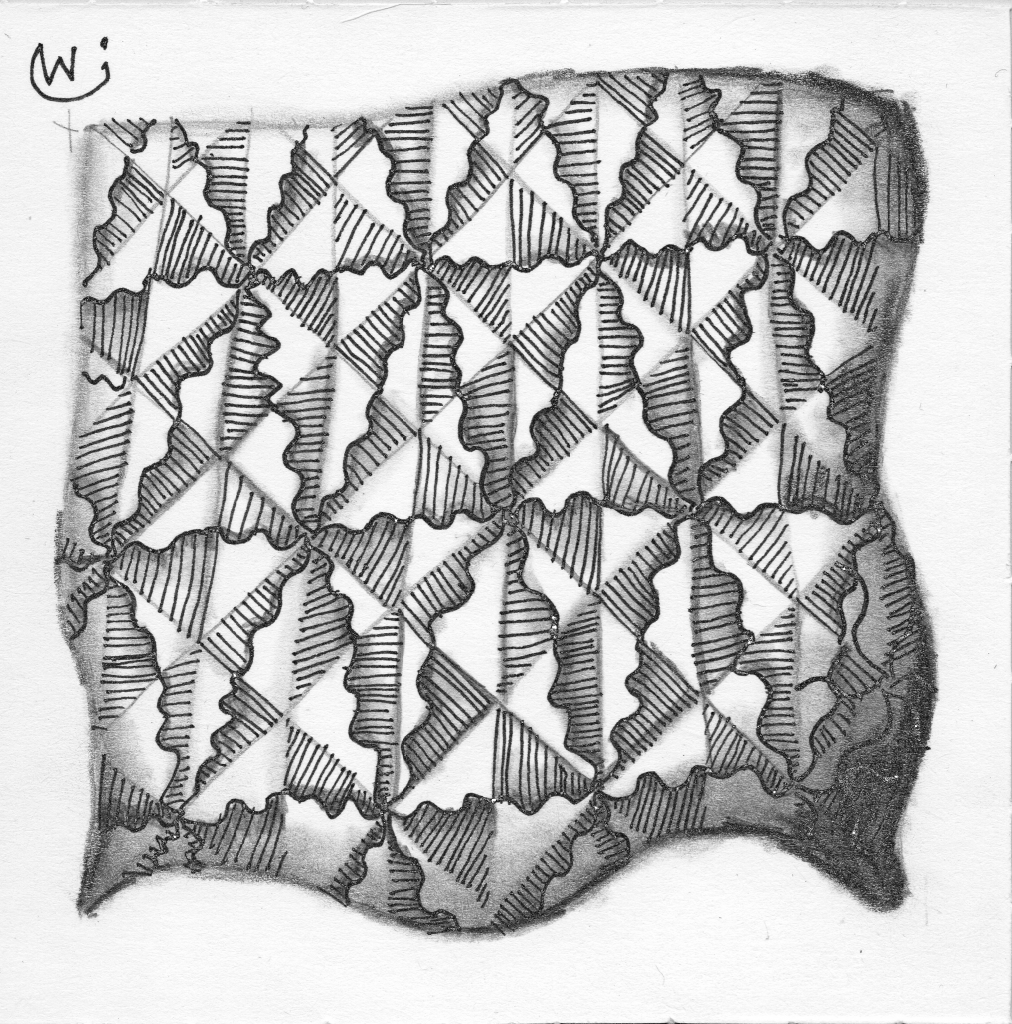 So, which way do you like it best? Or doesn’t it really make any difference?

I appreciate all your kind comments. You all are a great community and are very encouraging. Thank you!

9 thoughts on “Reticula and Fragments”