What do you do when you have something you fix and it did not turn out like you thought it would? Do you blame the recipe? Well, I don’t. I assume I did not do something exactly as directed, even though I think I’m pretty good at following directions, sometimes I just miss it. Other times I do stupid stuff.

Case in point: I made these delicious spelt rolls! 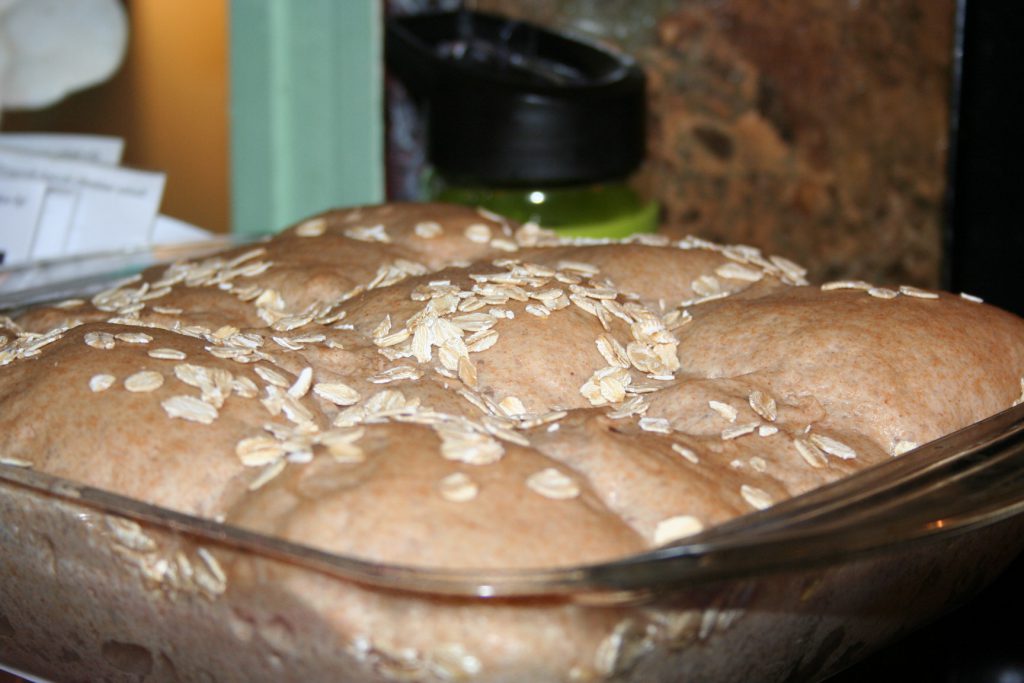 They were lovely the first time I made them. The next time I decided to make it as a loaf of bread instead of rolls. Unfortunately, I accidentally put a lid on the corner of it when it was nearly done rising. 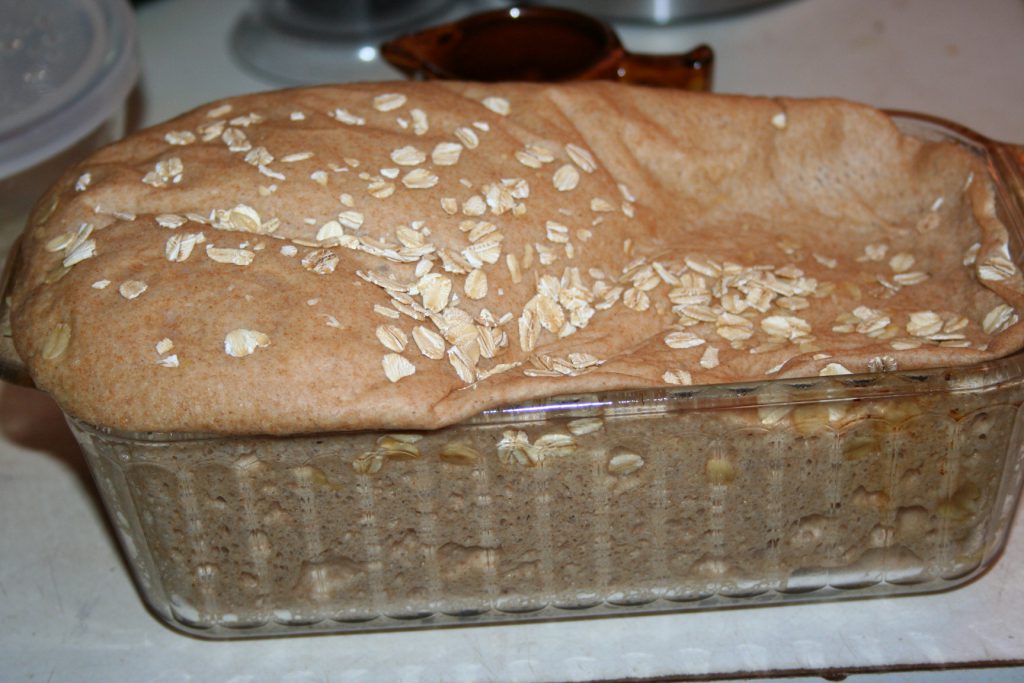 Yeah, I baked it anyway and we still ate it. It wasn’t as wonderful as it could have been but it still nourished our bodies.

A similar thing happened when I made Wonderful White Blender Bread from Trim Healthy Table cookbook. 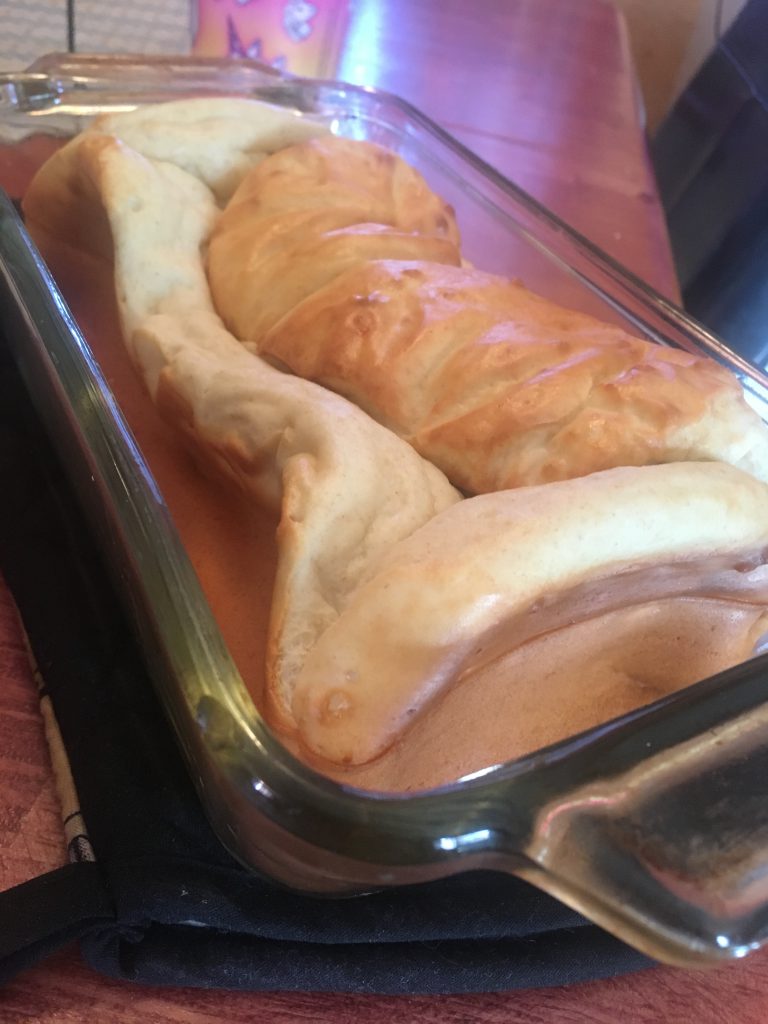 Yep, you guessed it, we still toasted it and ate it. I work too hard on things not to eat them. Sometimes I will have to add something to it to make it more enjoyable, like a dusting of powdered alternative sweetener or, as in this case, toasting the bread, lathering it with butter and some xylitol sweetened jelly.

But I also don’t stop there. I keep trying. 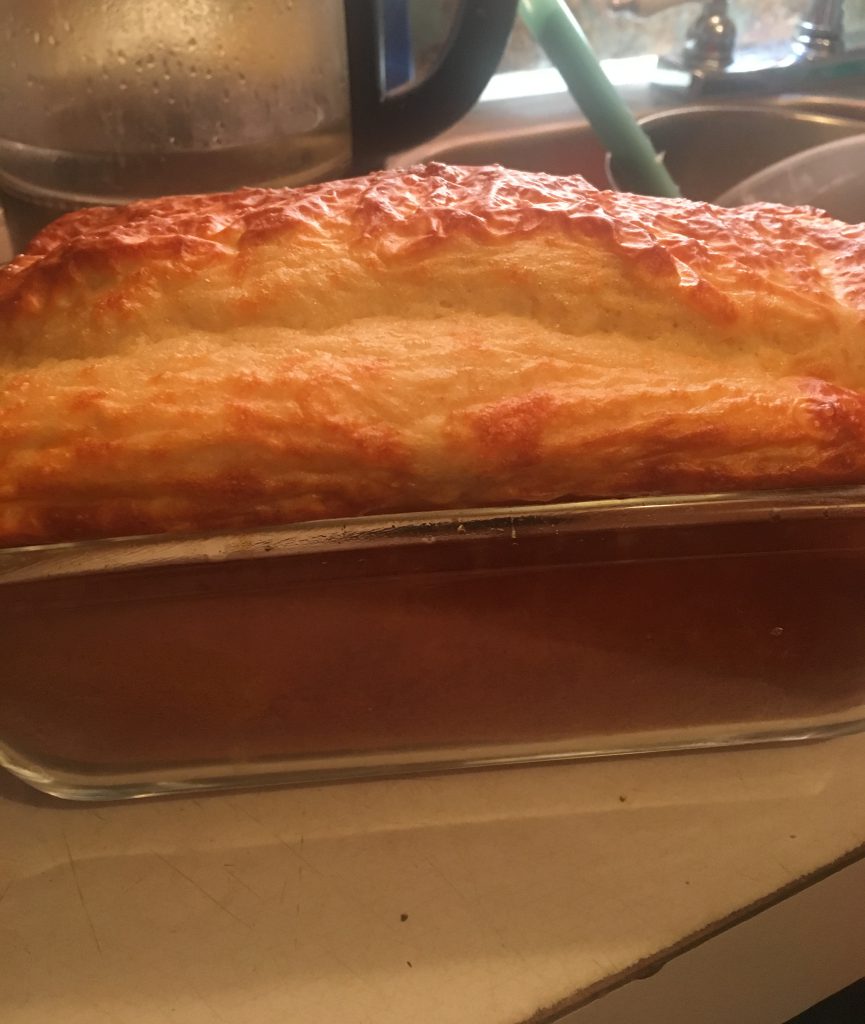 Now isn’t that one lovely?

I found some say that they had to lay it on its side as it began cooling. 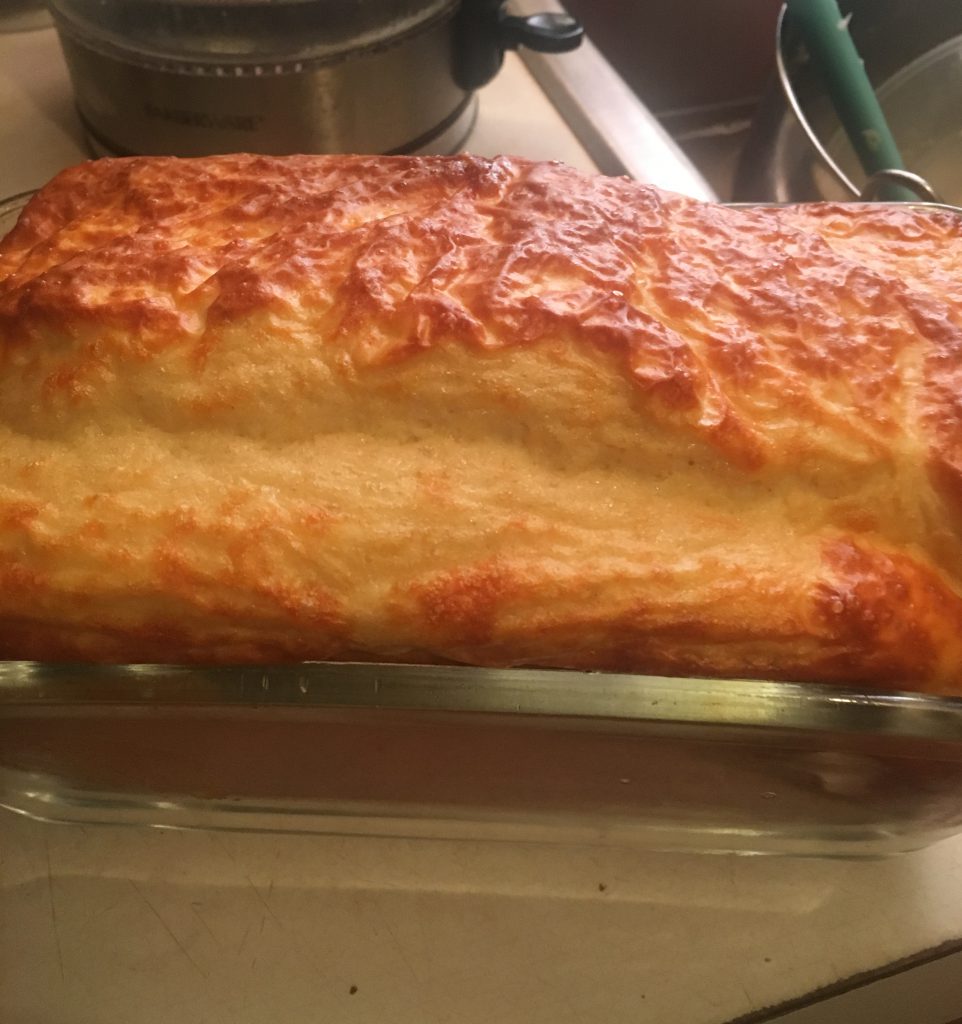 Sometimes with desserts, we have to change the amount of sweetener. And it isn’t necessarily the recipe, it could just be our tastes that day. I have had my tea made the exact same way on many days and some days it seems sweeter than others.

I don’t think we have ever thrown anything away (well, except those veggies and fruits I have bought with good intentions of eating but they went bad on me instead

Now you may be assuming that we like anything but actually I have some very picky eaters.

We all have grown and give things a shot and will find some way to use what we have. After all, it’s either eat it or go hungry.

Things are too expensive to be throwing them away and I don’t have alternatives available.

My mess ups have not just been bread related, as my pictures would indicate.

I messed up ice cream once . . . don’t even remember how we salvaged that. I’ve messed up the cream filling for Mostess Cupcakes several times. Oh! I did throw one batch of that away once, as I messed that cream up so bad it was chunky! AND it was for a birthday. But I’ve made that cream before with little chunks in it and we just ate it any way.

I guess all this to say, if you make something and it’s not to your liking, try adding a syrup, more or different sweetener, or combining it with other things you do like, hiding it. I have to admit that although I love the idea of an air fryer, I have yet to get it to make my items “fried” and done but not burnt, which is okay because we’ve learned to like the charred taste of burnt food.

Of course it probably isn’t the best thing for us but we don’t let it go to waste.

I have such a tendency to overcook, aka burn, onions when I caramelize them that it isn’t until we smell them burning that we know they are done.

I hope this encourages you to find ways to eat your failures and improve your skills and recipes. Everyone’s tastes are different and you just have to “own” it, as Pearl and Serene would say.