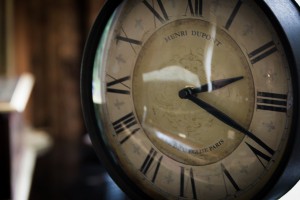 I don’t know why I do it but I put things off. It isn’t like I don’t want to do them exactly, or that I have other things more pressing because, quite frankly, I cannot begin to tell you what I did instead of what I really should’ve been doing.

I had my sister Sondra over for lunch on Wednesday. We had a good visit. I don’t know why I didn’t do it sooner, but I never thought to do it. I guess because I’ve been busy homeschooling, which used to take up much of my time. At least I was smart about her coming to lunch on a church night, in that I fixed extra of lunch so it could be doubled as dinner for us before running out the door to church.

It seems that the times I don’t want to go the most, because of being tired or lots to do, that one of two things happen: either it was exactly what I needed to hear or the complete opposite, I should’ve stayed away because I really should’ve gotten the other thing done that was pressing. This time both things happened. The youth minister spoke and he said just what I needed; it is so nice when you hear exactly what you need to hear right when it is needed.

We are having a party/family dinner tonight at church. I’ve been asked to MC and sing a song. Well, I had some contacts I had to make at church Wednesday night in the preparation for that. Thus we ended up staying longer after church was over than normal and I got home later and Mike wanted me to come to bed, so I did. Well, I still didn’t have my blog post ready for yesterday morning. I figured that there really isn’t anyone that was waiting on me to post it, so I would work on it when I got up early Thursday morning . . . I slept in an hour. Ugh!!! Talk about procrastinating! I never got the complete post up until about 3:00 pm! Ridiculous! Then to show me I was completely wrong, when I talked to my daughter-in-love Lauren, she asked me when I usually post – 5:00am usually, and then I told her my story. So now I know, if no one else looks at my blog, she does.

Lauren prefers fruity dessert to chocolate. In years past, she has asked for my no-bake strawberry cheesecake for her birthday celebration dessert. (Her birthday is the 14th.) This year I showed her a recipe in my new cookbook, Cook’s Country Cookbook, for Strawberry Poke Cake, which uses real strawberries instead of jello and she said she’d like to try that this year. Well, said cake takes about 4-5 hours to bake, so I needed to get busy on it by noon or so . . . at least I did that. Thankfully her choice for dinner was an easy one, San Fransisco Chicken over noodles – I just wish I would have remembered that we use a whole bag of noodles because I had to make the rest of the bag after we sat down to eat. Next year I think she wants egg rolls with it too, which is fine because if she goes with the poke cake, it can be refrigerated for up to 2 days and I don’t see why the cheesecake couldn’t too.

I have much to do today because I still have to run to the grocery store for our groceries for next week, which is usually a 3-4 hour run, if I don’t have to do some serious shopping at an extra store.

I still don’t know what all I did yesterday! I had things I really needed to do for tonight but I didn’t get them done.

At any rate, we had fun playing Nintendo Land last night. Brian and Lauren left around 9:30 and I still didn’t get this post prepared last night. At least it is up within the proper hour today.

I hope you have a wonderful weekend!

Until next time, God bless!