Our first port of call was Mahogany Bay, Roatan, Honduras. We ate a good breakfast because we were going to be off the boat for lunch and would end up eating a snack or late lunch when we got back on board. 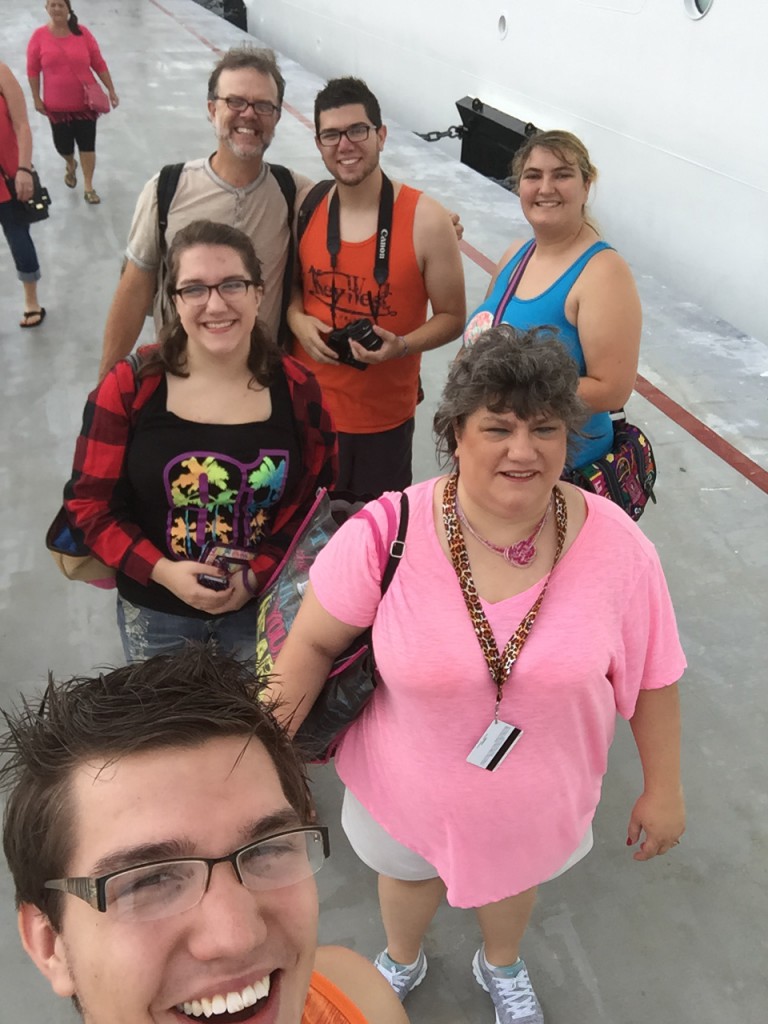 First we got our free charms and free earrings. Then we did some shopping. I found this lovely all wood salad bowl. I have been looking for a wood salad bowl for some time and have not be thrilled with what I found. I had been given money to buy some things on the cruise, so I was going to splurge. The price tag said $60 but I got it for $40! Whoooo hoo!!! 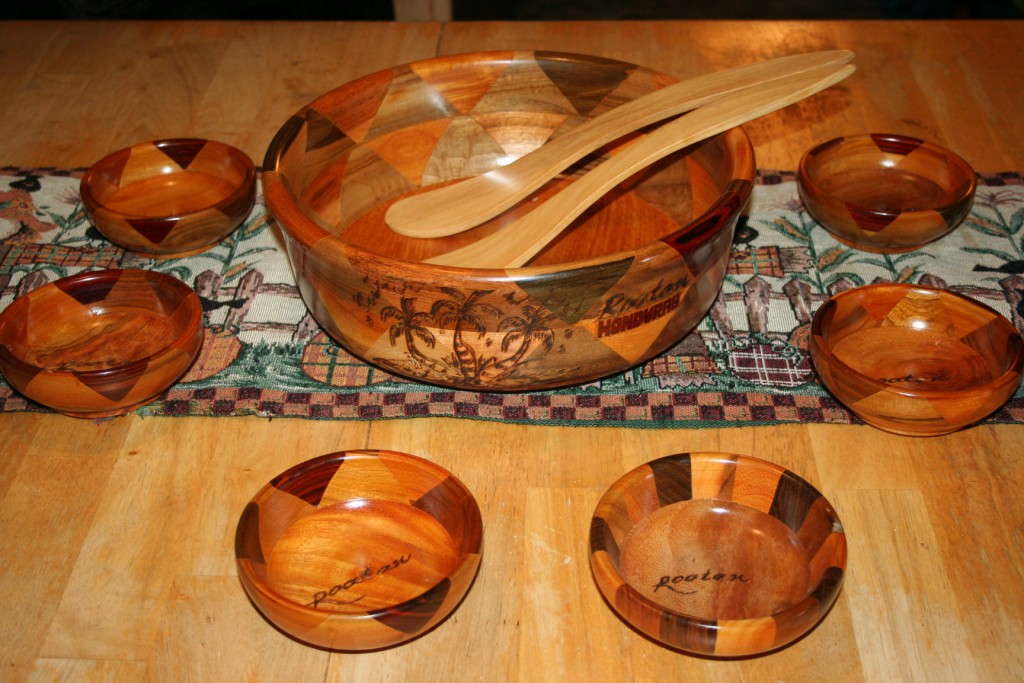 Isn’t it lovely! I saw other bowls similar but they didn’t have the lovely palm tree scene on them and were ten dollars more.

The serving bowls are quite small, especially for as large as the main bowl is but I still love it! 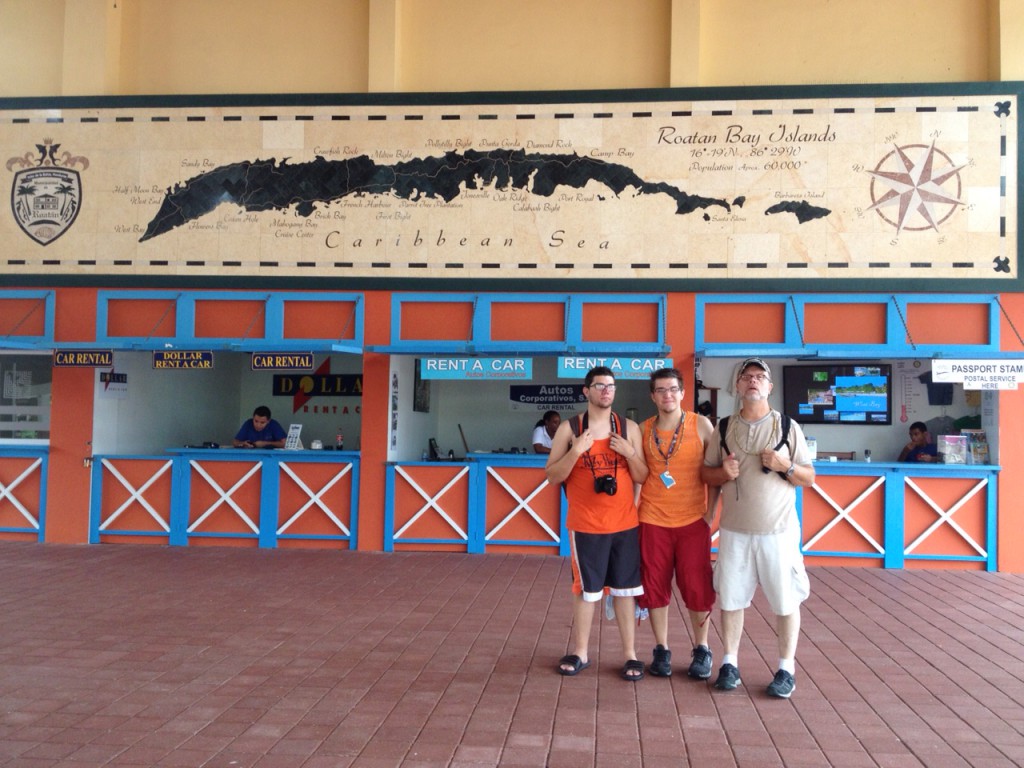 They weren’t thrilled with me wanting to get their picture with the map of where we were. It was very hot. Had it not been for the breeze I would have been miserable.

We finished looking around and headed to the beach. It was a beautiful walk to the beach and very enjoyable. We only spent about an hour there when Mike realized he was starting to get a little sun sensitive, so we headed back to the boat. Sure was a good thing too, because I was a bit burnt; not so much that I hurt but enough to feel it a bit. 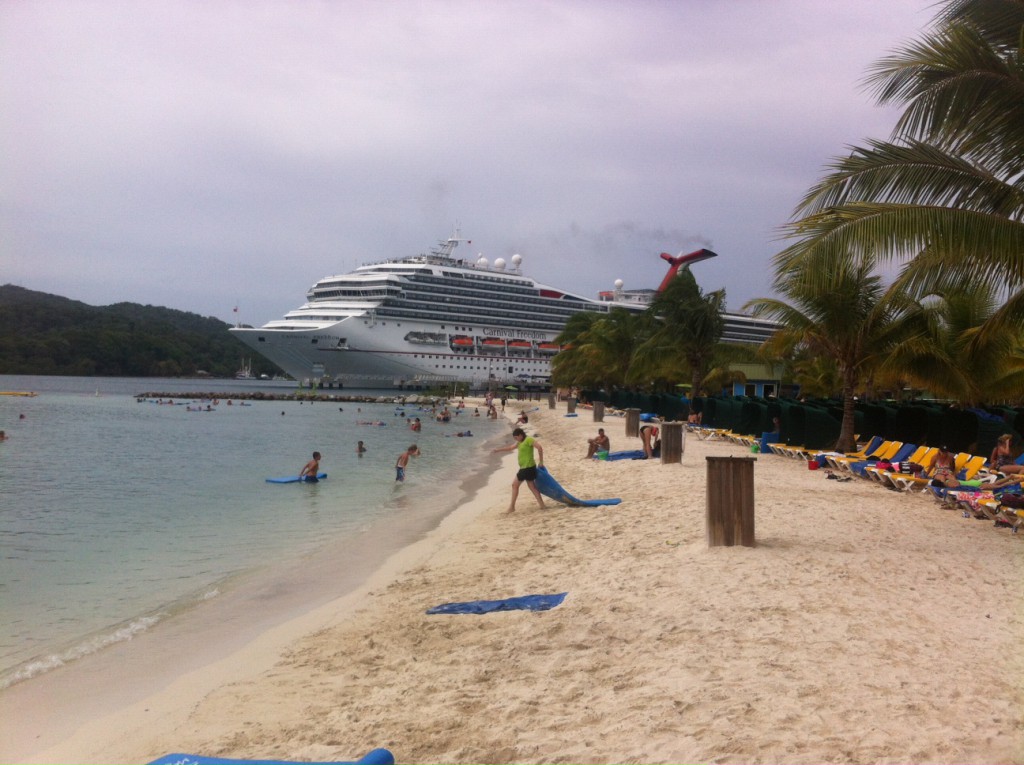 That’s our boat in the background. We swam all the way out to the buoys and back, played around in the water, and the kids built a sand castle. Then back to the boat and off to get ice cream.

Then one person got something to eat and then another and before we knew it, dinner time had arrived.

I only ate something light for dessert that night.

Our next port was Belize where I got a couple of t-shirts and I think that is where I got my pure vanilla extract. We had to be ferried to the port in Belize because the it is unsafe for the boat to dock in port, I guess it is too shallow or it’ll disturb the ecosystem or something. 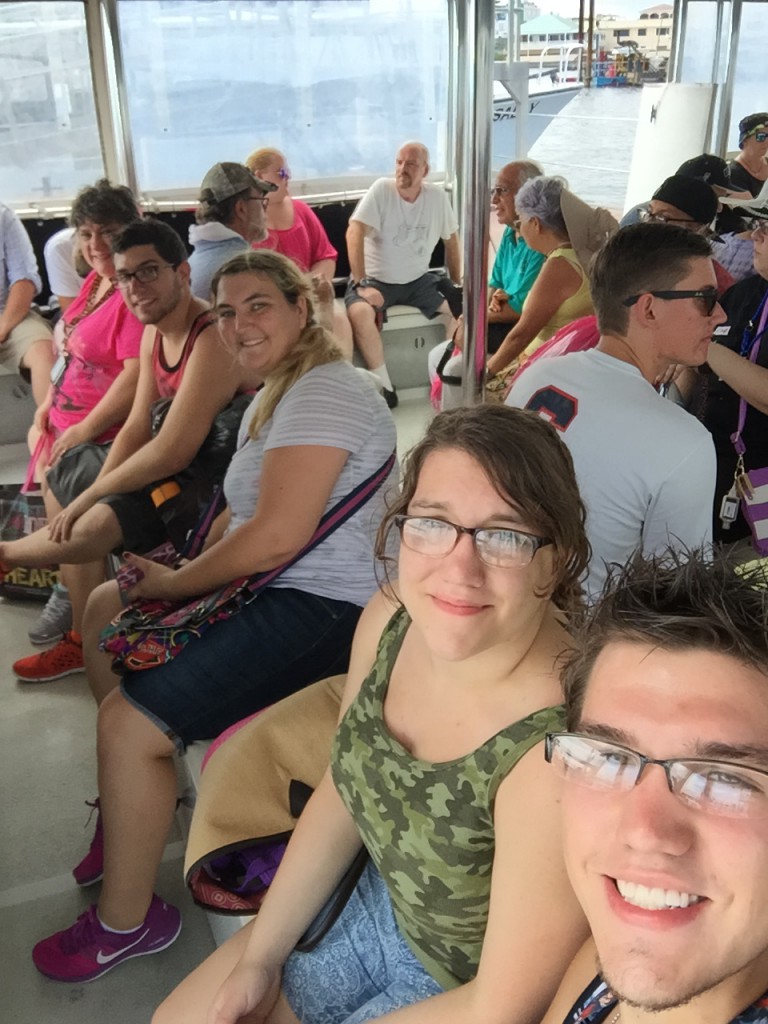 In Belize it was humid, it rained some and then right away it would be sunny . . . it was odd. I felt like I was melting; I was sopping wet. We didn’t do much in Belize but shop . . . back aboard again and off to cool off with some ice cream. Thankfully I learned my lesson from the previous day and did NOT have anything else with my ice cream, so that I had room for dinner and dessert.

We enjoyed the clean comedy on the evenings that we didn’t watch a movie. Some comedians have a harder time keeping their acts clean and still funny than others do. I think it was Ronnie Bullard that I enjoyed the most. He stands outside the doors after the show and asks if you have a good joke that you tell it to him and if he uses it in the future, he will credit you. Pretty cool.

I’d been wanting to see Ant Man and was excited that they showed it one night on board. We also saw San Andreas (which wasn’t that great), Jurassic World (which was okay), Cinderella (which was cute), Guardians of the Galaxy (which we own but watched anyway), Avengers: Age of Ultron (which we saw in theaters and were glad to see again), and Inside Out (which was more for the younger ones). We enjoyed watching movies on deck at night, eating our popcorn, and covering up when chilled. Yes, even I covered up a night or two because of the blustery winds and with no sun to keep me warm.

We had a lot of relaxed fun on our trip. It looks like I’ll have one more week to share about the cruise because a lot happened in Cozumel. Maybe I’ll talk about the food next Tuesday, rather than take up another Friday to do so, because I know that will be a lengthy post since food is such a big part of the cruising experience.

Well, until next time, God bless,