When I started Inktober, I wondered if I should do on piece sectioned into 31 different pieces. I talked with Tiffany about it and thought I’d like individual tiles better. Some of my best tiles (on display) are ones I did in daily challenges, so I envisioned some of these being as good and replacing them in the display frame.

But then things fell apart and I realized that I’d made the wrong decision. Daily inking is not happening for me this year.

Yesterday I did some Christmas shopping with my sister and daughter. I was gone most of the day. By the time we returned, I was exhausted! I’d intended to take some pictures at Ross for my blog post but was so tired by the time we got there that I didn’t remember to do so.

Consequently, when we got home I had to figure out what to do for my blog today. I glanced through the tangles and saw Waybop. I really like this tangle so I decided to tangle it on one of my stained tiles. But I was so tired that I was unable to even pick a tile.

I had Tiffany pick one.

She picked one, then another, and then a third one. Finally she settled on the third one. 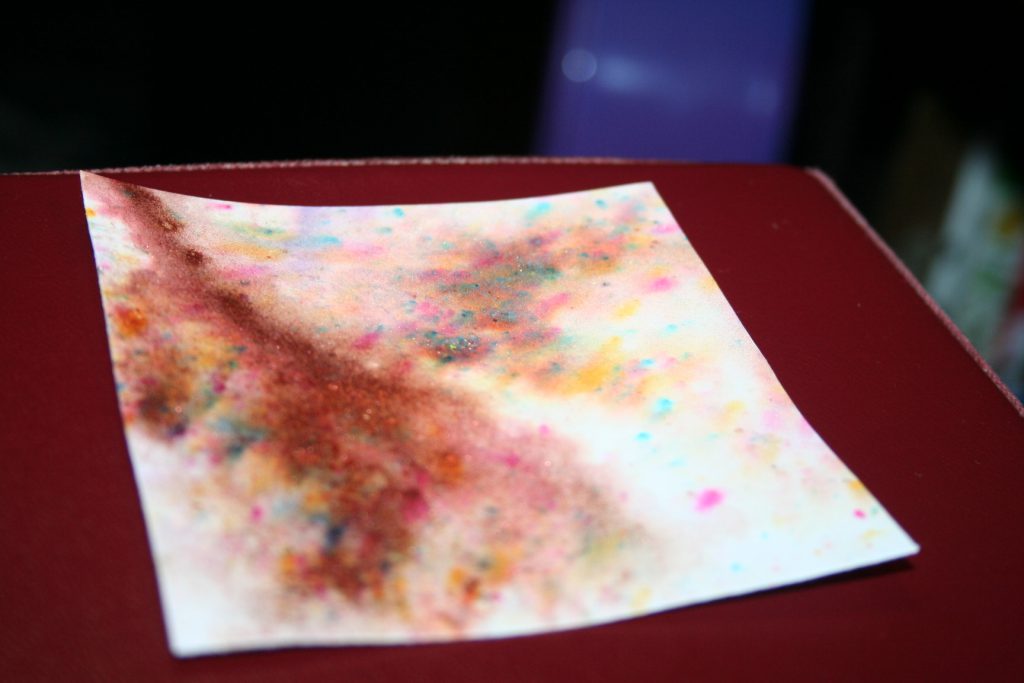 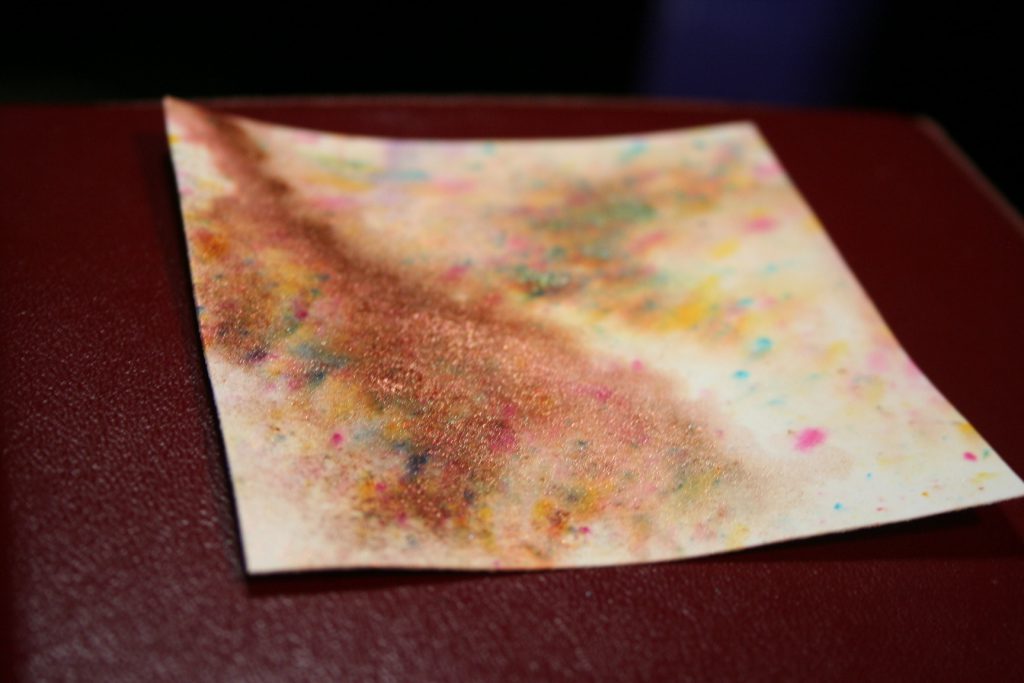 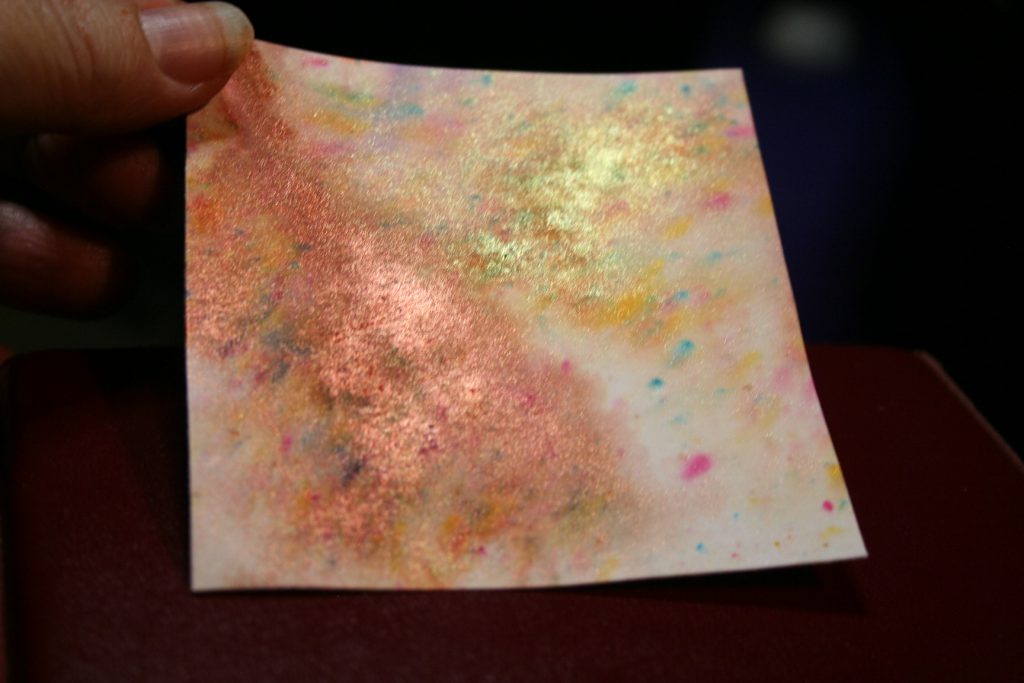 These are all the same tile. I made them back in August with my friend as we played with my Lindy’s Magicals powders (see that post here).

I decided that I wanted to have a Waybop centered around some of that lovely shimmer. So I opted to draw several waybops on the tile. Eight seeds is my preferred number but I also did one with just six and then in the corner I used just three. 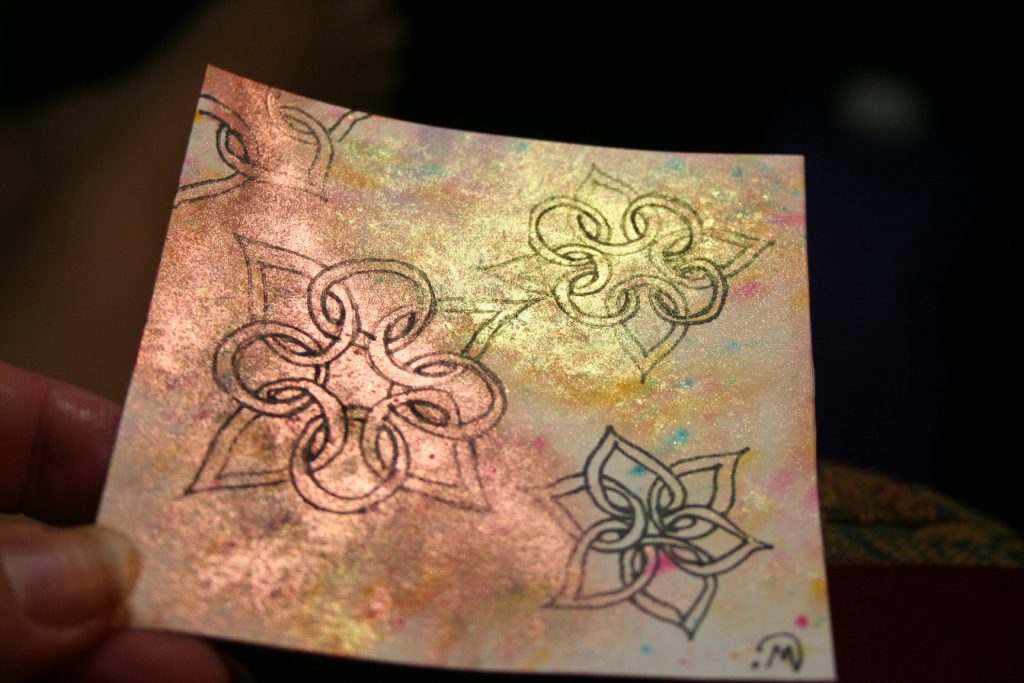 I took a few pictures so you could see the lovely shimmer, as well as the tangling. 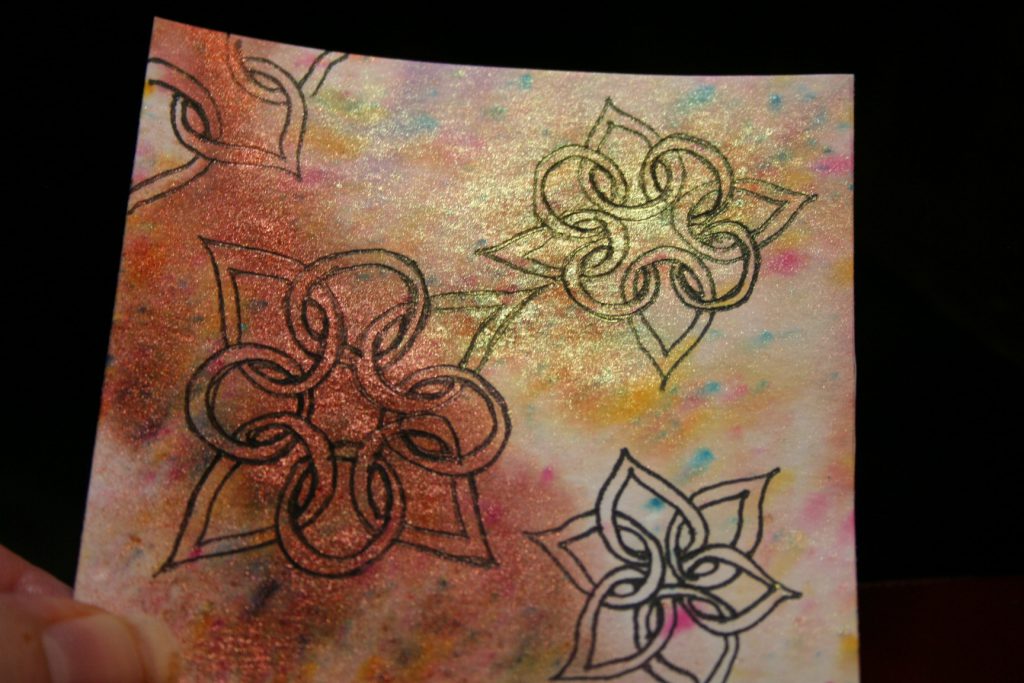 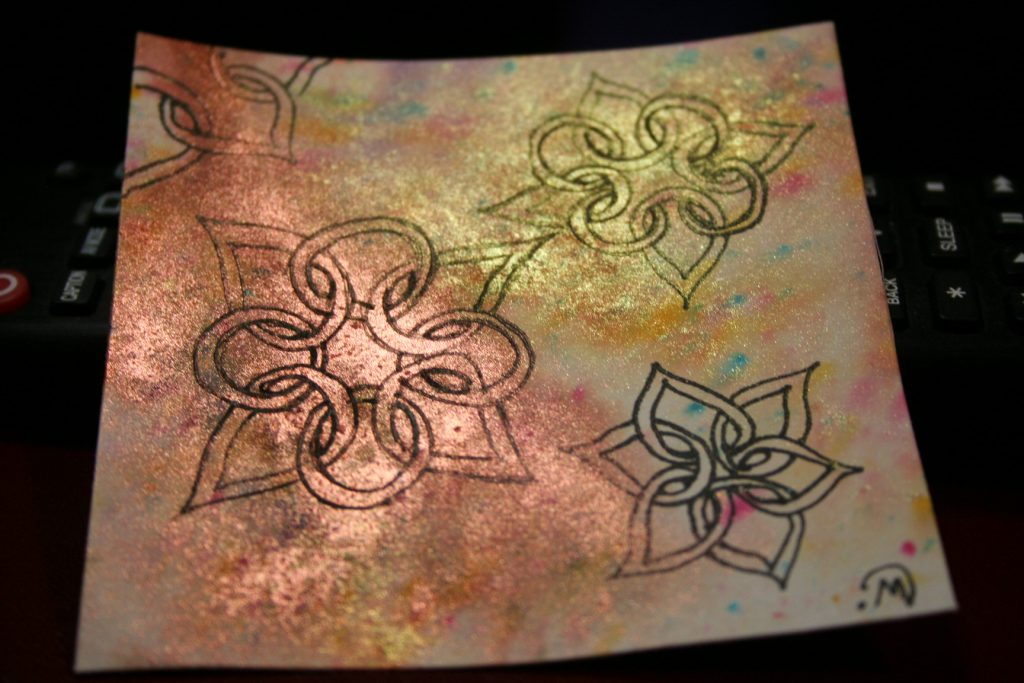 I opted not to do any shading because I’m just too tired, which is also why there are no scans. (I don’t know, I might feel up to scanning it later today and adding it.)

Well, I hope your inktober is going better than mine.