The biggest difference in this crust and the graham cracker crust I used to make for my No-Bake Cheesecake is the flour and sweetener. Well, considering there are only 3 ingredients in the crust, I guess that is a big difference.

I opted to do as suggested on Gnom-Gnom and lightly toast the almond flour. I also went with the two cups she suggested for a full pie rather than the 1 1/4 cups I used of graham crackers. I have to admit that I preferred this thicker crust. 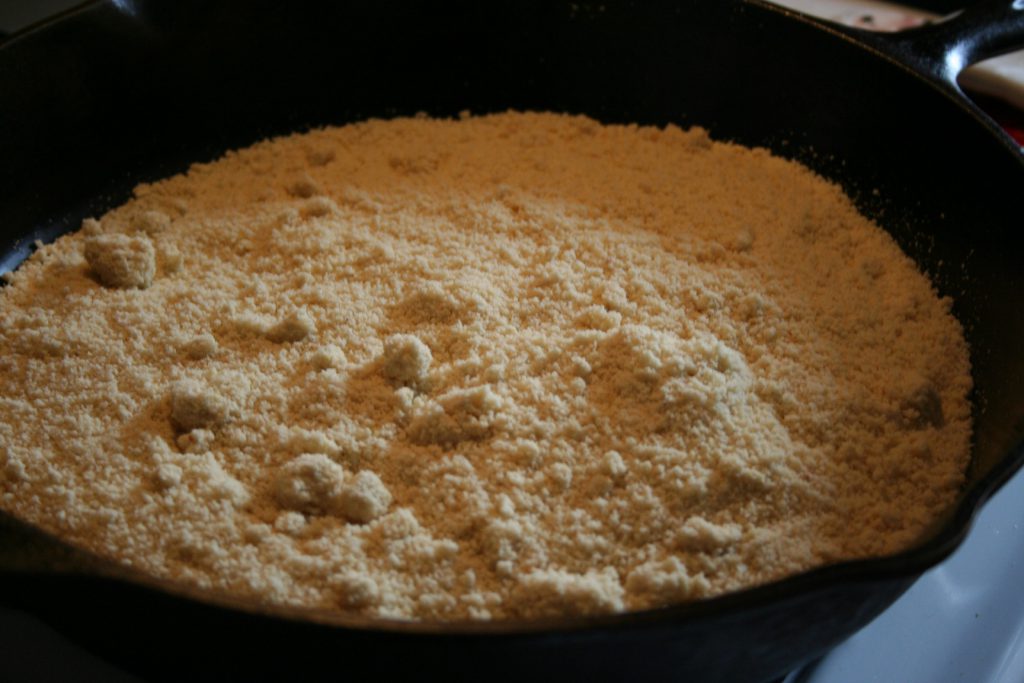 It started pale in color, which you cannot tell by the lighting of that first picture. This one shows it  a bit better. 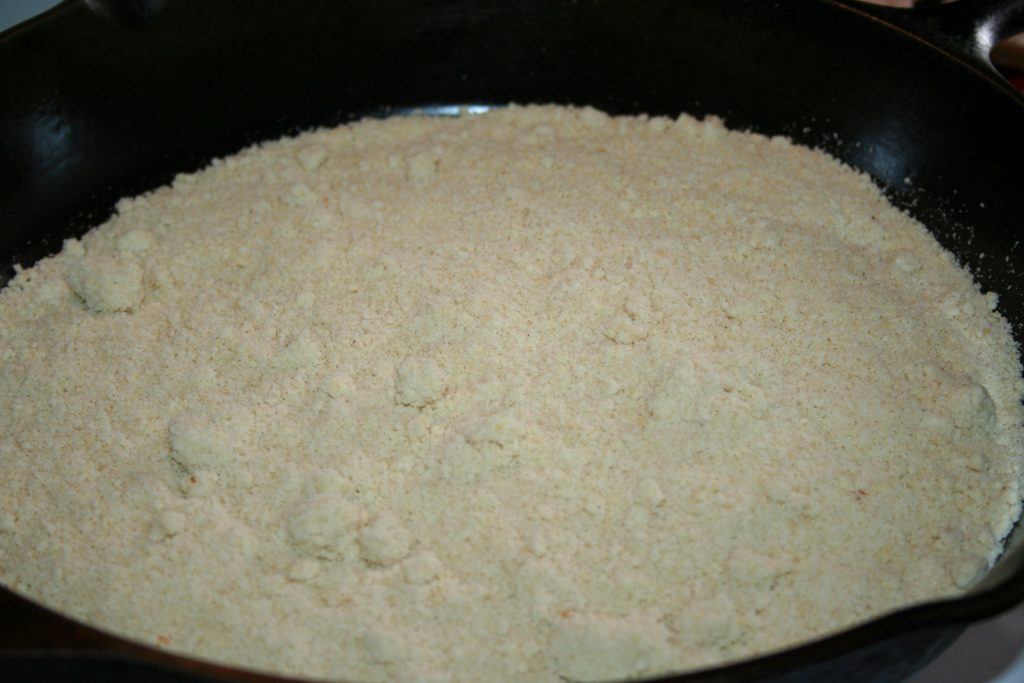 I was afraid to toast it too long, so I stopped when it was only lightly golden but probably could have toasted it even longer. 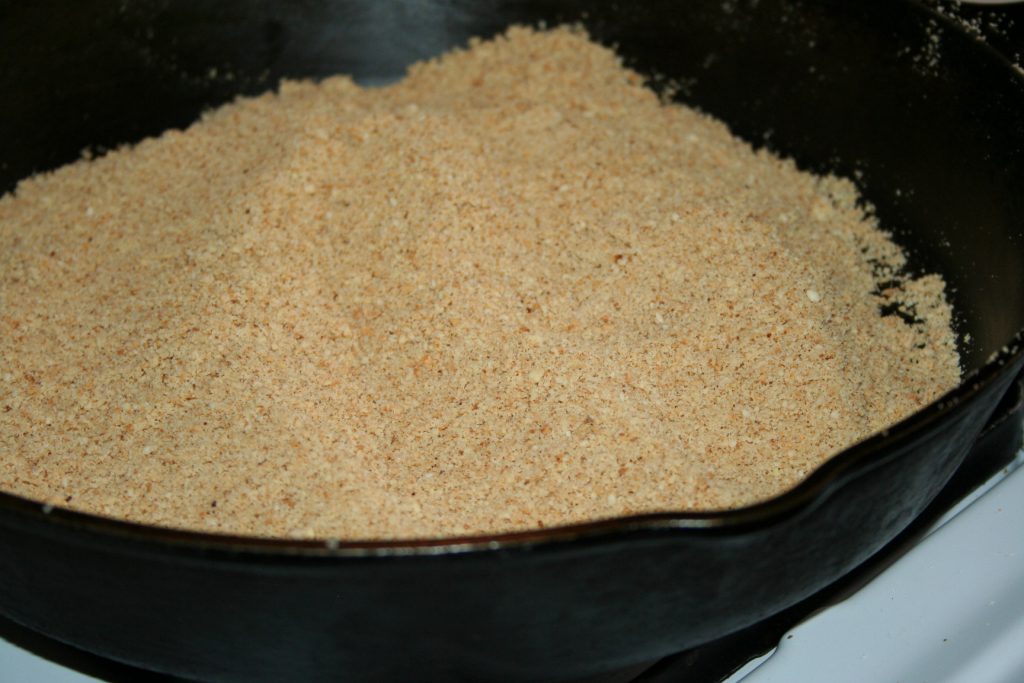 I put my stick of butter into the hot skillet to melt it quickly and not dirty yet another thing on this busy cooking day. 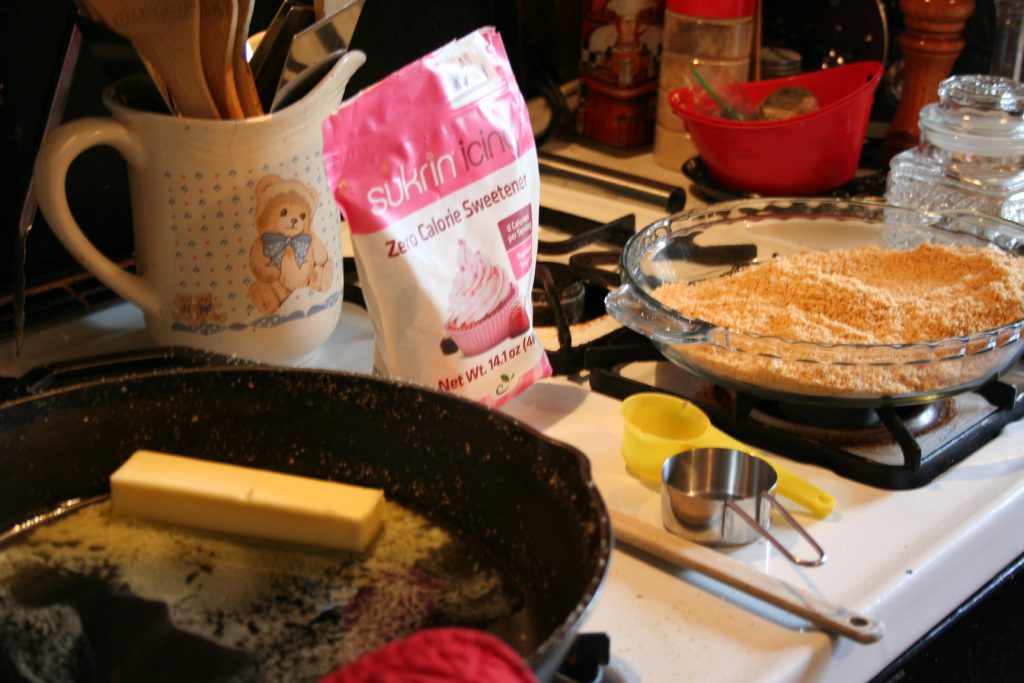 This time I used Sukrin Melis because it is supposed to measure the same as sugar. However used in the strawberry cheesecake too, we found it to be a bit too sweet and I will cut the sweetener back a little in the filling next time.

The crust is simple. Combine the sweetener and almond flour and then add the melted butter. (That’s easier than what I did.

)  Combine well and press into pie pan. (As you can see, I put all the ingredients in the pan and then combined it all . . . not the best way but still doable.) 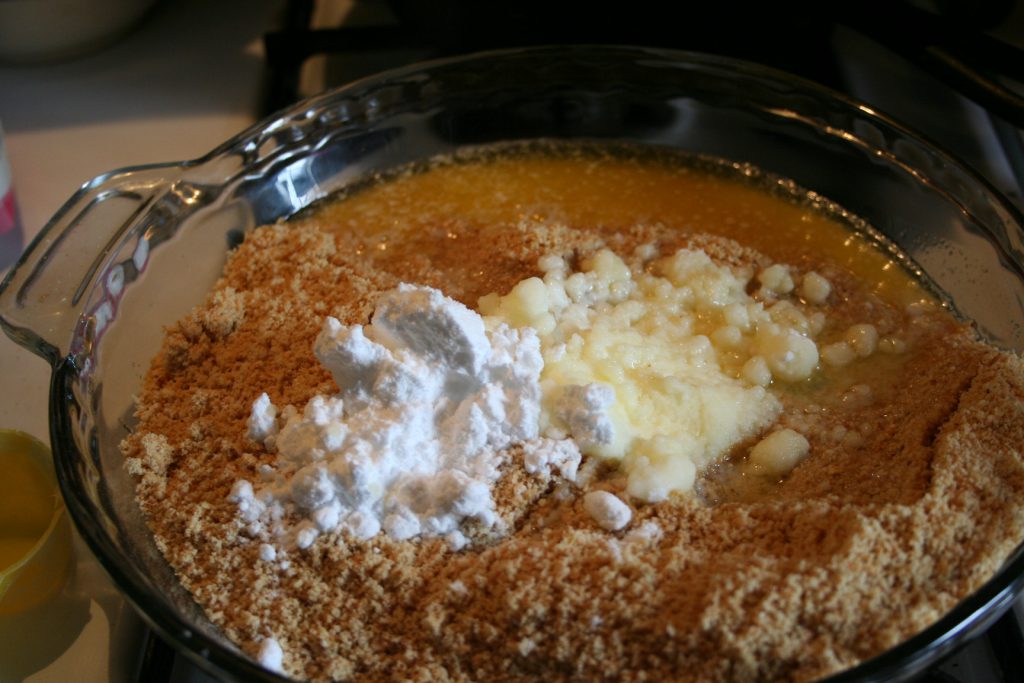 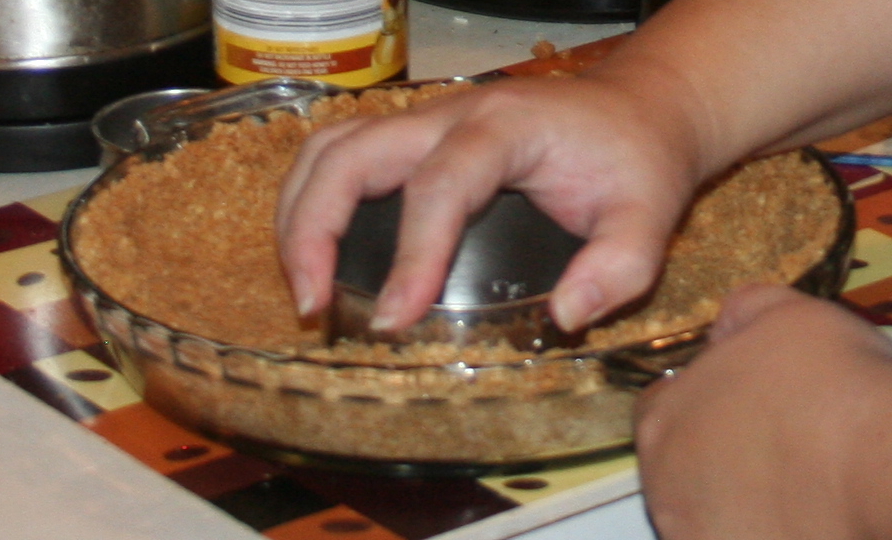 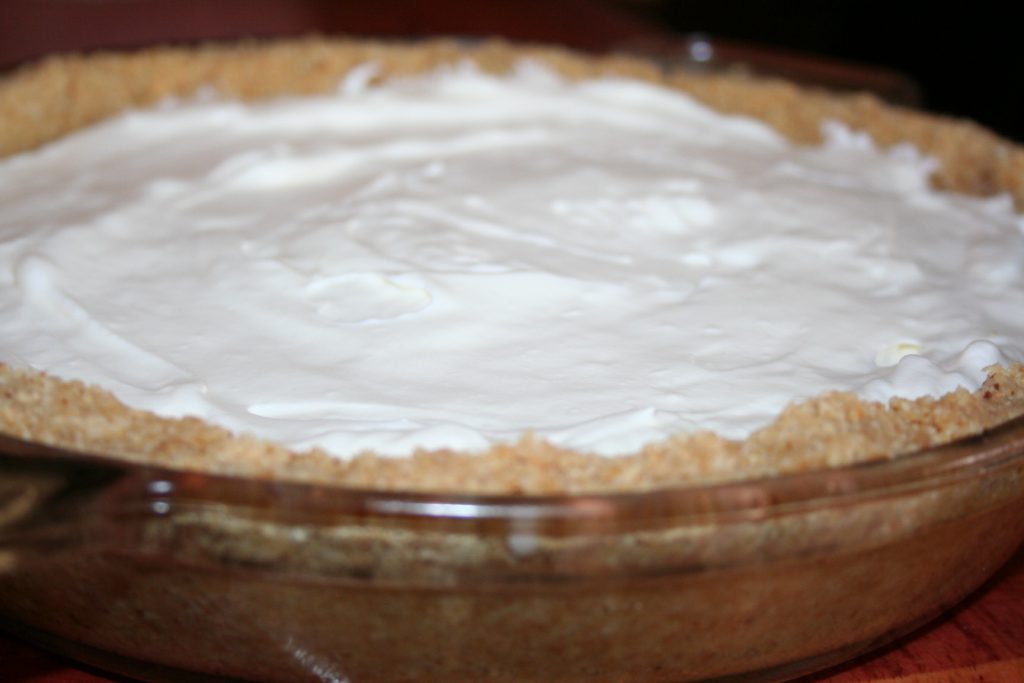 I hope you enjoy this recipe. The family really really loved how toasting the almond flour increased the flavor of the pie. I have realized that I’m not really a fan of almond flavor (as the experience with almond extract taught me, although I thought it was just the extract

). So I think I’d prefer it with a mix of other nut flours like walnut or pecan.  But let me know how you like it.