New Year’s Eve night is probably my favorite night of the year. When all goes according to plan, we get together with family, play games, and eat snacks. I love playing games with my family. But today I’m talking about the food.

I’m planning to make Taco Bites. I’ve done these in the past, before THM and Keto, so obviously I have to come up with something different. What I didn’t remember was that I did this last year too.

It’s funny because I searched again this year and happened upon the same recipe.

But I did find this recipe as well, that looked good too; so you may want to consider this one. (There was also one more crust that looked interesting, here.) 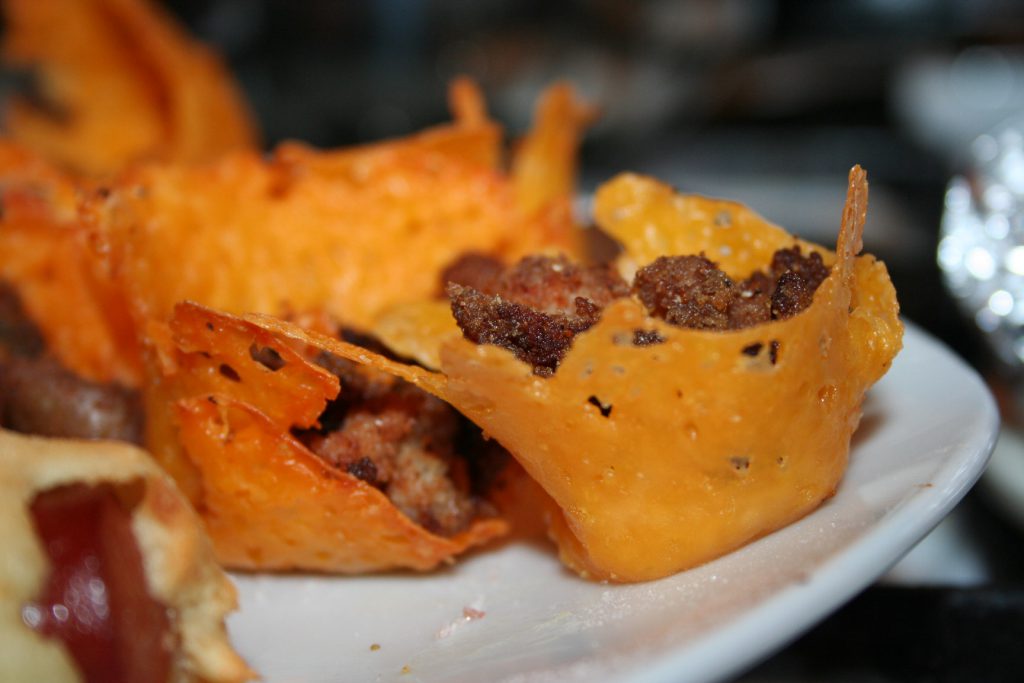 I did read on another website that you should put the melted cheese around the outside of the muffin cup, rather than squish it inside of them. I will try that this year.

We have made this before on Christmas Eve Eve and haven’t lately. Of course the original uses Chex cereal (rice is my preference) but that is NOT low carb, Keto, nor THM.

We found this one over on Joy Filled Eats that we really love! The year I found it, we made it three or four times during that holiday season.

I don’t think we made it at all last year and I know we haven’t made it yet this year. But that will be corrected very soon.

While I was looking for the recipe above, I came across several other recipes using pork rinds. Problem with that is that Michael cannot eat those, so we don’t use that recipe. Then I also found a recipe where a lady makes her own low carb “cereal.” I may make a second batch trying out the “cereal” version.

I hope these recipes help you bring in the new year.