This week’s diva challenge is to fold the tile in half and tangle one side mirroring the other. I didn’t think this would be all that difficult, after all Laura did two and they were both very nice.

I have to say that I liked the process on this one, kind of, but really dislike the final look, at least turned the way I drew it.

I decided to fold my tile in half, top to bottom. I had this image of a reflected lake in my head for this tile and I must say that the final tile is absolutely nothing like that mental image I had to begin with but that is okay. What really made me dislike this finished tile is that it looks an awful lot like a spider, if it is viewed the way I drew it.

I just started with putting a border and a corner-to-corner X string. From there I drew an arc on the center point of the top section and then mimicked that on the bottom section. I continued with arcs and blackened in areas. From there I drew some lines, kind of along the lines of footlites.

Then it went funky! As I started drawing the lines in the other two sections, I knew it was going to make something that looked like a spider, but I continued on any way. 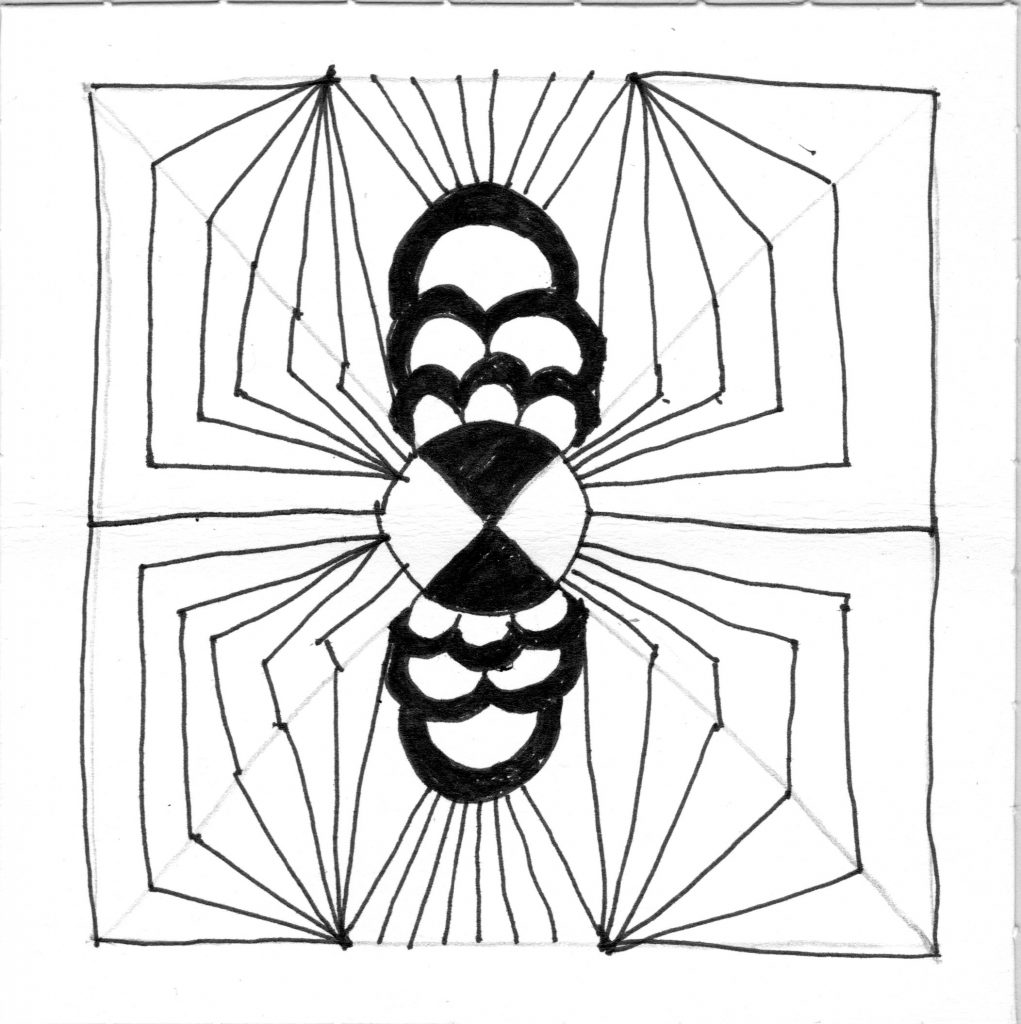 I decided I better scan it before I finish blackening. Here is another scan before shading. 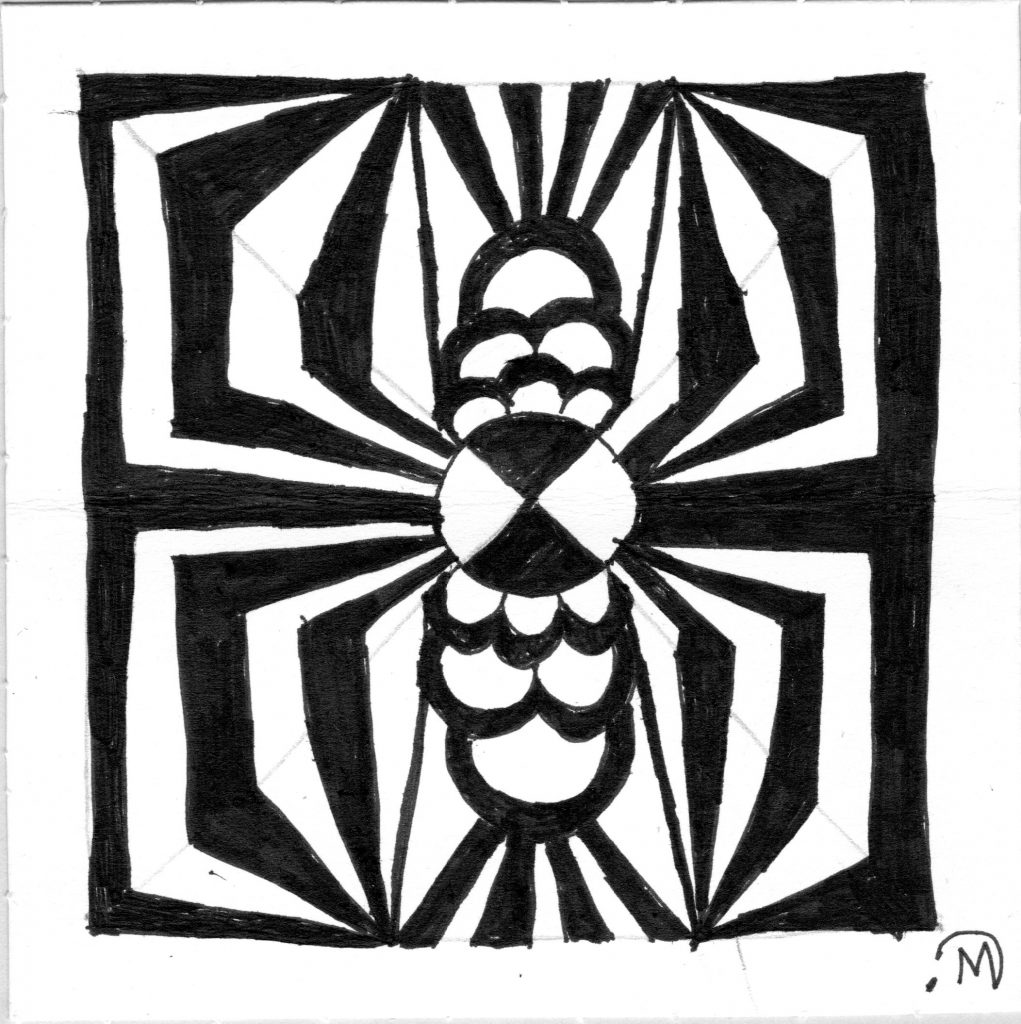 It’s really difficult to shade with such thick black sections, but I persevered. 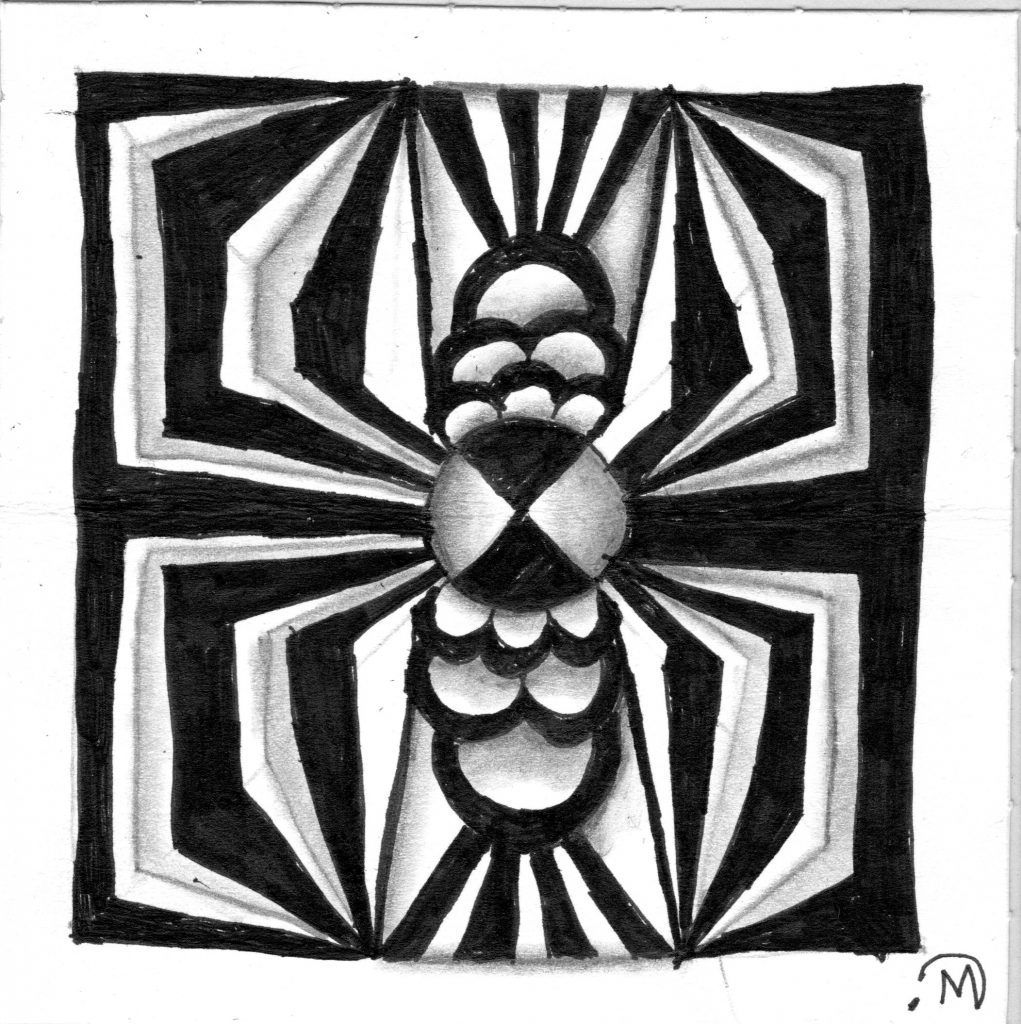 I have to say, it looks a whole lot less spidery turned this way. 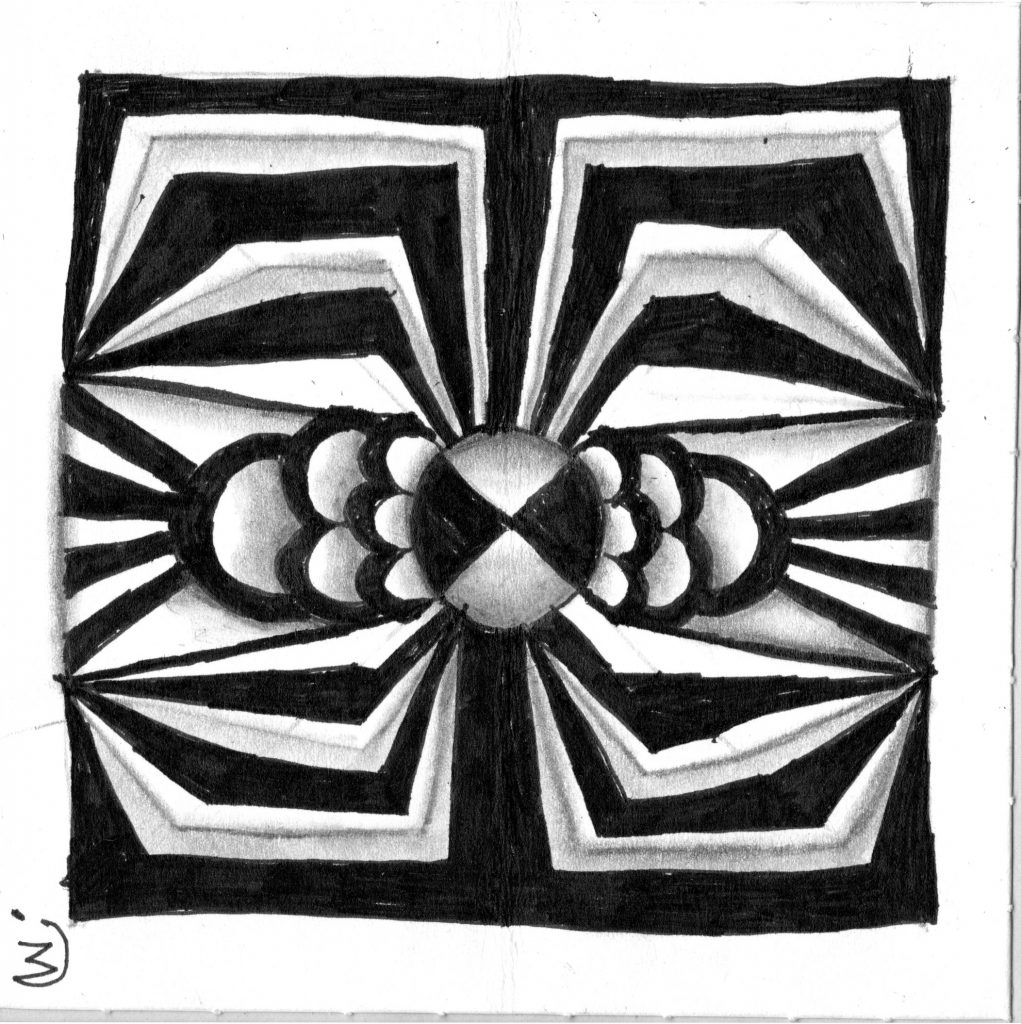 As it turns out, now that I’ve revisited Laura’s post, I didn’t exactly know what a diptych was and should have probably clicked the link because now I see that I probably should have emphasized the fold/connection.

I don’t have time right now, but I’ll try to get a photograph of the tile folded and standing up and add it here. Maybe it will look more like it is supposed to.

Thanks for all of your sweet comments on my grandson tile last week and thanks in advance for taking time to comment here as well! You all are really encouraging. I hope you have a great week.