This recipe is one of Sean’s favorites. When we first had this recipe, we were on a diet called “Let’s Do Lunch”. On that diet we could not have potatoes, so one of the ladies created this recipe using butter beans, which some call lima beans. Once we stopped following that diet, I switched and started using mashed potatoes.

One day Sean had asked for this meal and I asked him what it was he liked about it or wanted from it. You see, this recipe is like a Shepherd’s Pie where you make the mashed potatoes and put it on top of the gravied meat and bake it in the oven for a short time and that step was always the struggle for me. He said he was fine if we just had the meat gravy served on top of the potatoes.

I like to follow most of her recipe because it is so flavorful. There are two ingredients that are added in small quantities that make all the difference.

Without further adieu, here’s the recipe.

Peel and boil about 4-6 russet potatoes and make mashed potatoes. Brown one pound of ground meat. We use ground turkey. My meat was frozen, so I put it in the skillet on medium heat with a lid on it and scraped the browned part off the log every so often. Then I sliced one medium carrot using my mandolin and continued cooking until all the meat was browned and the carrot was mostly cooked through. (We don’t like crunchy cooked veggies.) 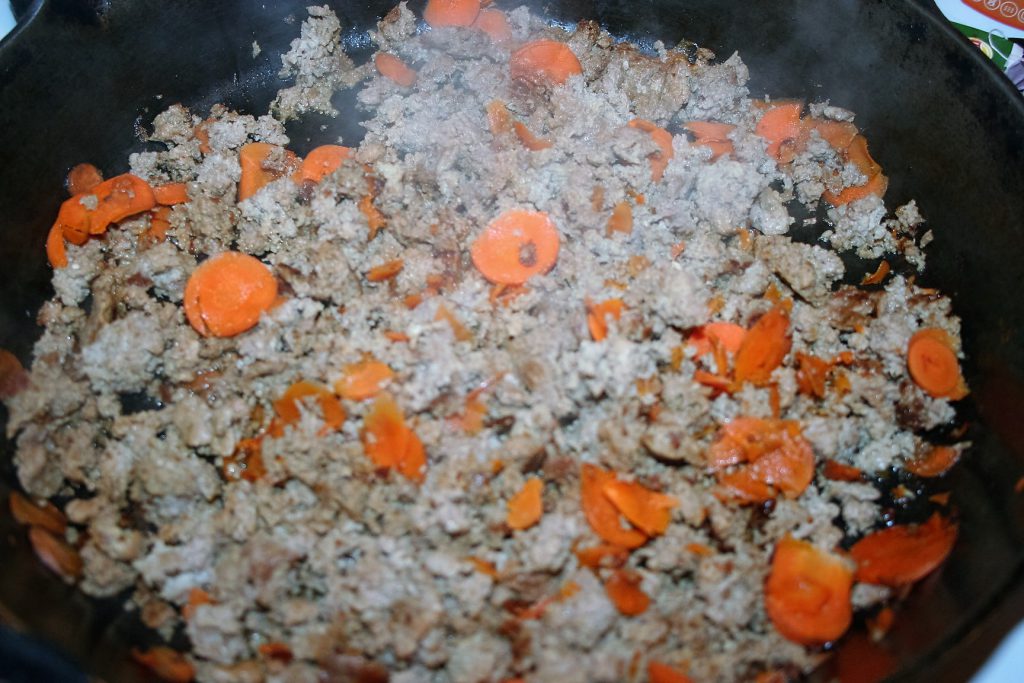 The original recipe called for onions and celery with those carrots but I don’t always feel like chopping the celery, so I just use onion powder and call it good.

When I brown ground turkey I don’t have any fat to drain away, but if you have a lot, you should remove it.

Now for the special ingredients. Add one tablespoon soy sauce (I use low sodium soy sauce.) 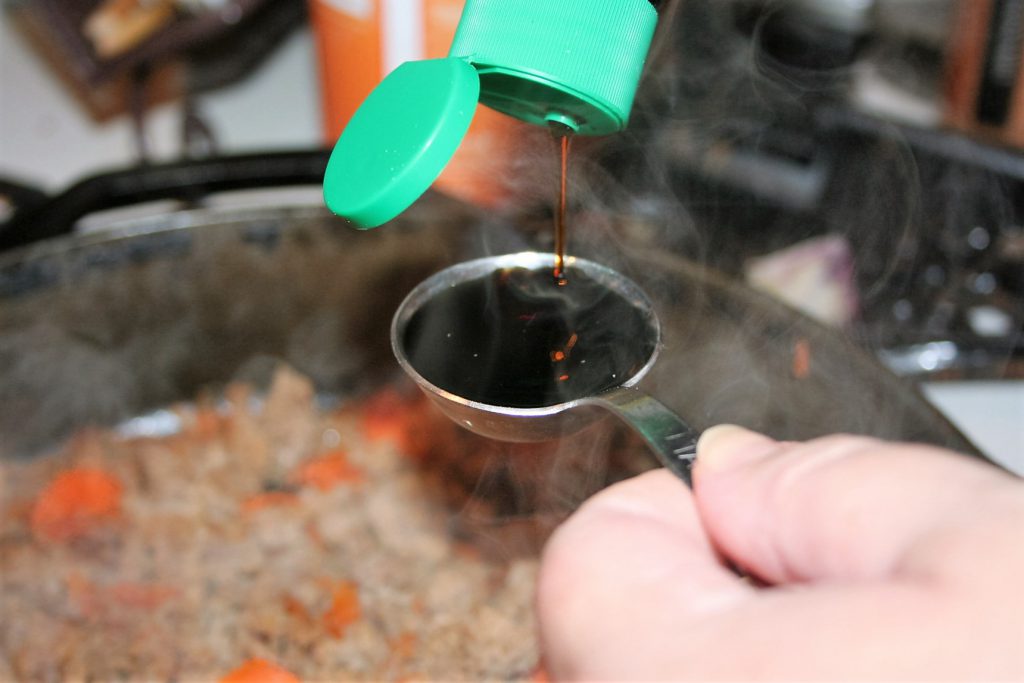 And one tablespoon ketchup 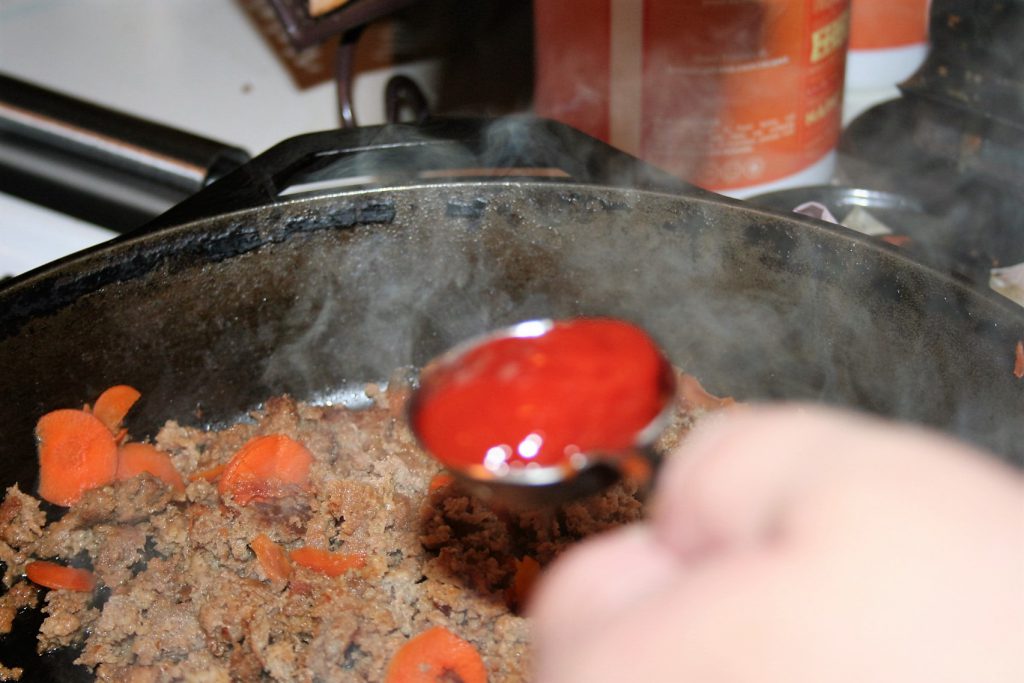 and two cups of broth. The original called for beef broth but we use chicken broth. 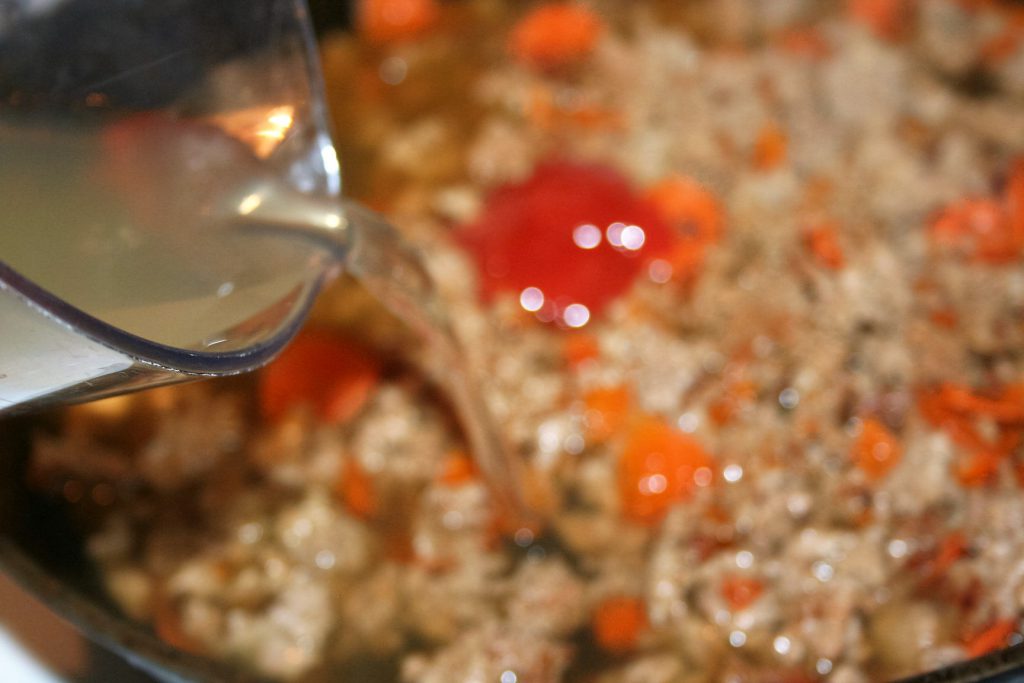 (Focus on the measuring cup and it is clear although the rest of the picture is blurry.)

Bring it to a simmer. Meanwhile combine half cup of cool water with three tablespoons cornstarch. 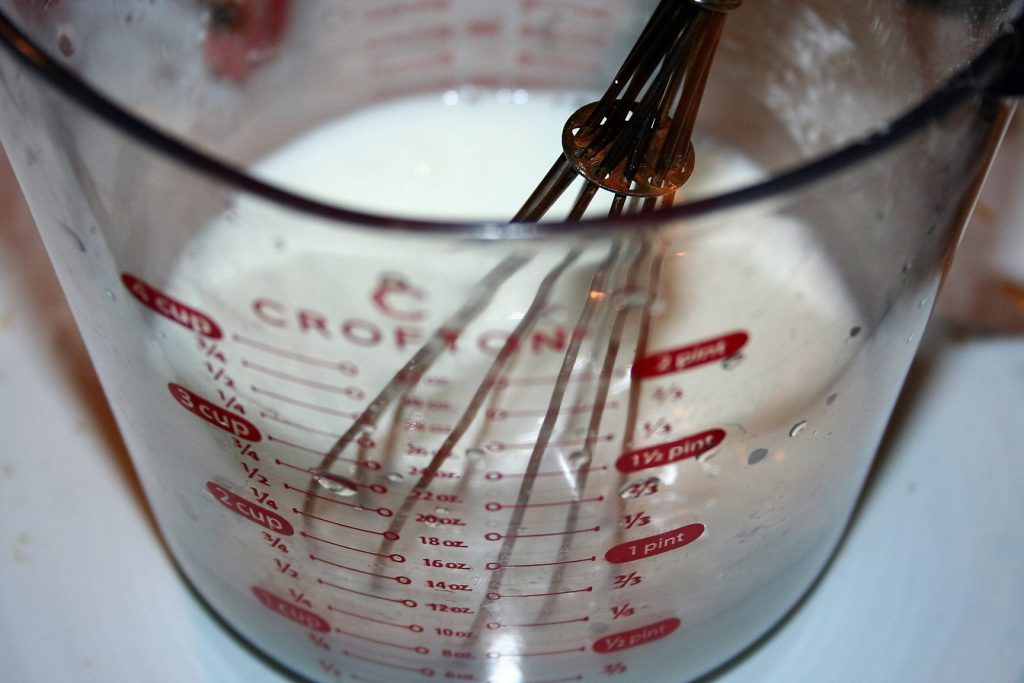 When the broth has come to a boil, 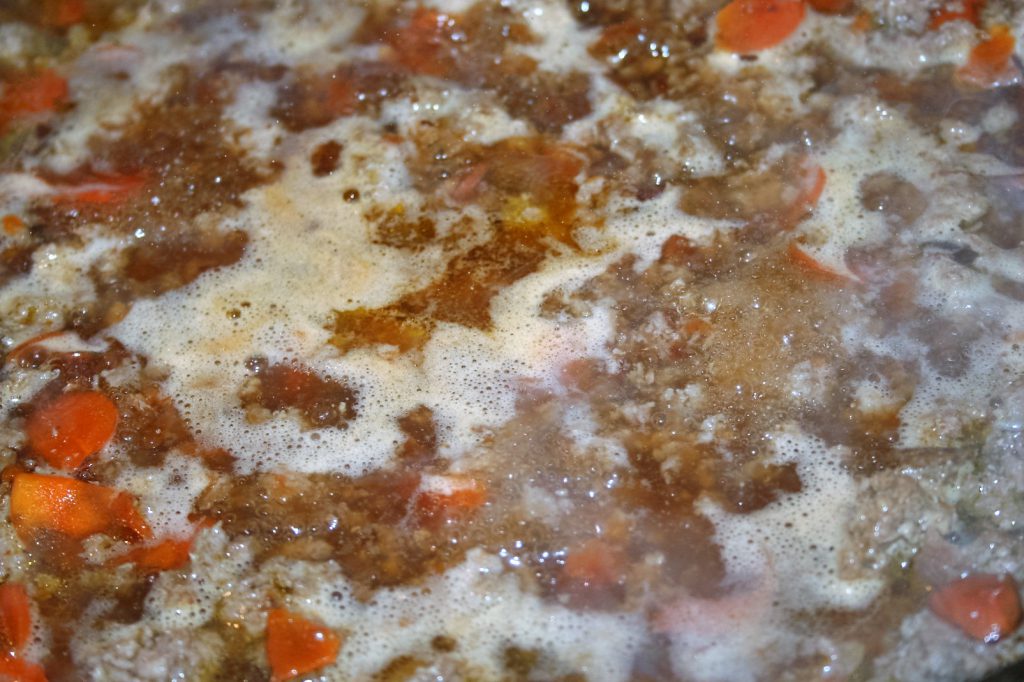 whisk in the cornstarch water. 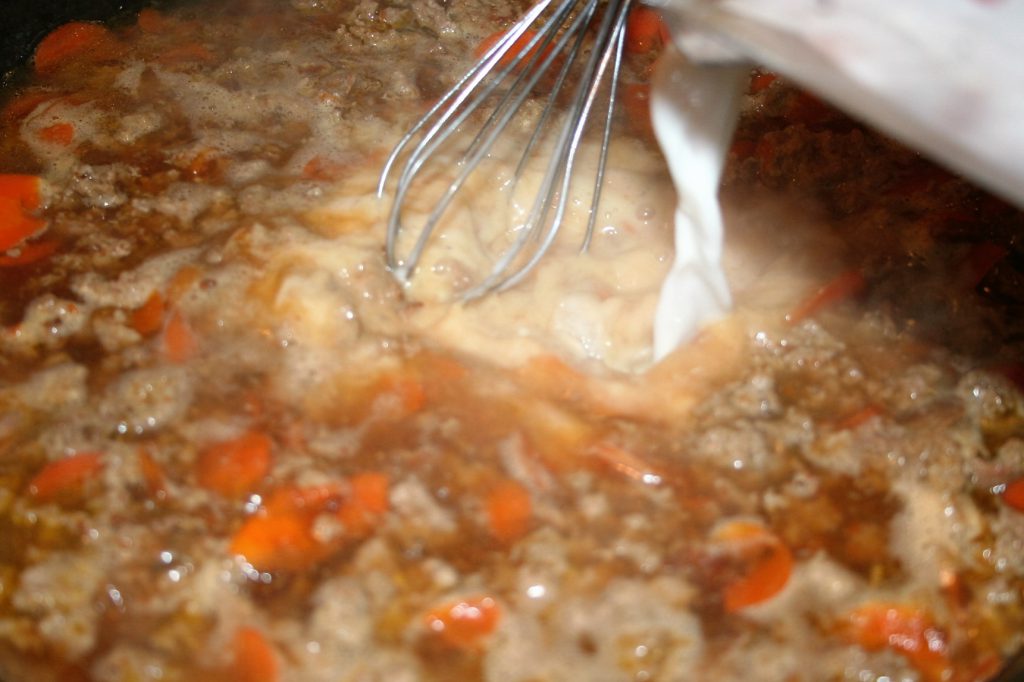 Keep whisking until the broth is thickened, incorporating all the broth from the sides of the pan. 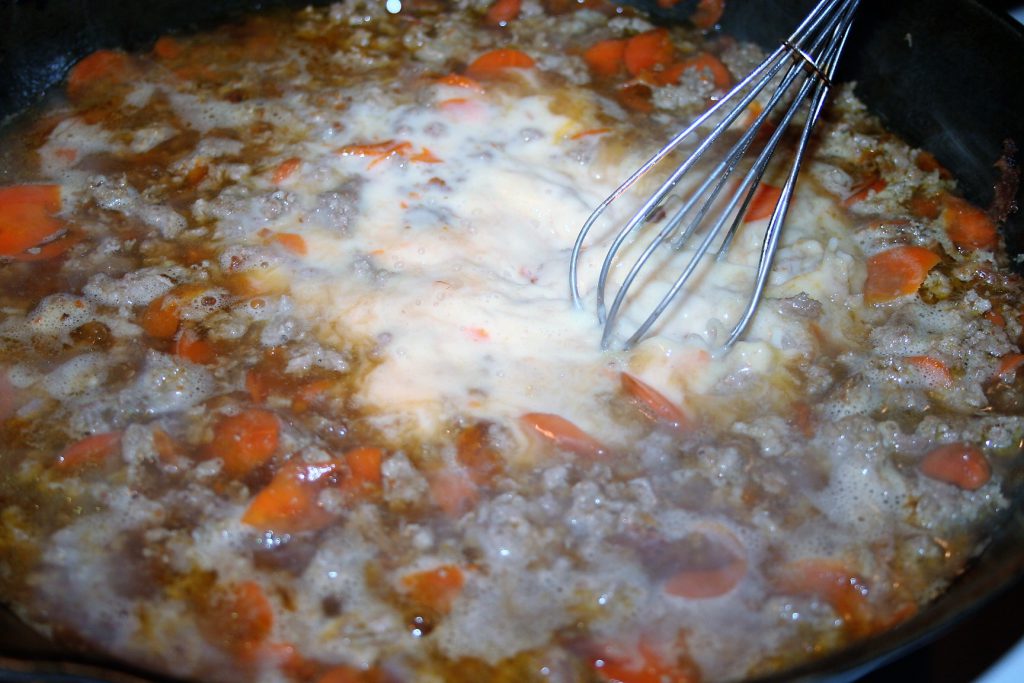 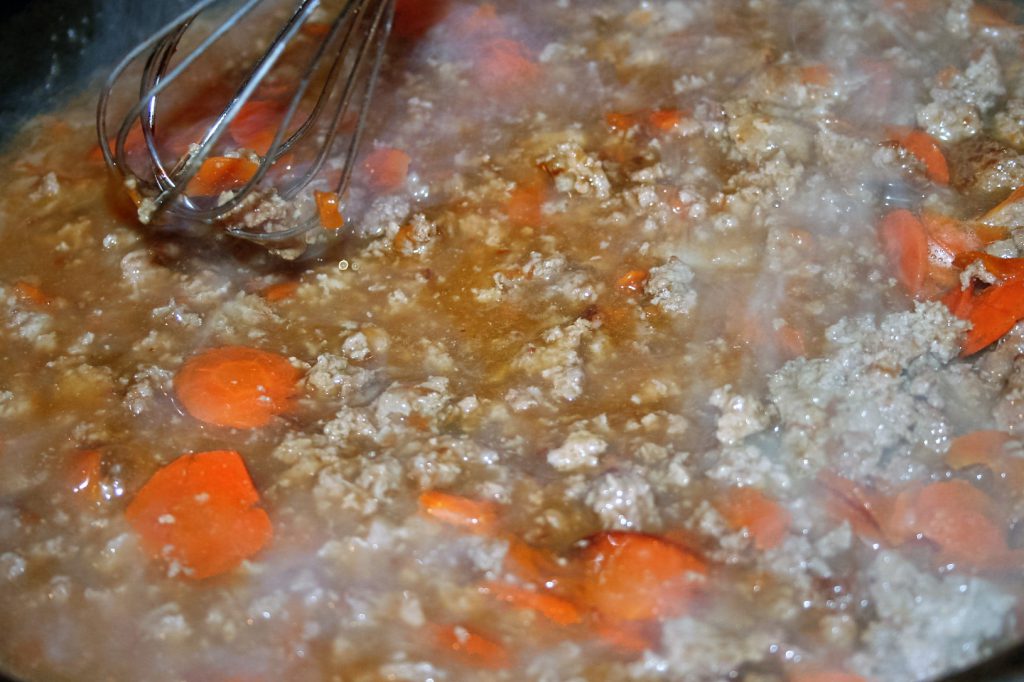 Until it is all thickened. 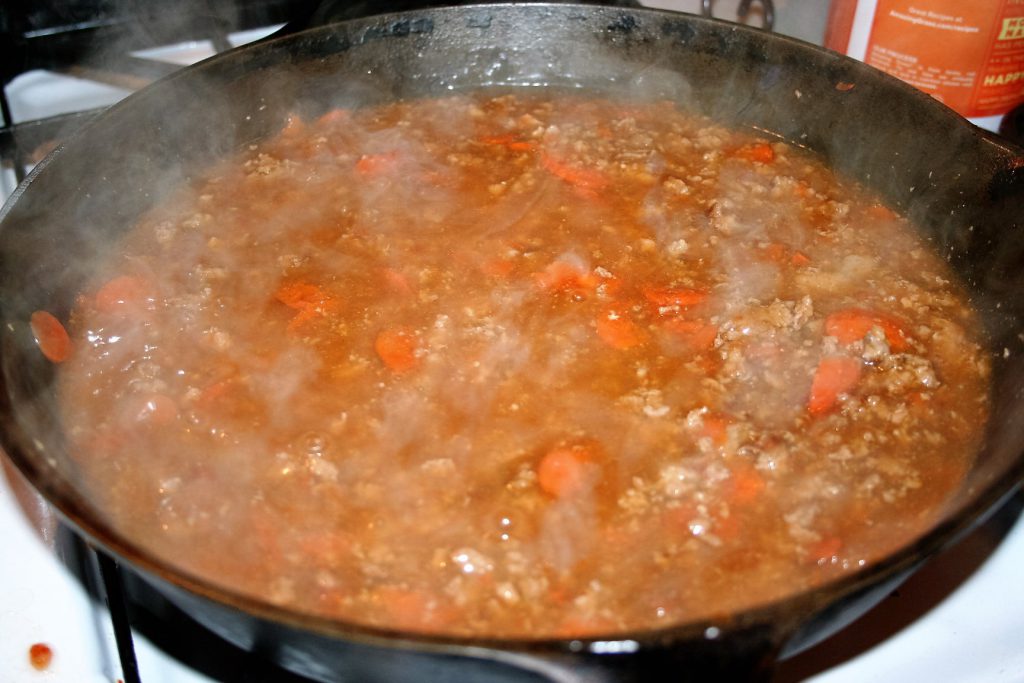 Mash or whip those potatoes into creamy yumminess. 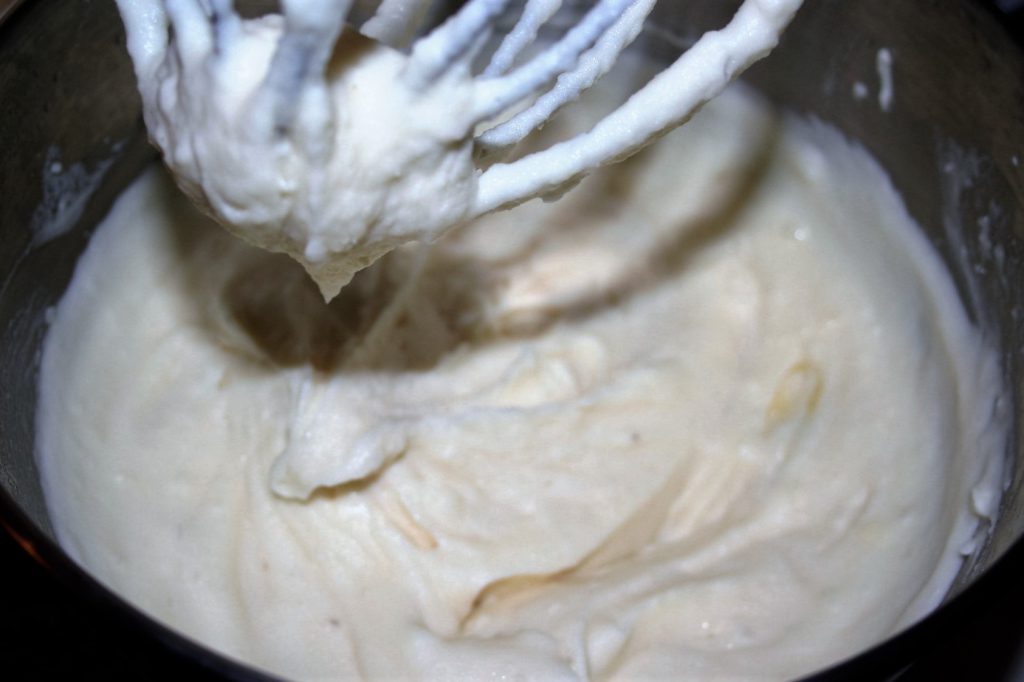 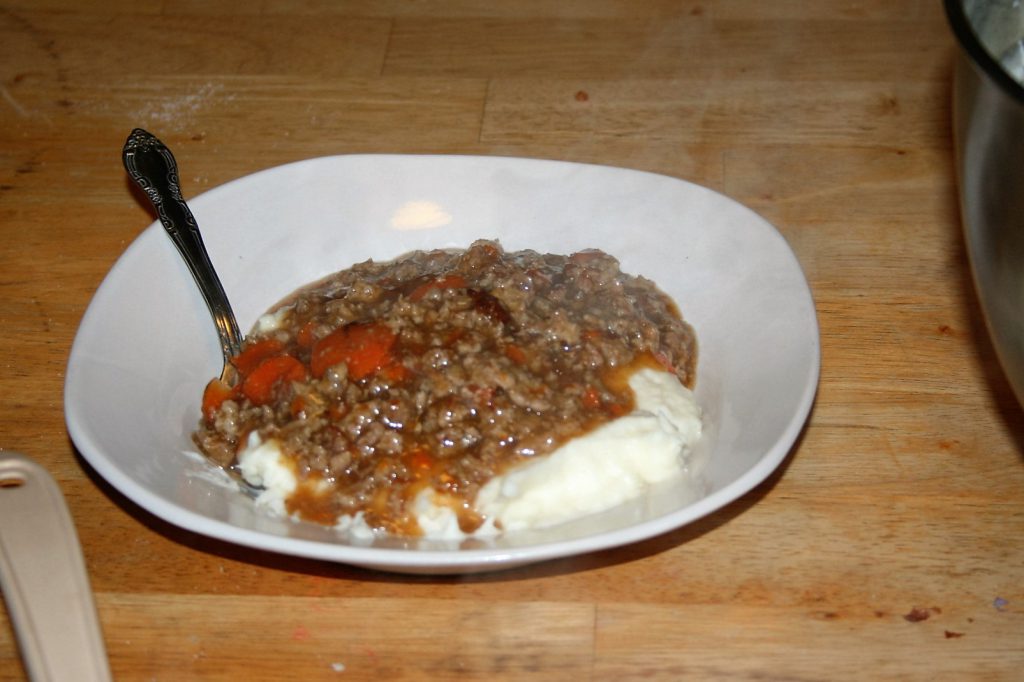 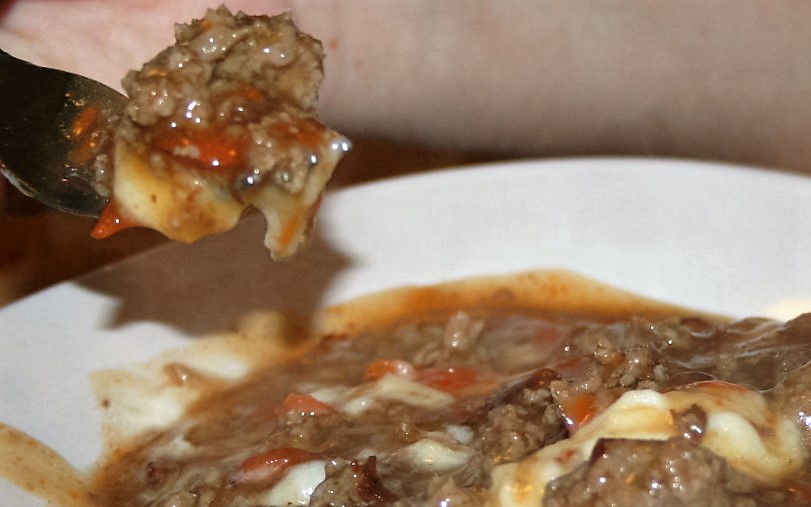 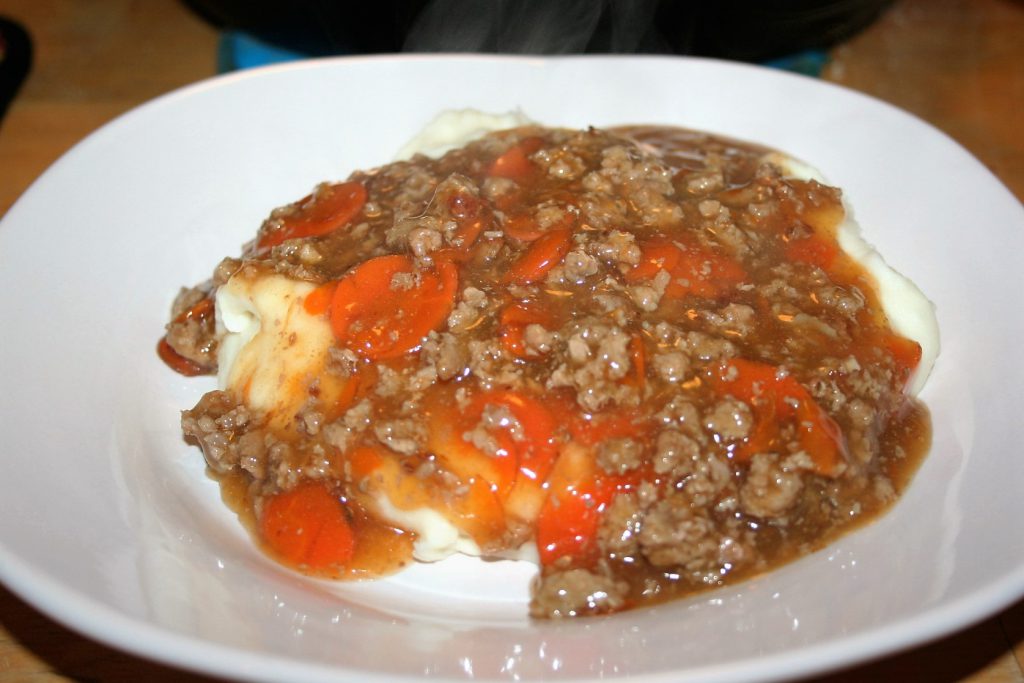 The original recipe also called for half a cup of frozen peas. My family is picky about their peas so I usually keep them out but am thinking that I may just buy a very small can of very early peas and add them just before I add the cornstarch water. If you decide to add the frozen peas, do so when you add the broth.

I hope ou enjoy ths one.