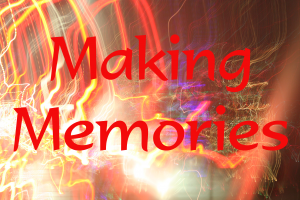 I really should have followed my instincts and made this post last Friday even though I was a bit tired, because by last night, I was exhausted!

Mike and I went to bed early last night, which is extremely unlike me but I was that tired. As a matter of fact, Tiffany was that tired too because even she went to bed early. I was only slightly tempted to stay up to talk to Sean when he got home to see how his work party went, even though we knew he was already on his way home (which meant it was probably at least another half hour before he arrived). Yep! T-I-R-E-D!

I do have to say, it was a good tired. As I mentioned Friday morning, I went shopping with Tracie for gift bag fillers for their H.A.N.D.S. Christmas Blessing. I made it home in time to have hamburgers and french fries ready to eat at our normal time.

Saturday I got up excited for a good day ahead. Mike and Sean went into town and stopped to drop of a big vac at Brian’s for him to close up their pool for the winter. They had other errands to run and some how Brian ended up at Walmart with them. Mike had planned to get some lights to put up outside. (This is the first time in our married life that he has even wanted lights up outside.

I’m excited that he wants to do this.)

Any way, the plan had been for Mike and Sean to get into town, run their errands and get back so that Mike and I could leave by four o’clock to meet Brian and Lauren at Cheddar’s for dinner. Then Sean and Tiffany were to come into town and meet all of us at Rhema to enjoy their light display.

Mean while at home, Tiffany and I thoroughly cleaned the living room. She got a really bad headache and I sent her to take a nap in hopes that it would go away, while I did a short zumba, then off to the shower to get ready for our evening. Whilst I was in the shower Mike had texted me and finally gave up and called which roused Tiffany, who brought me the phone. New plan emerged . . . he and Sean had gone back to Brian’s to help with the pool but were running late so Tiff and I needed to come there. Crazy short version: we left for Cheddar’s at 5:00 instead of 4:00 and the place was packed — but everywhere nice was going to have the same problem at 5:20 on the Saturday twelve days before Christmas. So, I convinced Mike to wait it out. (His normal instinct would have been to leave.)

Our original plan would have had us nearly finished eating by this time and headed to Rhema. We then experienced some ripples from our delays. We waited quite a while for our food, which was no problem because we had a good time of fellowship with Brian and Lauren, but we were being delayed yet again. By the time we finally got out of there it was after 7:00. Let me just say this is NOT the time to be headed to see the lights! I was told there was a 3 mile backup to get into Rhema but we persevered and found a way to enjoy the traffic even though we were in three separate vehicles.

I’m not sure who called who but the next thing I knew, Brian and Mike were talking on their phones. I told them that one of them should 3-way in Sean on the call, which Brian did. We then all had our phones on speaker and enjoyed talking and laughing with each other as Mike lead the procession to our destination. Our team plan was to go passed the turning line of traffic and enter a different parking area and enjoy the lights as we walked to the main displays.

The place was packed and none of us like crowds but we were determined to enjoy ourselves all the same (and we did). We finally left, as they were closing, after 10:00 pm. We decided that whenever we do this again in the future that we will not try and eat out anywhere other than fast food and will be there at 5:30 and attempt to go earlier in the week NOT on the weekend!

Now, you may be asking, what in the world does this have to do with marriage. The thing is that in marriage, we give and take. I have given up going and enjoying the light displays for many years. This year Mike gave and took me, even amidst his most disliked situations (crowds). We built some memories, not only as a couple but as a family because as a couple we had dinner with our oldest and his wife, and as a family, we made fun memories to be retold again and again.

Marriage is about living life together not just getting through it. It is about giving of oneself, showing your love for the other, and allowing your partner in life to give of himself as well. You have to be a good giver and a good receiver. Marriage is about knowing when to do which and doing it with grace and love.

I hope that you are taking time to show your beloved how much you love him during this wonderful season, giving of yourself, receiving with grace, making memories to treasure and finding time to thank the Lord above for it all.