Last week I decided to give one of my old holiday favorite recipes a makeover. I was encouraged to do this by a family friend who had done it herself using almond flour and coconut sugar. So I thought, if she, who is only 24, had the courage to make some substitutions in the recipe, then I would too.

I got the pumpkin bars recipe 23 years ago from a church friend who had served them at a homeschool lunch. They were so delicious I asked for the recipe and have made them ever since. Until the last couple of years, that is, when we started a low carb lifestyle.

I researched and found that THM Baking Blend can be substituted nearly cup for cup for regular flour (just make it a scant cup instead of a level cup). Of course I had the sweetener conversion chart from THM, available here (scroll to the bottom of the page and it is on the left side of the page). The other major change was the amount of oil; the original recipe called for an incredible full cup of oil. I looked at the recipe I linked to last week from My Montana Kitchen and decided I could do a mixture of water and oil, so I did 1/4 cup oil and 3/4 cup water.

We made this again last night. Since Tiffany was going to eat this one and she is sensitive to egg yolks, of which there are 4 in this recipe, we decided to cut back on the whole eggs and add extra whites thus changing it to 2 whole eggs and 1/2 cup egg whites. I suggested that she beat those egg whites a little bit to make them a bit fluffier. 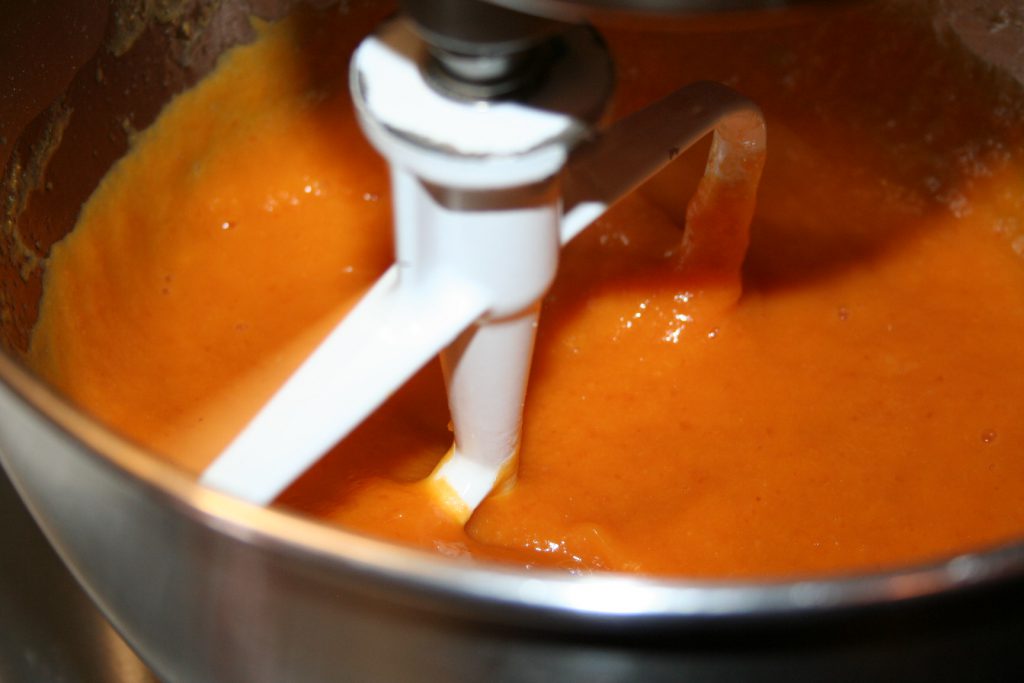 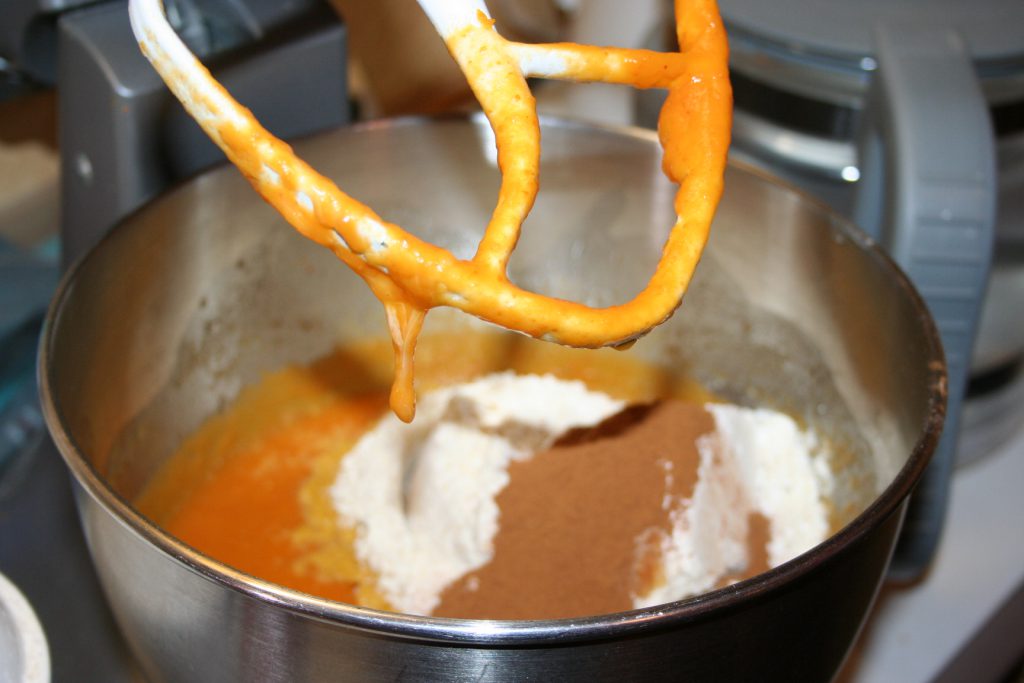 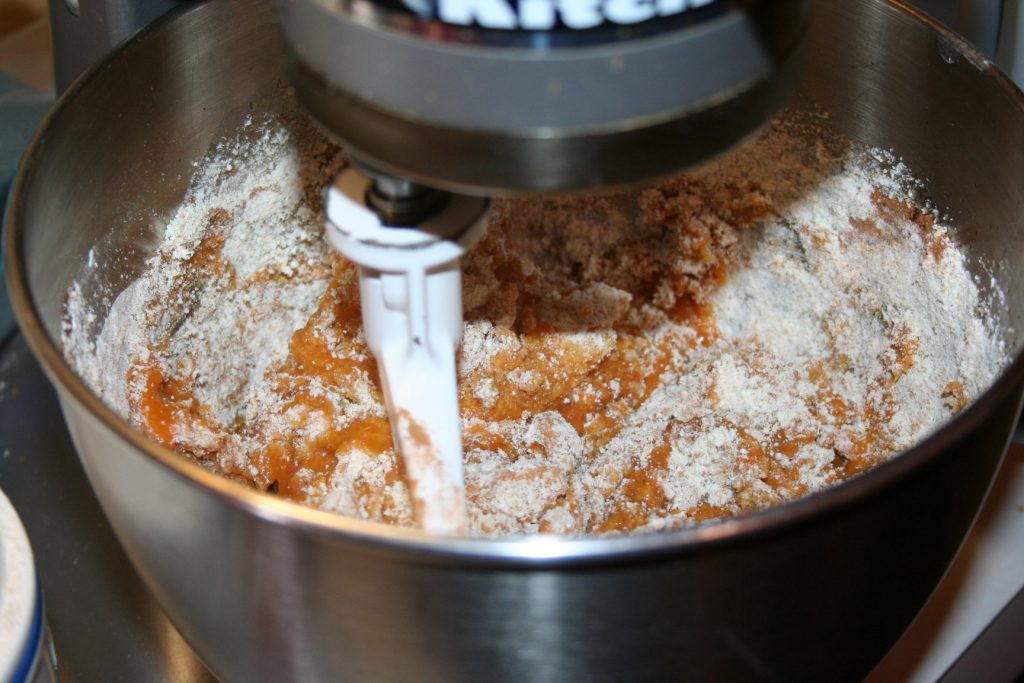 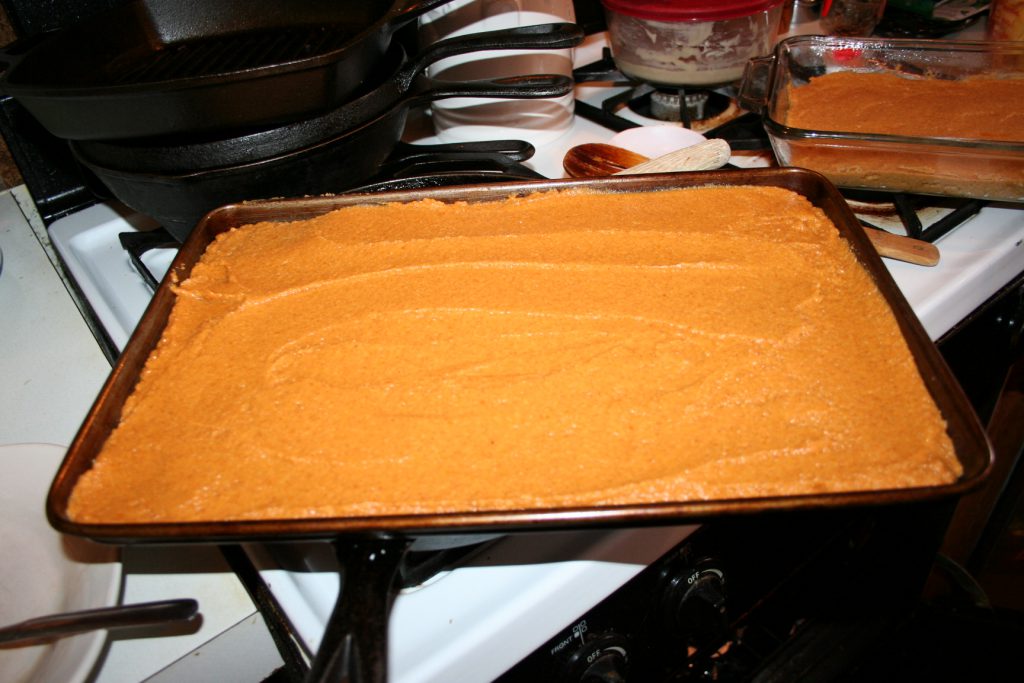 Bake at 350º for 15-30 minutes. I recommend taking it out earlier rather than later to keep it nice and moist.

When it is cooled, add the frosting.

Our problem last week was the frosting. We put way too much Sukrin Melis (icing “sugar”

in our butter and cream cheese mixture and it was not good. As a matter of fact, we all ended up scraping the frosting off and just ate the cake.

It was so moist I didn’t even miss the frosting. However last night we are added more butter and cream cheese to what we scraped off the cake, so as not to waste the ingredients.

And, it turned out nice! 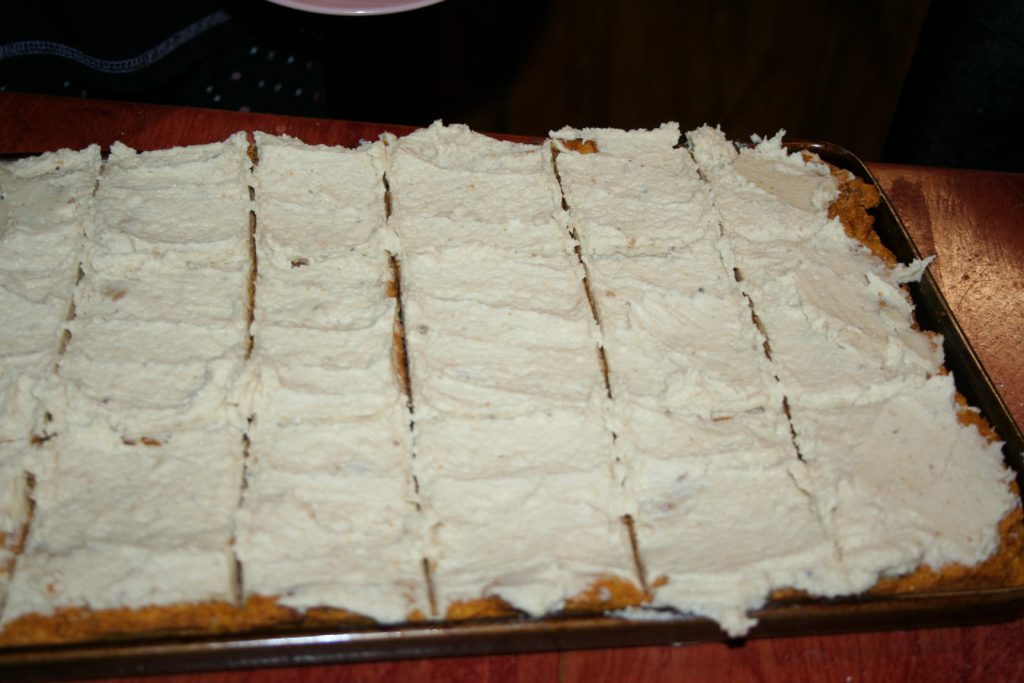 So here is the new, low carb pumpkin bars recipe. I hope you’ll enjoy them. 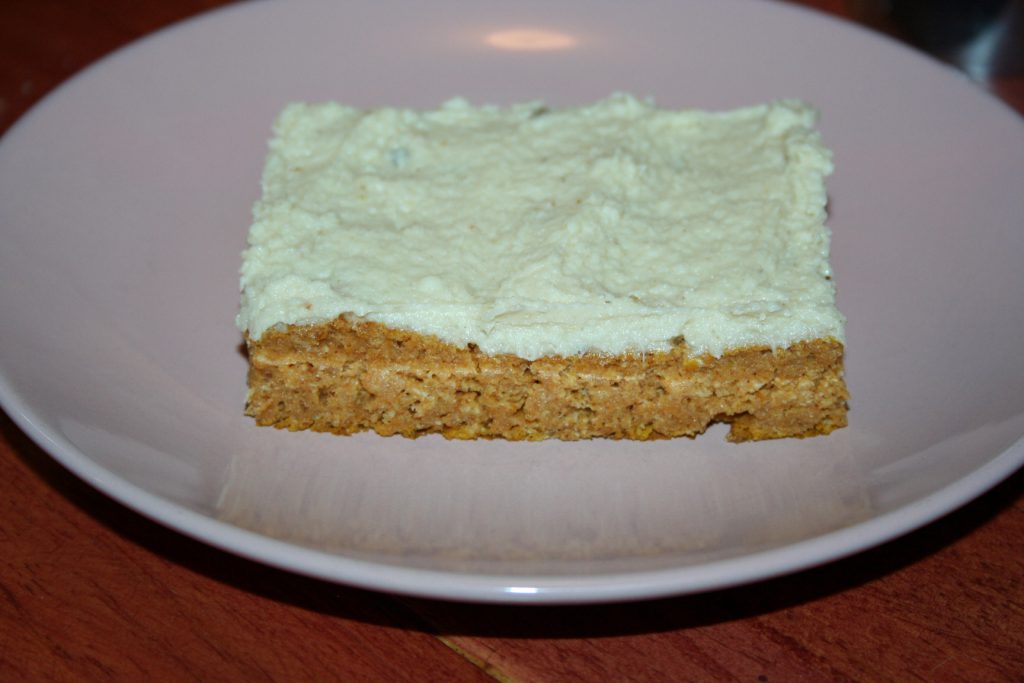 I hope this is helpful to you. I know I’ll be making it this way again soon (Christmas is coming