I’ve missed chips. Not necessarily potato chips but something crunchy (and not a vegetable) to eat with an E sandwich or to snack on. So I decided to try the Puffs from Trim Healthy Mama Cookbook on page 460. 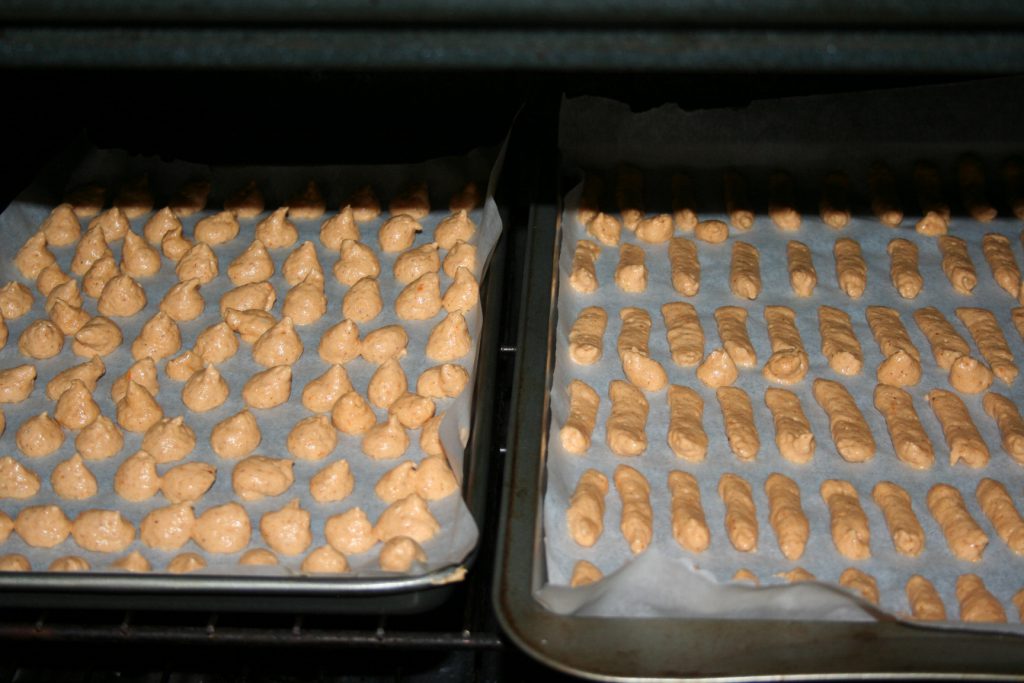 I made a mistake and added the coating seasonings in the batter. 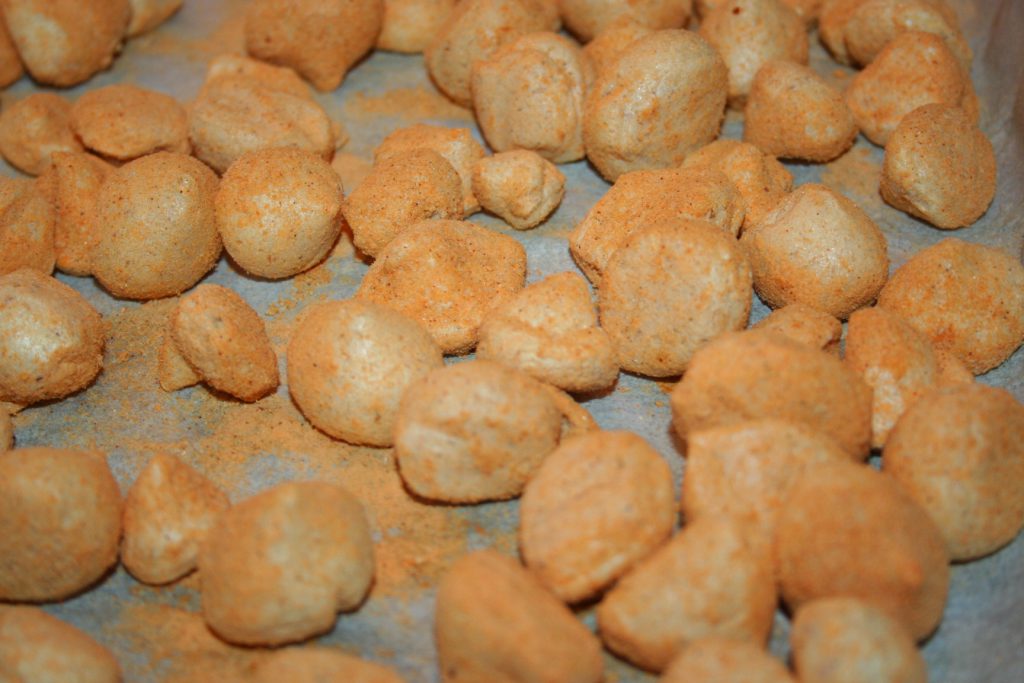 We still ate them. and I tried again later in the week. 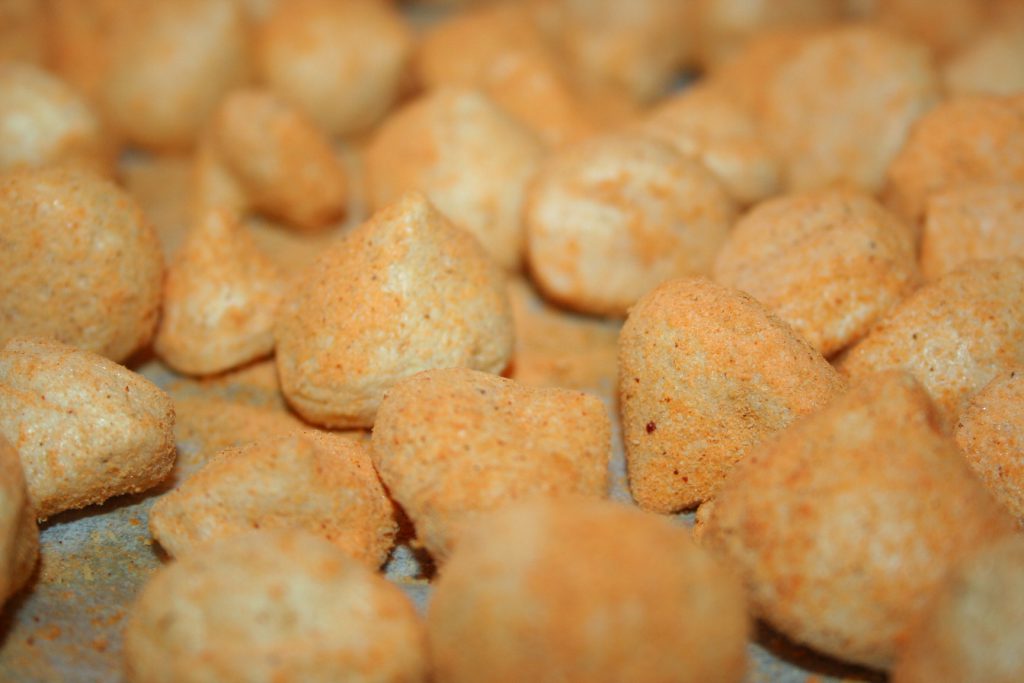 It is important to space them evenly on the parchment paper lined baking sheet so that they all get baked the same. I was trying to get by with only two sheets for a double batch of puffs, which is supposed to take two sheets each but I wouldn’t have had space in my oven for four trays. I ended up having some too close to each other this last time and so they weren’t as cooked as they should be. So, I put them back in the oven after spraying and coating with the seasoning and left them a little long, which is a theme of my week that you will notice here in another instance.

So, I’ll do the puffs again, hoping that the third time is the charm and a keeper.

I also made some sprouted spelt bread. 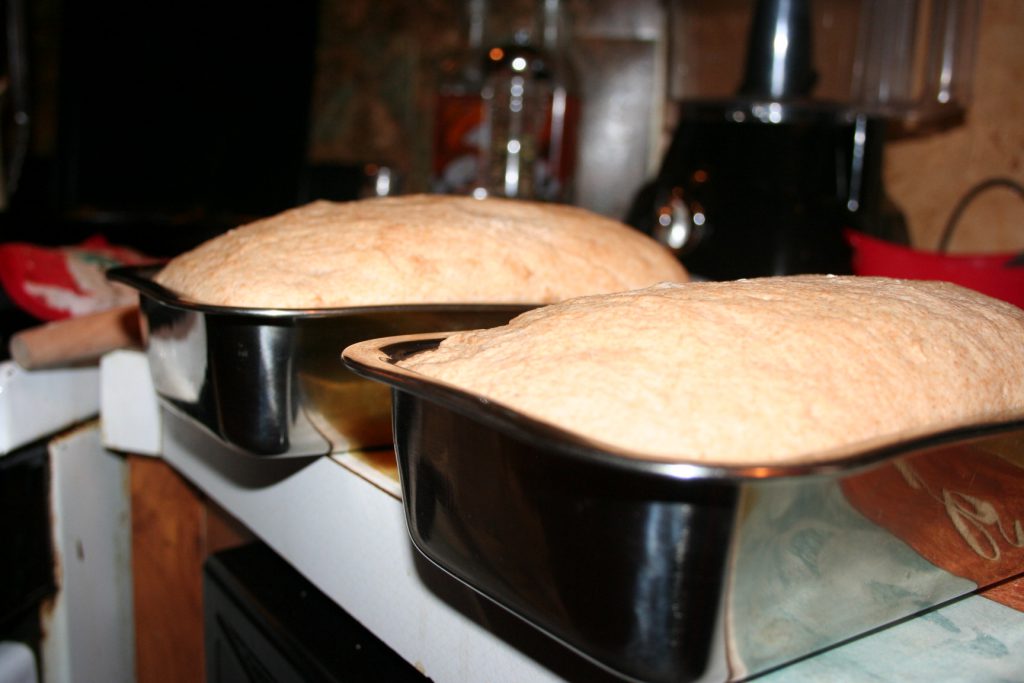 For the life of me, I cannot get it to rise more than this. The one loaf is a little better than the other but alas, short loaves. This is the recipe from the THMCookbook too, page 200 or over on joyful-jane.com. (I used Jane’s recipe the first several times I made this and used the sprouted white wheat four she recommends but mine still looked pretty much like this. Since this is made with the spelt, I’m told that is why it doesn’t rise as much.

I really like the tip she gave about letting it rise in a warmed oven. Well, when I made this the first time, I wondered if my oven was warm without doing any preheating; so I put a thermometer in the oven and found it was 90º, without turning it on at all. This is perfect because she said you want the temp between 80º and 100º I think.

Next up was Swiss Crackers from page 457 of the Trim Healthy Mama Cookbook. These are a fuel pull too (which means they can be eaten any time, with any meal because they are low in carbs and low in fat).

OH! I know what was up! I have a gas oven and it says that the lowest temperature is 200º so I thought that I couldn’t make these on the 150º or 175º that the recipe required. But then I remembered when I made the bread that the oven is at 90º and that I could probably turn it up somewhere before the 200º mark and be close to the required temperature.

In my week of baking attempts I had the oven on 200º and then opened the door and backed it down a bit, checked the temp and wha-la 175º. I backed it down a bit more and found 150º. So for  this second attempt I put the oven where I marked that it was 150º and proceeded to wait for hours for the crackers to bake. I went back after 3 hours and checked them and they were way too moist still and the temperature was not right. Ugh!!! So, I turned the knob up to 200 and back down to a little above where I marked the 150 and left it.

Ummm, I forgot about it and went to bed. The next morning I checked on them and they were definitely crispy! 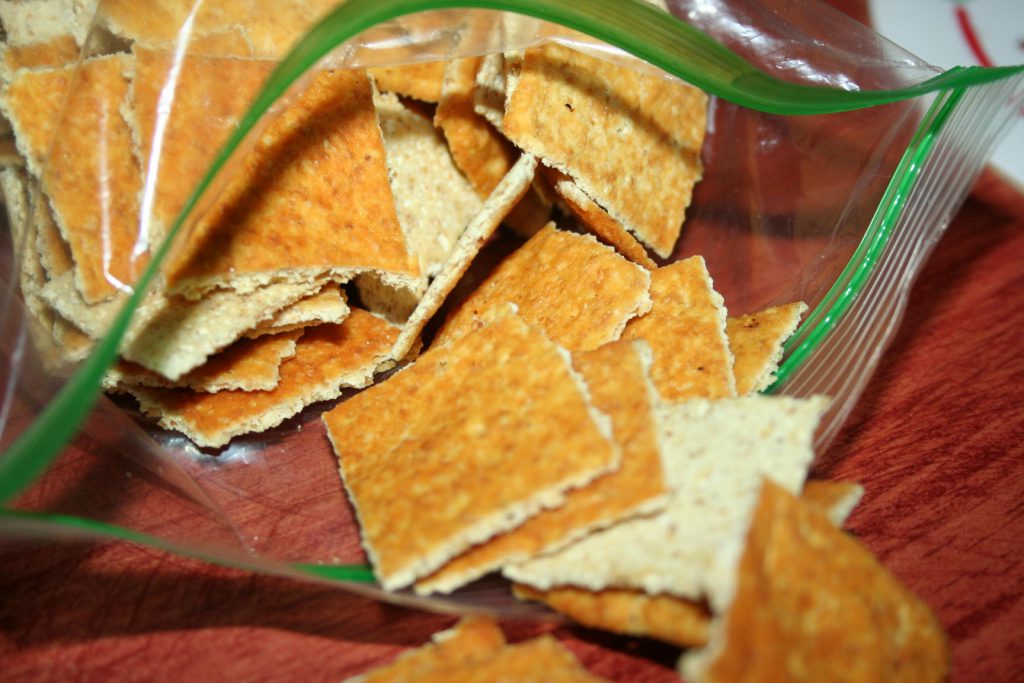 Yeah, they are not supposed to be that brown! Okay. No problem. Next batch will be better. And hey, these too have been eaten, even in their way over crisp state. We don’t toss food unless it is absolutely inedible.

Since Tiffany said these reminded her of animal crackers, we decided that we will add a little bit more sweetener to a batch in the future and see if we can get it to taste more like an animal cracker.

Believe it or not, that isn’t even all the baking I did last week! I also made some pasta and some muffins. Tiffany even did some baking too. I’ll have to share those adventures another day as this has gotten too long.

Yes, a bit of a cheat post because there is no recipe. I’m just talking about good eats and directing you to their recipes.

I’m also encouraging you to keep trying when a recipe doesn’t turn out the way you thought it should the first time.