This is catch-up week on the Zen-Untangled 2020 project over on Tangle All Around facebook group. She did offer up seven new strings to play with any of the tangles so far. I however, am just finishing up with week four. I’m having to do most of the stepouts this week even though I am familiar with most of the tangles.

Well, Nipa and Pepper are two I love and actually have stepouts already done for them. Verdigogh is one that I have printed out from my beginnings of Zentangle and Molygon is not a favorite of mine but I know its steps. Ellish is one I’m familiar with but don’t prefer either but have made a stepout for it because I did start tangling with it in church one week and realized that I didn’t exactly know the steps from memory.

So Bumper and Locar, which are very similar to each other, are the others that I needed to do the stepouts for. I did get those two drawn but not shaded yet. 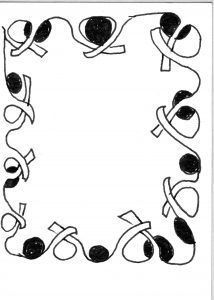 I only did the stepout for Locar but not the sample on the front of my ATC card. Thus I have not shared it here.

I used the week four string that Alice provided. Here is the scan of my unshaded tile. 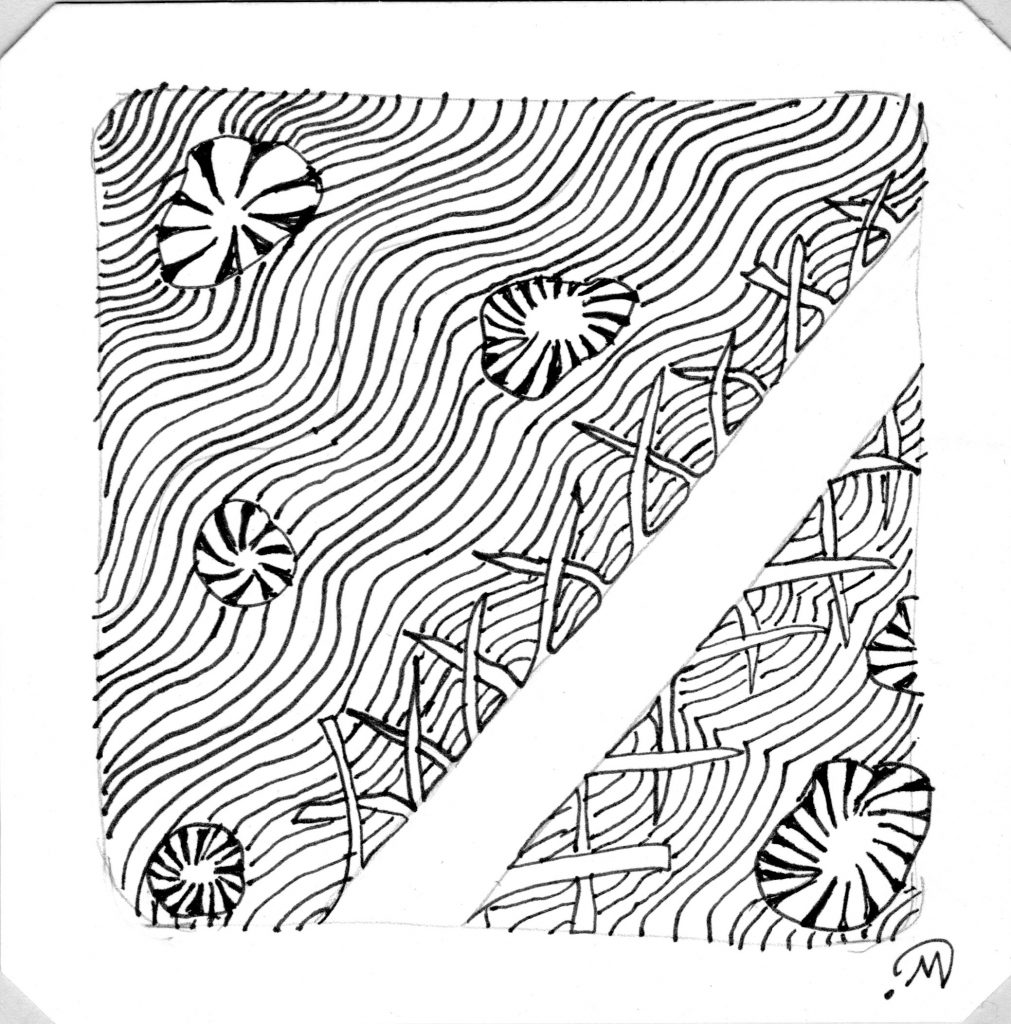 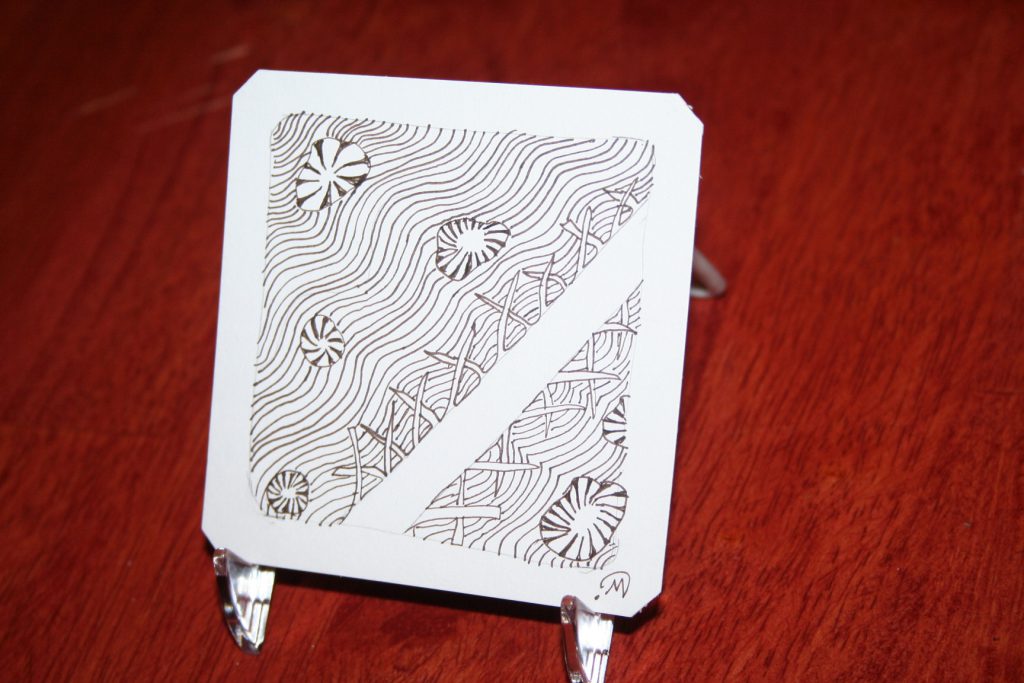 Then I added some graphite shading. 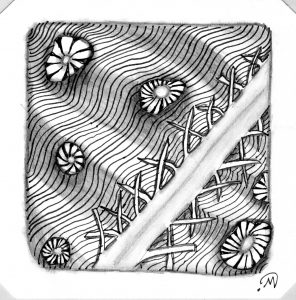 Here is the picture of the finished tile. It was after dark, so I had to take it inside. It is kinder than the scan. 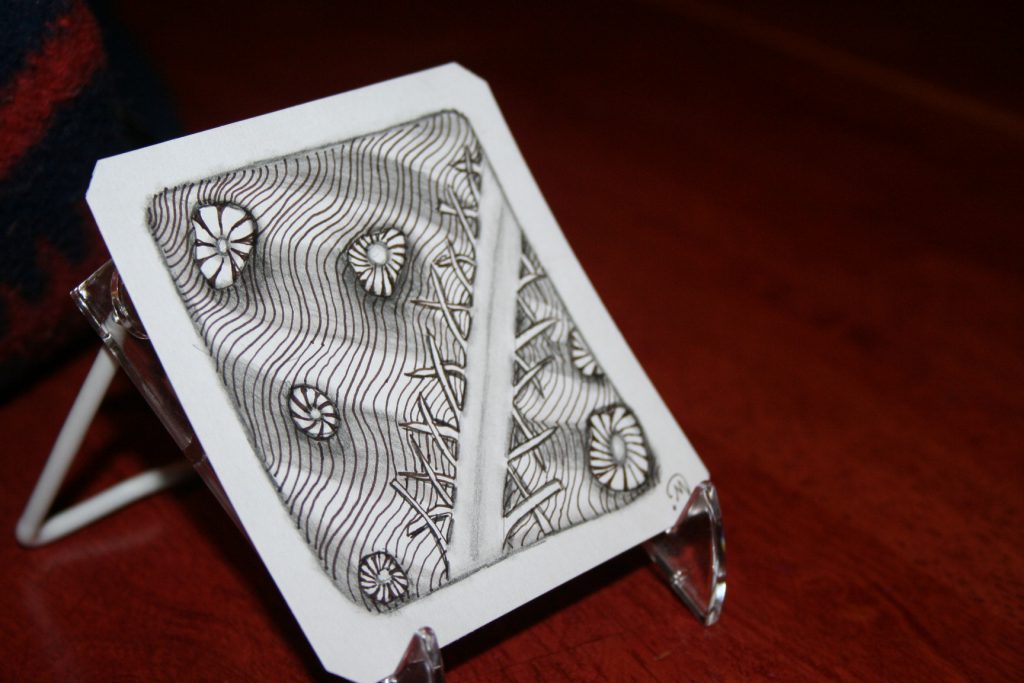 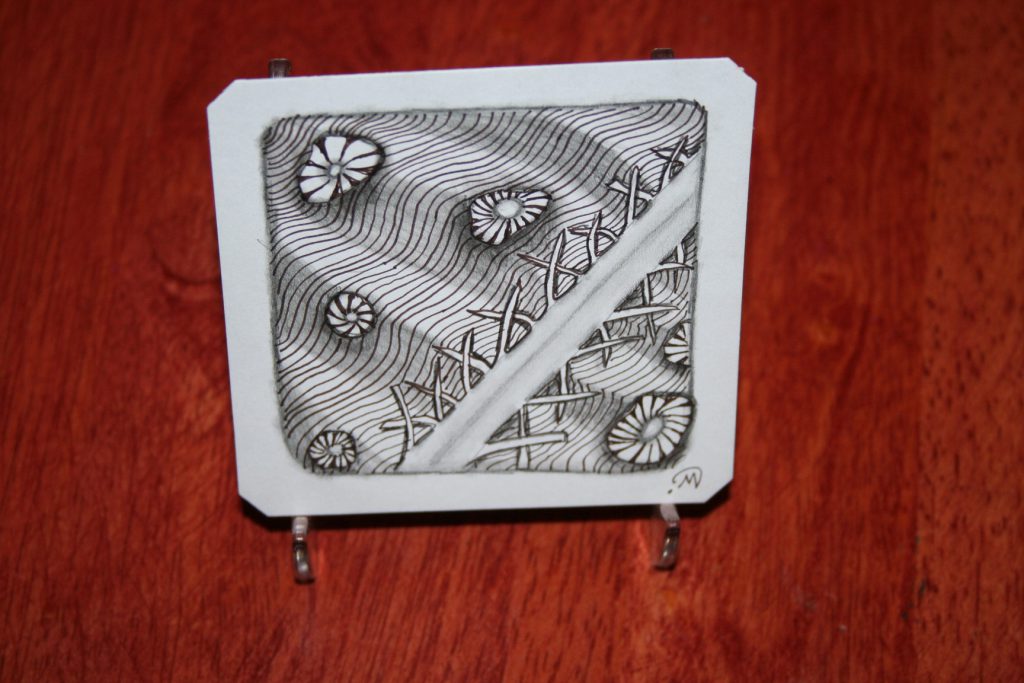 It amazes me how the tile can look so different from different angles.

Actually Locar and Bumper are very similar to Verdigogh to me and Verdigogh is one that I always have had trouble with.