This is part 3 of our long weekend getaway. Part 1 and Part 2

Lauren twisted her ankle on our hike on Friday, so we decided to forego a trip to Arrowhead State Park and just hang around town, after the complimentary breakfast at the Hampton Inn, of course.

After breakfast some of our group thought that housekeeping was headed into our rooms because their cart was just outside our doors. So, we decided to traipse around town to endeavor to find an indoor minigolf or cheap theater.

I must say that the roads around the hotel are absolutely insane. They have an access road off the highway for the local business but it is so close to the highway, crazy traffic patterns and stop signs make it very difficult to navigate. Sure wish I’d have gotten a picture of that craziness.

We headed out and Brian was navigating. We headed in one direction, did an about face and headed in the other, and proceeded to do that several times before we stumbled upon the indoor mini-golf, which would not open until noon. In the process we found a theater which when we looked it up online we found it to be reasonably priced.

Mike had a couple of bills that he needed to mail, so we started our hunt for postal box. We made our way to what I believe was downtown McAlester. They have buffalo statues all over the place. 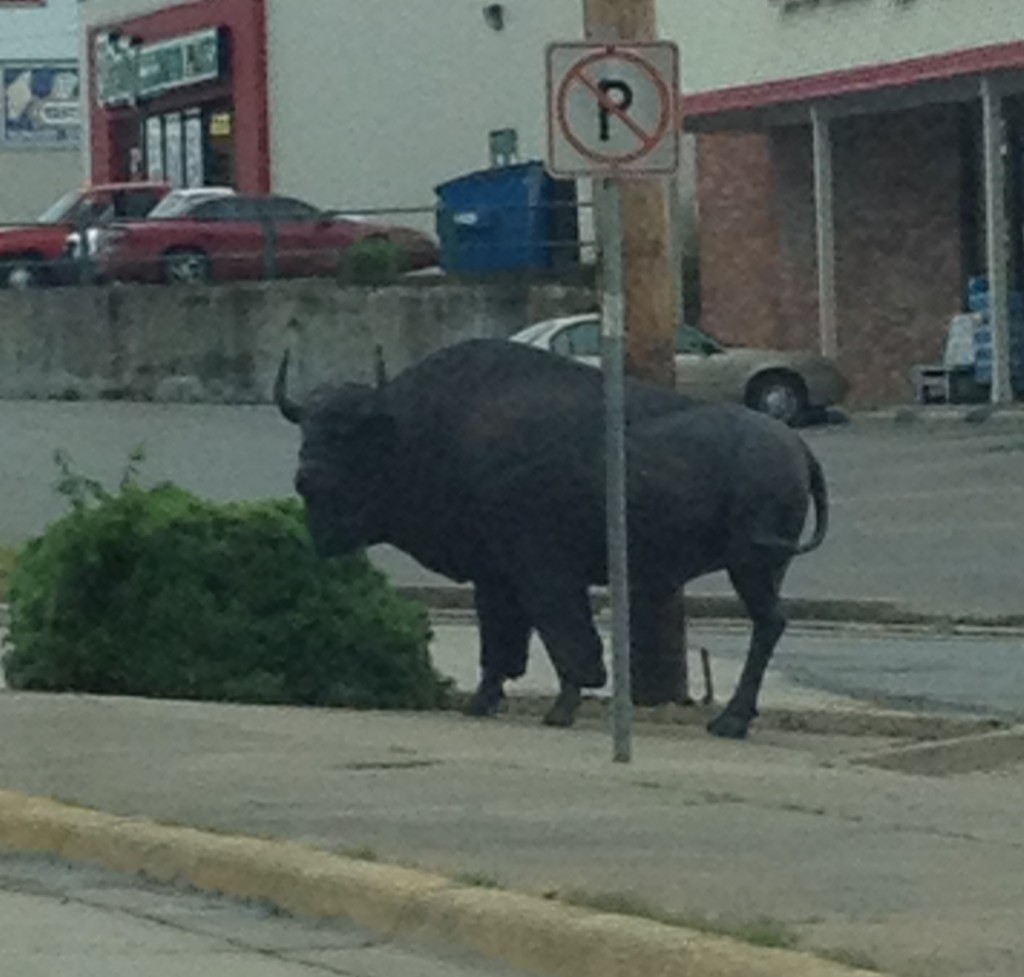 On top of the street signs they have these cool little metal designs/art. 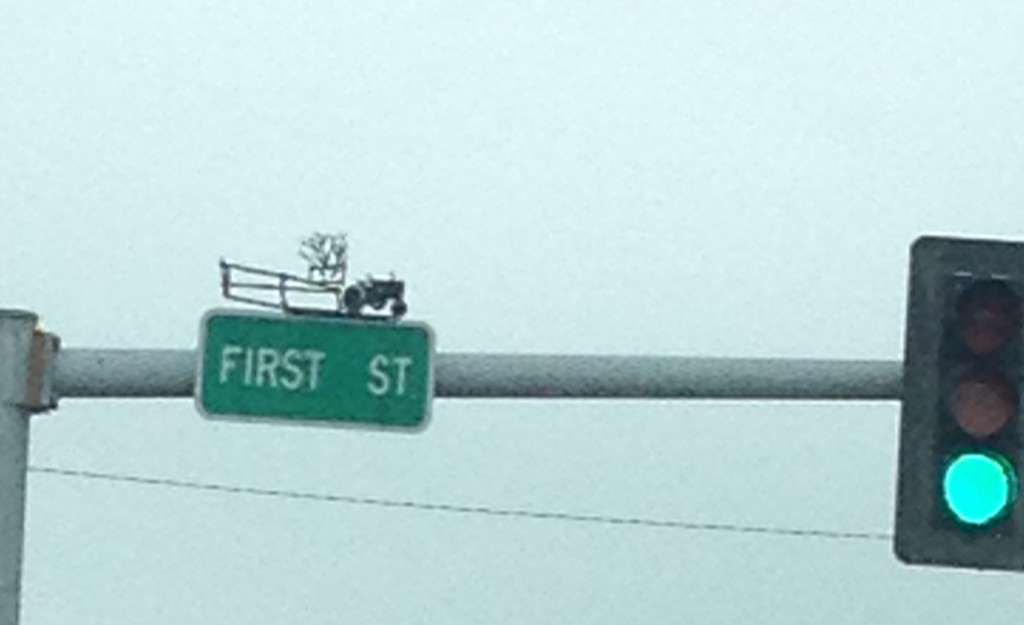 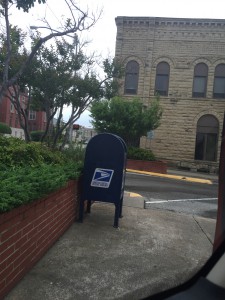 The first one we found was beside an abandoned building. Mike did not feel too safe about putting his mail in that box. 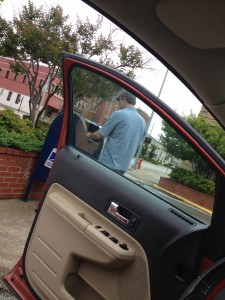 It was fun though!

We then made it back to the hotel for a while, deciding to go play mini golf shortly after it opened.

It was really cool and my pictures are pretty lame. I’ll do my best with them and use some better ones the kids took too. It was a glow in the dark mini golf and really fun. I got two hole-in-ones! Whoo hoo! Mike beat me by one stroke though!!!

It was a nine-hole minigolf and really was worth the $2 per person fee.

The boys climbed the wall.

After this I got two $5 game cards so we could all play a little video games. Mike did the big Price Is Right $1.00 wheel and it landed on $1.00 so he got 1000 tickets! Sean and I played air hockey, which is a favorite of mine but it doesn’t give any tickets. Oh well! I had fun even though I lost.

Lauren played Deal or No Deal and won 100 tickets and then played Connect 4 and won around 40. I played skeeball but won a miniscule 14 tickets. Tiff played a little light game and won around 18 tickets. Brian and Tiff rode motorcycles that didn’t give tickets either. Hmmmm, I cannot remember what else Sean played. Mike played another stop the spinner kind of game and won a few more tickets. All in all we ended up with over 1600 tickets but really who ever really wants the prizes there. We girls all got one of those thread bracelets. Brian and Sean each got a yo-yo. Mike got a punch ball and 3 suckers.

It was fun and we all got something little to remember our fun afternoon.

We went back to the hotel for a bit and then I treated everyone to a $5/person viewing of Tomorrow Land. I had low expectations but did like the trailer and I enjoyed the movie. Mike bought 2 combos of combo and drink and Brian got one for he and Lauren.

After the movie we went to a Mexican restaurant. I never know what to get at Mexican restaurants so I ended up with Lalo’s Platter or something like that. I figured whatever I couldn’t eat someone else would. I found I like the tacos, enchiladas, and tostadas but not the other two things . . . . . . . tamale and whatever the pepper thing was. I do know to ask for the tostada with beef instead of bean . . . I really should have read the fine print.

After that we went back to the hotel and the kids played some games while I kept my feet propped up since my feet were swollen.

The hot tub and pool area was too crowded so we just all decided to have a nice quiet evening.

I think we played a game the next morning after breakfast before we left. It was raining so no stopping on the way home, which was good because we didn’t need to overdo it. We ended up at a Pizza Hut for lunch and then on home.

It was a fun relaxing time with the family and we made and shared some memories. I hope you are making memories with your family too.