Well, the kittens are cuties! They are ready to go to new homes, well, at least some of them.

We have two tabbies and two black and white. There is one short tail/stub in each color. They are getting out and playing; Tiffany has been able to pick them up without them hissing, mostly.

One of each twin is fluffier than the other . . . I cannot remember which Tiffany said it was but I’m thinking it is the stub tail is fluffier. 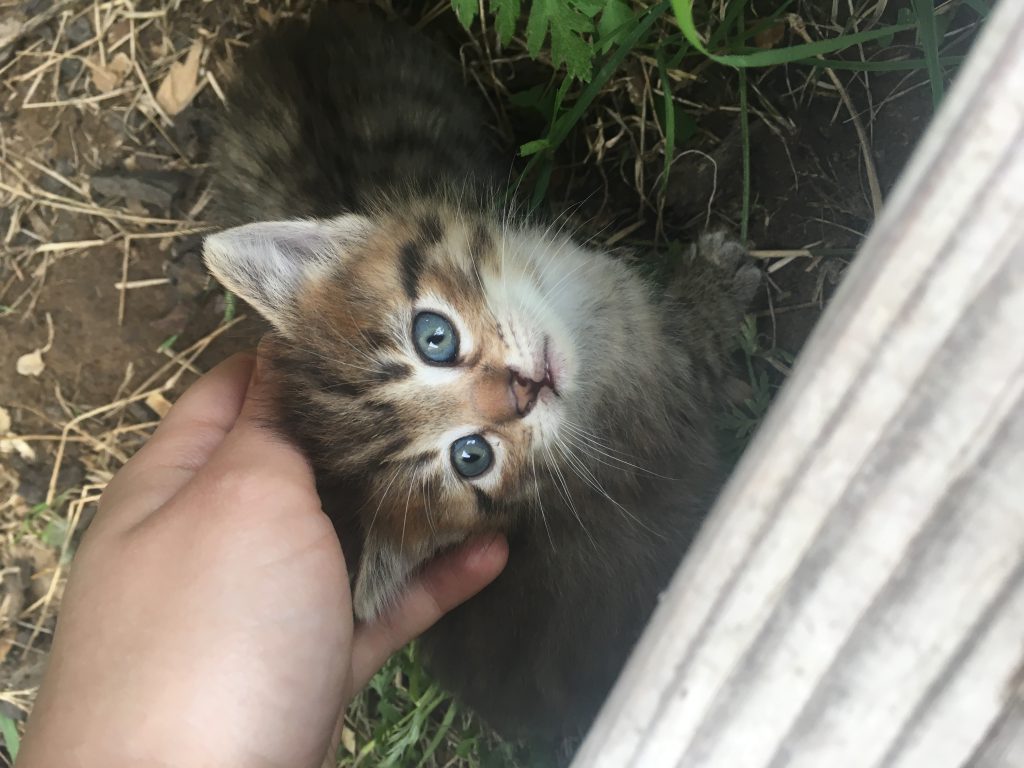 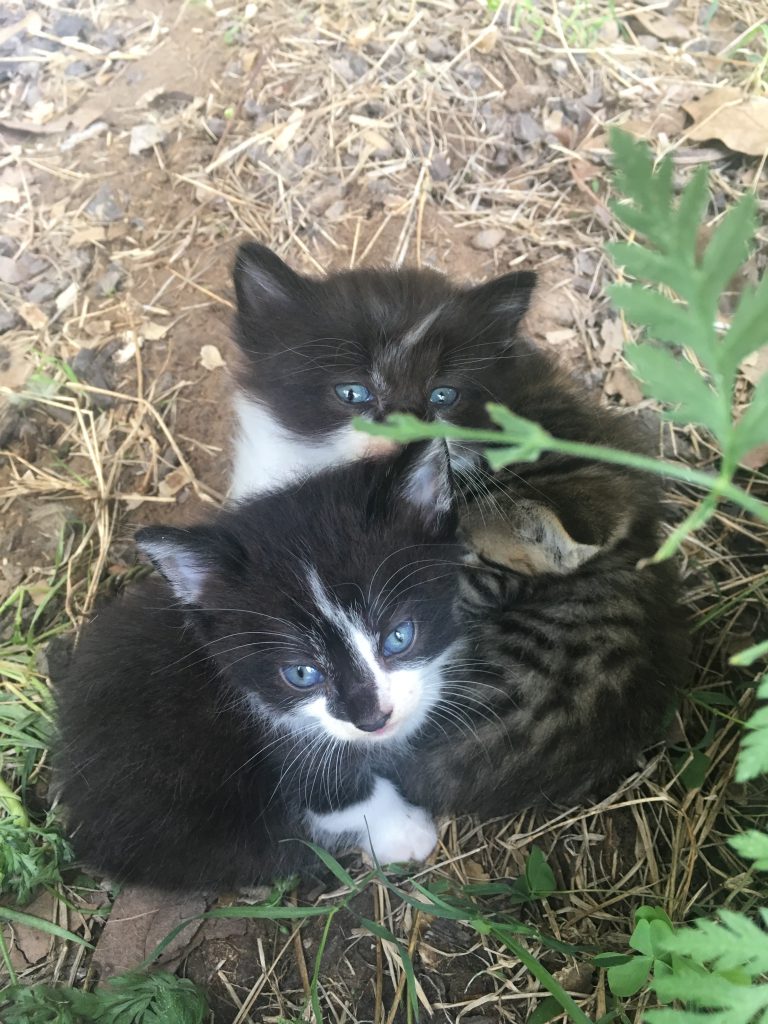 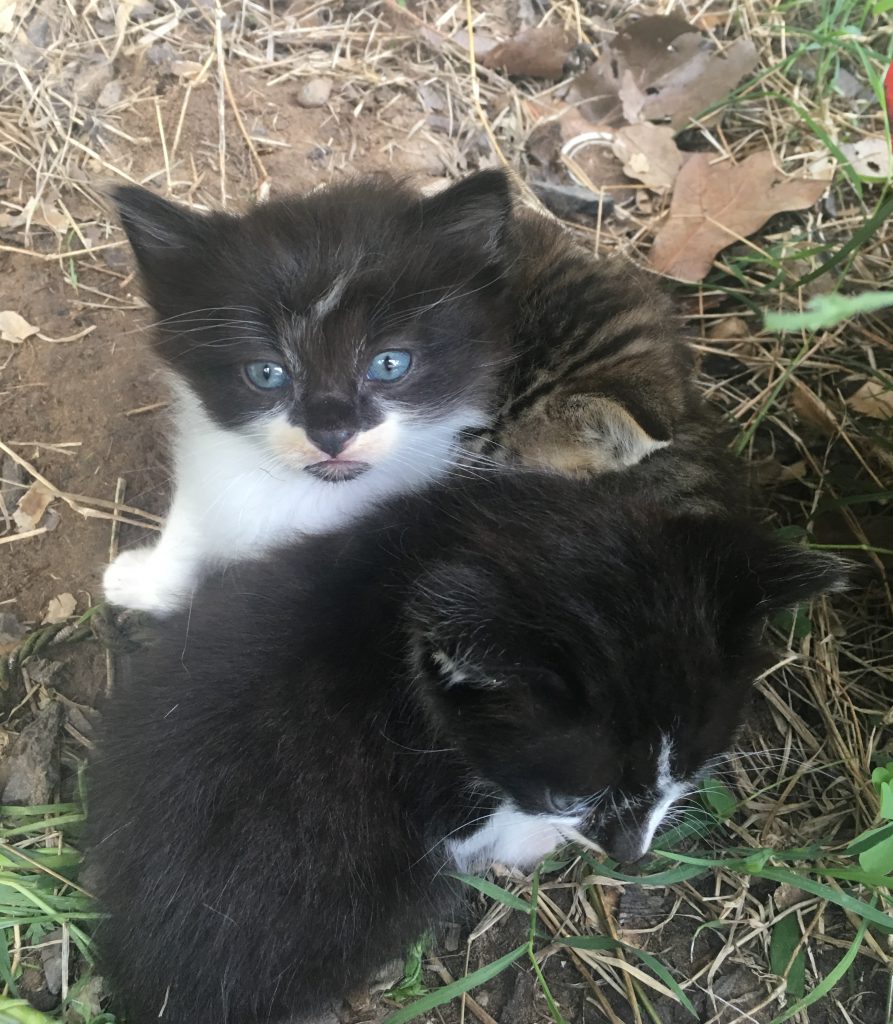 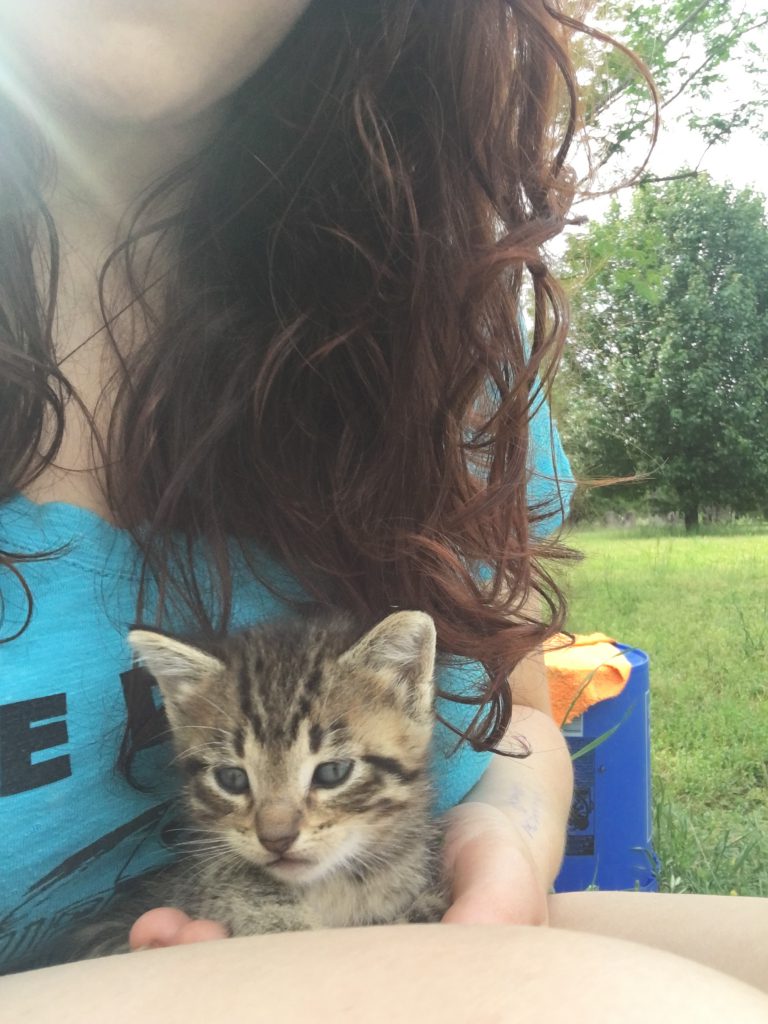 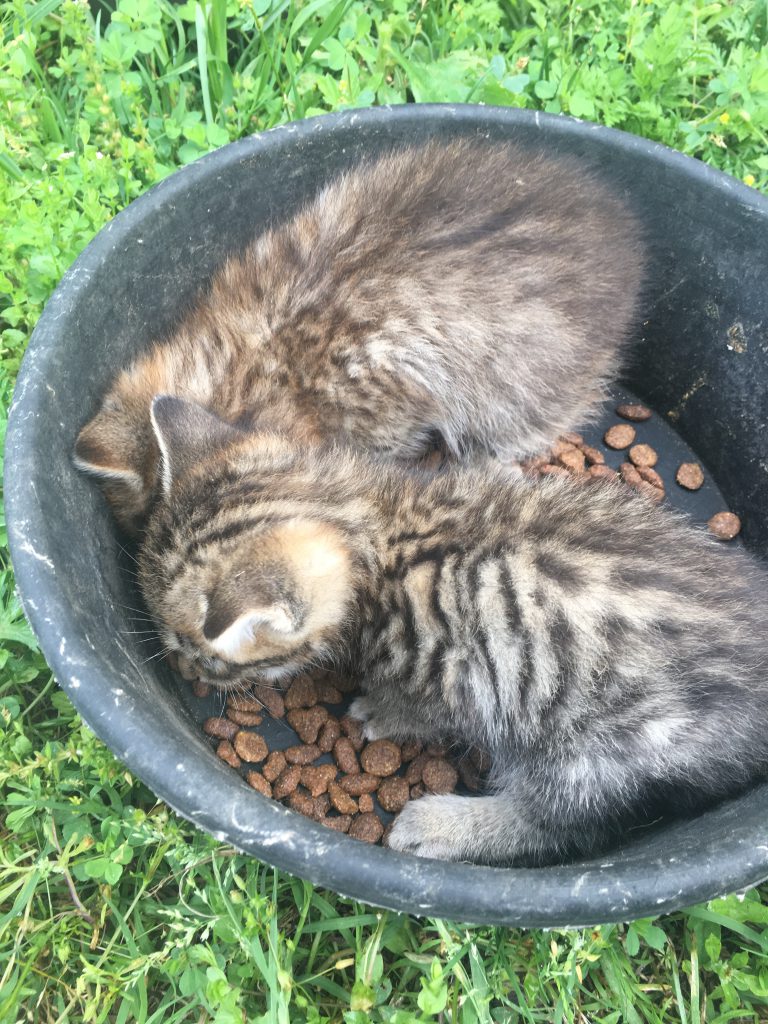 We finally made it back to church!!! I hate it when we have to miss but hey, it happens. We also do not go when my son and his family are in town because we don’t see them very much and we like to spend as much time with them as possible.

Plus it is nice to have a lazy Sunday morning brunch together.

Lauren sent me some pictures of Liam and his egg hunt on Easter. 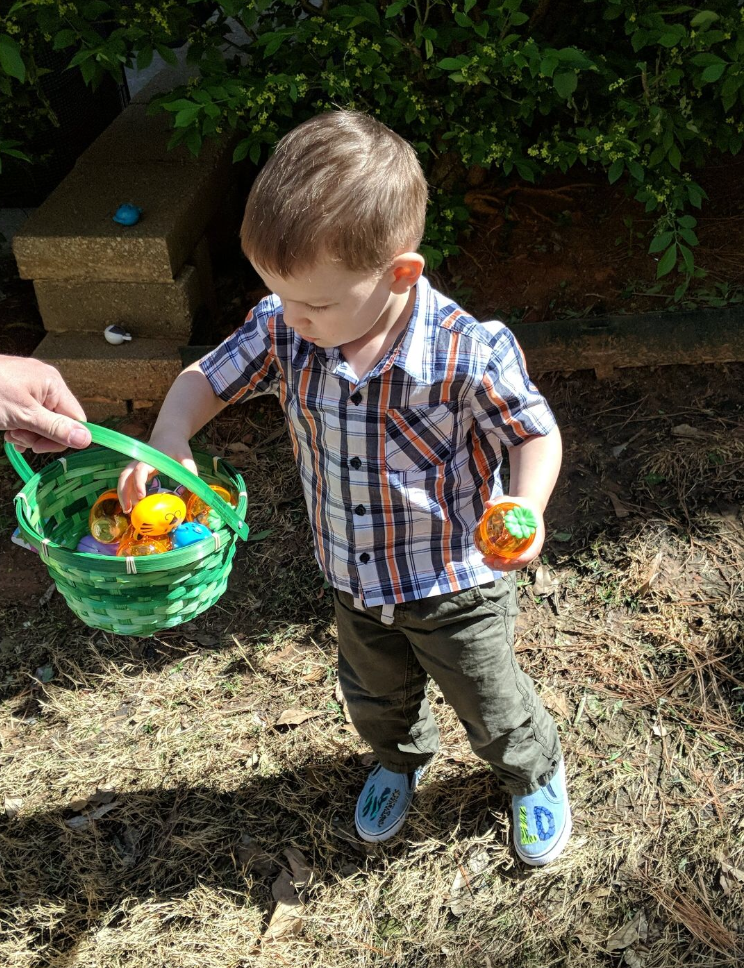 Such a cutie!!! Sure do miss them!

It was odd celebrating my birthday on a Sunday. That hasn’t happened in a while. Tiffany fixed some keto chocolate cake donuts for our breakfast on Saturday with the leftovers to have on Sunday morning. 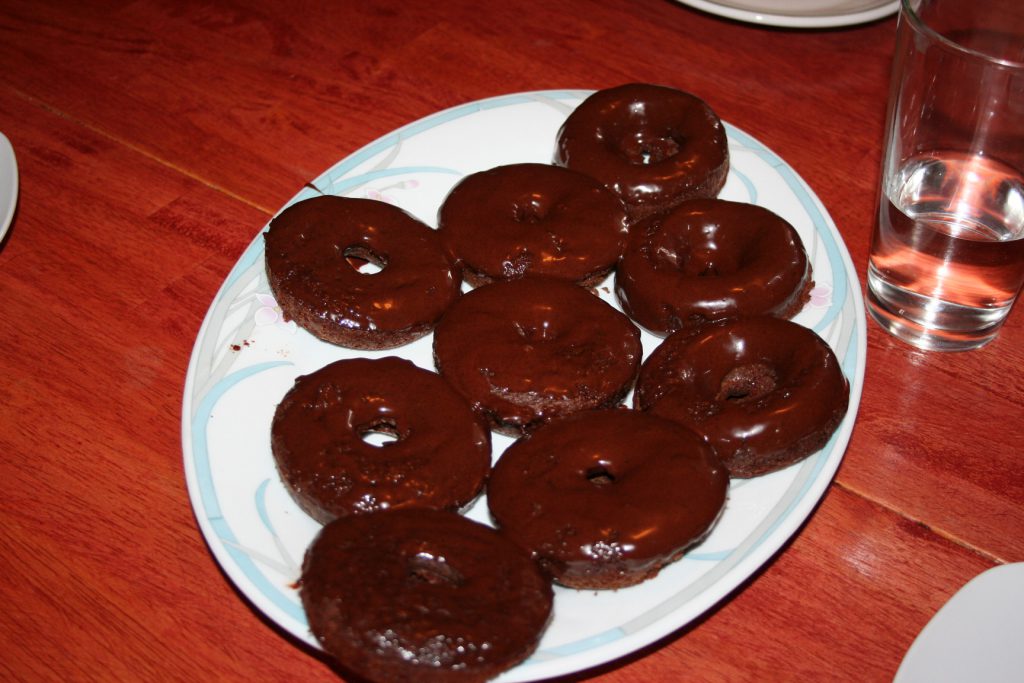 This was the first time we’ve had these. They were good (not great but good all the same). After eating a donut or two, we each realized that we needed something savory to go with it, so we had some sausage.

Yumm! Michael had some turkey bacon because it was in the refrigerator and the turkey sausage was in the freezer.

We decided to cut into the Italian Cream Cake Saturday night too since it is 16 servings and there are four of us, that means it is dessert for four days! So naturally, we had to have it Saturday night.

This is the same cake Tiffany made me last year. I considered having her try out Kristie Sullivan’s version from her Keto Gatherings cookbook that I’d gotten but decided to go with the TNT (aka Tried aNd True) one from Carolyn Ketchum’s site. I’m not a huge fan of coconut, so next time we make it I think we will do so without the added coconut on the frosting.

Kristie’s version has some coconut extract too, so we will have to experiment with her version some other time and do a mesh between the two. One reason I want to try Kristie’s version is because she doesn’t just use all almond flour which lightens up the caloric load a bit. Also, Kristie’s is four layers, which appeals to me.

Bottom line: This is an awesome yellow cake with pecans!!! Yummo!!! Oh, we did add a few Lily’s chocolate chips to the top. 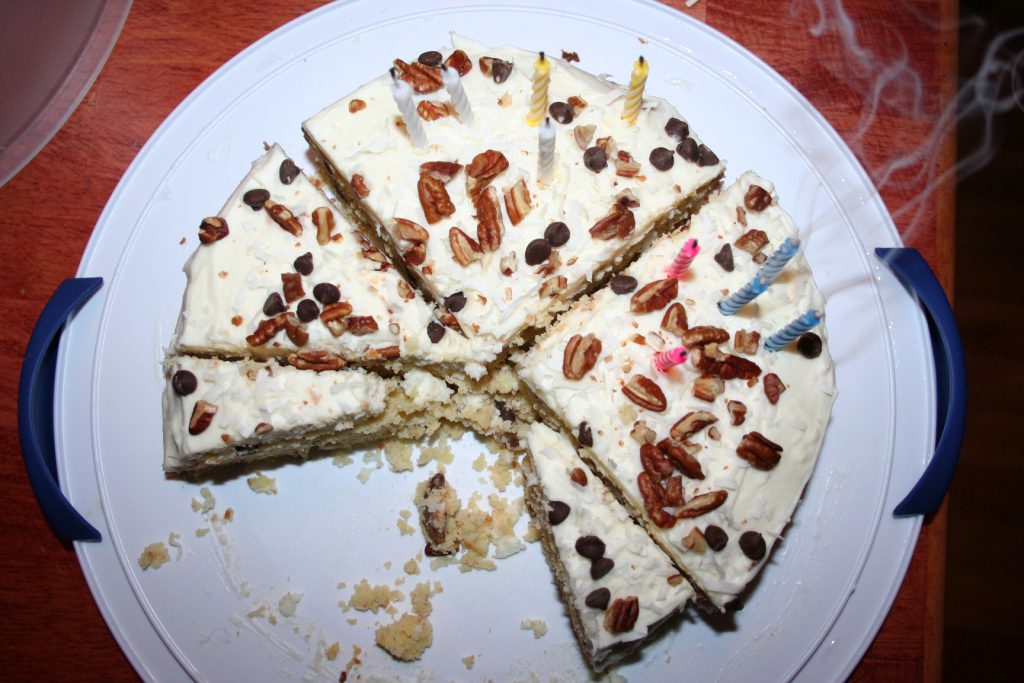 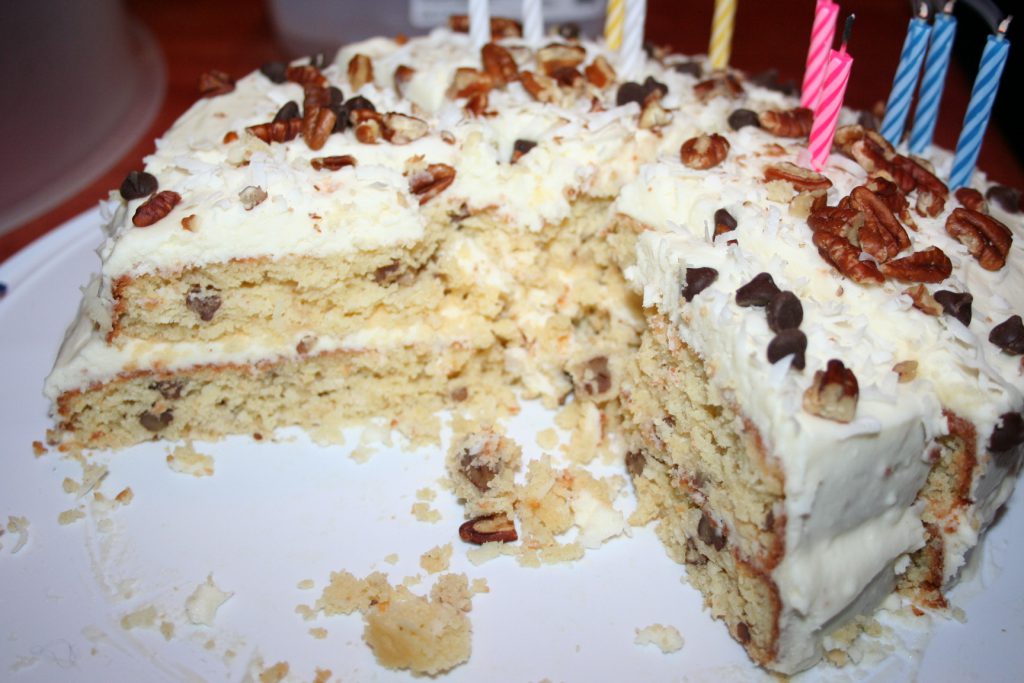 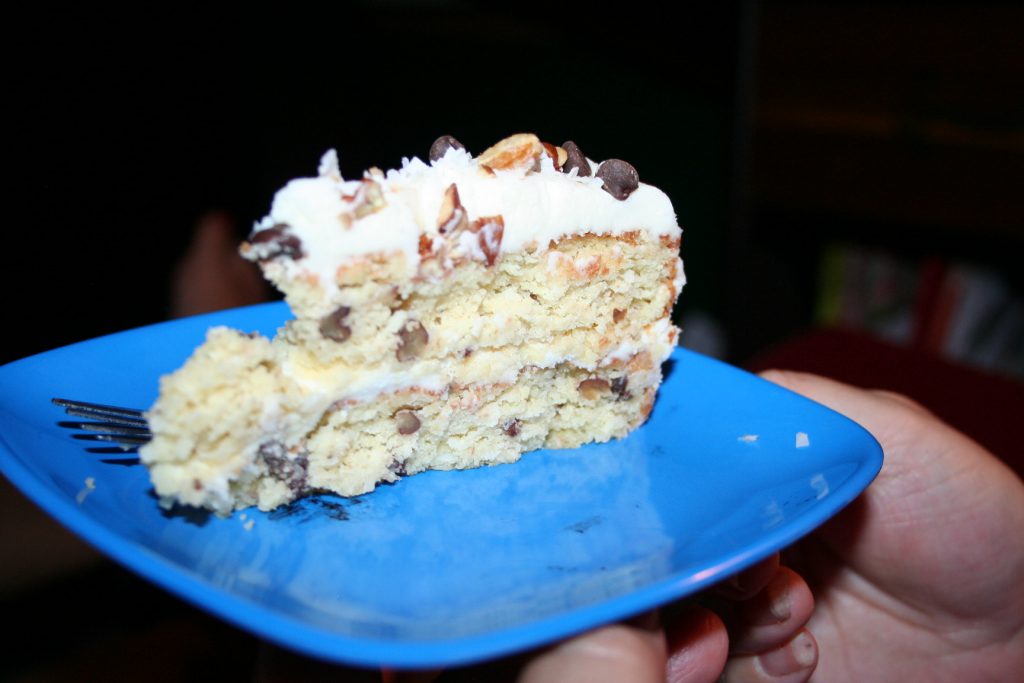 Birthday banners were put up mid-day Saturday, candles were placed into the cut cake on Sunday, and lunch was disappointing. Why? Well, I decided I’d like to go to Ron’s Hamburgers for some loaded sweet potato fries on Sunday. Trouble is, the Ron’s that has these delicious things is not open on Sunday. The other one that is on our way home does not have them.

So we came home and I came up with something else . . . mac and cheese were out because we were out of cheese and had already passed the stores with reasonably priced cheese. I ended up making a wonderful THM compliant version of my Tasty Tuna Tossup. Then for dinner Tiffany fixed us Meatloaf Skillet with bacon wrapped onion rings, and fried green beans. YUM!!! It was a yummy day! 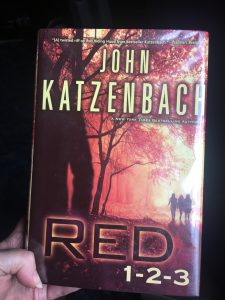 Well, I read my first . . . I guess it was a thriller. I’m not really into much of a horror/thriller kind of book but this one sounded interesting as it is a retelling (I think that is what you would call it) of the Little Red Riding Hood fairy tale. It was definitely more along the lines of the Grimm’s fairy tale, from what I’ve been told (as I have not read Grimm’s fairy tales either

The book is Red 1-2-3. It had quite a bit of cussing that I had to overlook but at least it was understandable for these characters, seeing as they are afraid for their lives. At the beginning of the book three redheaded ladies/gals are sent letters stating that they have been chosen to die. There is a 17yo prep school senior, a 33yo widow, and a 55-ish single doctor. It affects each one differently and I did enjoy how it ended.

Can I recommend it though? Well, if you are able to overlook obscenities, as I am, and you like a thriller, yes. (There were probably about 2 dozen curse words in this 370-page book, which did include about a half dozen “f”-bombs.) Is it great? No. Was it an interesting read? Yes. Do I want to own it? No. Would I read it again? I doubt it–there are way too many books and too little time for me to re-read this one.

Well, I’ll run for now. Hope I have some good stuff to share next week. Sometimes I feel my life is very boring and I have nothing to share.