I decided to participate in Inktober this year. I hadn’t really heard of Inktober except once one year near the end of October when Laura Harms of the Diva Challenge mentioned it but had promptly forgotten about it. Then this year Nicole of Pattern-Collections posted some prompts for Inktober. They didn’t include any specific tangles because they already have a daily pattern suggestion.

That got me to wondering what other prompts their were. I searched Inktober and found their prompts here. I also found Doodlewash had some prompts too. I’d actually never heard of doodlewash either. Looks like they may have a monthly prompt.

Then I did one more search for tangle suggestions for Inktober and found this. Apparently Stephanie does prompts yearly for Inktober and was probably the one Laura was following the first time I heard about it.

So . . . I’ve been combining these things as best I can. I don’t stress over it but just think about it a little bit to see if I can work it together. Then I include the prompts that work easily and don’t stress the others.

I am posting my pieces daily on Instagram. However, I thought I’d include them here today.

I have two tangle-a-day calendars that I never used completely (or even mostly). I found that I do have one that had the entire month of October empty, so that’s where I’m tangling. 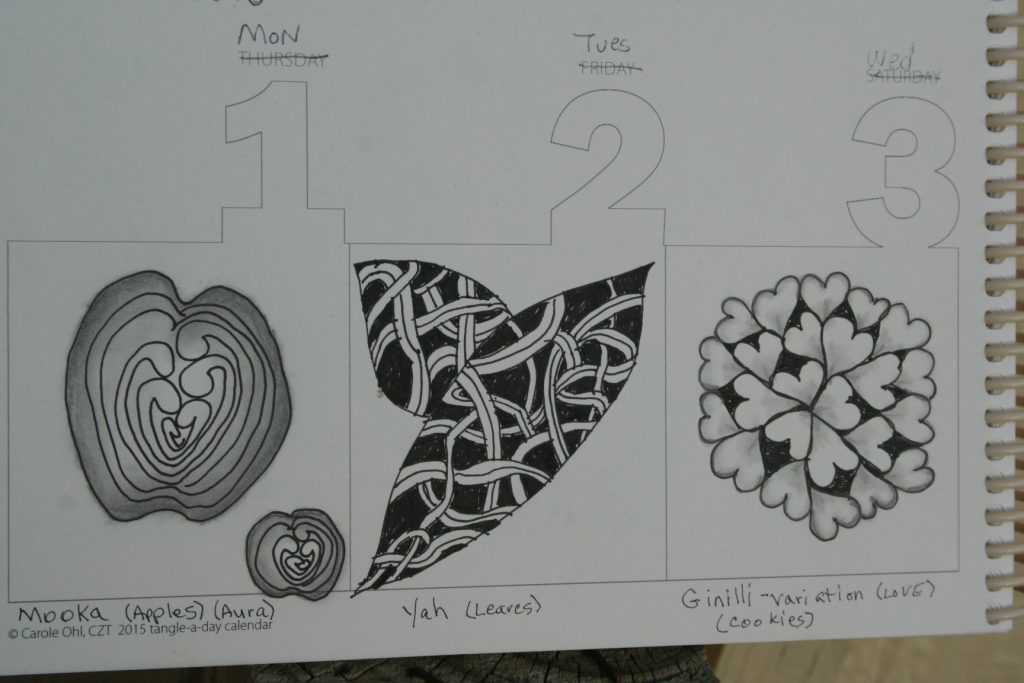 On the first I used all but the Inktober prompt of poisonous unless you think Snow White and then I guess I nailed it.

On the second I only managed to use the tangle Yah and the doodlewash prompt of leaves. I’m not thrilled with how either of these turned out but at least I got started.

On the third I made a heart variation of Ginilli for the Pattern-Collections (p-c) prompt of love and then put it in a round shape for a cookie like presentation or like a bunch of heart shaped cookies were on a platter. 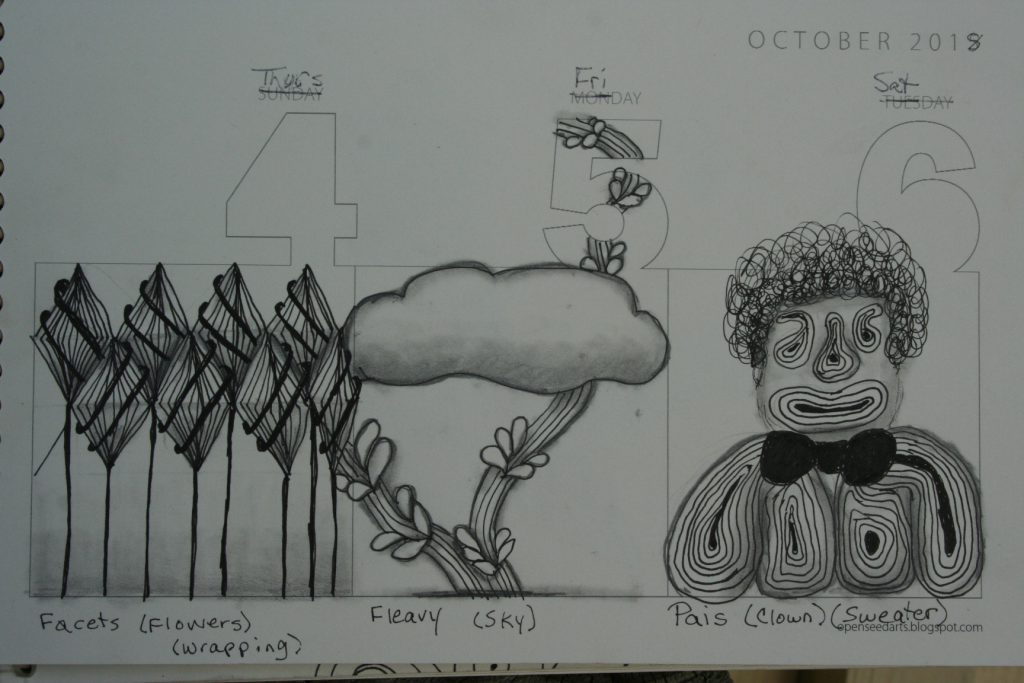 On the fourth, the tangle was Facets and the doodlewash prompt was flowers. So I decided to do just two rows of facets and make “stems” on them for flowers. Then I added some “wrapping” on the facets and I like how it turned out. It’s probably my favorite one so far although the one on the fifth is nice too. I really didn’t do Fleavy justice on the fifth, but thought it made a nice vine going up into the sky for the p-c prompt. I thought about drawing a cup at the bottom and make it like Fleavy was steam coming out of the cup but . . .

On the sixth Pais was the tangle with clown for p-c and sweaters was the doodlewash prompt. So, I butchered Pais and used it over and over again for the facial features and sweater parts. Then I added a bowtie and some hair.

So far,  you may notice that I haven’t included the Inktober prompts yet. 😯 They are pretty hard to include in tangled pieces, at least for me. They include poisonous, tranquil, roasted, spell, chicken, drooling, and exhausted through the seventh. 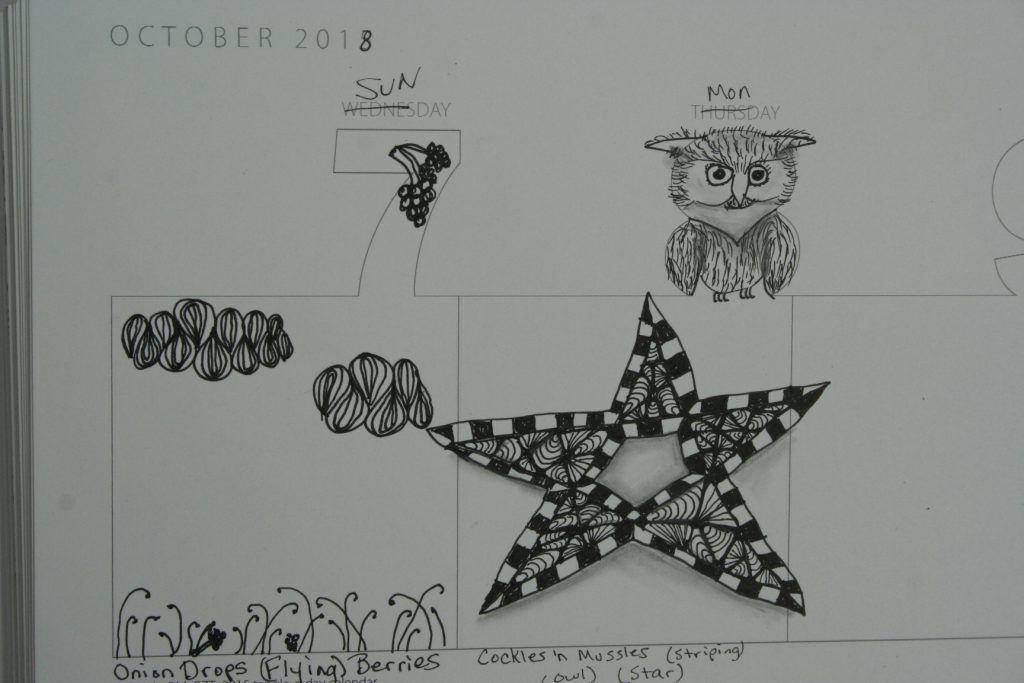 Then there was the seventh. Onion drops was the tangle that I included like clouds FLYING above the ground. Yeah, flying was the p-c prompt with berries as the doodlewash prompt. I used some fescue and some bronx cheer to round out that one. Yeah, not my best work and the poor tangles were poorly represented.

I managed to include all four prompts: Owl, Star, striping, and the tangle cockles ‘n mussels. If you want to see more, you can find me on Instagram where I am lifeofjoy.me.