This week I had my Zentangle group. 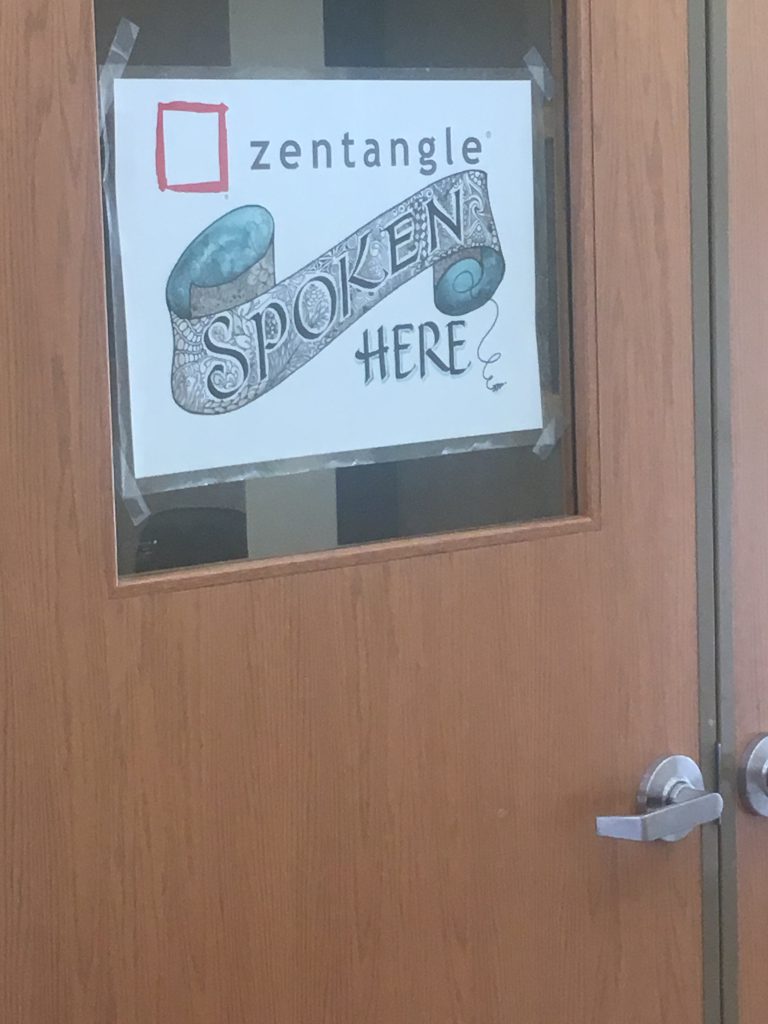 Since it wasn’t our usual week because of room availability, I was the only one there other than the CZT, Pam Neumann.

She taught me Raddox and then showed me how some others have drawn it. One of them in particular was spectacular! She drew it in the round and it was stunning. If you have the Mosaic app, you should be able to find it . . . it resembles a star.

Here is the learning tile I did with Raddox. 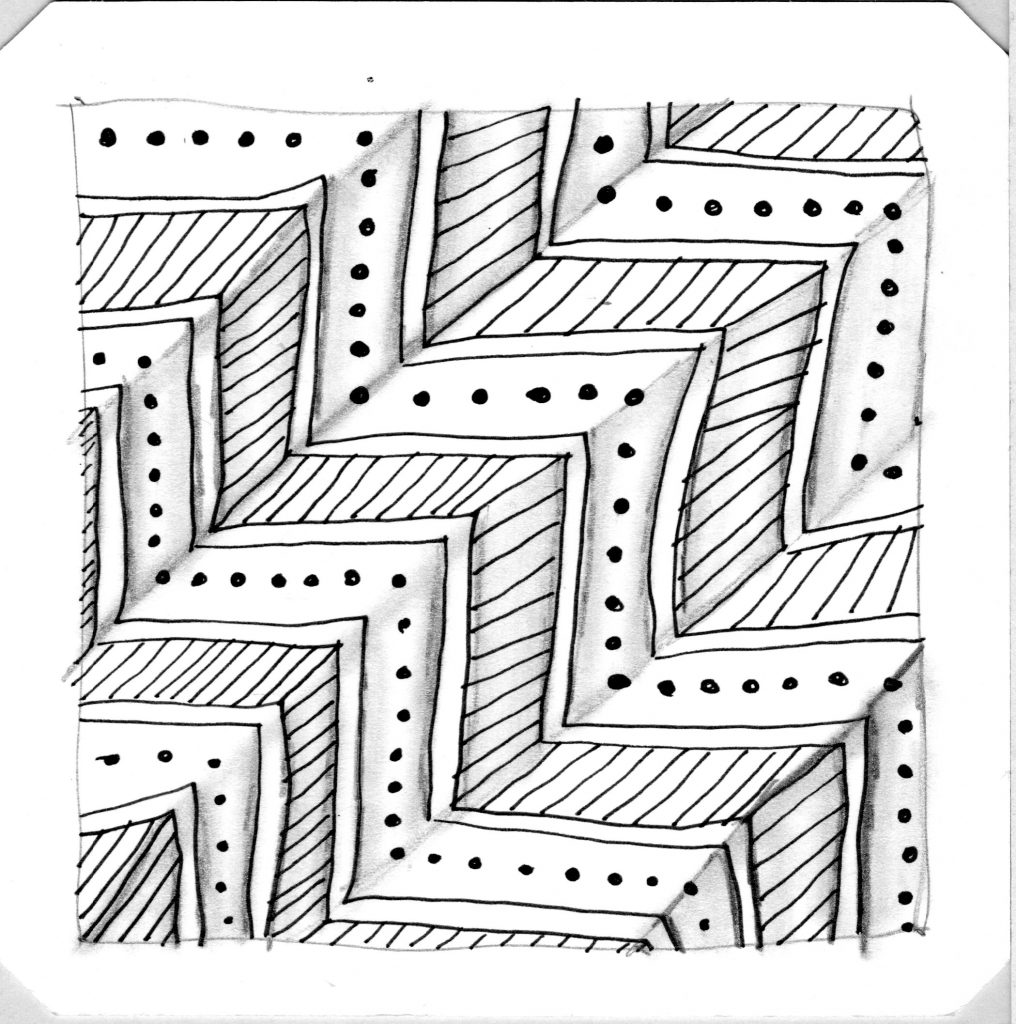 Yeah, it looks better in real life. Here’s a photo of it. 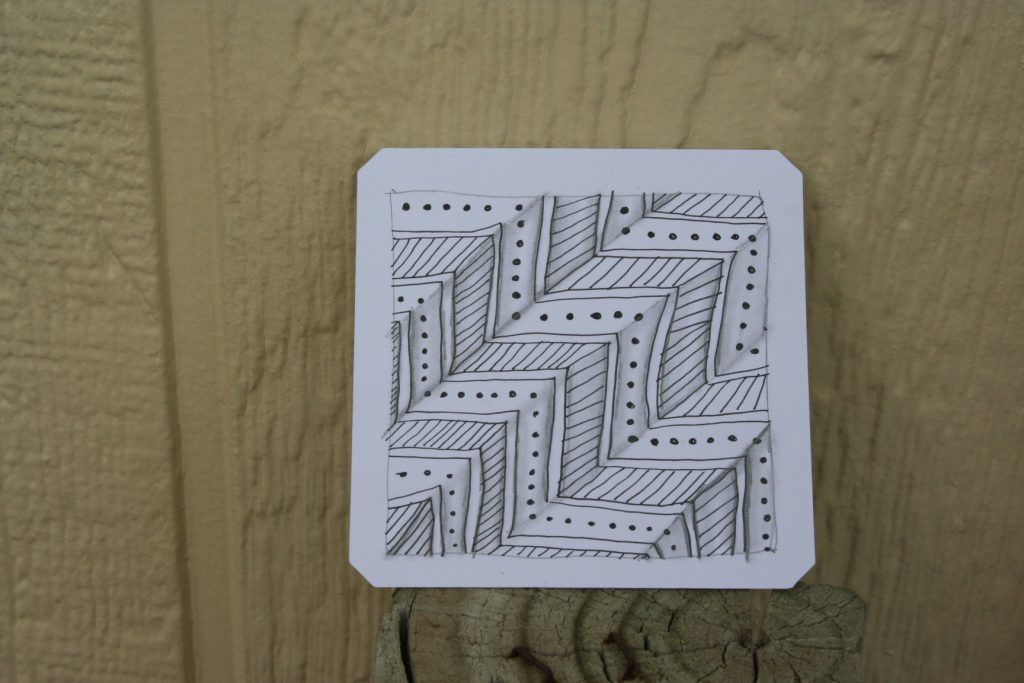 Pam showed me some tiles she’d done with Raddox and that led to Orlique, Tagh, Indy-rella, and Zinger. We didn’t get around to actually doing a tile with Raddox in it so I thought that’s what I’d do for today’s tile.

I went to Tanglepatterns.com and decided to use String 016 by Jill Dobis. It is a rather unusual string and I thought it left some good spaces to enable me to use several of the tangles Pam and I went over the other day.

Here is my tile, which I am calling Honeycomb, because Michael said that’s what it looked like to him.

This is the unshaded version. 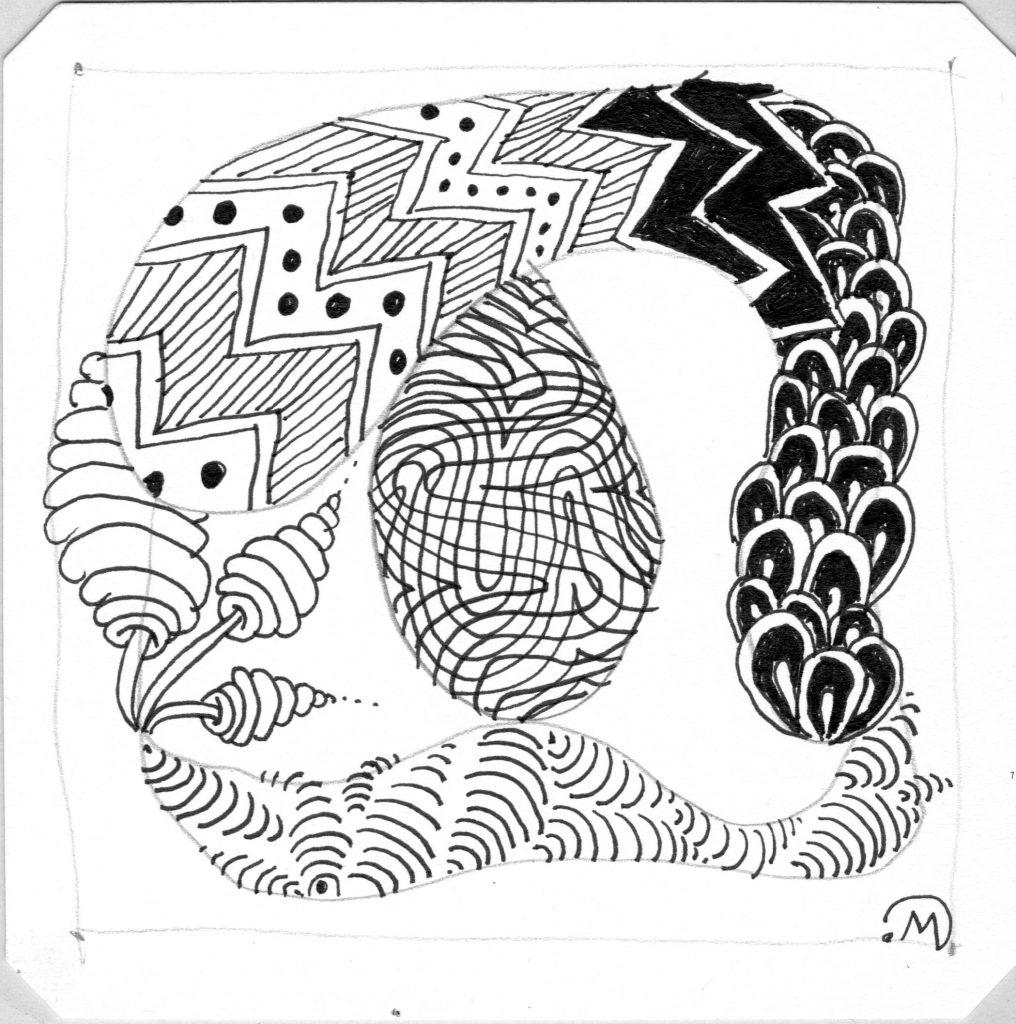 I found it difficult to carry raddox around the curve and thus the black stripes happened.

Then for tagh, I decided I needed some more black contrast so I attempted to inverse it a bit, making the tag or tongue white and drawing a double line for the outer border to enable me to blacken it in a bit. I’m pleased with how that turned out.

Orlique is the one in the middle. Next time I will probably use one pointed line and one curvy lines, trying for a little more distinction. But it turned out okay. I’d never drawn Indy-rella before and I actually liked it. I can see I may be using this one more in the future.

I really like Zinger, always have. I just need a bit more experience shading it. The largest one got a bit out of hand though.

I’m always amazed at how much shading helps. And to think that in the beginning I was afraid I’d mess up my hard lineart with shading. Now I look forward to shading to cover up my wiggly lines.

Here is the shaded scan. 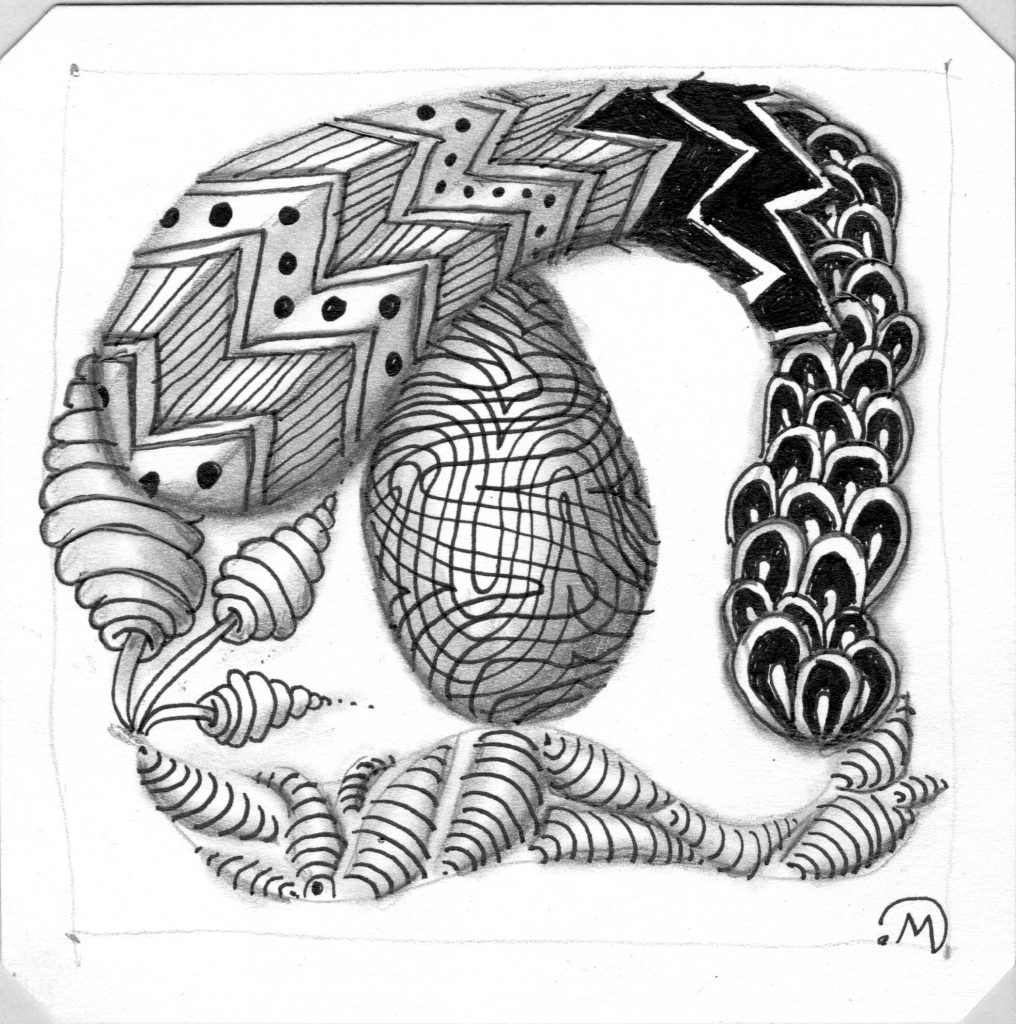 Looks better in real life. Here it is a bit smaller . . . 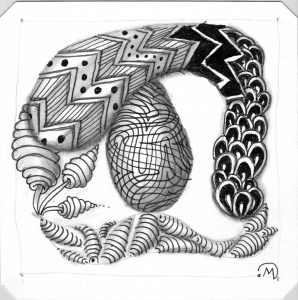 Again, the photo looks so much better, even though it was overcast when I took them. 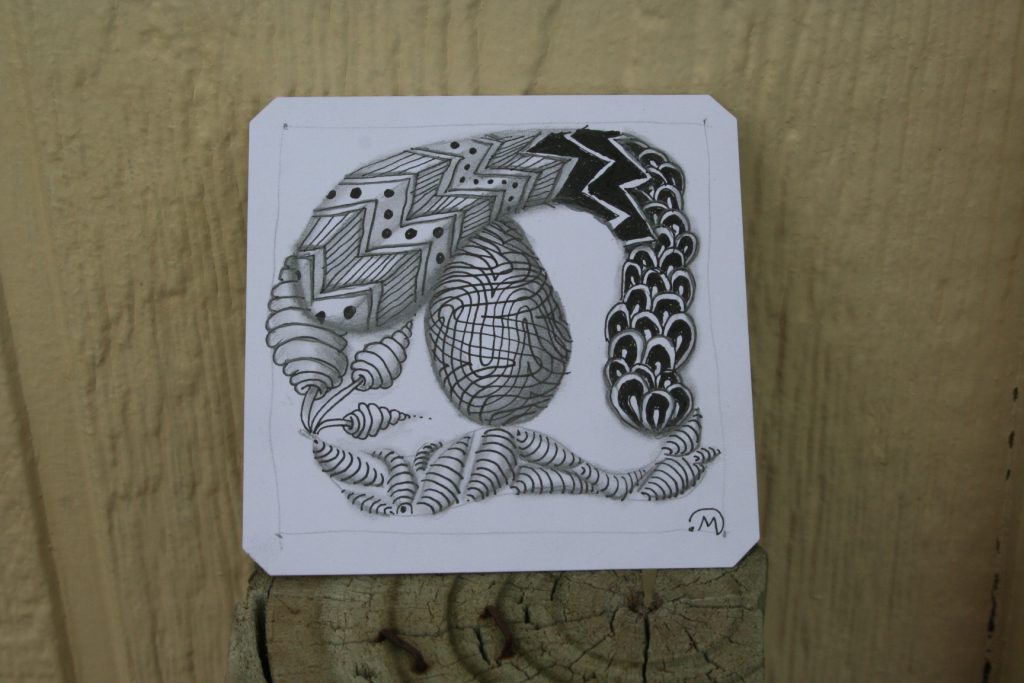 And here it is a bit smaller. 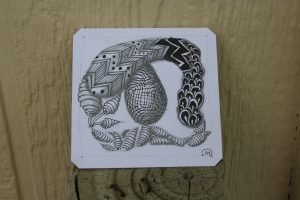 Well, in real life, it looks more shaded than that. You know, I know how much I shade to get it to look like that; some of those with dark shading must really really shade to almost black.

Well, that’s my rambling and art for this week. Thank you so much for stopping by!