This makes a delightful “buttermilk” “biscuit” that is low carb. There is even a version that is also low fat, which I will be trying very soon.

I have to say, I wasn’t sure about trying this recipe from Nana’s Little Kitchen because I had to mix up a batch of the “Bisquick” and I wasn’t sure I’d like it. But it can be used for waffles and biscuits and several other things she had directions for on her site.

So, follow along as I show you how simple and quick these are to make.

Start by melting some butter in a ramekin, in the microwave for about 30 seconds. 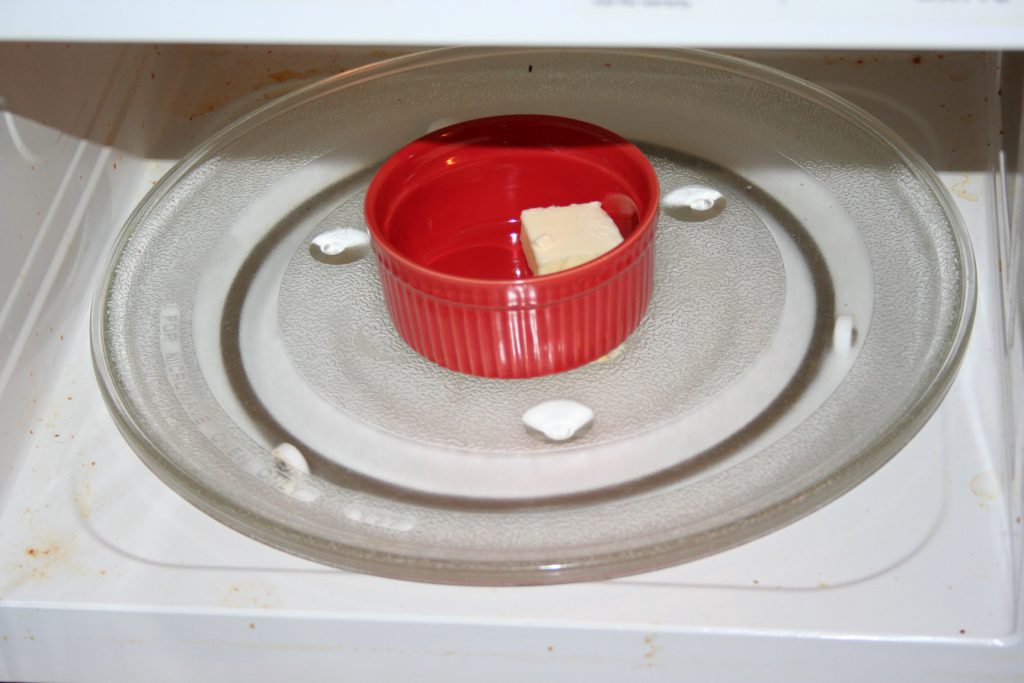 I seldom use my microwave but have kept it for quick things like this from time to time. A quick 30 seconds and the butter is melted. 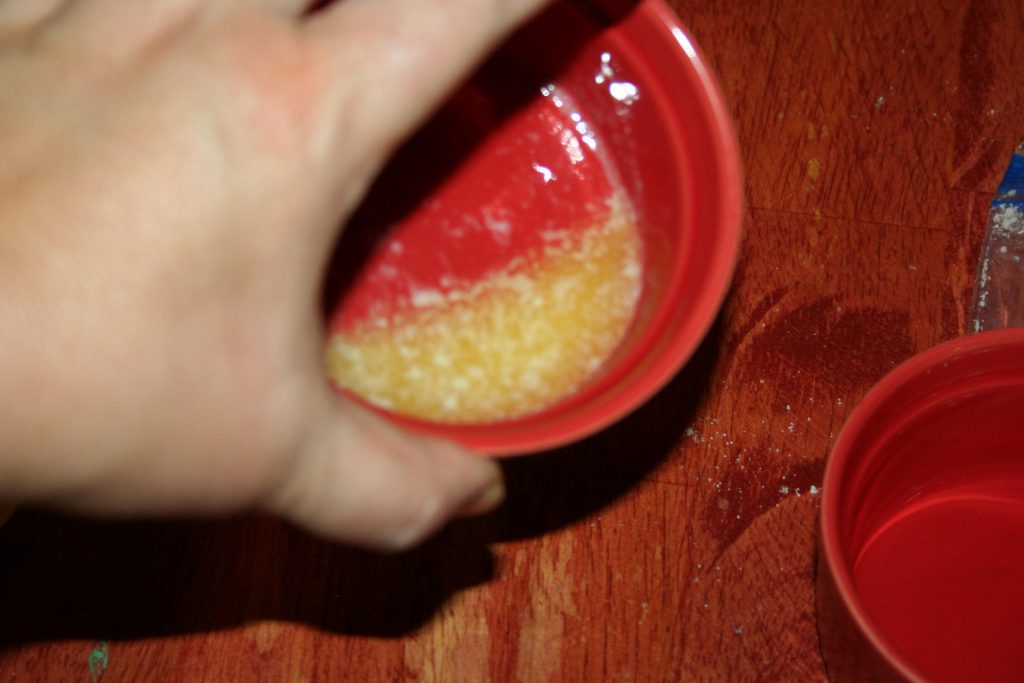 Swirl the butter around the ramekin and the pour into the other one to coat, pouring the last of the butter into a small mixing bowl. 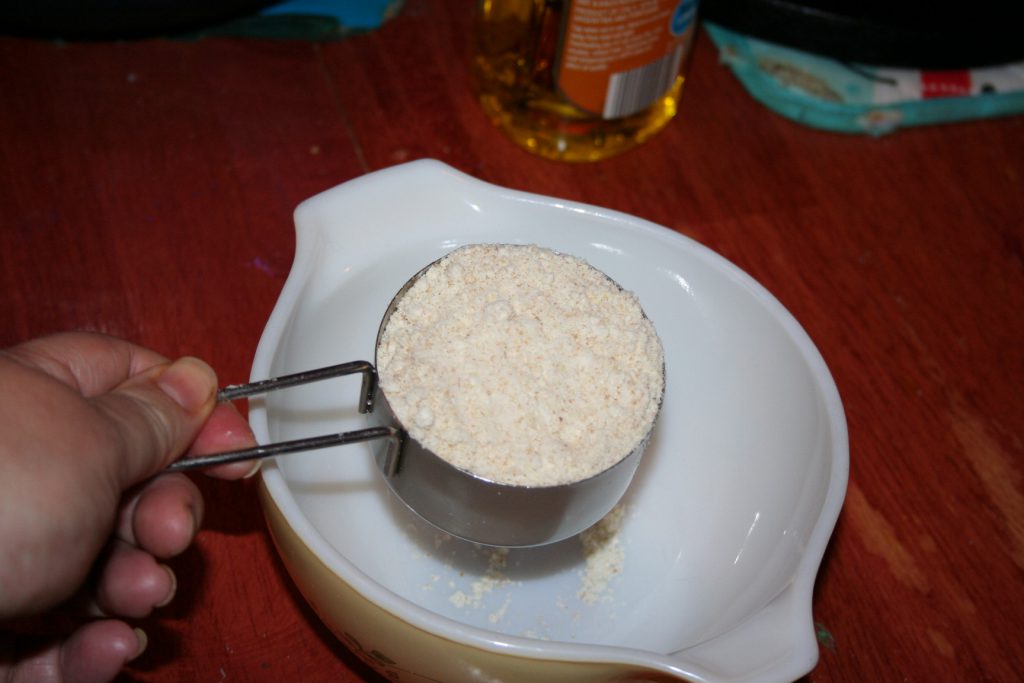 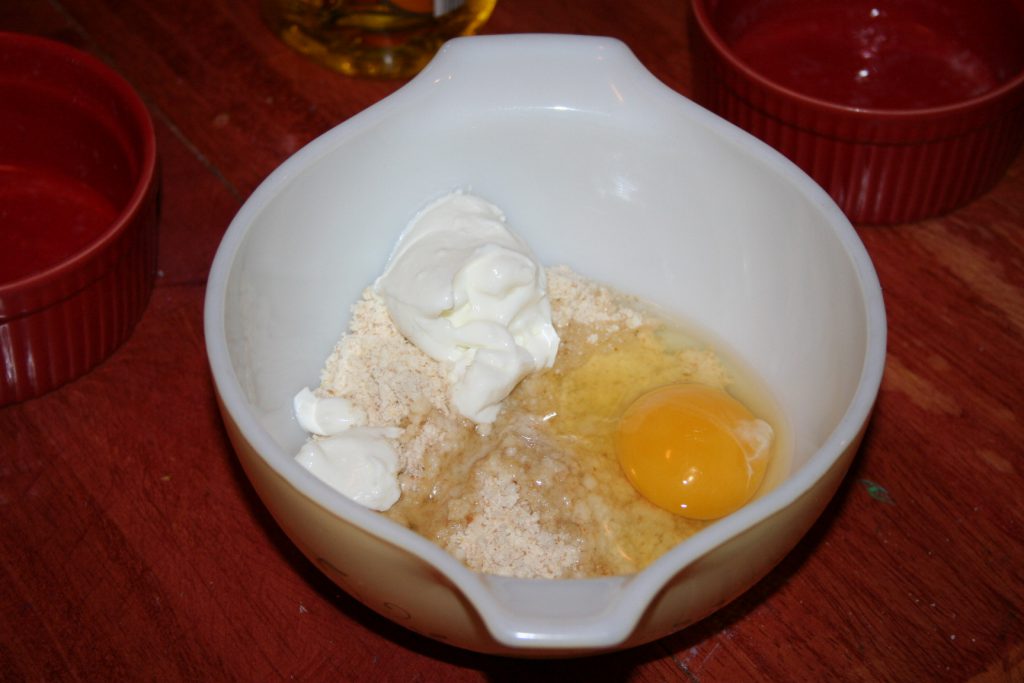 And remaining ingredients (baking soda, almond milk, apple cider vinegar, and cream–I used coconut cream because I had some that needed to be used) and stir to combine. 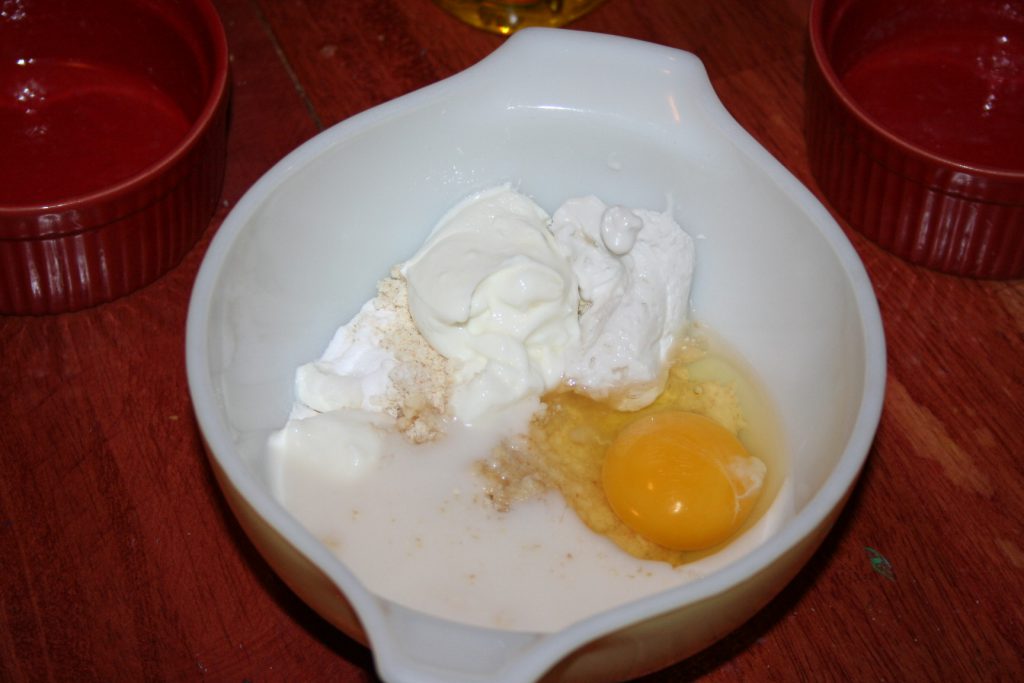 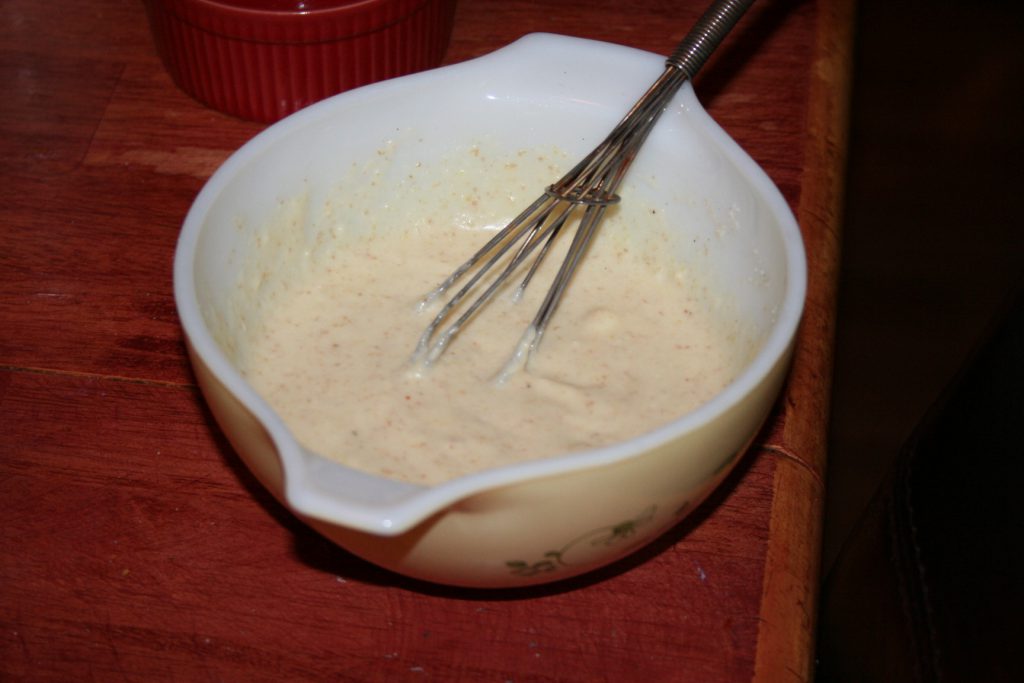 Divide between the two ramekins and bake individually. I let mine go for a minute or just a tad less. I stand there and watch as it cooks and remove when I think it is done. 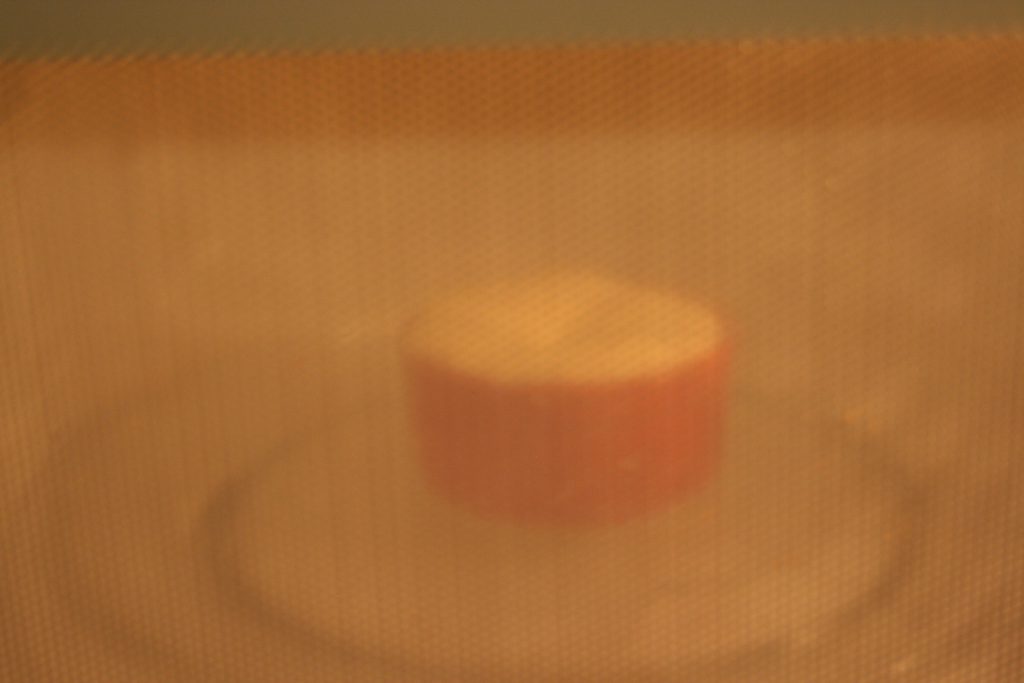 Yeah, its’ a bit messy. I think I need ramekins that are just a tiny bit larger.

Turn out onto a rack to ensure they are not wet. 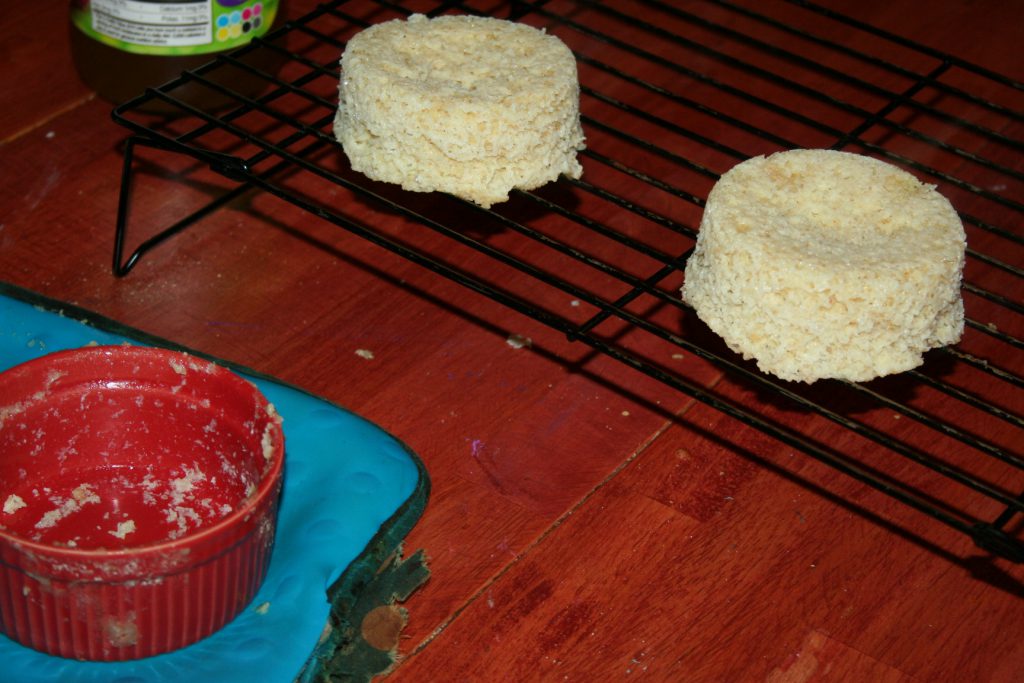 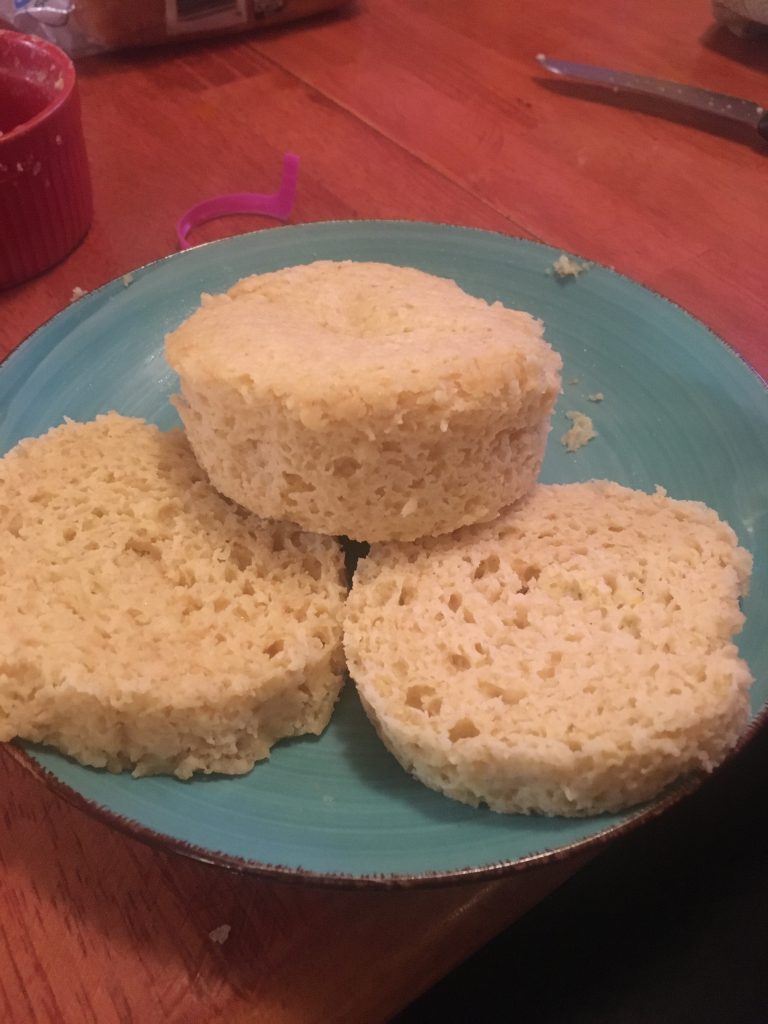 And here I used it in a breakfast sandwich. 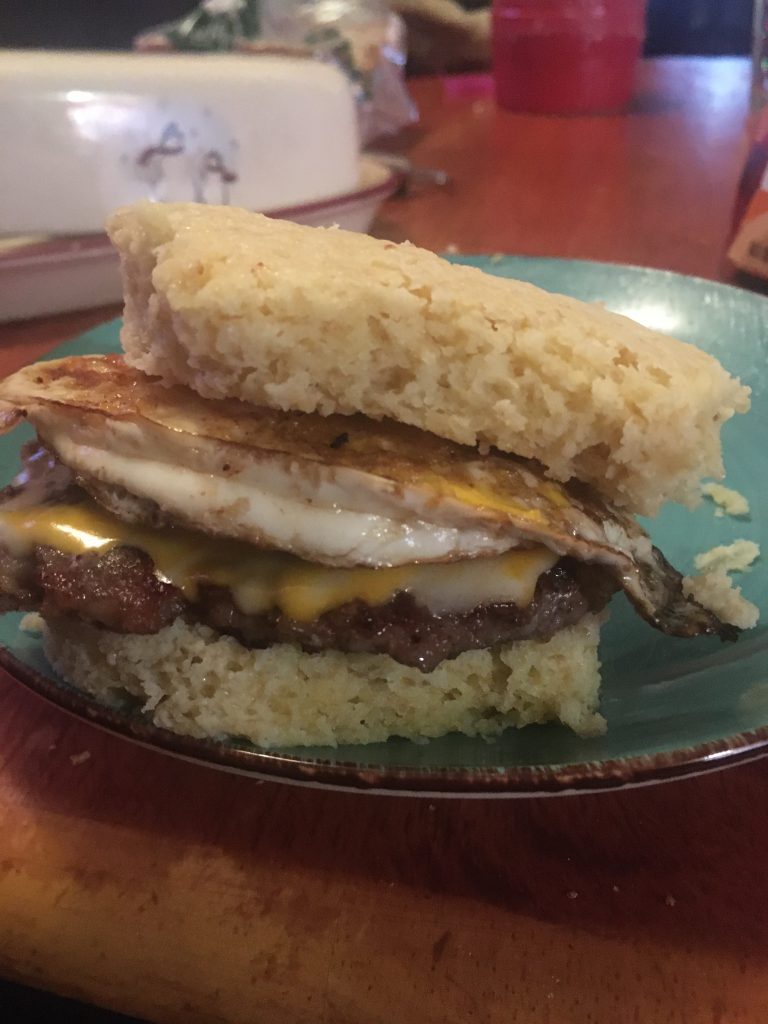 So, head on over to Nana’s Little Kitchen and make this one. She has included a recipe for a single batch of her “bisquick” so that you can try it out (just scroll to the end of her post for FP pancakes).