Mike prefers homemade cards for occasions rather than store bought cards. So I try my best to give what he likes. I prefer store bought cards because I have a hard time coming up with just the right words to convey my feelings.

I got my tangle on!

I started with Father’s Day, since it comes first. I looked on tanglepatterns.com for some heart patterns. I really like how you can find all the patterns with certain characteristics on that site. (It’s a drop down menu on the left sidebar.)

I found Heartstrings by Helen Williams at a little lime. From there I found a variation turned new tangle, Heartswell, which I also liked. I decided to put Heartswell on the outside of the card and then Heartstrings on the inside. About the time I got three-fourths finished with the line work, I realized it was more appropriate for our anniversary card than a Father’s Day card. Don’t you agree? 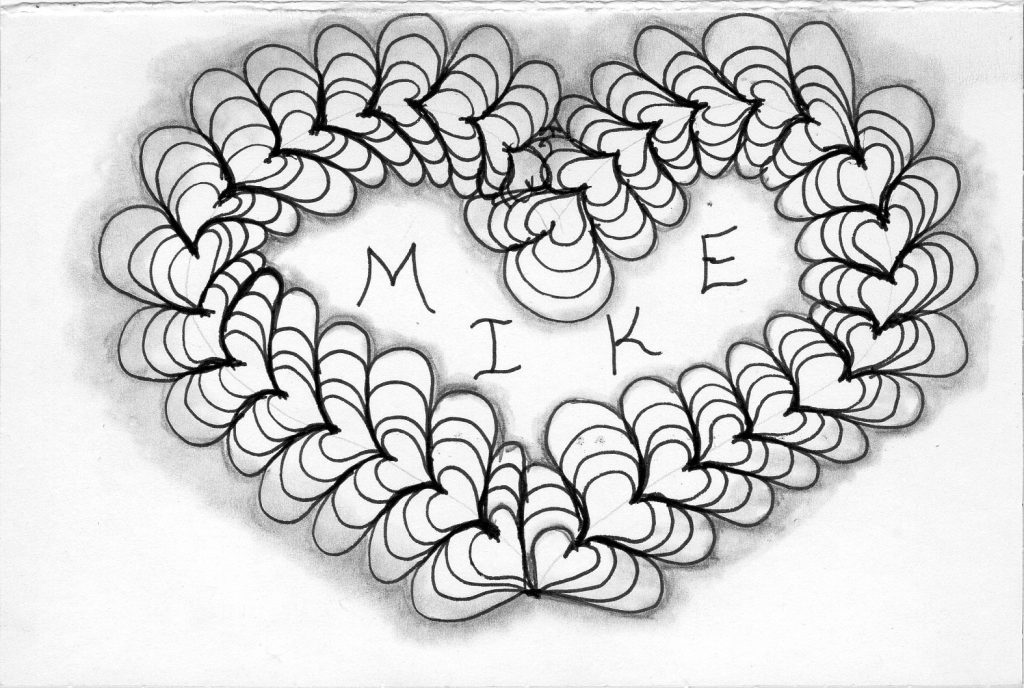 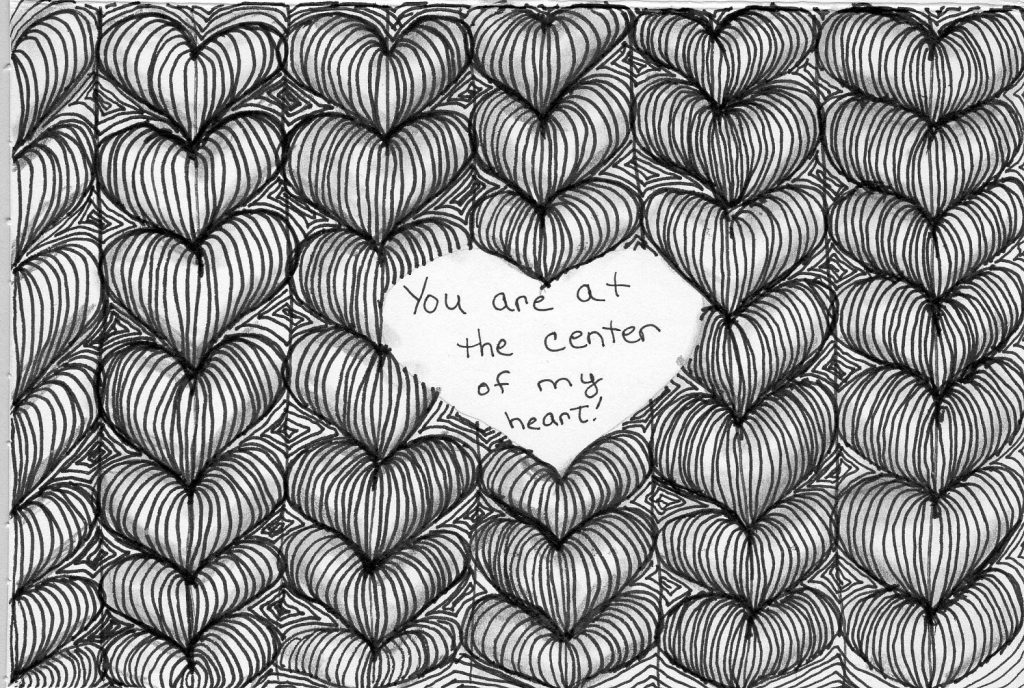 When I realized this, I stopped working on it and began to figure out what to do for the Father’s Day card. Back at Linda Farmer’s site, Tangle Patterns, I continued to browse the heart patterns but realized I needed something else.

Then I remembered Footlites by Carole Ohl, and decided to put his name and footlites on the front. 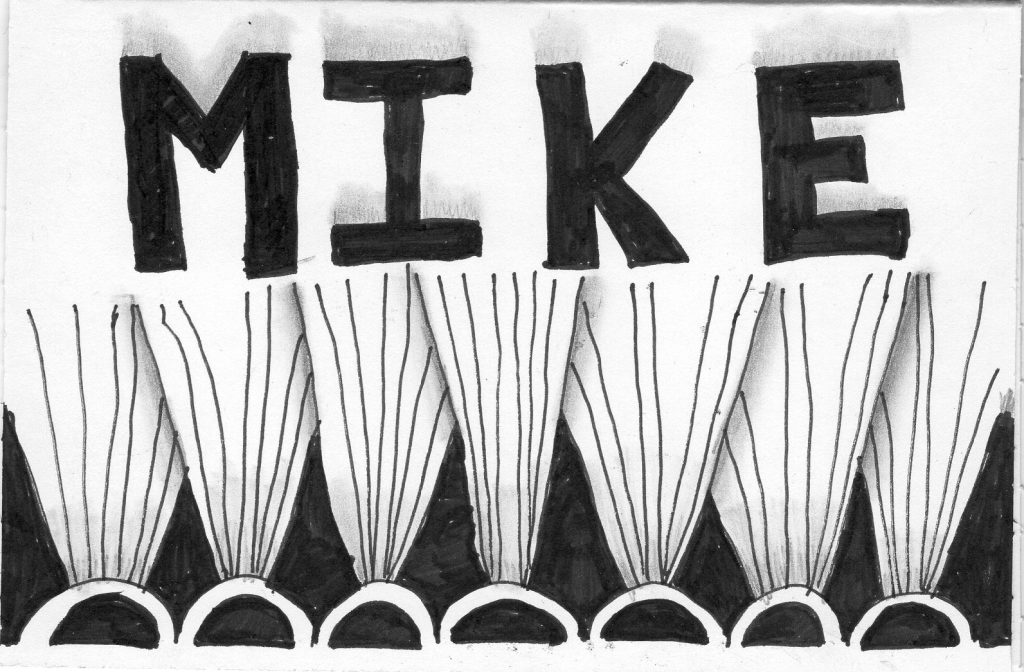 I decided to write on the inside and ended up filling both halves with sentiments. So I simply put LoLo by Hsin-Ya Hsu down the left side. There are several variations but I just kept it simple.

I ran low on time and did not shade the anniversary card hearts as well as I should have, but I think they turned out okay.

I did not participate in the Diva Challenge. The only tile I considered changing was one where the challenge was actually to do just a little tangling, so if I changed it, it would no longer be a correct response to that challenge.

Then I got busy and decided that I would not go seeking out other challenges or focuses but just post what I’ve already accomplished.

I’m going to run for now. Have a great week.