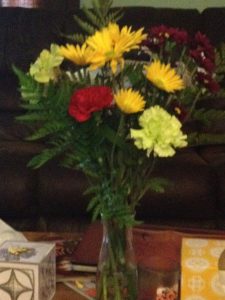 Several years ago Mike and I were just talking and I mentioned that I’d like to have him bring me flowers sometime, for no reason. I even took a picture of the inexpensive bouquet that I like at Walmart and sent it to him. Some time later, he was in the store for a completely different reason and saw that same bouquet and bought it for me.

It made me very happy.

Other times he has told me that he would get me flowers more often, IF he remembered and that I should remind him. Well, this felt wrong to me. It seemed like asking someone to do something nice for you but I have him ask me to scratch his back, which is something he likes and feels loved by. So really, what is the difference?

I never really understood before but thinking about it now, it makes sense. Nobody really understands all that goes through a man’s mind when he is self-employed, unless of course you too are self-employed. The pressures are different and varied. So when he gets in his van, after work, his mind is not generally on doing something extra for me and I totally understand.

Last Christmas when we were at my sister’s house, her husband pointed out the flowers on the table and the told us about this really cool deal with a local florist. It is a fund raiser, I think, but the deal is you go in and pay $20 to get a small bouquet of flowers every month free. They give you a punch card and each month, you go and pick up your free flowers. I loved this idea and Mike liked it as well.

Come Valentine’s day, Mike asked what I wanted and I told him I wanted him to do that flower deal. And He Did!

I realized last week that I hadn’t gotten my flowers in a while. A Long While. And mentioned it to him. He said he’d just remembered it as well.

A few days later after he’d left for work, I got a phone call from him. I was concerned about the purpose of the call. Then he told me that the day before he had gone by the florist and gotten my flowers but forgot them in the van.

He then texted me a picture of them. He said he looked down and there they were. 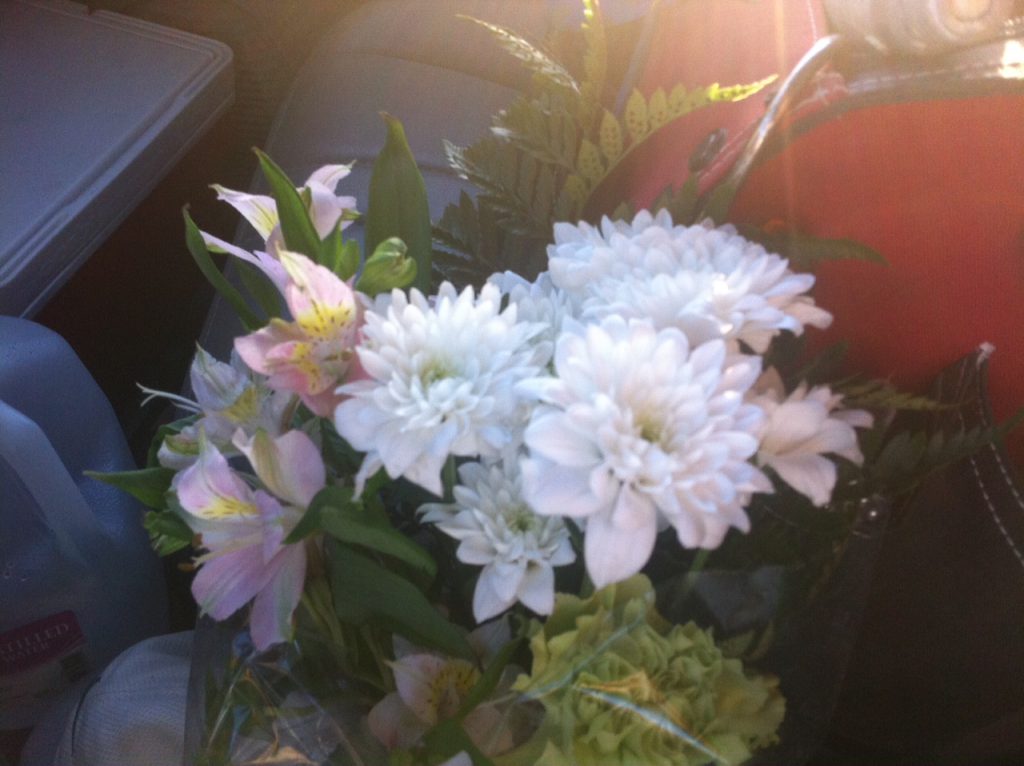 He brought them home with him and they are just fine.

It’s a good thing too because it’s already October!

Well, all of this to say, if your hubby asks you to help him remember something to bless you, don’t dismiss it or take offense. Realize he has a WHOLE lot on his mind and although he love you, he doesn’t generally think about those things. I am enjoying these flowers as much as I would if I hadn’t reminded him about them. (Oh, and when you remind him, do it in a nice manner, not a nagging one. I simply said, I haven’t had any flowers in a while.)