Last Saturday I could not figure out what to fix for breakfast. (I usually like to wing it and just fix what I desire at the moment.) I finally settled on hash brown omelet. I haven’t had it in years. The one problem though is that is calls for 3 cups of shredded cooked potatoes and I didn’t have any nor did I have any frozen hash browns. Then there is the fact that I have no microwave readily available either, so I had a wrinkle to work through.

Start by frying 4 pieces of bacon. Sean bought this wonderful turkey bacon the other week, which we had frozen. This seemed like a good time to use it. 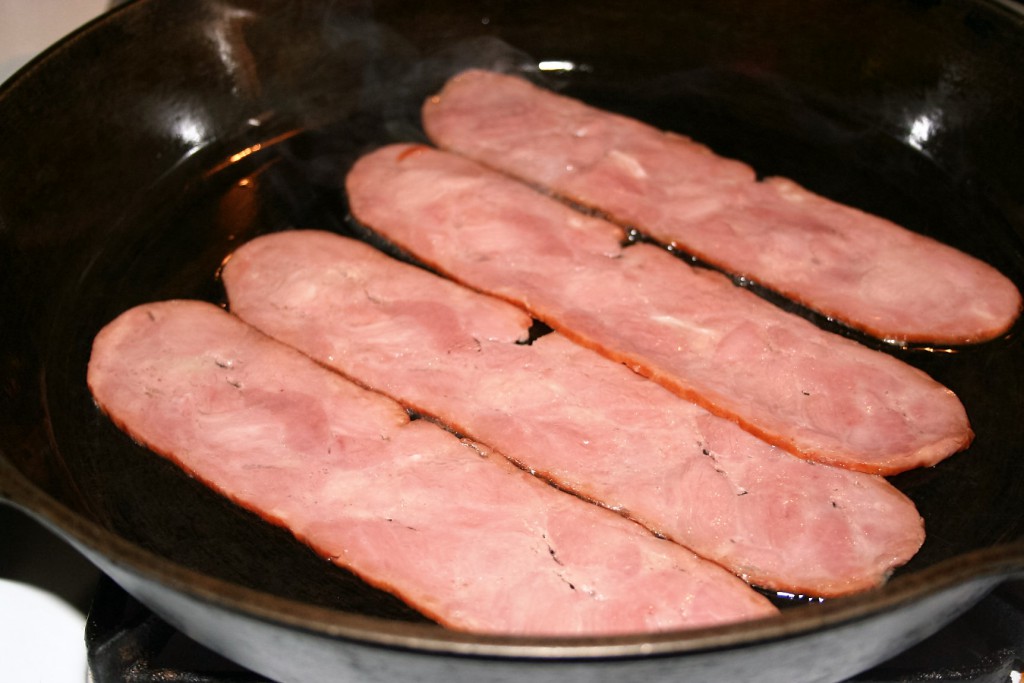 Fry the bacon and then I removed it from the pan and added the onions and green peppers that I chopped in the mini food processor. Next time I’ll just chop them myself because there were still some larger pieces and my kids don’t prefer chunky, crunchy cooked veggies. 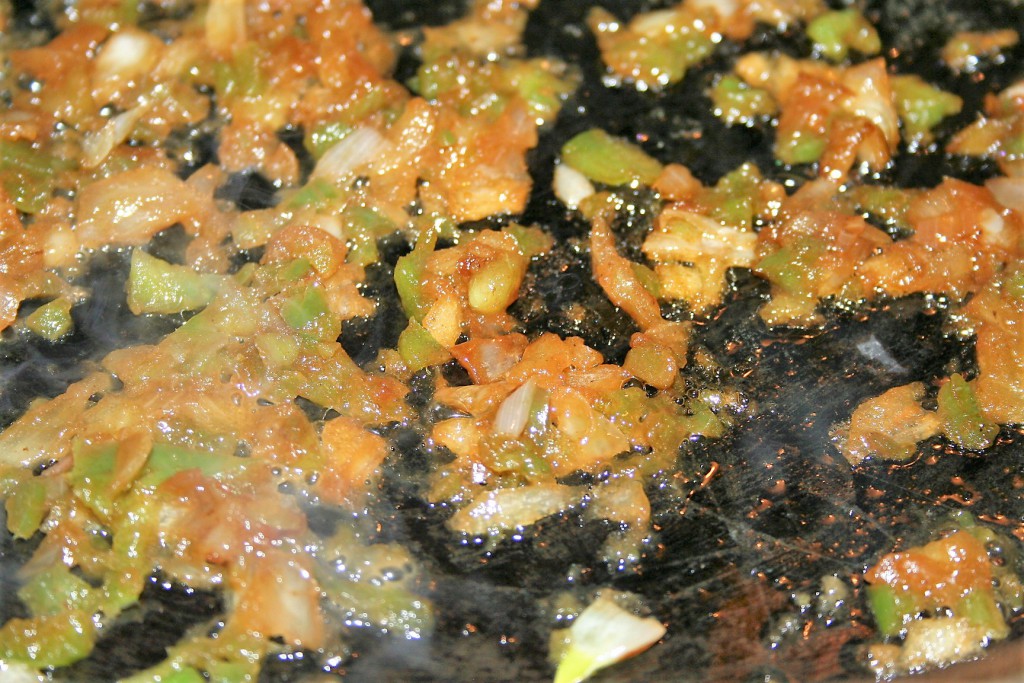 I added a tiny bit of oil because the turkey bacon left no grease behind. Then I added a little water when my pan was dry again, so the onions and peppers had a lot of nice bacon flavor in them.

Than add the shredded potatoes with a bit more oil. Stir to incorporate the onions and peppers into the potatoes. 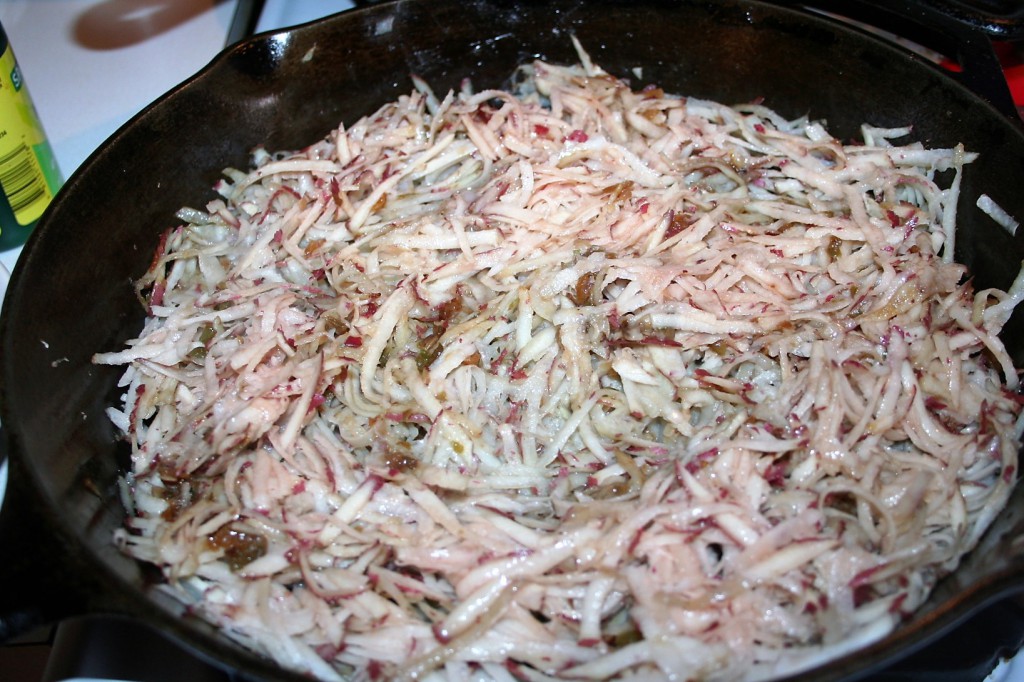 Cover and cook on medium-low until potatoes are cooked through and beginning to brown.

Meanwhile, crumble the bacon, shred the cheese, and beat the eggs. 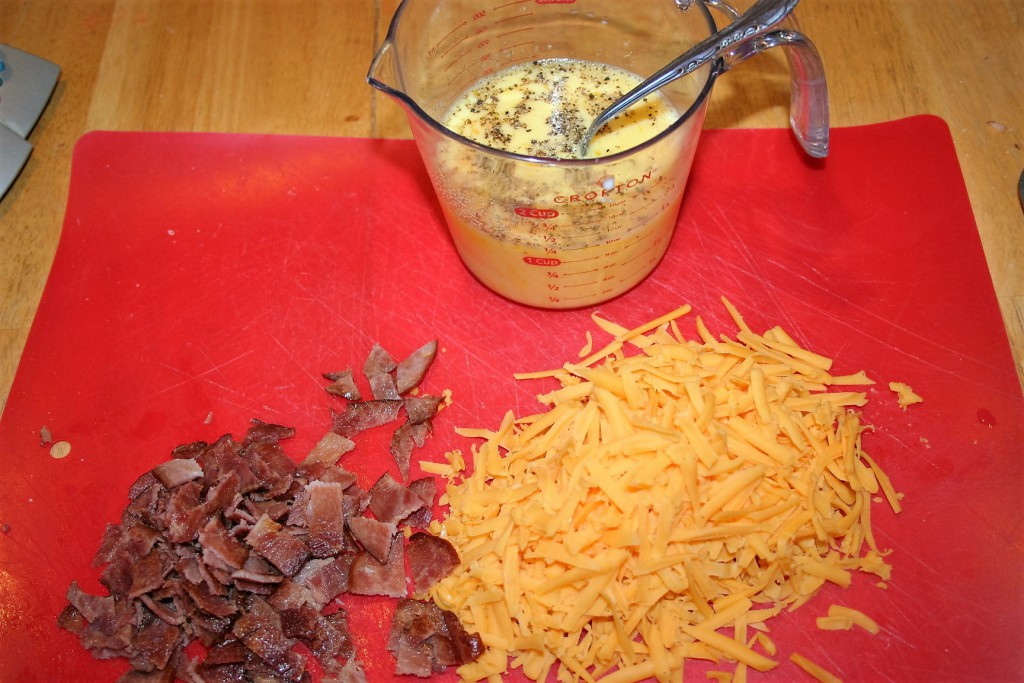 I measured the milk in a two cup measuring cup and then added the eggs, salt, and pepper and beat the eggs in the measuring cup.

Then add the cheese and bacon to the eggs and combine. Pour over hash browns. 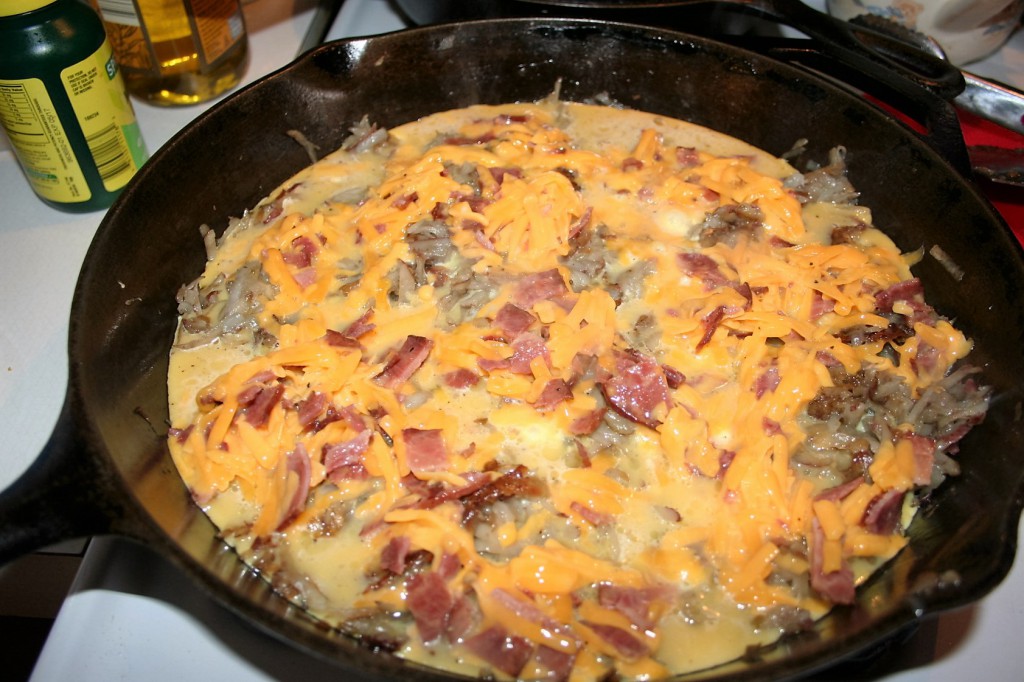 Cover and cook on low 8-10 minutes, until the egg is completely set. 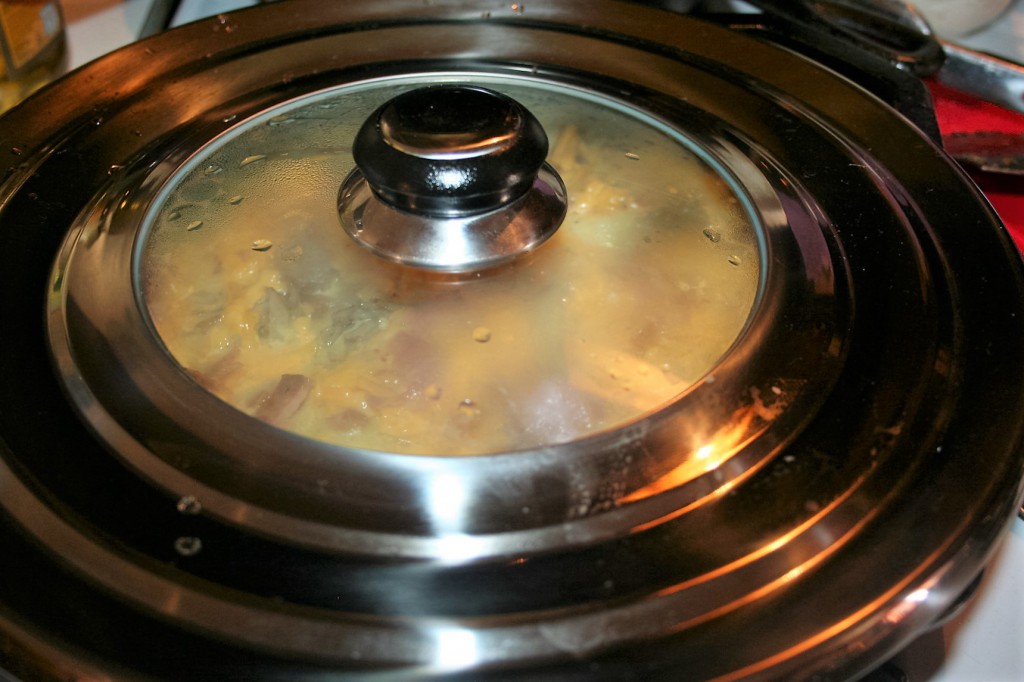 I wish I had taken better pictures of the final product. I’ll have to make it again soon so I can update the finished pictures. I also need to get some colored plates because these white ones make my potatoes look gray. 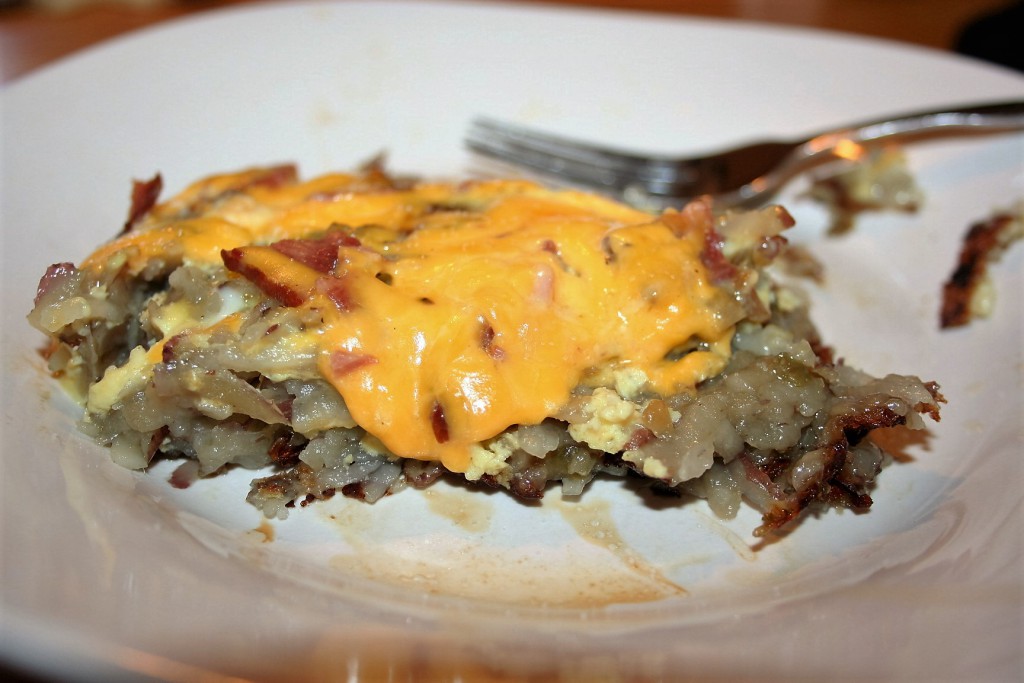 I hope you enjoy this recipe. (For several years we made it on Thanksgiving morning.)