Several months ago Tangle It! Pattern-Collections.com started a . . . oh, I don’t know what to call it

. . . a tutorial, a focus, a challenge. The idea is to increase the number of go-to patterns you use and to play with patterns to see where you can take them.

I managed to complete the first week but got derailed after that. I really have to work hard to participate in daily challenges. Well, I felt like working through it on my own pace, even though I’m twelve weeks behind.

Ina provides some instructions and seven different strings. It really is a great free “class” and you don’t have to be a part of the facebook group to play along, as she has it all on the website.

Last week I did this tile: The tangles are Ropuz and I played with Strircles using rectangular shapes instead of spheres. 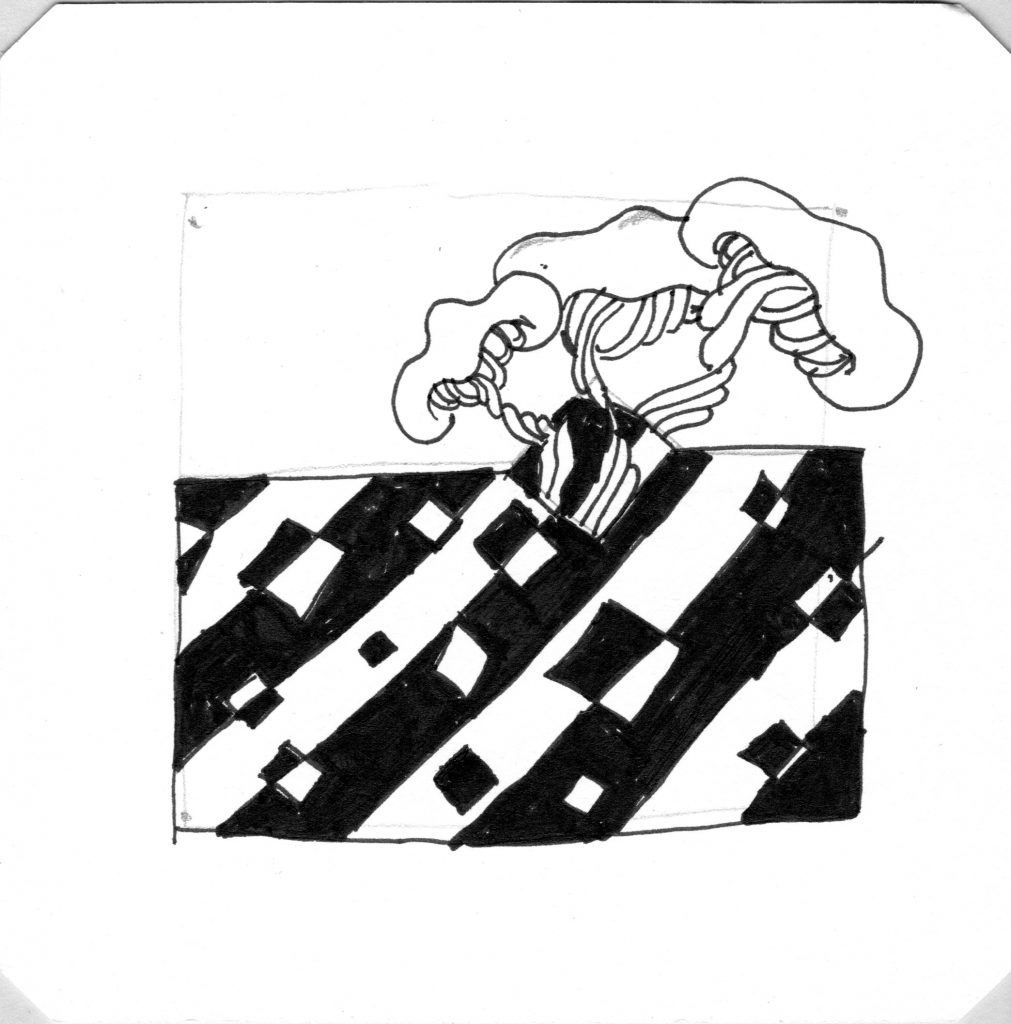 Here it is shaded . . . not much difference. 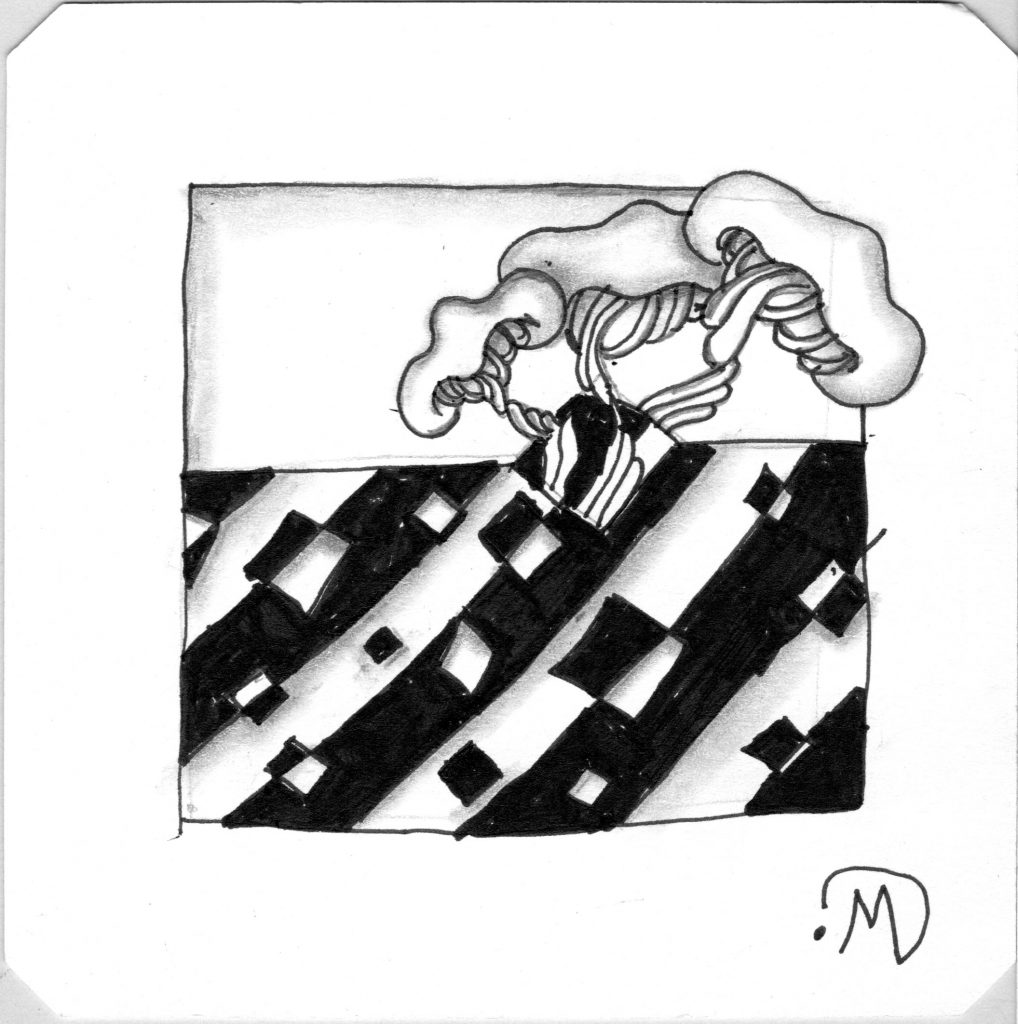 The one I did this week was much more drastic. Tangles this time are Ropuz Fill and I played with Nipa using the shape of the string provided. 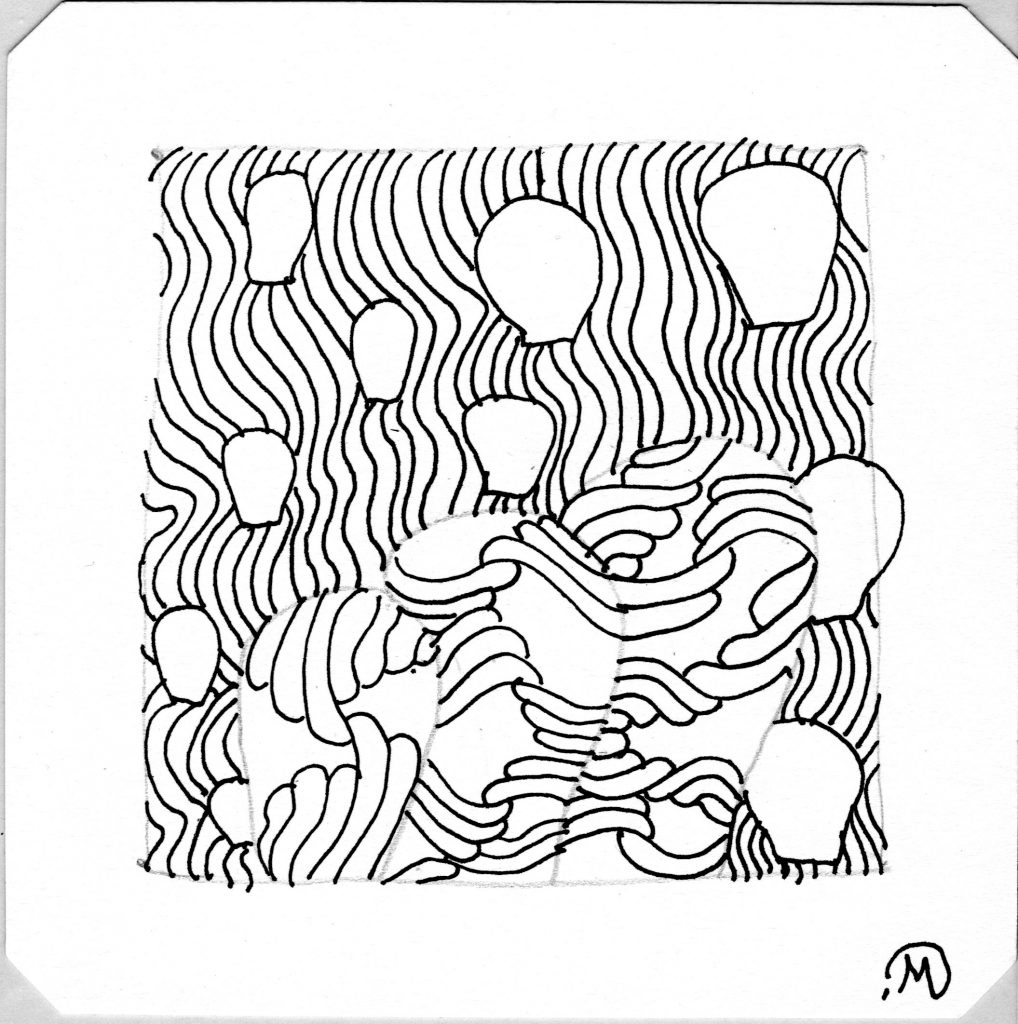 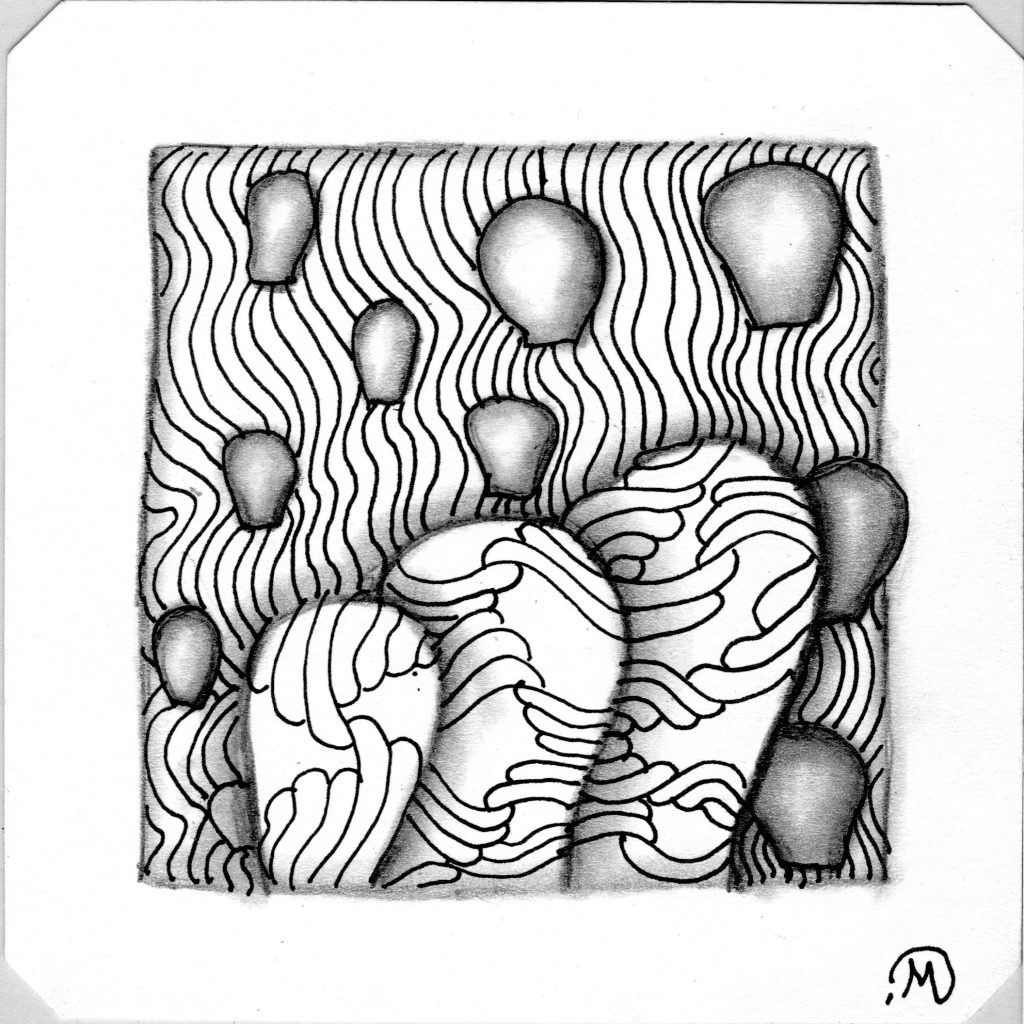 Next I added just a bit of shading on Ropuz Fill. 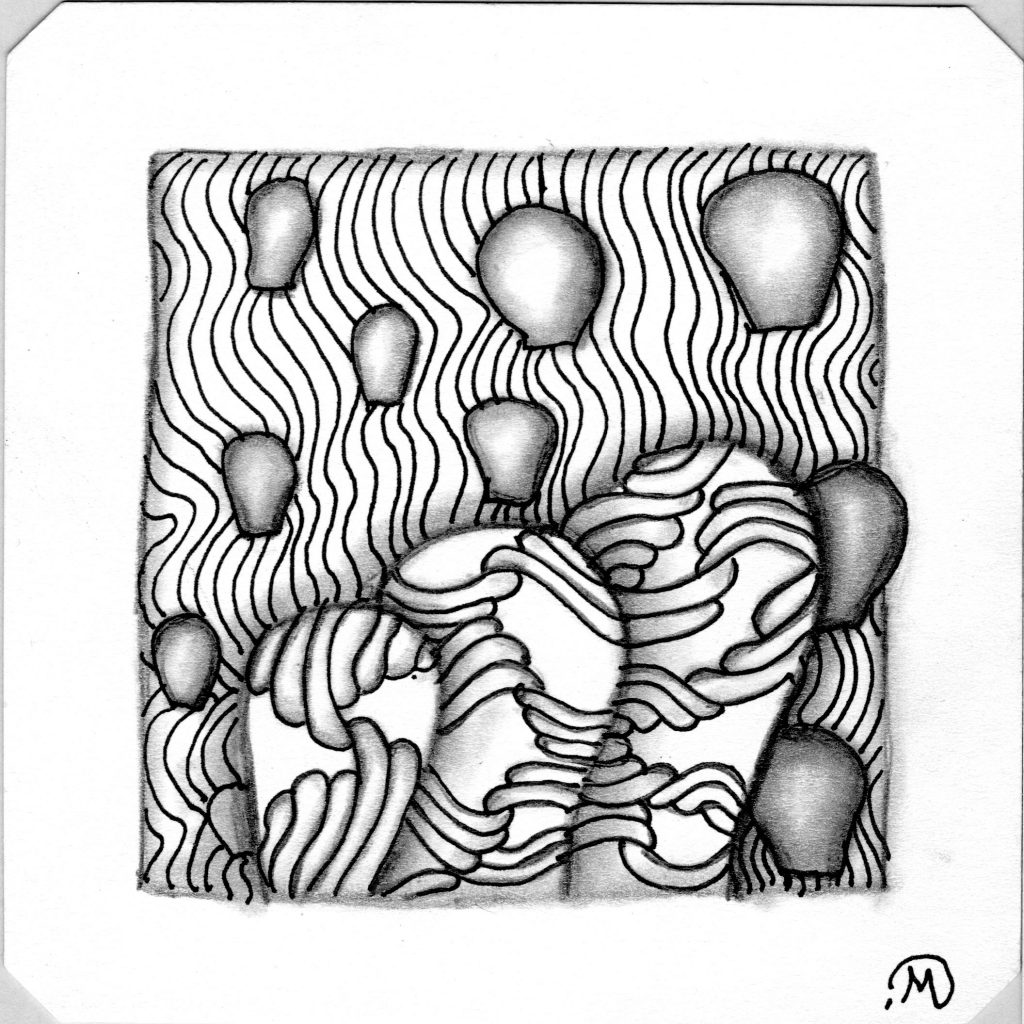 Finally I added in the shading in the ‘waves’ of NIpa. 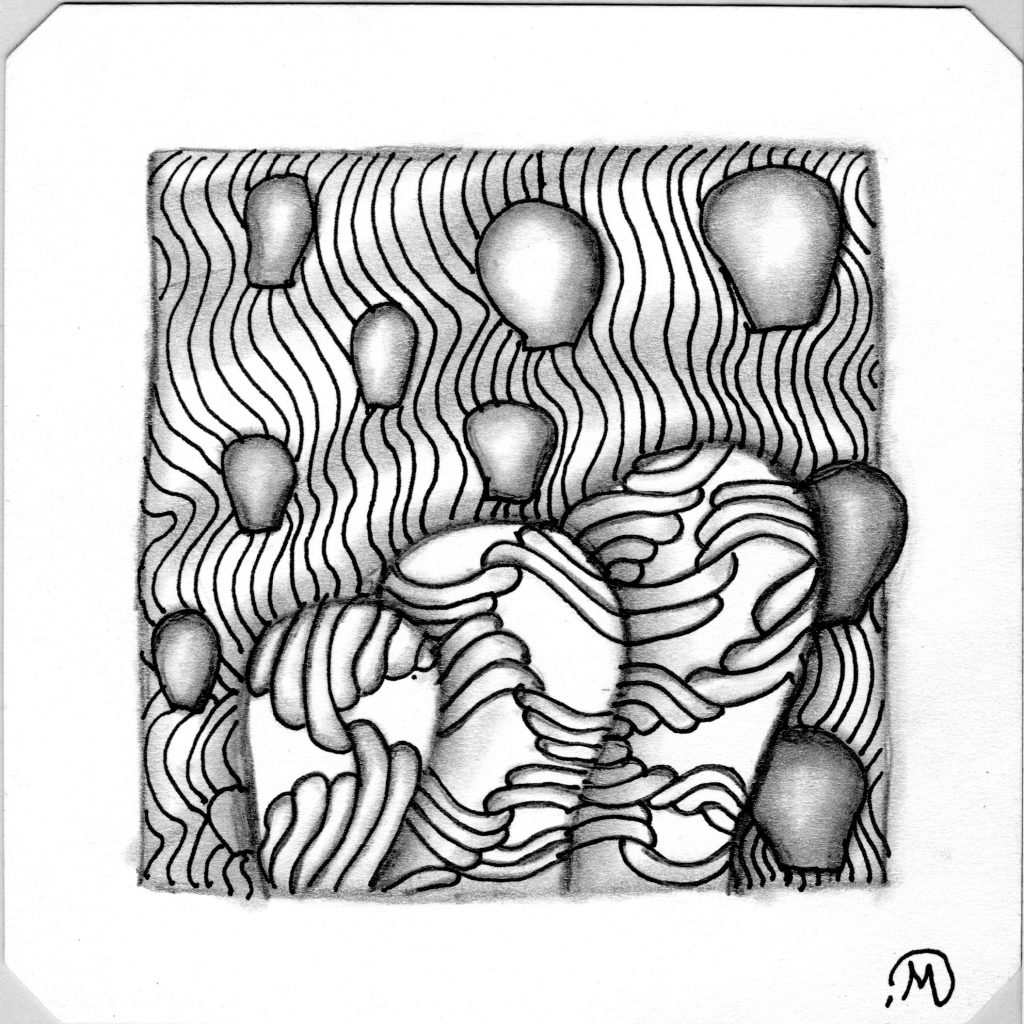 Now on to this week’s diva guest challenge from Henrike Bratz, who created the tangle Lisbon and challenges us to use it with Diva Dance. Now I thought it was specifically Rock-n-Roll we were supposed to use but I later realized it was not.

I decided to try to go for a flower and trellis look. Then I decided it was too much work to try to figure out exactly how to draw Lisbon to make it look the way I wanted and just went with the flow instead. 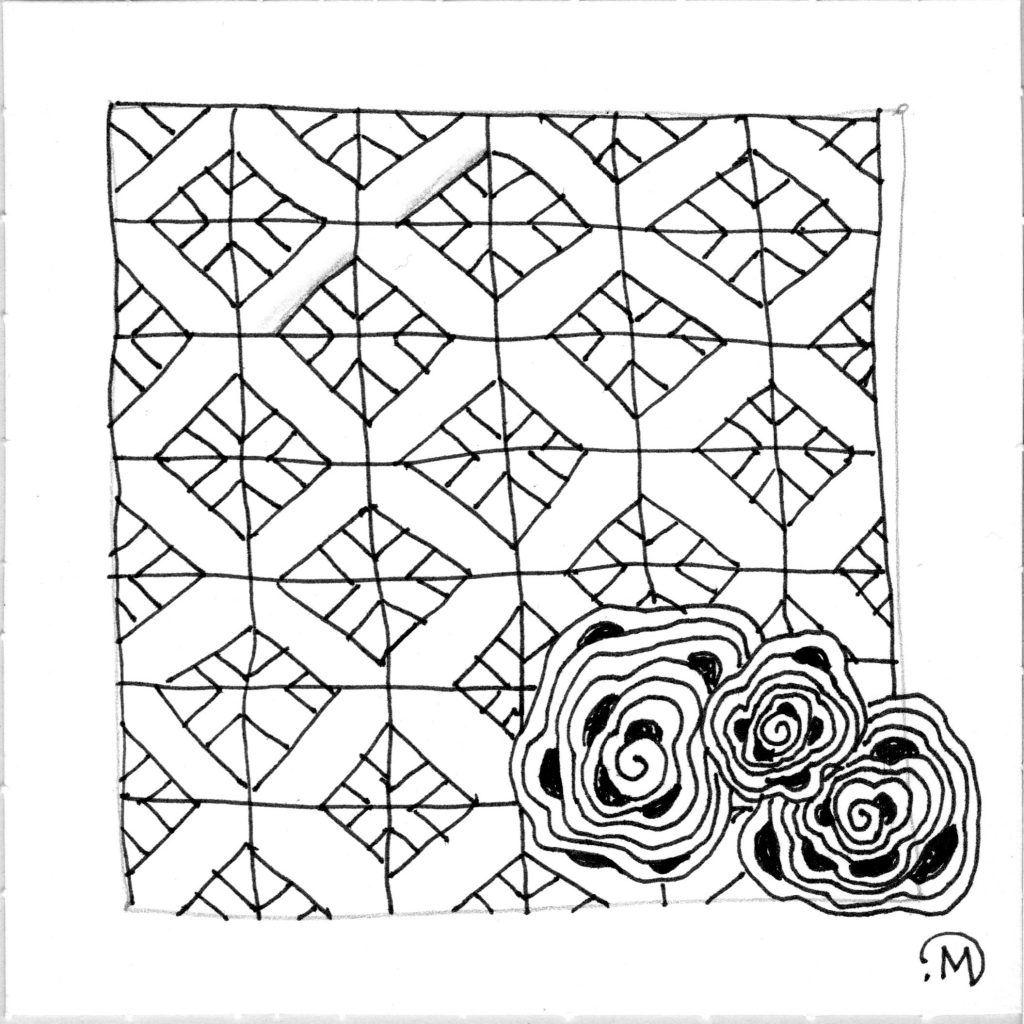 I’m not very good at shading Rock and Roll Diva Dance but here it is finished. 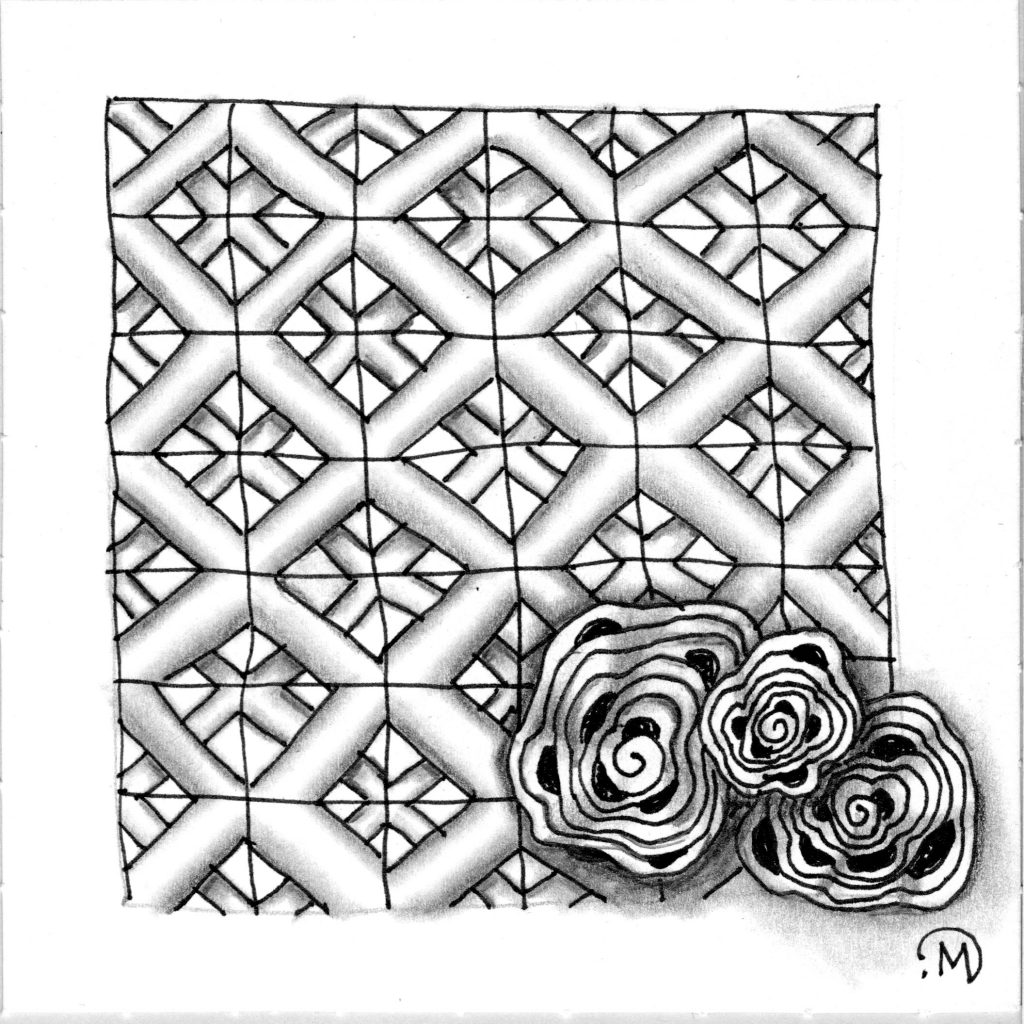 Unfortunately this didn’t lend itself to enough shading to hide my wonky lines. At one point I considered darkening in the background but I used pencil to see what it would look like in one tiny spot and I didn’t care for it at all, so I erased it. I have to admit that the shading does look better in real life, as it is a bit darker all the way around. It is always after I scan it in that I can tell where I should’ve used more shading. Hmmm, maybe I’ll go back and add a bit more, but knowing myself as I do, I probably won’t.

Thanks once again to those wonderful few that take the time and effort to leave comments, they are most appreciated.

I hope you have a great week.