For this week’s tile I decided to participate in Today’s Tangles: Keeping it Classic facebook group’s prompt. Sandy has a very thorough prompt each Monday, although I do not know how she handles holidays yet. There are about a dozen suggested tangles, a suggested string, as well as a tangling term of the week.

I attempted to draw a string similar to hers and proceeded to try and select tangles that I was ‘drawn’ to.

Here is my tile with the string; please forgive the quality of the picture, I was too lazy to get up and take a scan or go outside and take a picture. I thought the lighting I had would be sufficient. I never did get the entire tile in the picture. 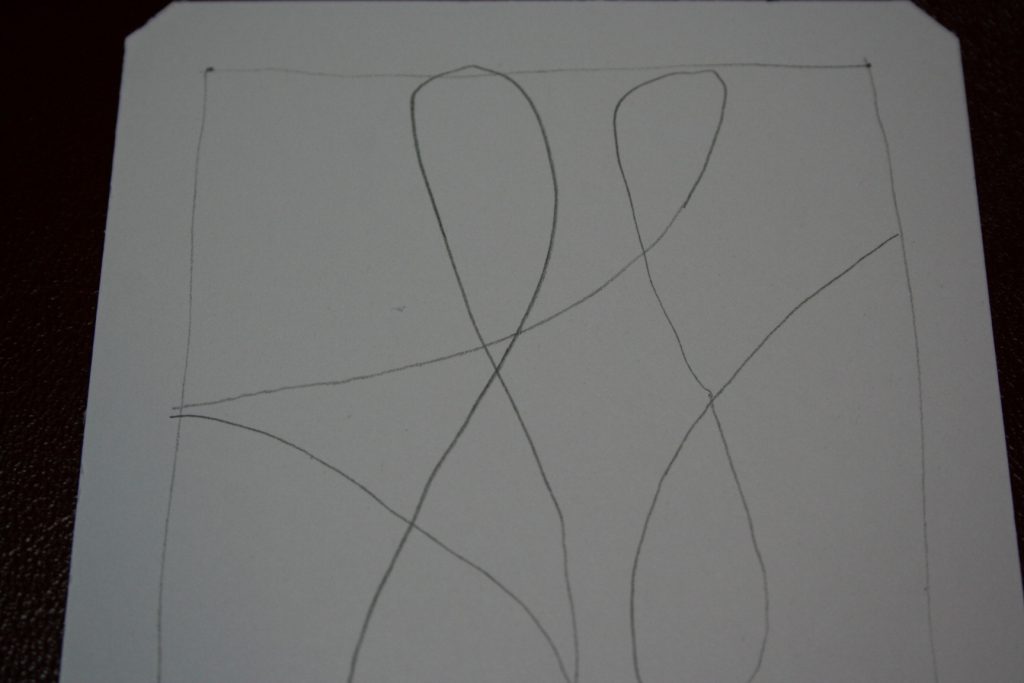 I thought the loops of the string lended themselves to Indy-Rella rather nicely and had hoped that I could do an auraknot in one of the triangular sections. My Auraknot was not pleasing to me but I moved on. I then decided to use Fife ‘behind’ the Indy-Rella. Once again, I placed my dots too closely together and wished I’d made my ‘grid’ larger. But I pressed on and I’m okay with it.

So here is my tile (scanned) before shading. Oh, I opted for the blackening of the ‘triangular’ sections in Fife. 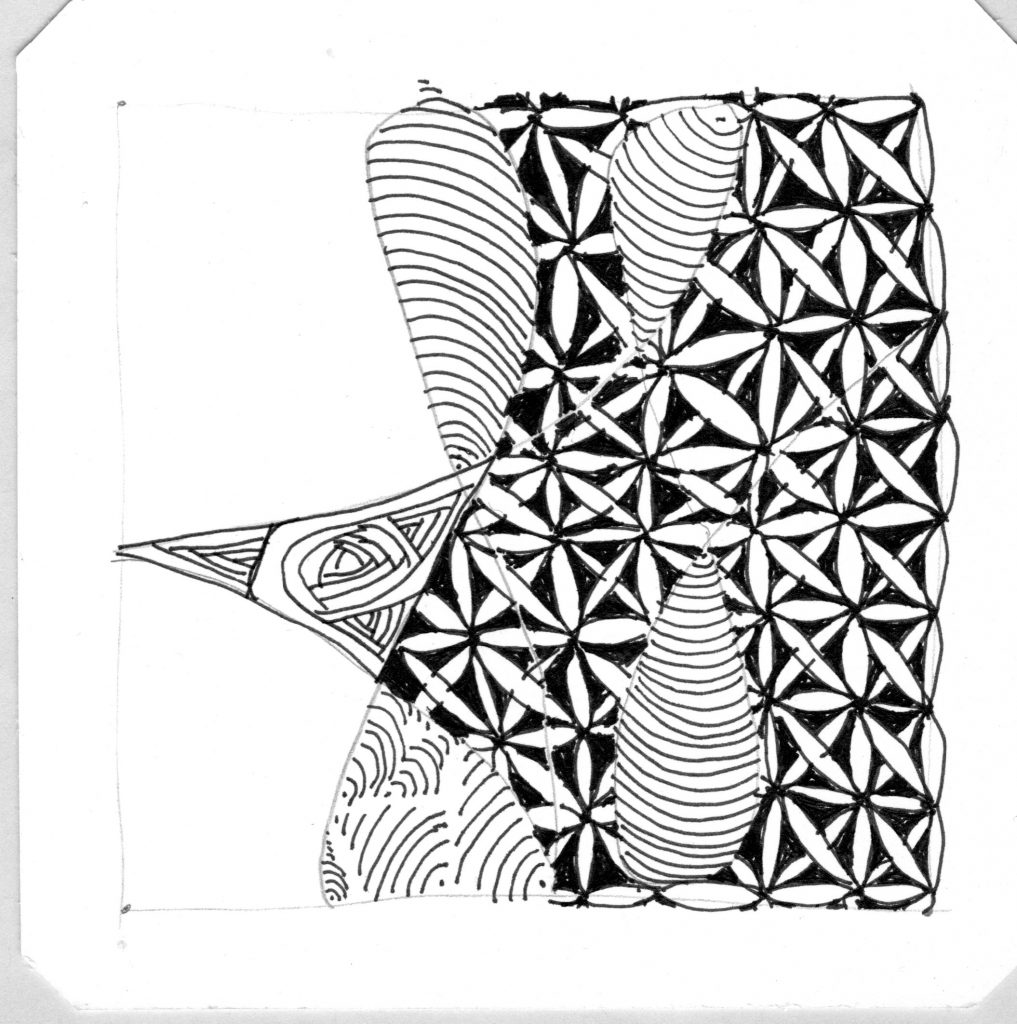 My eyesight got blurry as I was tangling Fife and blackening in those little triangles. I’ve given up hoping for much in the way of precision.

Here is the pre-shaded tile in natural lighting. 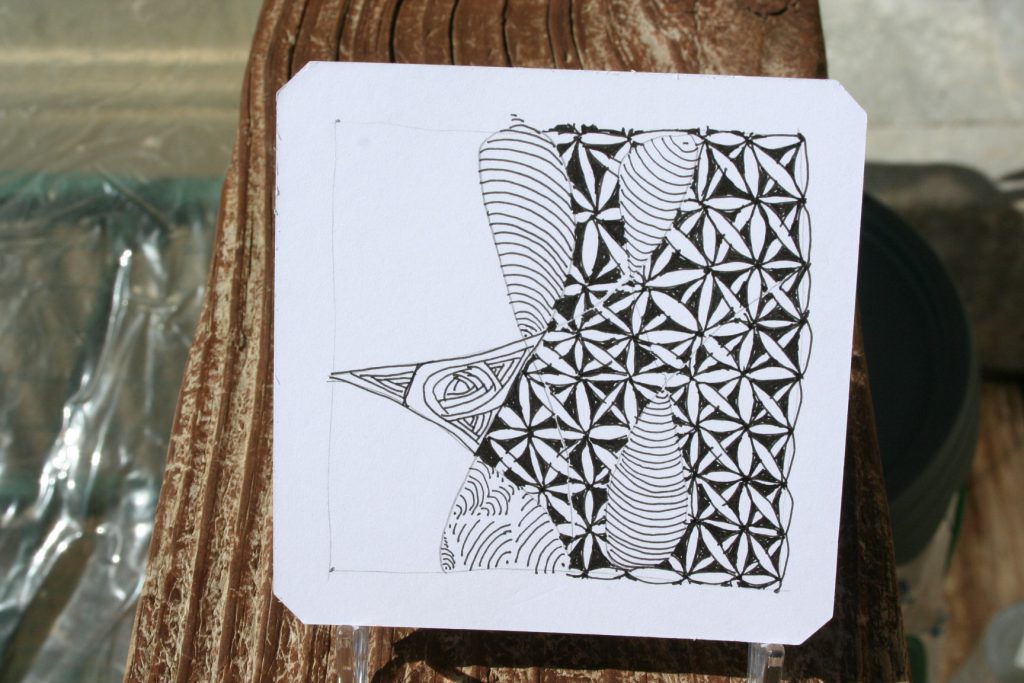 I didn’t spend a whole lot of time shading . . . Fife was too small for much shading and highlighting, as I already mentioned, I should have done my dots further apart and fewer of them.

Here is the scan after some shading. 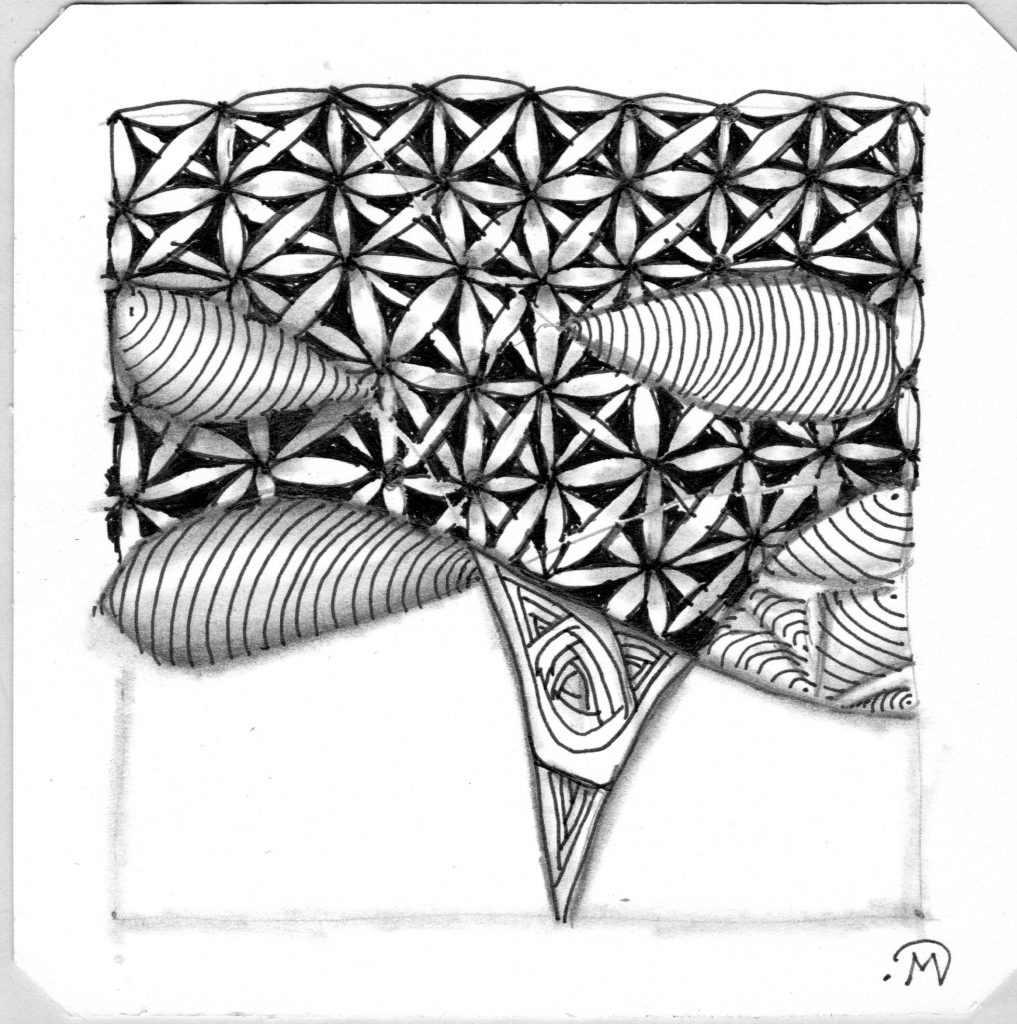 I used a white General’s pencil on part of Fife and afterwards even used a white pen on it but my cheapo tile is too white to even notice it.

Here is a picture of the tile taken in natural lighting. 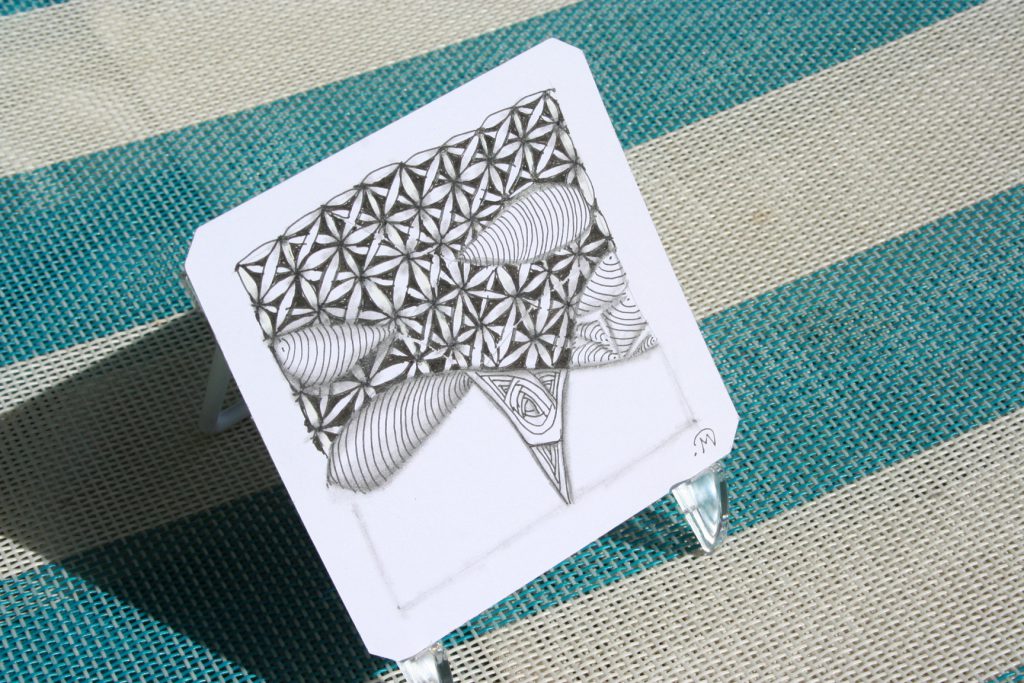 You may have noticed that I rotated the tile. It happened when I drew Fife. I know there is no ‘up’ or ‘down’ with Zentangle, but this is how I like it best I think.

Thanks for stopping by. I hope you’ll let me know you did so in the comments.