I guess Laura Harms is still unable to draw because there was no Diva Challenge again this week. I wish her a speedy recovery.

I’m thankful though that I decided to do the Festina Lente since it is keeping me with ideas.

This week I thought I was going to do individual tiles each week but when I looked at the suggested theme and tangles I opted to do one larger piece again in my nearly 7″ square sketchbook.

The theme for the week was Diamond and included the tangles Diamonds & Squares, Dex, Diamond Drops, Quiltz, and 3D-Room, along with fragment Y2 from Musterquelle.de, and string 129 from tanglepatterns.com. In the pdf she also included the stepout to Anthem, which I enjoyed tangling before, so I really wanted to include it.

Since so many of these tangles were grid based tangles, I imagined them all on one grid flowing from one to the other with some Anthem stuck in there for good measure. I considered using the string for the string but instead just used it as a tangle.

Here is my piece before shading. 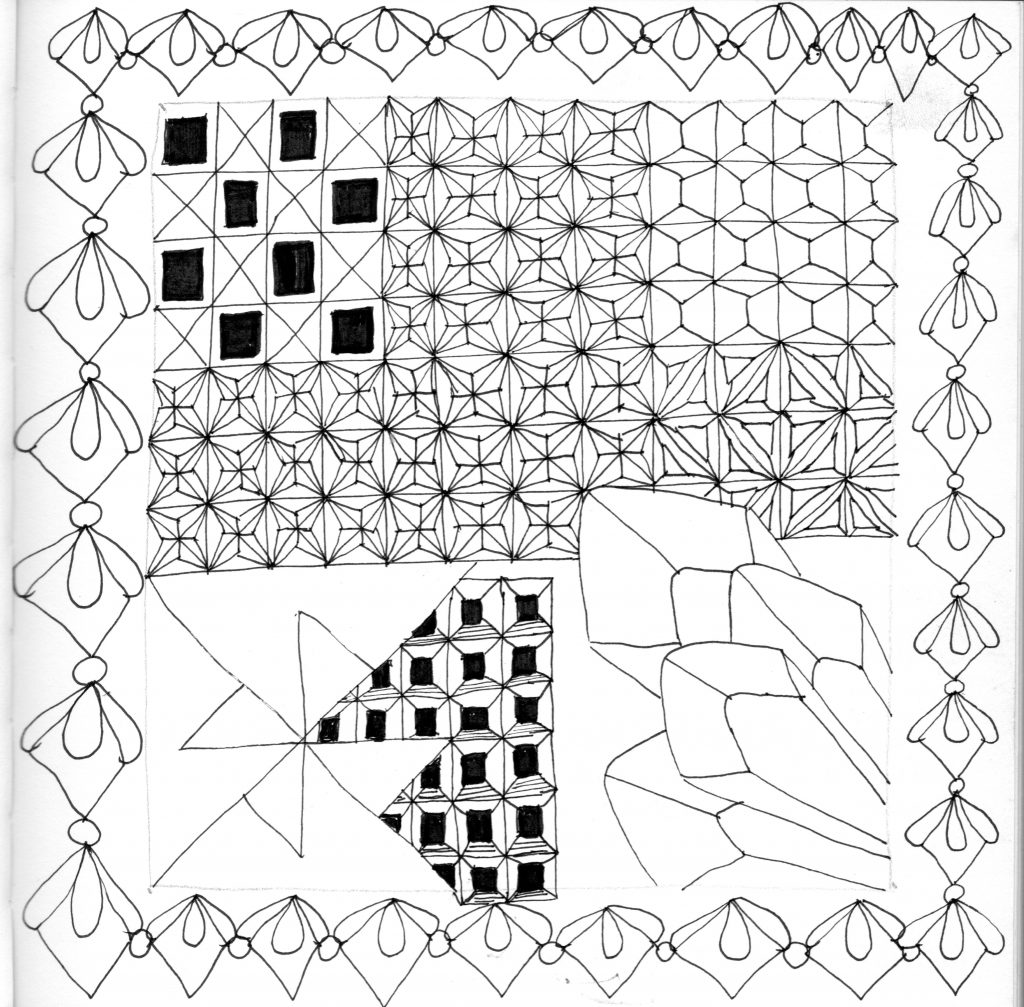 I loved tangling Quiltz so much that I used it more than some of the others on the gridded portion. I also really liked Diamond Drops, so I used it as a border.

I did so much shading and blackening that I forgot there was even more shading I wanted to do I just needed to be done.

Here is the scan of it as finished as it is getting for now. 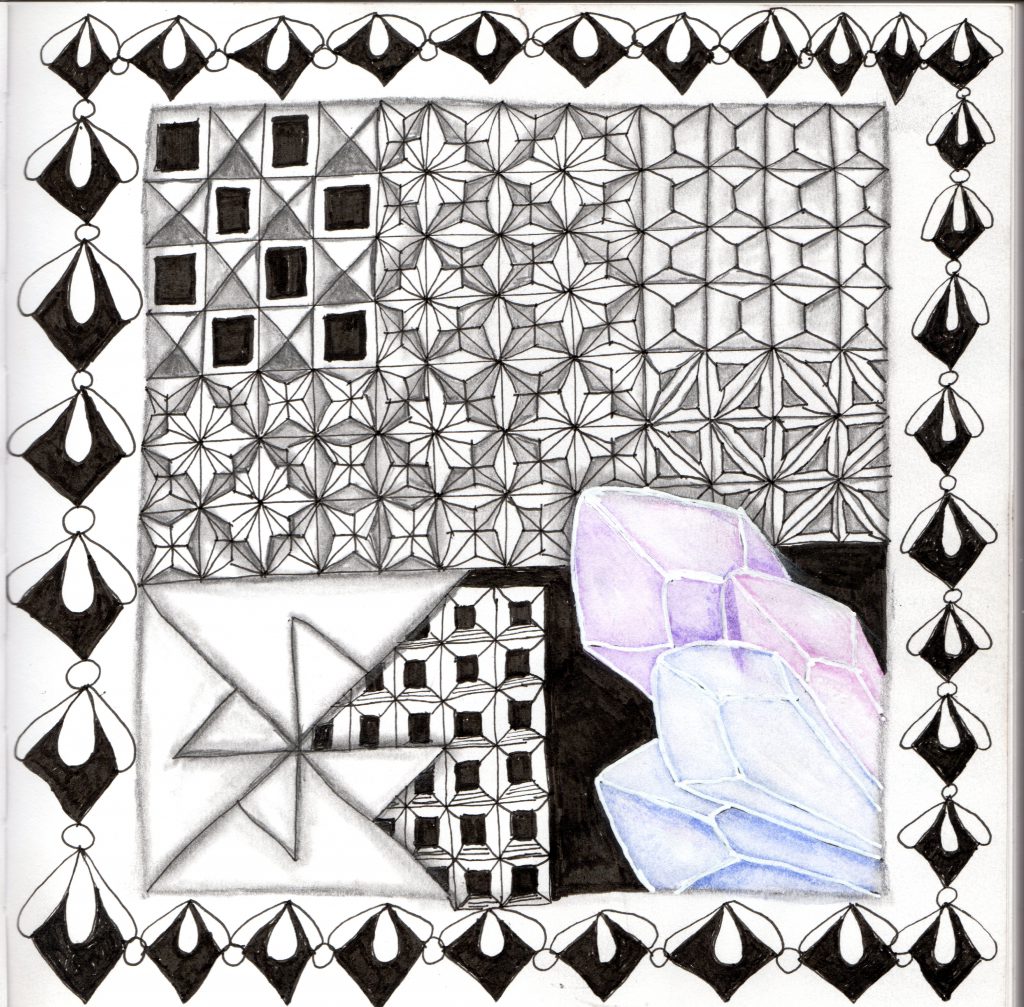 I’d like it better if I’d added a bit more color to Anthem but I’m too new at that, so I erred on the side of not enough.

Here is a picture of the finished piece in natural lighting but enhanced by the photo edit enhance button to be able to see it a bit better. 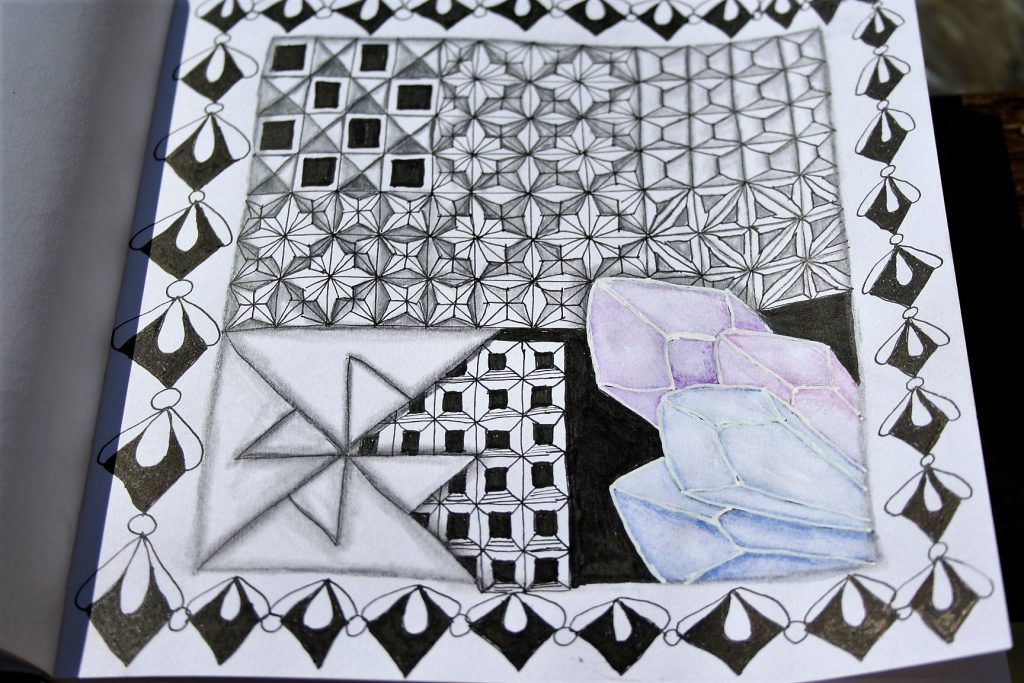 Well, that’s it for today. Thanks for stopping by!