For the first week of the Festina Lente 2019 project, Arja shared some music selections (which I enjoyed listening to while tangling) and information on drawing a labyrinth. I chose to use my helix and make a circular labyrinth. In hindsight, I wish I had done two separate labyrinths, one circular and one rectangular but I think it turned out nice anyway.

The tangle prompts for the first week were dL Labyrinth, Printemps, Sez,  Paradox, fragment F-5, Marasu, Double Marasu, and Emingle/Ambler. I started the tangles in the center of my labyrinth and worked out. Since I only had five rings, I put two days’ tangles on the outer two rings. Oh and I tangled in my nearly 7″ square sketchbook. 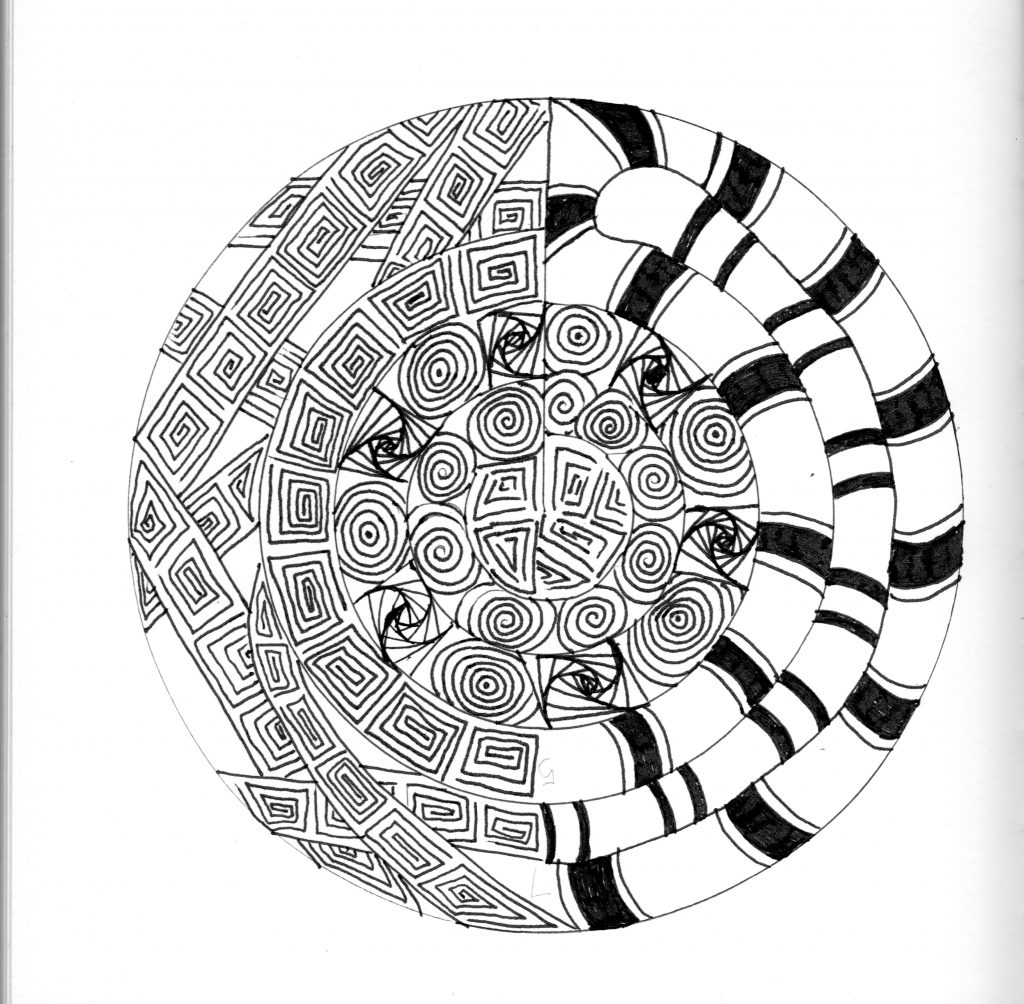 Since fragment F5 looks soooo much like Emingle and Ambler, I opted to only do Ambler on the last day, considering the only difference is one is done ribbon style and the other is done in a grid, or so I’m told.

My section of Double Marasu ended up being right beside the smaller section of Marasu and thus gives the appearance of three sections rather than two, I think.

I wasn’t sure how to shade this thing, so I started with the necessary addition of some blackening on the Ambler section, which made it look much better. That made it noticeably better so I did the blackening behind Sez, Paradox, and Printemps. 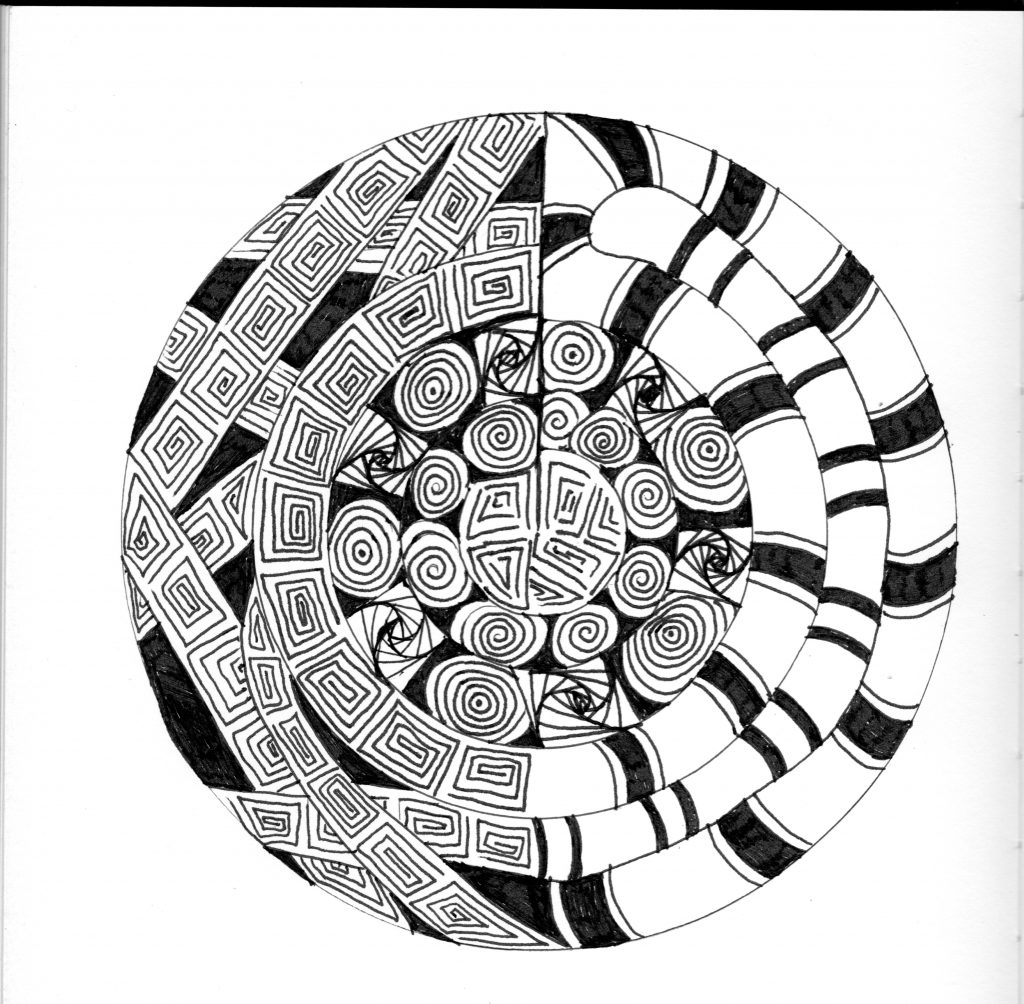 Here’s a picture I took at this stage in natural lighting. 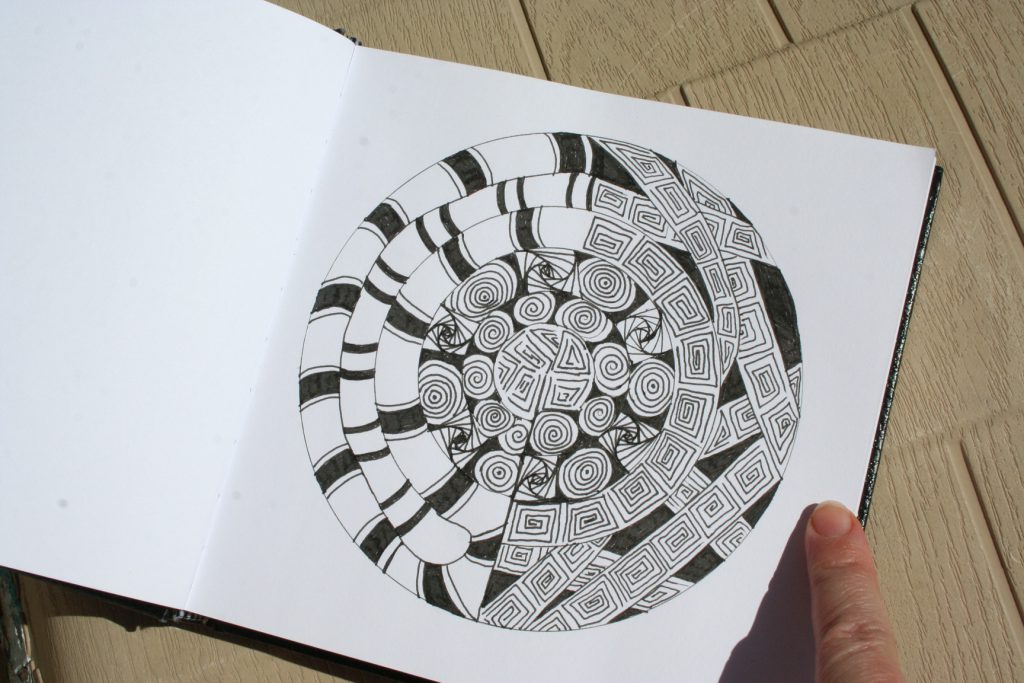 Then I added some shading and as always, now that I see it on the computer I realize I should’ve done even more shading in some areas but it’s still good. 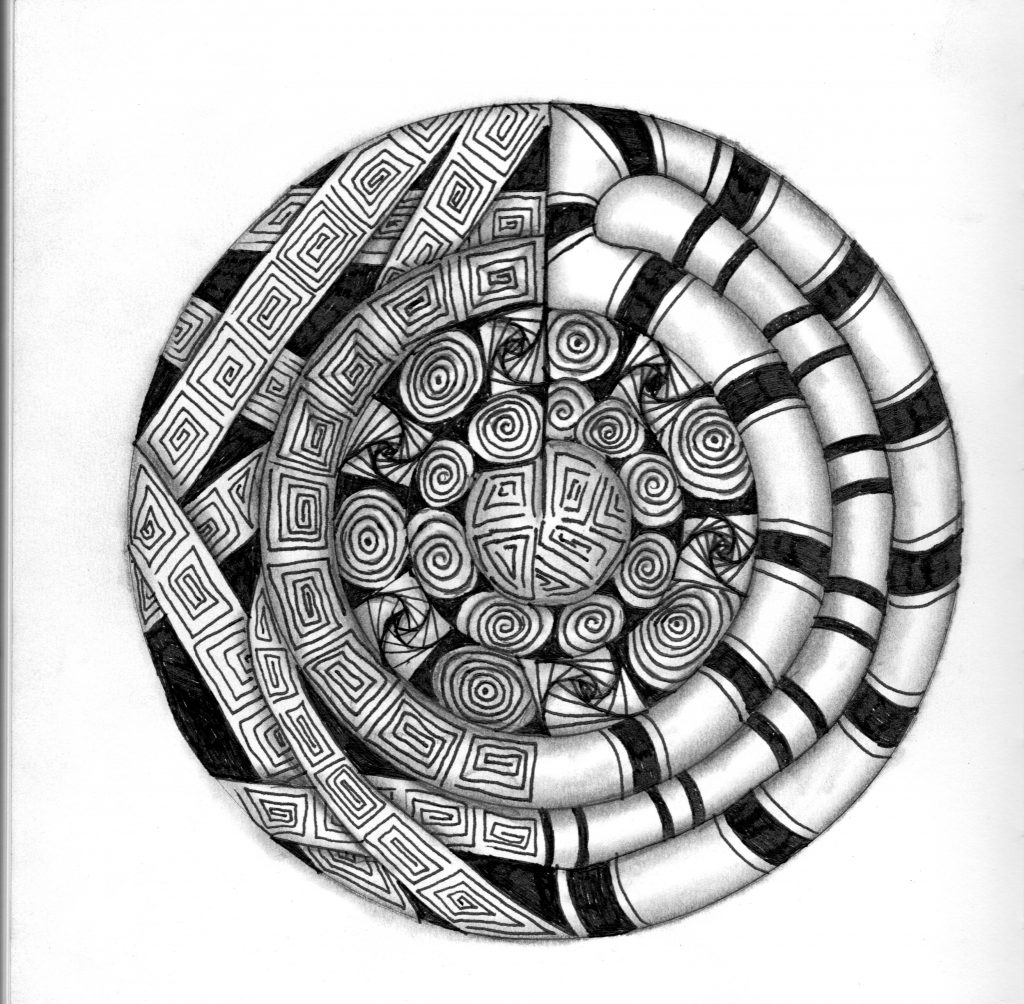 I took it outside to take some pictures in natural light but it was quite windy. 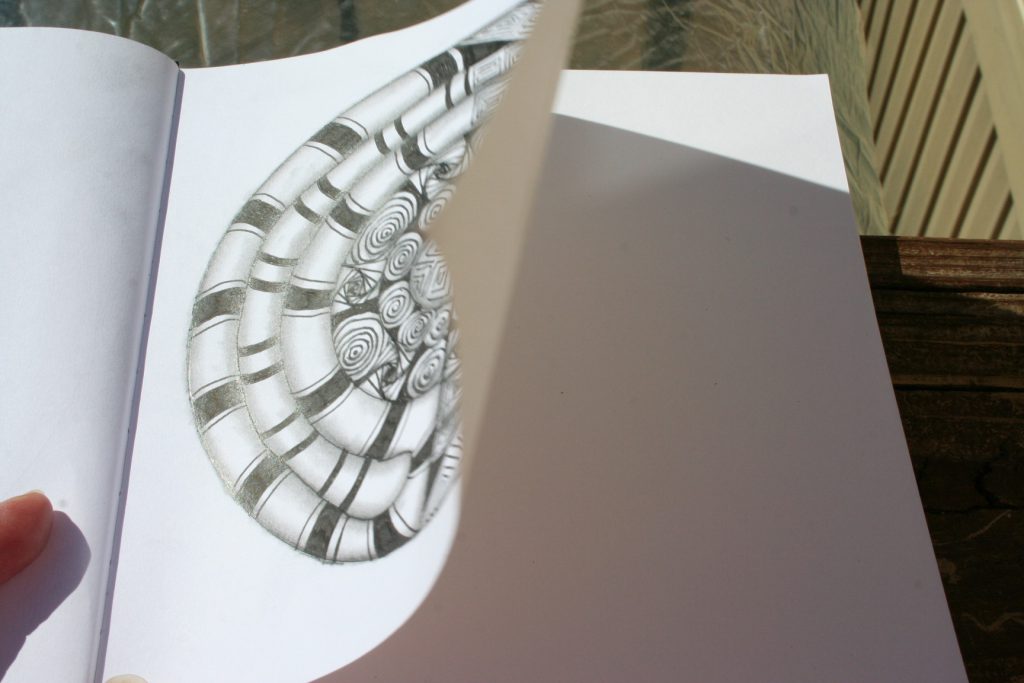 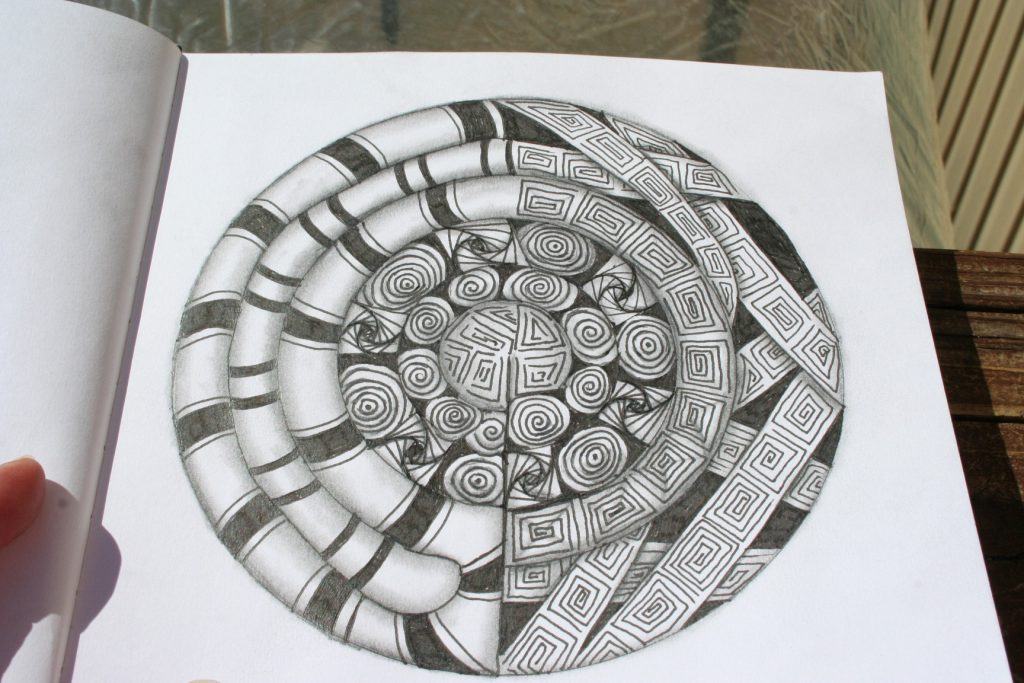 Then I added a highlight. It worked on some but I don’t think there was enough shading to make it really shine. Considering this is my first “zenbutton” type thing, I think it turned out alright.

Here is the scanned final outcome. 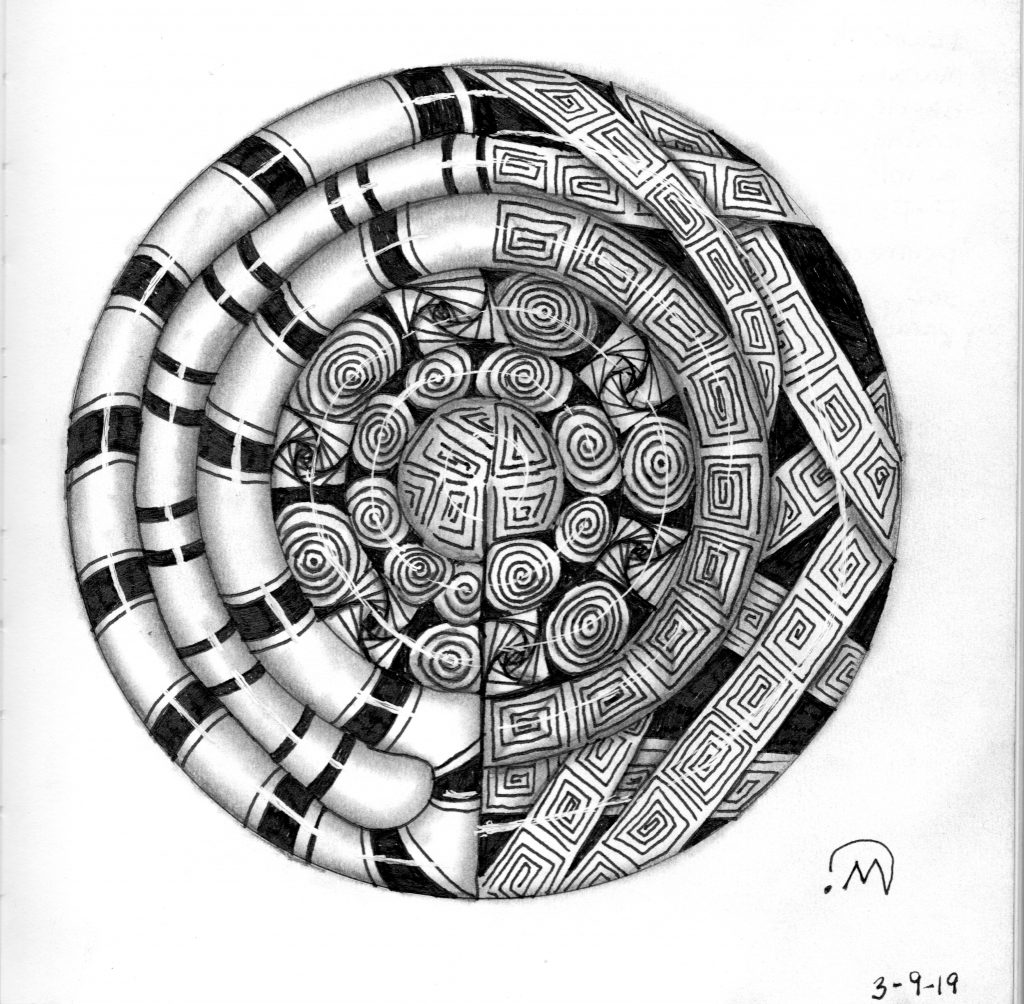 And the final in the windy outdoors. 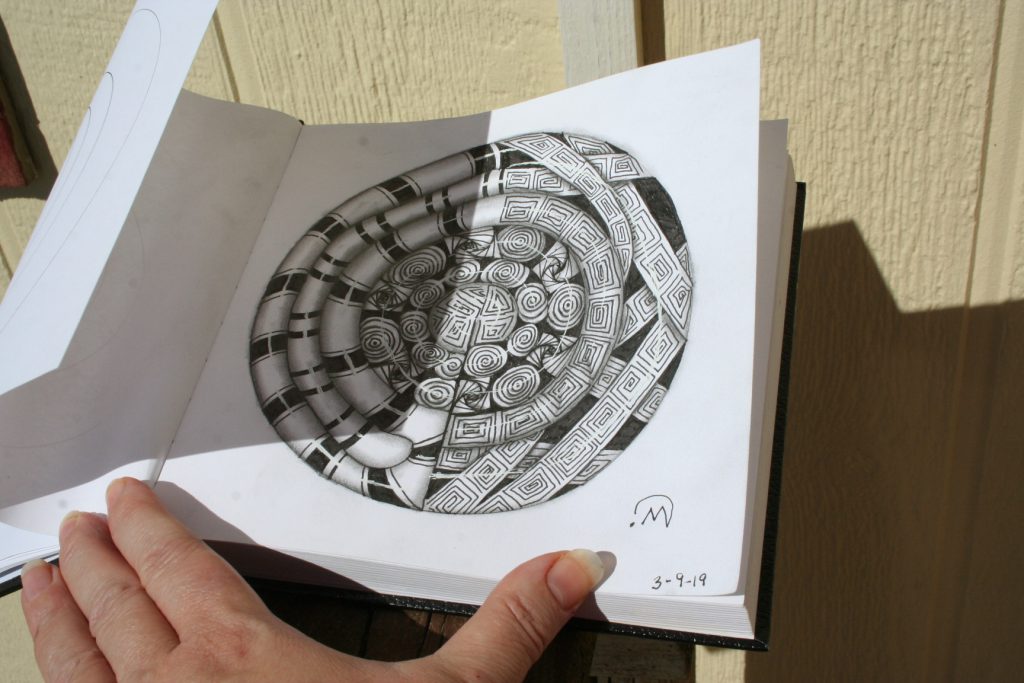 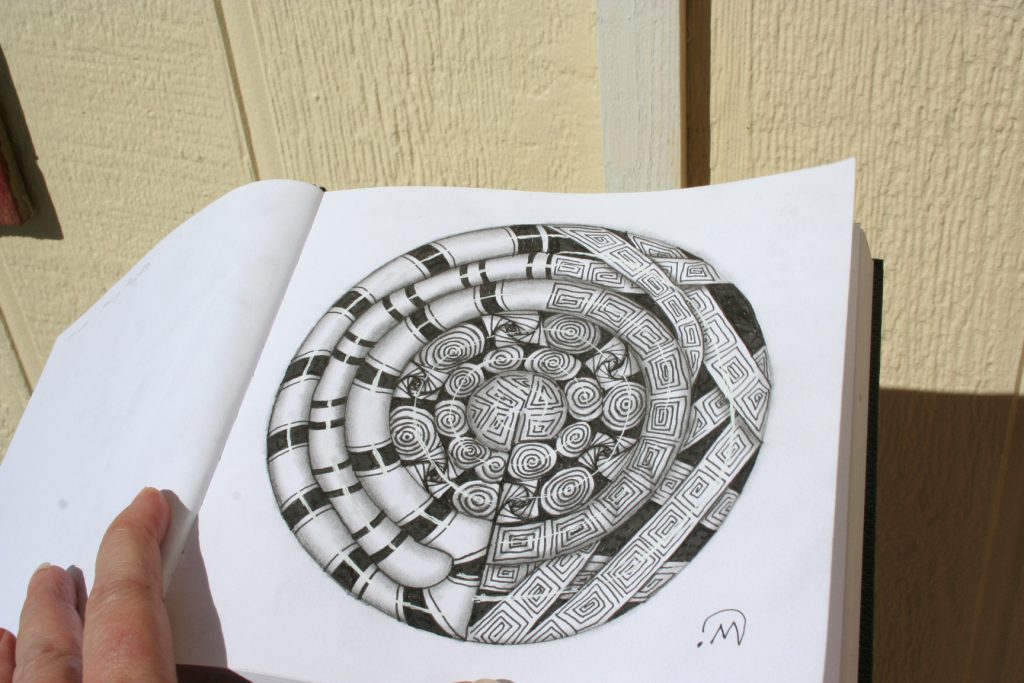 So, where would you have add more shading? I think around the outer most ring on the right with Ambler. Where else? I guess maybe shifting to a softer pencil may have helped too. What are your thoughts?

There was no Diva Challenge this week. I hope Laura feels better soon and can get back to using her hand without pain. I really appreciate you stopping by and am encouraged by any kind comments left.