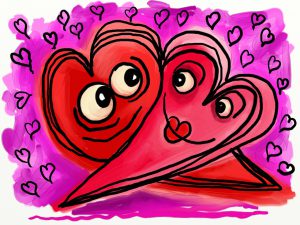 The other day I was scrolling through facebook and saw a post from Lisa of Club31 Women, sharing a recent article on her website. The article was a follow-up to one she had shared previously. The first she shared was about seven things she does every morning that enable her to have a better day than if she doesn’t do them.

The second, which is the one that I wanted to bring to your attention, is about what her nighttime routine looks like.

Lisa is pretty amazing because she pretty much has her evenings all planned out beginning at around 5 o’clock. This all reminds me of what I learned back in the days when my children were young and I found Flylady. Flylady actually suggested having these same kinds of routines. Flylady goes as far as laying out your clothes during your nighttime routine and of course, shining that sink.

I’m guessing that you are wondering why I’m mentioning this on Monday, which is my day to talk about marriage. You see, in Lisa’s ‘evening routine’ she has time built in to spend with her hubby. It isn’t intimate time per se, nor is it time to have an in-depth conversation about an issue but it is time to snuggle and enjoy being a wife.

So, from what I’ve gathered from these two posts is that Lisa has one time that is specifically couple time and one time that is chill time, which can include watching a show with her hubby but could just be reading a book, unwinding at the end of the day.

I guess the point of me sharing all this is that I’m seeing that I need to make some times during my evening, that are set aside as Michael times.

At least 30 minutes each day, where we can sit, snuggle, and connect. I think he will appreciate a computer-less, craft-less, book-less me, sitting with him.

Oh, I guess I should point out that the article I’m referring to is actually a small blurb and then a shortish video of Lisa sharing her thoughts. I recommend you taking the time to watch the video. Even if you aren’t in the same season of life, I believe you may still be able to benefit from some of what she shared. I know I did.

Now hopefully I’ll act on it and make it a part of my life.