First things first! He’s Here!!!! I’m officially a grandma! Liam arrived Monday night at 9:27 central time. Whew! He was quite stubborn and did not want to leave the warmth and safety of his mother but he was finally extricated and is a sweet, healthy little bundle of joy. He weighed in at eight pounds two point nine ounces and is twenty-one inches long. I don’t have any pictures on my computer yet, so I’ll share some on Friday.

Now, onto the Diva Challenge for this week. It lived up to its name for me this week. The challenge is to do a tile using just Meer and Auraknot tangles. Well the obvious way is to put Meer on the strips of Auraknot but that is what Laura did and I try to do something different. I almost went for white on black tile but since that is so hard to shade properly and I was low on time, I decided to go with the standard black on white tile.

I wasn’t sure what to do. Thought of using Meer for a frame for one big Auraknot. Then I thought of threading Meer through Auraknot like Maria did the ribbon in the tangle video. Then I thought about doing some meer “bars” and having auraknot in the background. Then I decided to just start with the simple beginning of any Zentangle tile by putting the dots in the corners and drawing the border lines in pencil. Then I proceeded to draw a string. I thought I might put an auraknot in each section and use meer as the dividing lines.

So I drew the string. And then I used the lines of the string as one of the lines of meer. Hmmm, I just remembered as I type this that I think Meer is supposed to have small orbs along the outer edges and I always forget that. Oh well, I guess I have a Meer variation.

Then I decided to make each section between the lines of meer one of the points of auraknot and have one big auraknot under meer. I also decided to skip two sections when drawing my initial connecting lines instead of the skipping one section.

Here is the unshaded version of my duotangle. 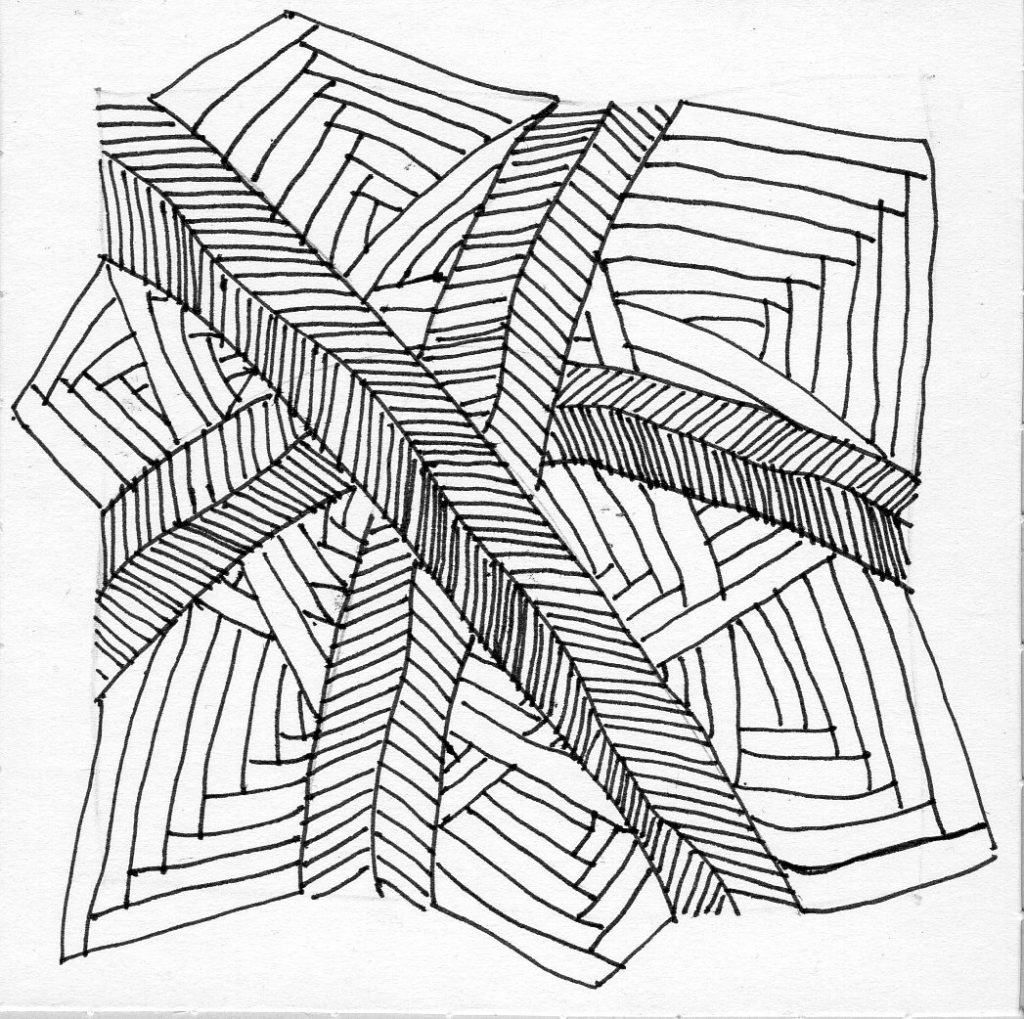 I like how the lines on meer help with the shading right from the start, if you put the closer together on one side than the other.

Here is the shaded version. I have to say though that it looks much more shaded in real life, contrary to this picture. I really should do my tiles earlier in the day so that I can have time to add more shading after scanning and have the time to re-scan it. But I am an excellent procrastinator and wait until way too late to get started and run low on time before I need to go to bed. The way it is, I’m already staying up late to get this ready for publishing in the morning.

Oh well. Without further adieu, here is the finished tile. 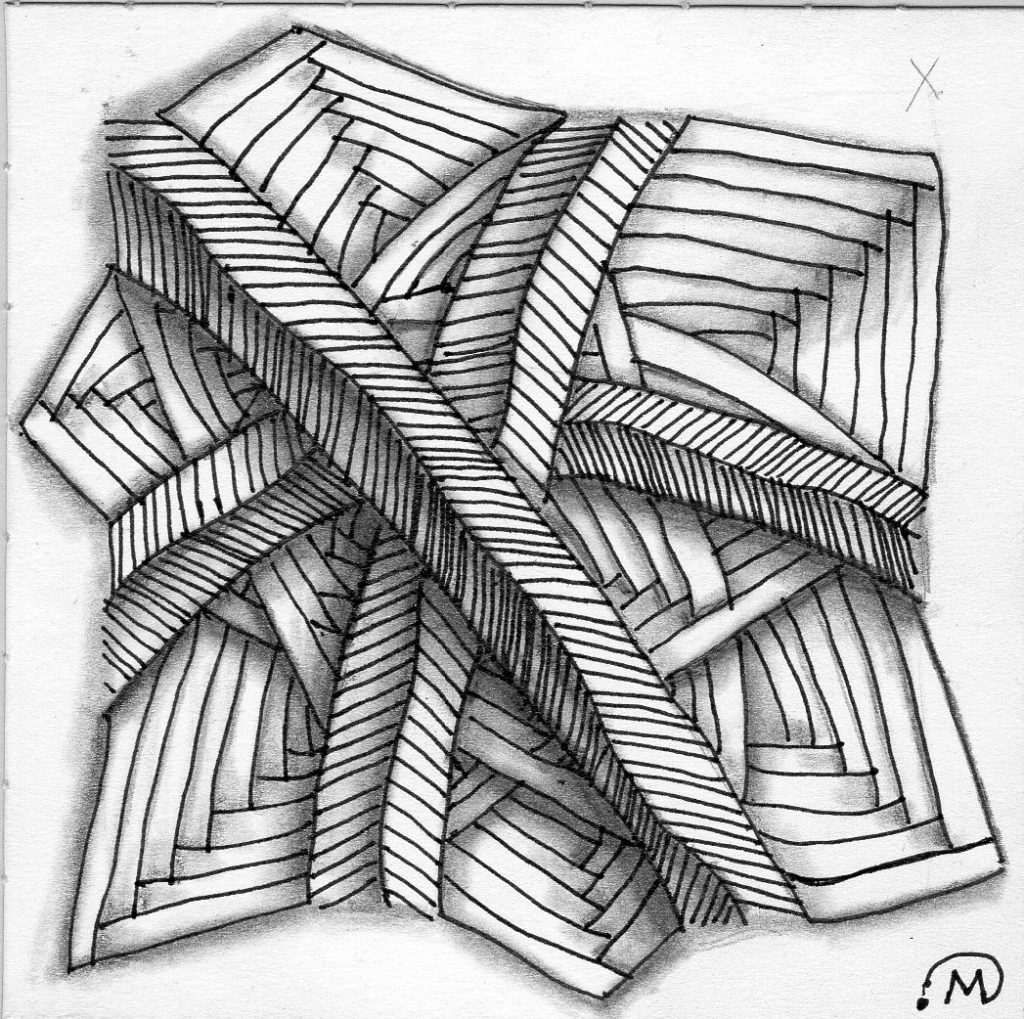 I’ve re-scanned this using a higher dpi to see if it shows better and I’m not sure it made any difference. I may have to take a picture of it outside later in good lighting, assuming it doesn’t rain. 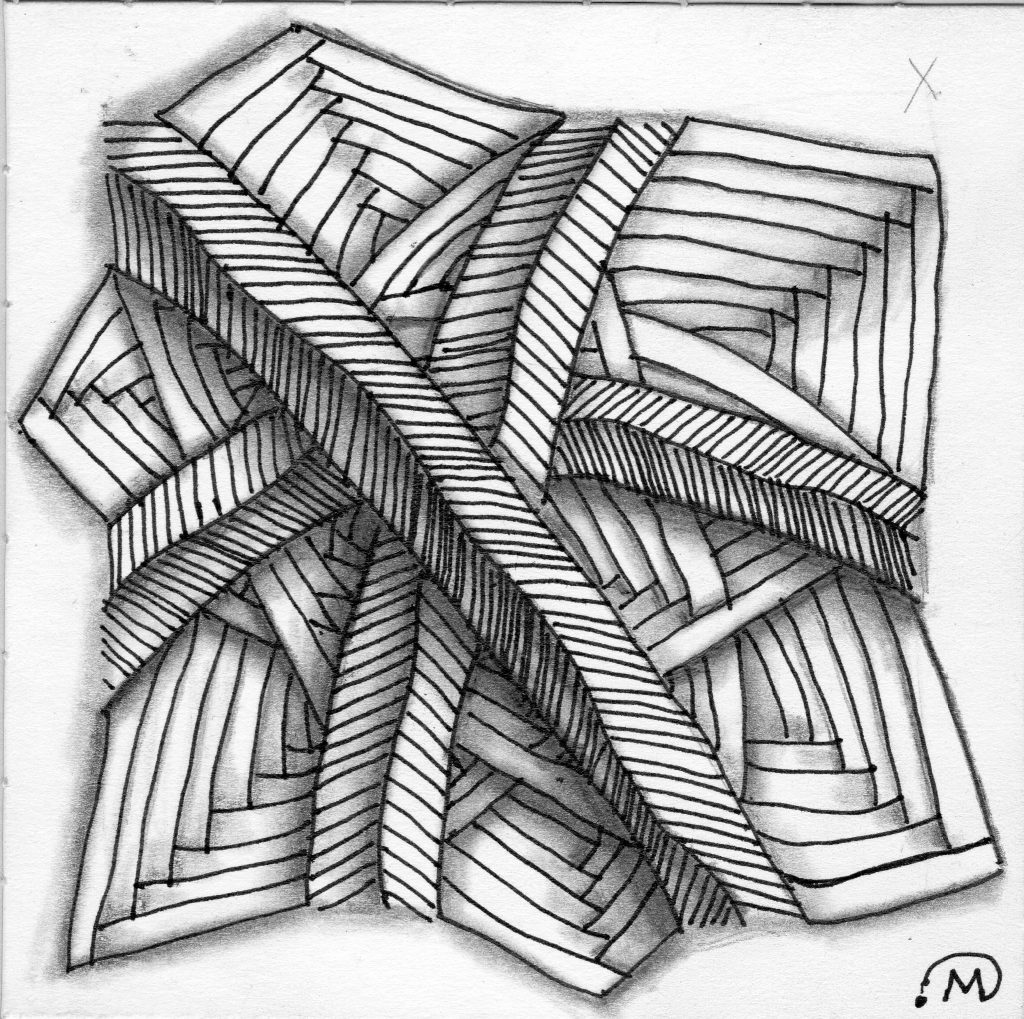 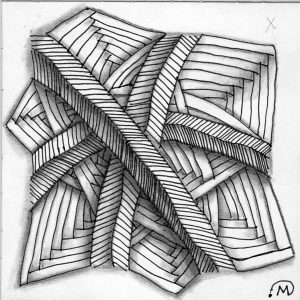 Maybe smaller would look more accurate? It sure makes me wonder how much shading Eni and Lily actually do. I think this looks very shaded in real life but not here so if it looks that much lighter, theirs must be really intense.

I give up for now. Maybe I’ll think of something else later.

Thanks for all your sweet, kind, and encouraging comments; they are greatly appreciated.