This week’s prompt for Today’s Tangles: Keeping it Classic (#TTKICPrompt052719) suggested we make a string with two lines. We were also to add some tangle enhancers. I wanted to add perfs but just felt like it would have been pushed and not a natural progression.

Here’s a picture of my string. 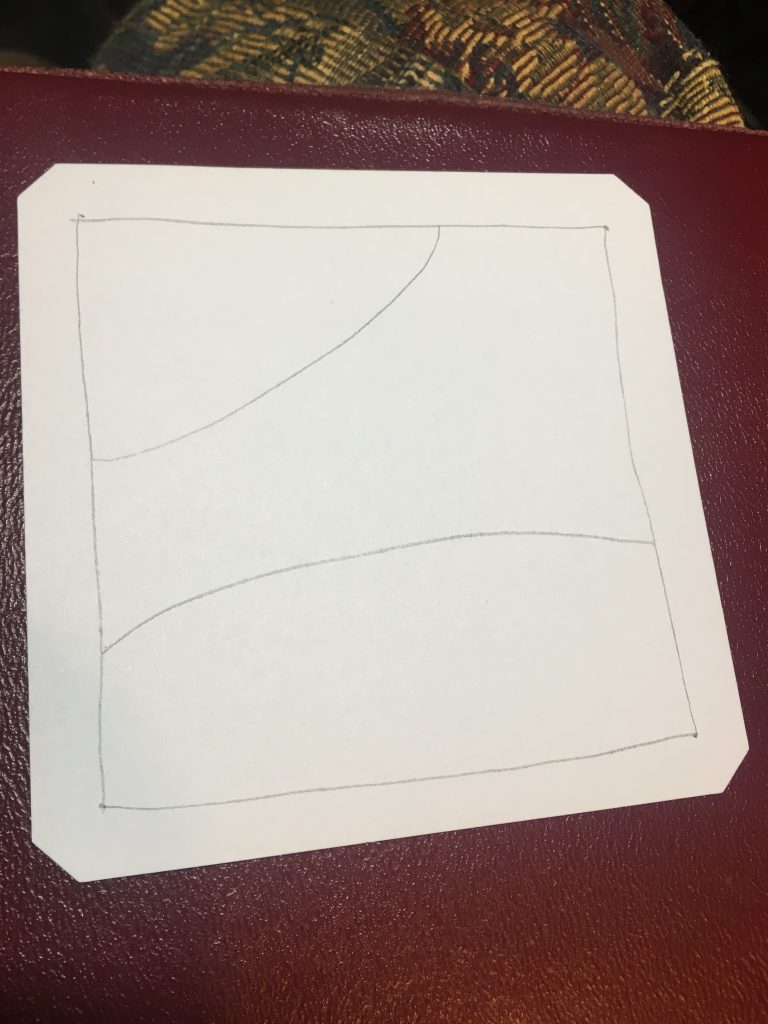 From the list of suggested tangles, I chose DooDah first because it is new to me and it looked very simple. I hadn’t used Purk in a long time, so it felt like a good one to use. I chose to use hollibaugh for the last tangle, as it is a favorite. The first two I chose to draw rather large.

Here’s a scan of my tile before shading. 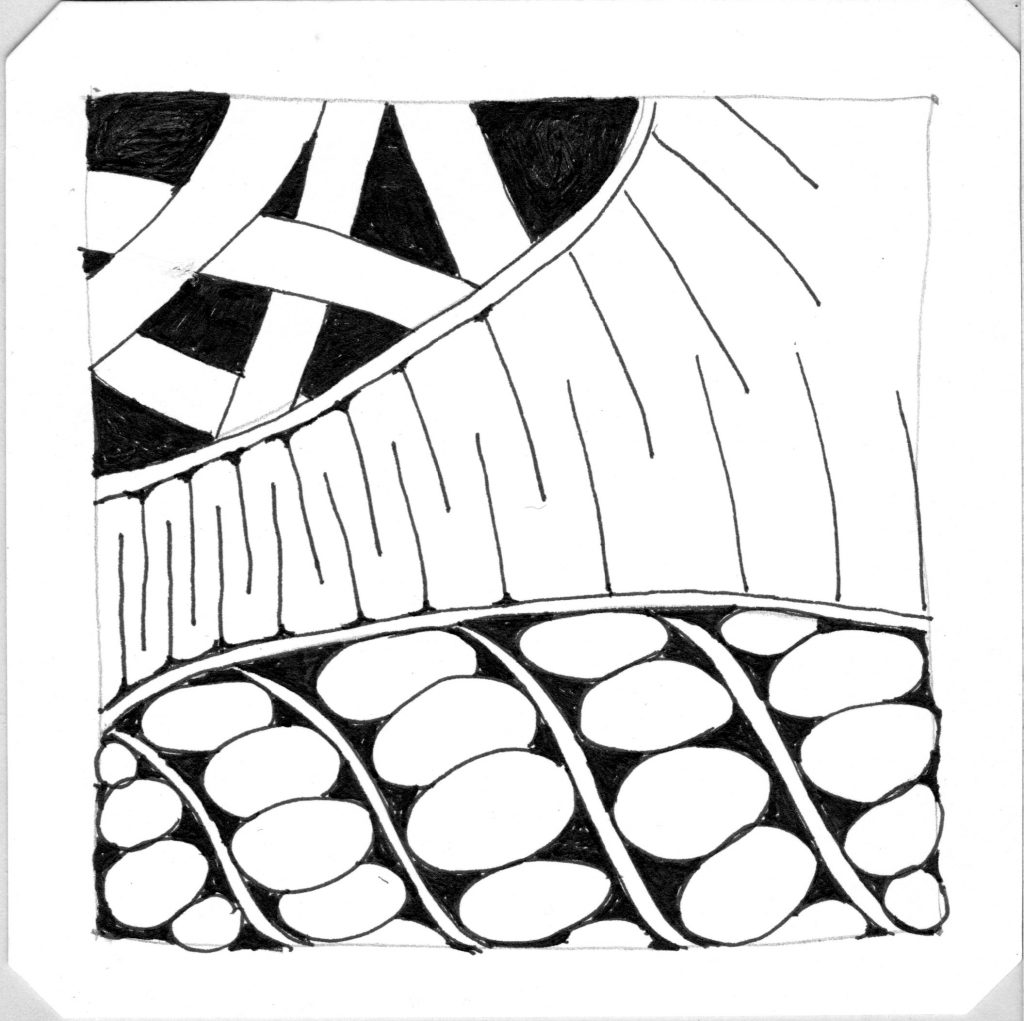 Here’s a picture I took outside but it was a bit overcast, at least it wasn’t raining. 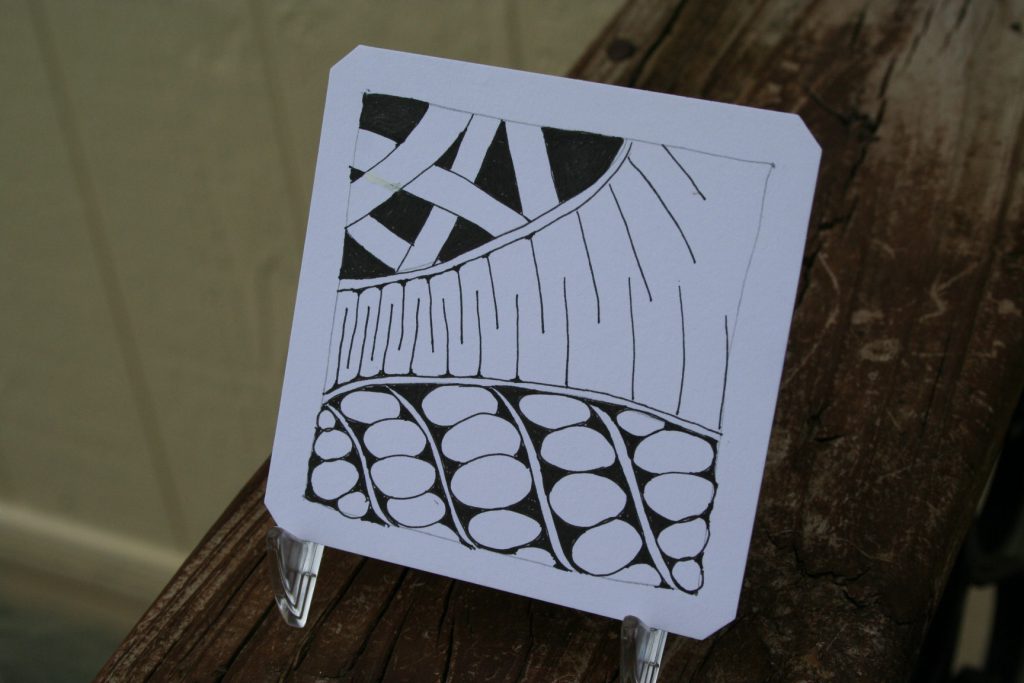 I think that the space I tangled DooDah could resemble a zipper opening.

As you may be able to see, I used rounding (at least I hope that is what it is

) on the left end of DooDah. The only other enhancer I used was shading. Maybe I’ll feel more like adding some next time.

Here is the scan after shading. 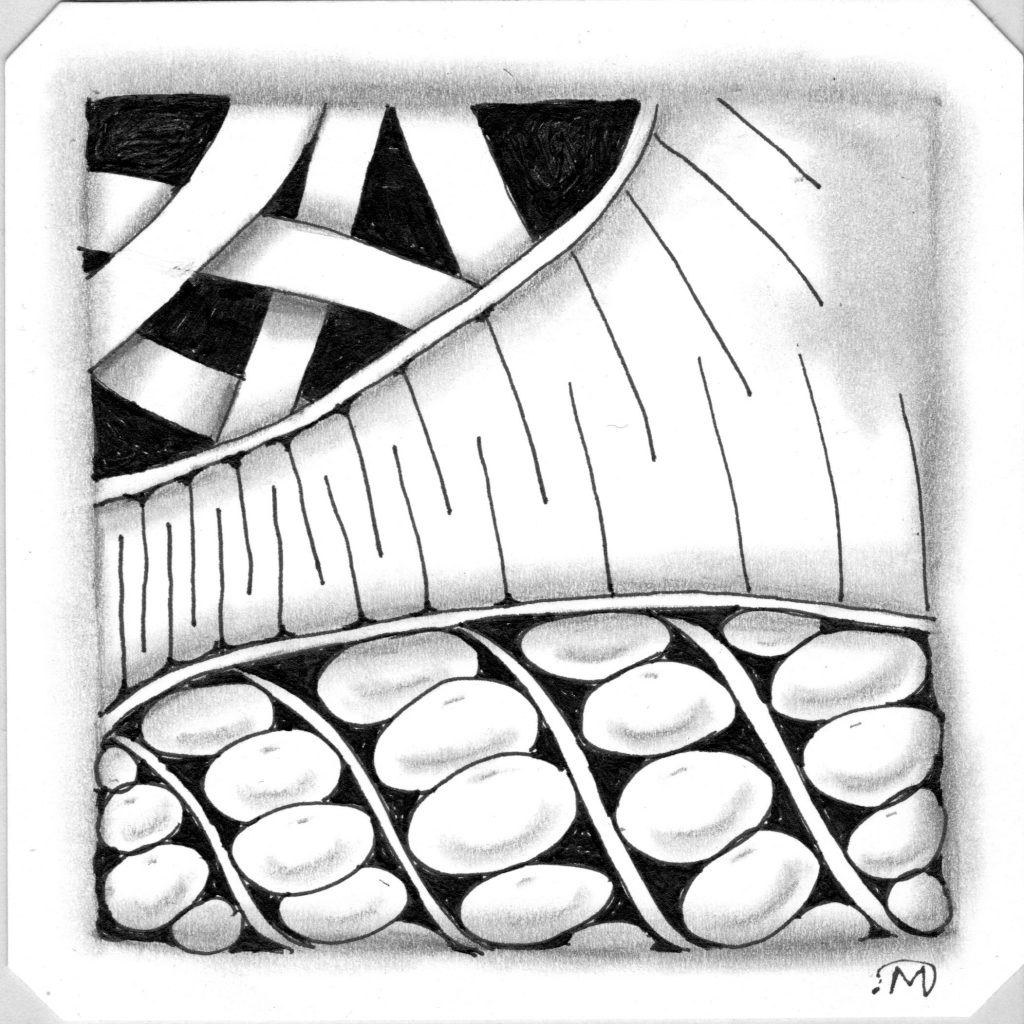 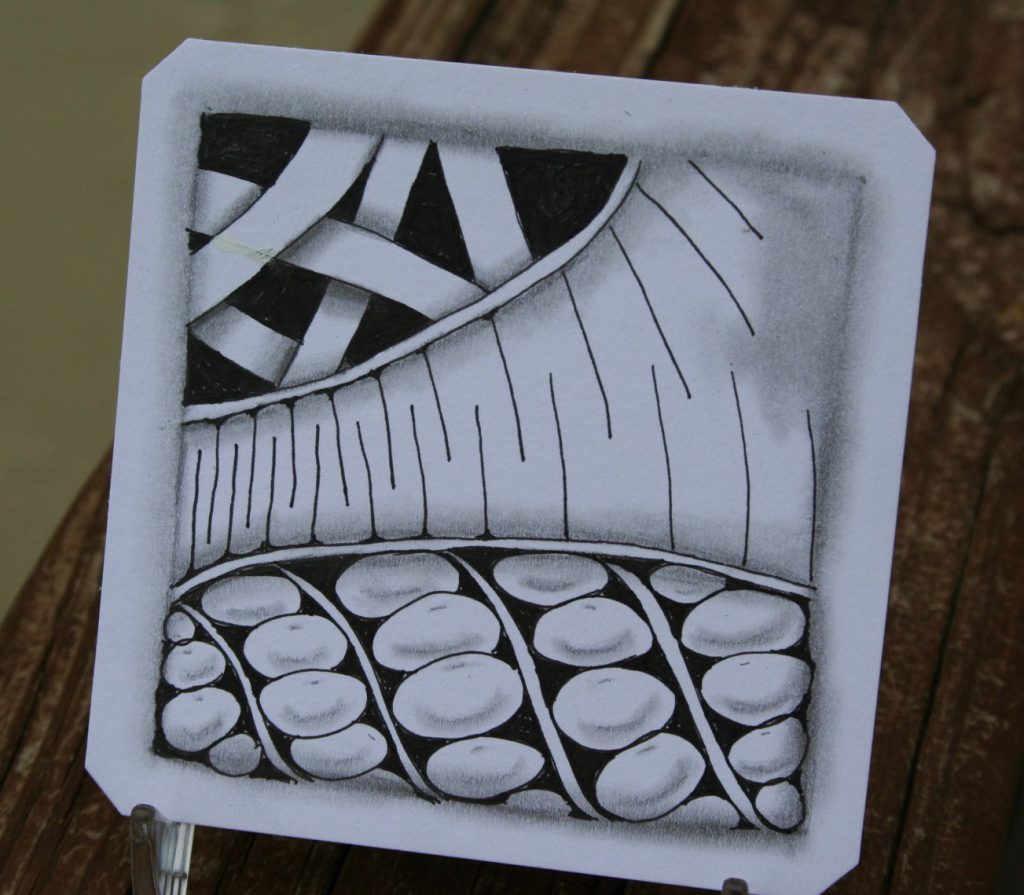 Well, that’s it for me today. Tiffany’s birthday is this week and so between that and helping my parents pack to move, it’s a bit busy.

I hope you have a good week.