Well, this week’s Diva challenge is a DuoTangle, which is a tile with just two tangles in it and the two Laura has chosen are Flux and ‘Nzepple. Since it is a specified duotangle, I could not combine it with any other challenges or focuses.

I happen to really like ‘Nzepple. It was hard for me to get a hang of drawing in the beginning but once I realized you were just re-drawing each triangle section but rounding the corners, it got much easier and became a favorite.

Flux on the other hand is a little different, although if I use Rick’s version, I do a lot better with it.

I had a hard time getting inspired with anything other than what Laura did. Then I decided to put ‘Nzepple on Flux. Then I decided to embrace the fact that I would be unable to get ‘Nzepple the same size on all four Flux shapes. I intentionally did the grids different sizes.

Here is the unshaded version. 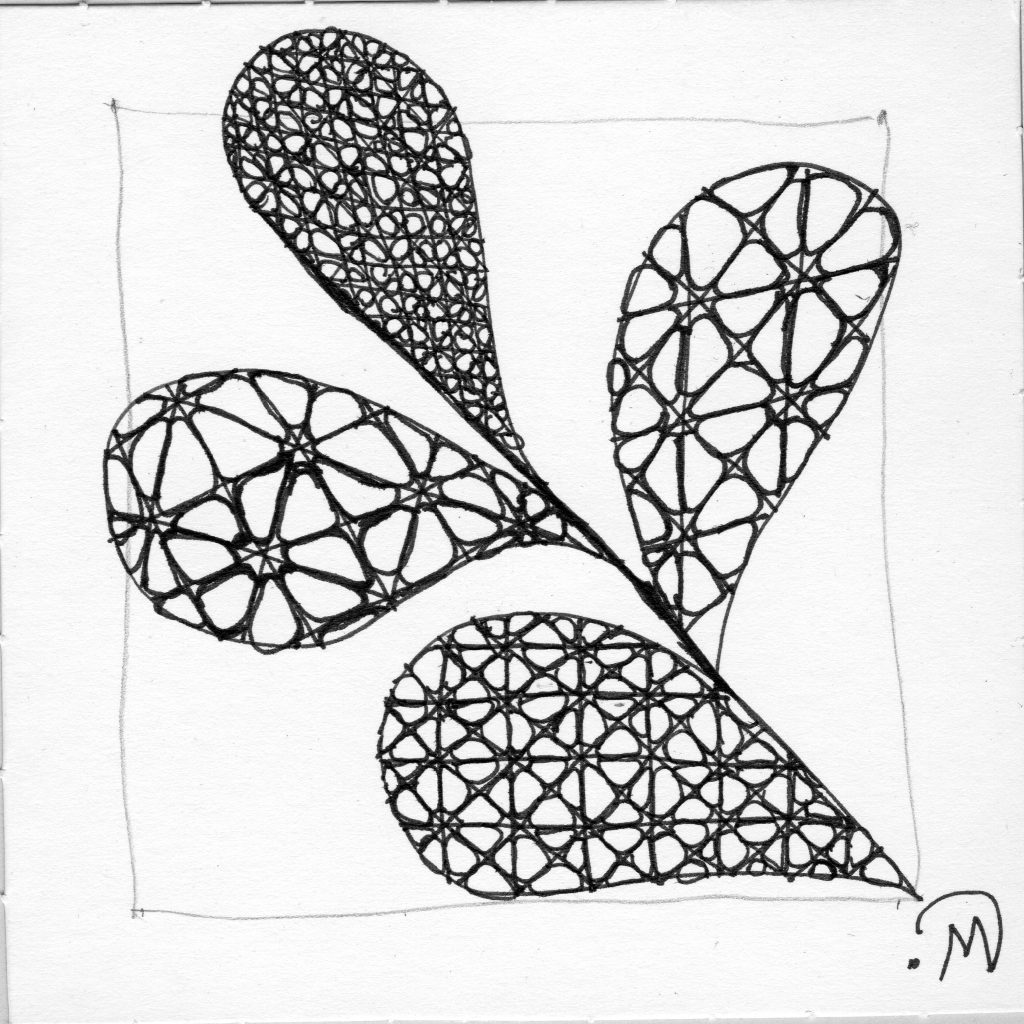 The really tiny gridded ‘Nzepple turned out a bit more wonky than the others because I really need a magnifier but I sit in my recliner when I tangle and it just is not conducive to using something like that. So, the smaller I tangle the wonkier it gets.

I added some shading and probably should’ve take a scan or picture of it but I didn’t.

I decided it needed something else but wasn’t sure what. I ended up penciling in an ‘Nzepple grid as a border and decided I liked it well enough to ink it in. I tried to just ink in the ‘bubbles’ but it didn’t look right, so I inked the border lines.

In the end, I added more shading and some overlap and it turned out ok, although a bit too busy. 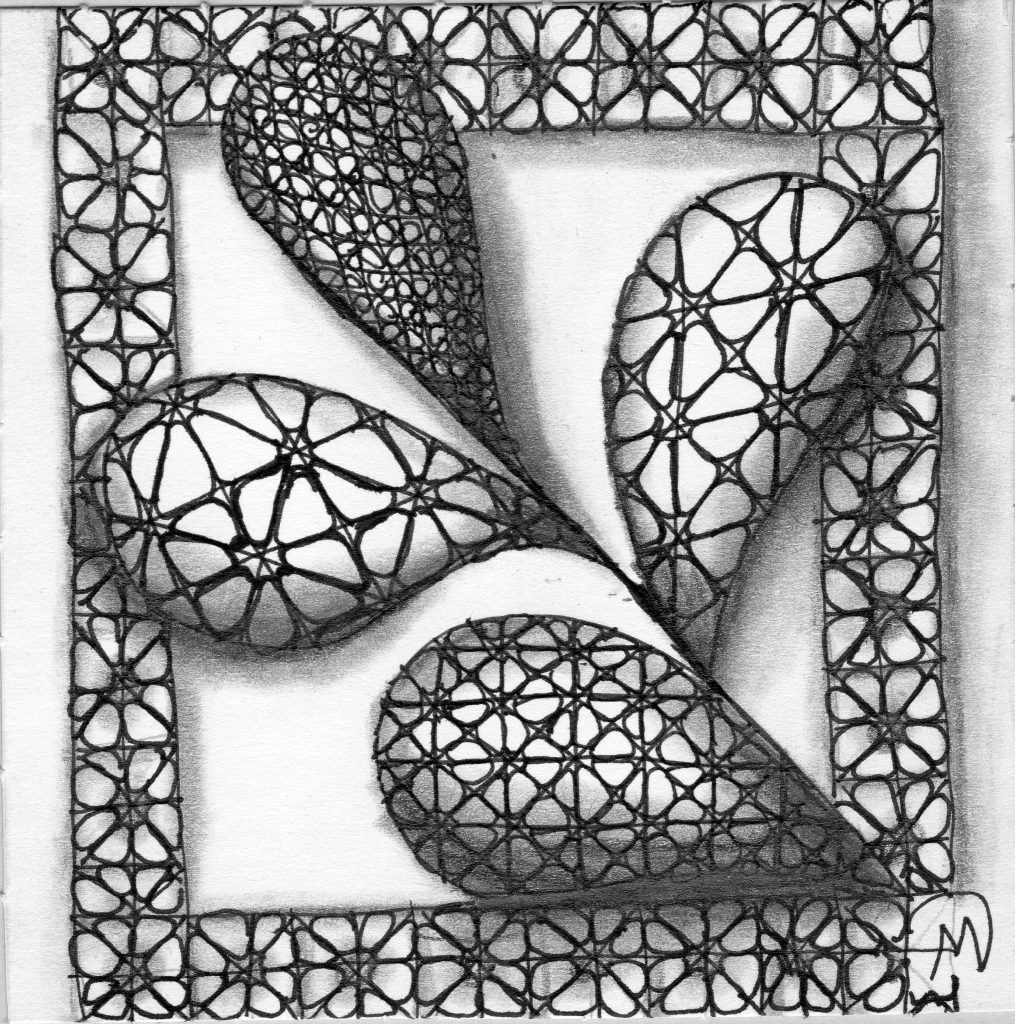 Any suggestions on how to improve the shading?

Thanks in advance to those that take the time to leave a comment. It is really encouraging!