Well, here I am again bright and early on Tuesday morning with no pictures of any food! Ugh! When will I learn?

I guess I’ll fix me some hash browns in a little while and take some pictures as I do. Is it hash browns or hashed browns?

I want to share a few tricks I have for getting them done AND crispy.

My family likes the crispy part, like the ones you get in that famous fast food store.

Shred about one potato for each person. I use the large hole grater. 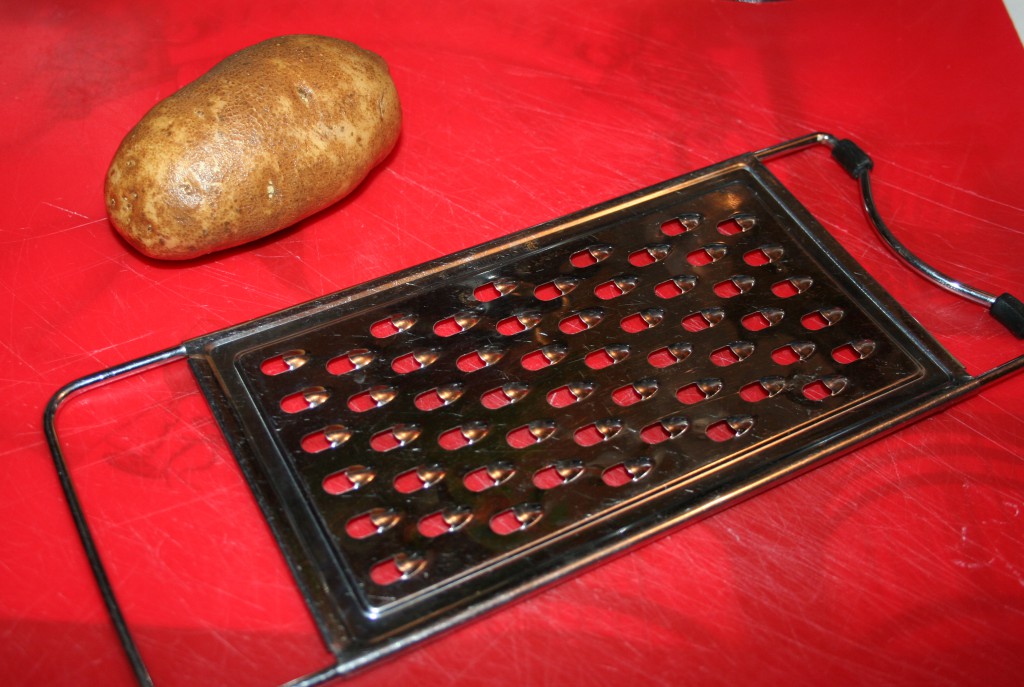 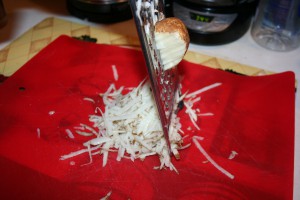 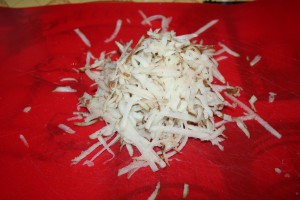 Heat oil of choice, I prefer coconut oil, over medium high heat in large skillet; I prefer cast iron. (Here I’m using my small 8″-ish skillet so I can show you how to get them crispy when they are piled in the pan but usually I would use my 10″-ish skillet, so they get done quicker.) 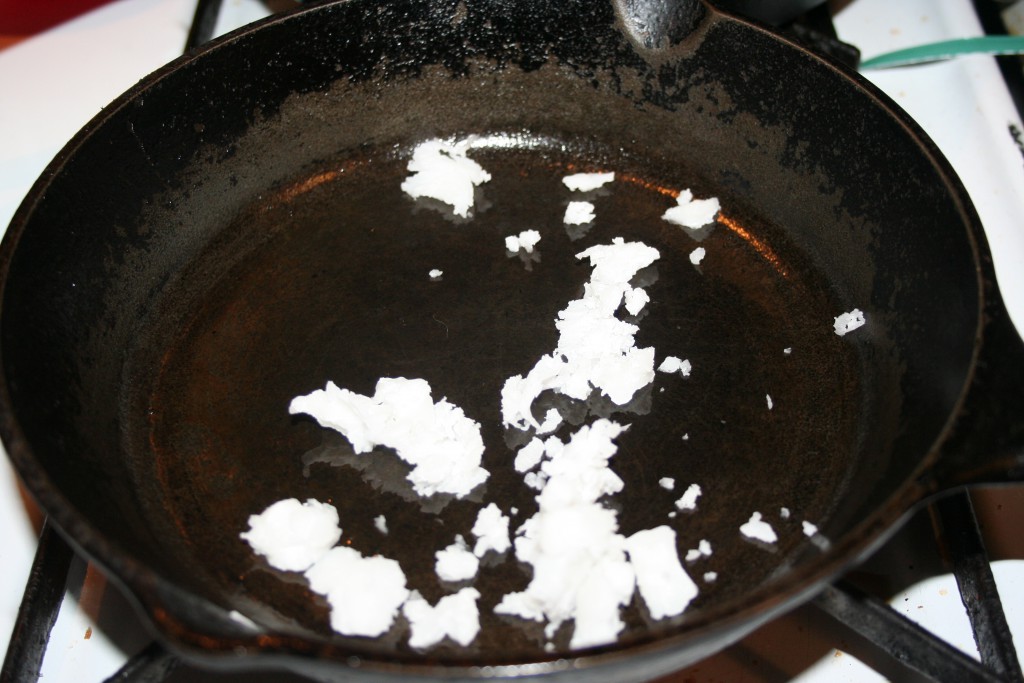 Spread shredded potatoes in the skillet evenly. Season with salt and pepper as desired. 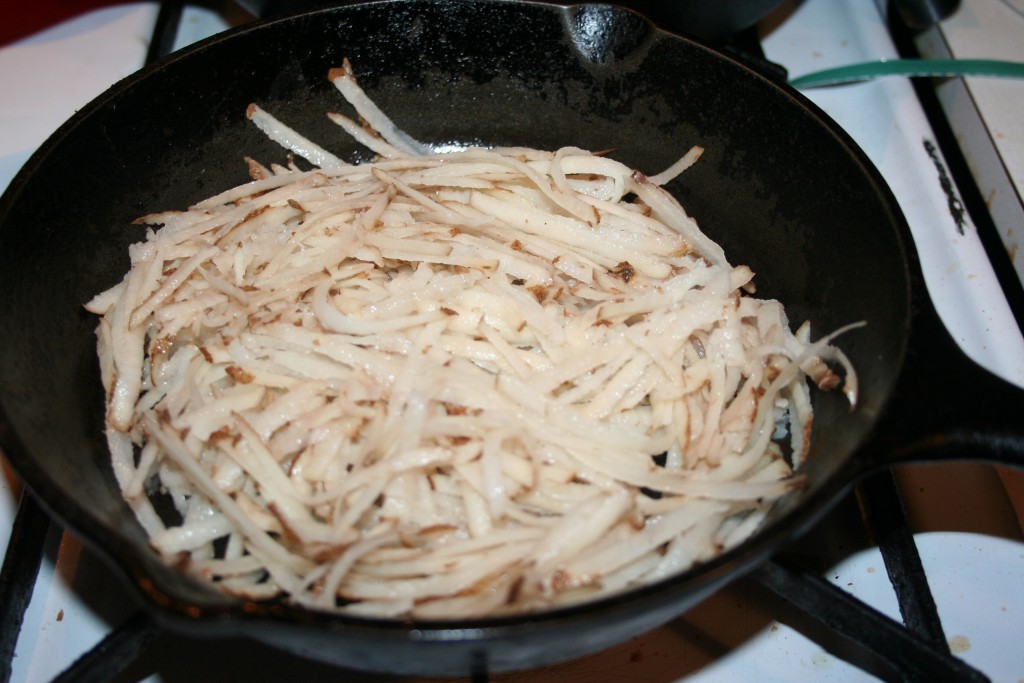 Cover with lid. This is one of the secrets to getting them done without taking forever. Check in about 5-7 minutes. You want them to be golden brown on the bottom. When they are crispy, remove the lid, and flip so that the crispy side is up and the soft side is on the bottom of the pan. If the skillet has become dry, add another teaspoon or two of oil.

Cook this side with the lid removed! This keeps the crispy side that is up, crispy but if you put the lid on, it will soften the crispiness of the potatoes. Cook for about 4 minutes or so, until the bottom is nice and golden crispy.

Now for the tricky. If you have a LOT of potatoes in the pan and there are not enough crispy parts, put your spatula under the crispy top hash browns and move them to the side, exposing the soft potatoes underneath. 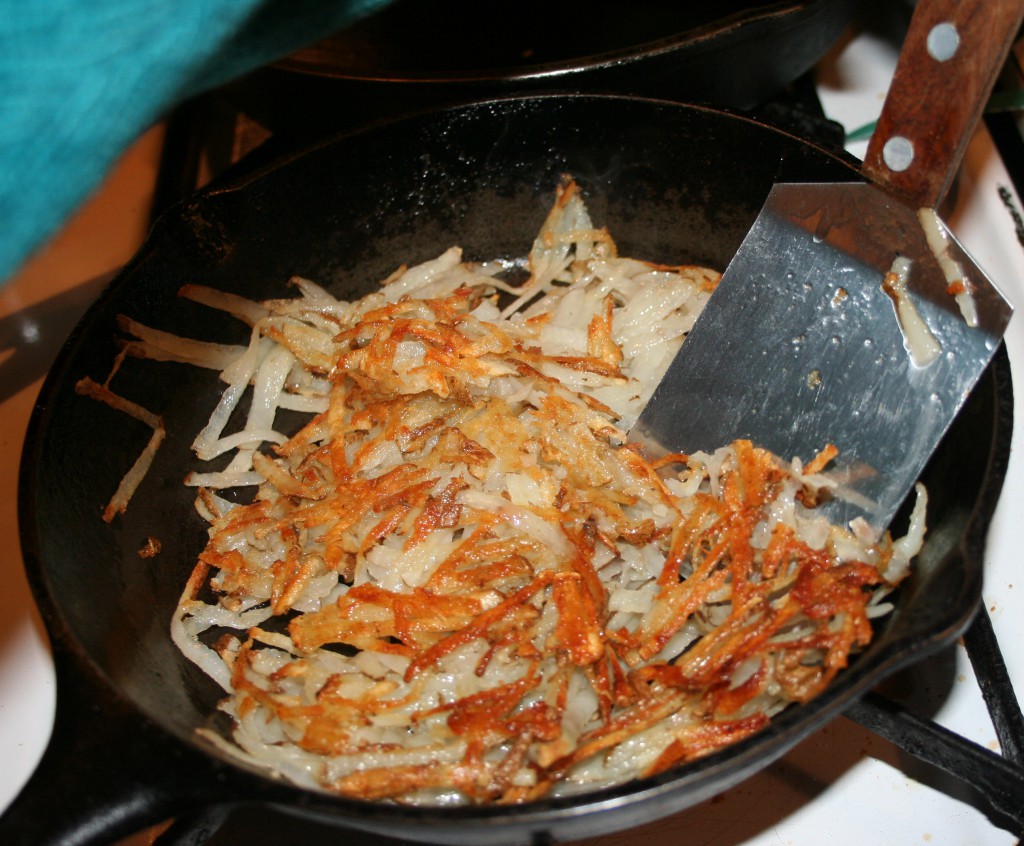 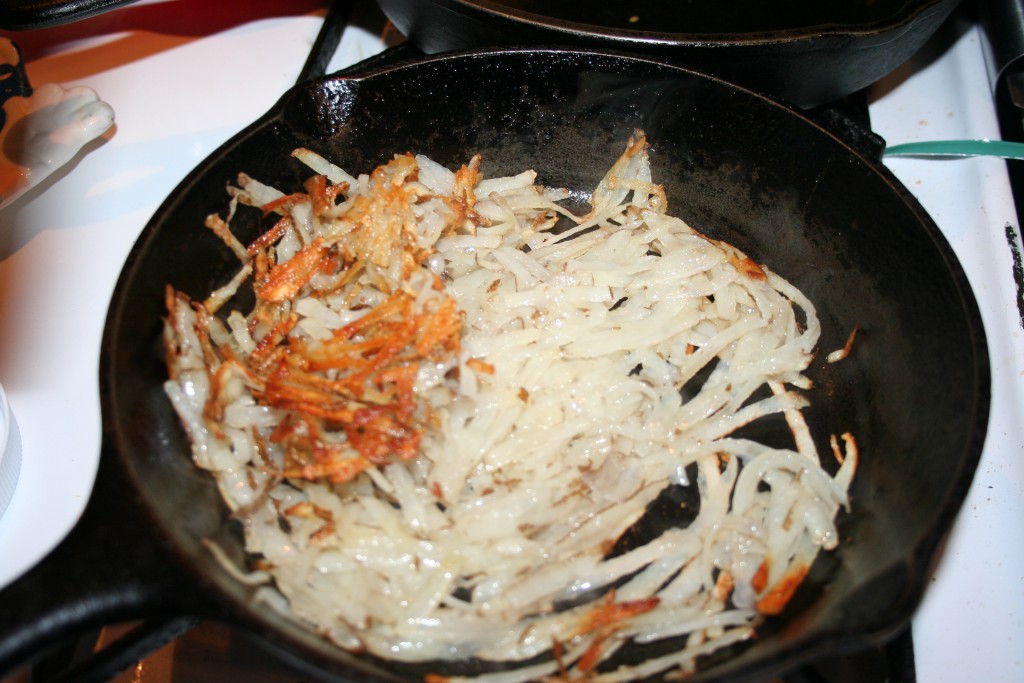 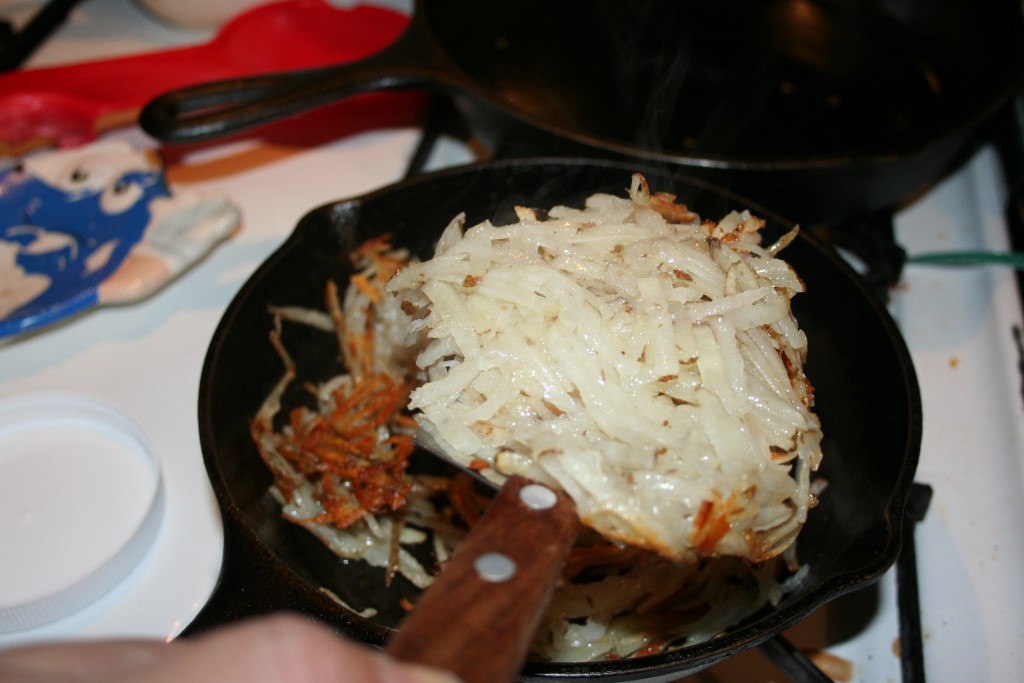 Crisp this side now too. Continue this process until your potatoes are desired crispiness. 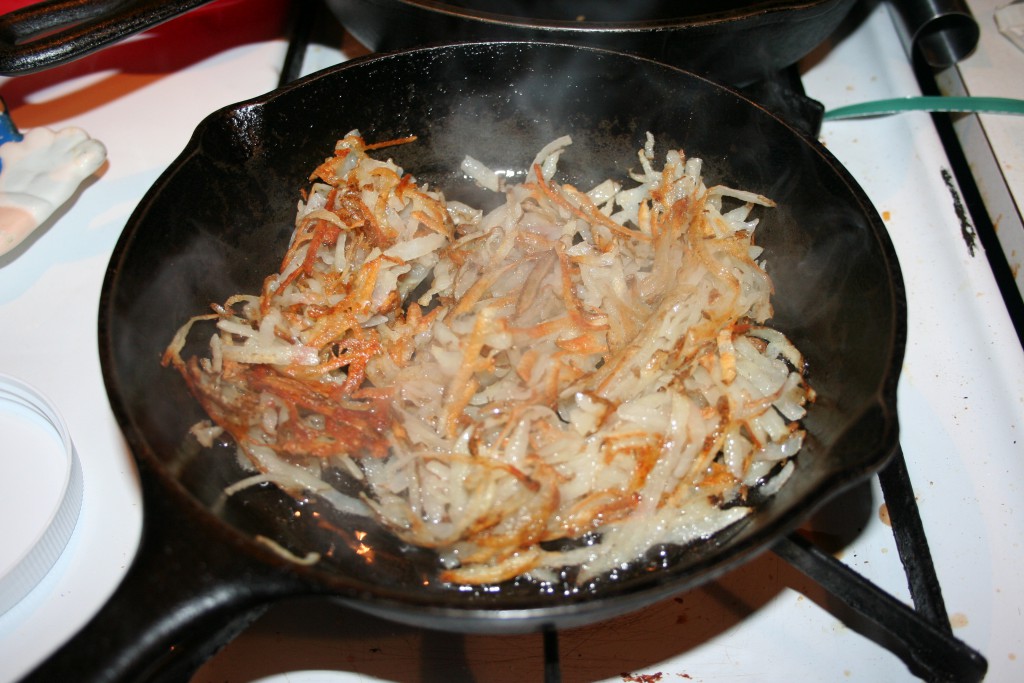 I hope the pictures help you follow what I was saying. Now that I’ve created this method for getting nice and crispy hash browns my challenge is not crisping all of them and actually having some soft potatoes left between all the nice crispness. 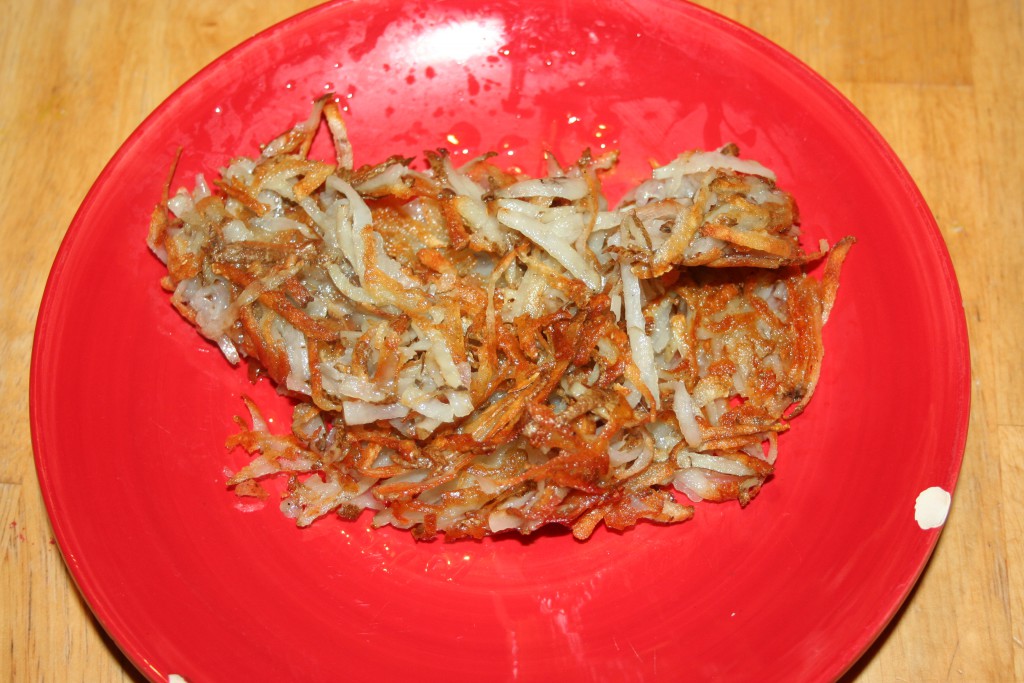 I know, not the best picture and the plate is chipped, but hey, I’m just being real here.