We got a copper pot from Aldi several months ago (it seems like a very long time ago but I don’t remember when it was). It was desperately needed, as the pot we had of that size was pretty scratched. However this is my first copper pot and I don’t know all the ways of such a thing. I figured I could just use it like any other non-stick pot.

Here’s a picture of the copper pot that I used to make the chocolate ganache for the Suzy Q cake last week. 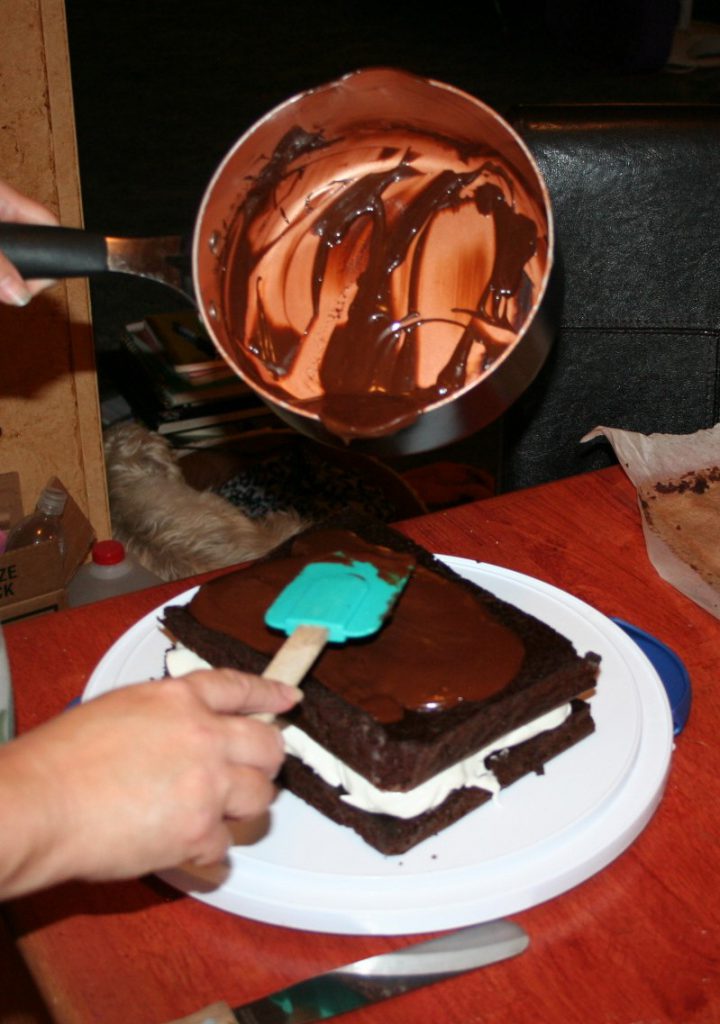 A few weeks ago Tiffany made the pizza sauce in it and it tasted off. I just thought she didn’t season the tomato paste properly. Then the next week the same thing happened. Then last week I made the pizza sauce in the copper pan and it tasted nasty. I had to add and add and add things to make it edible. I wondered if something happened to the tomato paste we got at Aldi recently. It was weird.

I realized that these last several times were the first times we’d used this copper pot for pizza sauce, I think. So we decided to use a different pot last weekend. It still had a bit of an odd taste, according to Tiffany, but not anything near as bad as the previous weeks.

So, I’m not sure yet. I’m going to have to do some more testing to be certain. But I did notice that our copper pot now has some scratches, so maybe that is what is causing the bad taste.

At any rate, this is just a notification that you may not want to cook tomato based recipes in a copper pot! Just saying!