I’ve thought it was Friday for the majority of the week. It’s both good and bad that it hasn’t been Friday yet because that has meant that I had more days in the week to get some things accomplished.

Next week is conference at our church. My family generally volunteers to help in whatever means they need. I have the honor of heading up the kitchen again this year. Oh, don’t go thinking it’s something big because it really just managing the fruit, pastries, and coffee that they church buys and provides.

I’d love to do some cooking for the people but they just are not comfortable with all that entails.

I think Tiffany and I are going to do some vlogging next week to post on youtube next weekend.

Not so great clips

Last month I got my hair cut at Great Clips. I’ve been going there for many years. The previous time I went they did a great job and I was comfortable with the notes they kept in the computer system on how I like my hair cut.

Well . . . the chick that did my hair cut it different than anyone has ever cut it. It was nuts! First she cut my bangs, which I don’t even like to call them bangs because then they do crazy stuff like they did this time. She pulled too much forward and then cut them too short. As far as the too short part, I will take some blame in that because I told her to take a little bit more off but I think she took more than a little bit more.

I’m not going to go into all the ways she did things differently. However, I will point out that she did not take very much off the top at all!!! Ugh!! I was going to go back the next week but then came down with a 24-hour bug and they guys picked up groceries. Then I called and was going to go in and get it fixed but the manager wasn’t in when I called. So long story shorter than it could be, I’m dealing with some crazy length hair and looking forward to getting it cut again next month.

Of course, that’s going to be a trial because of this botched cut.

Well, this week Tiffany needed her bangs (real bangs) trimmed and the dead ends cut off. I dropped her off at Great Clips and drove the couple of blocks to Sprouts to get the things we needed from there rather than wait for her . . . bad move. Turns out it was a male who cut her hair. Now we don’t have anything against men cutting hair, that’s what a barber is after all and lots of guys come into Great Clips. However, both men that have cut her hair have messed it up and this one was a doozy.

Remember I mentioned that conference is next week? Well now she has this to deal with. 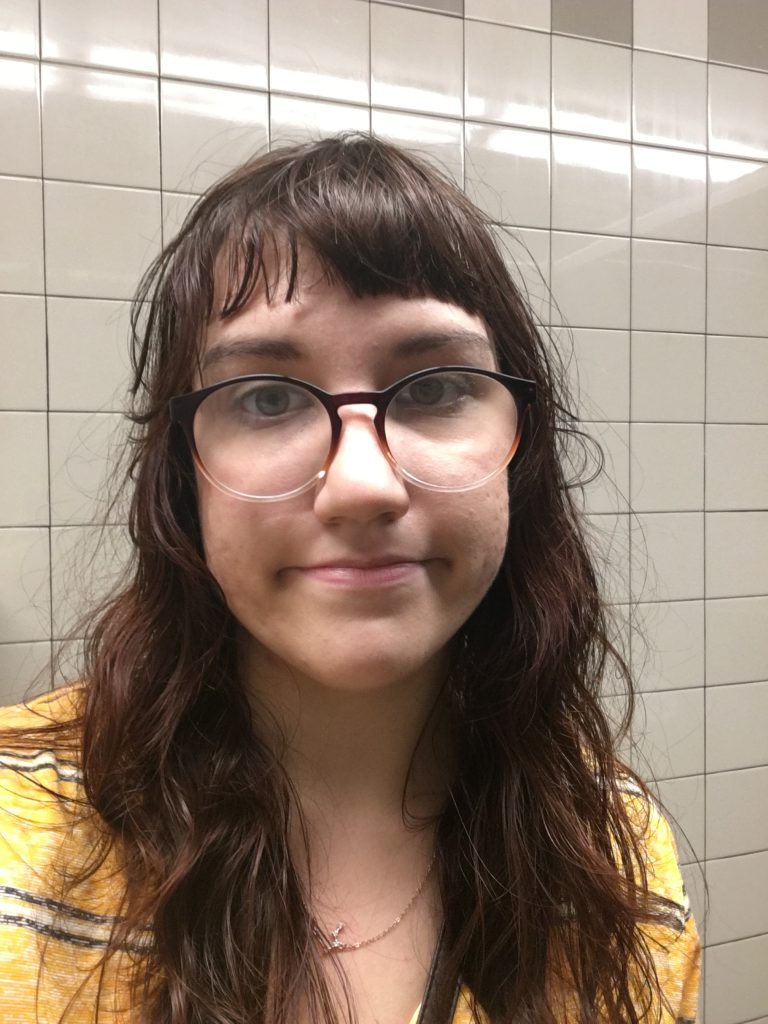 She went from this to that and with conference coming, where you what to make a good impression on people. 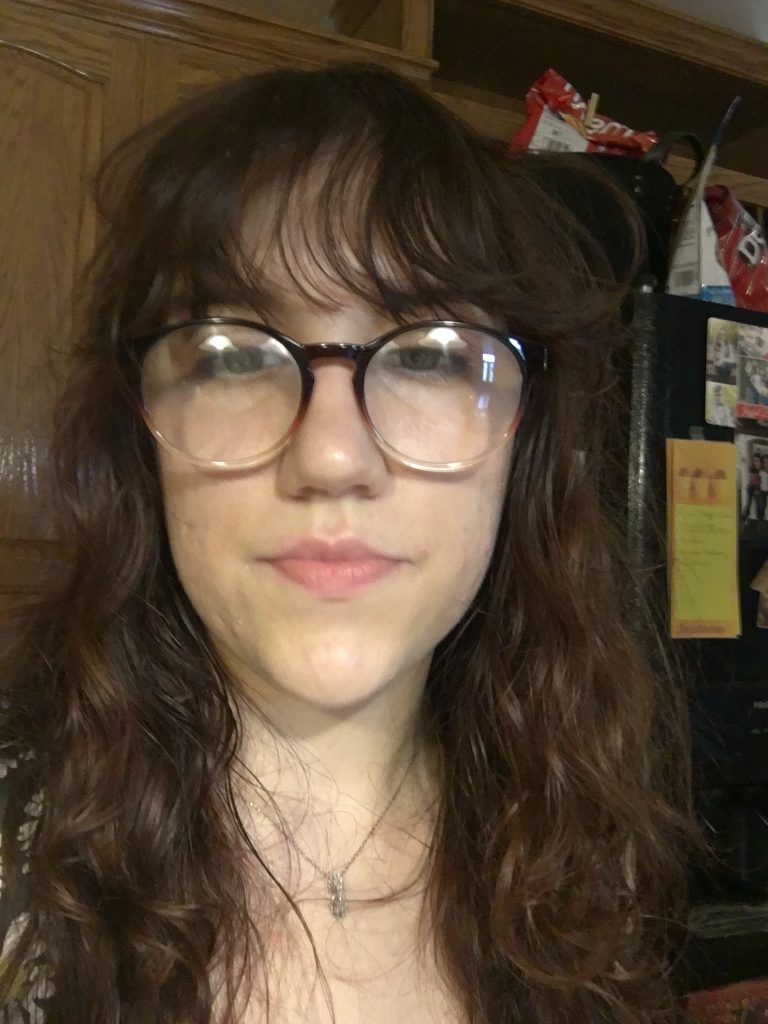 I’m going to give them one more try but if it doesn’t go well, I’ll switch to Pro Cuts or Super Cuts.

Lauren called (via google duo) this week with her own hair debacle.

She said Liam saw her cut Brian’s hair recently. Liam brushes her hair from time to time. Bottom line, she thought he was brushing her hair and she felt hair falling. Turned out, he’d cut about four inches off the bottom of her hair. She had to go and get yet another hair cut; she’d already gotten one recently in preparation for their church’s special services this week.

I think her hair looks nice but she’s very upset that she’s had so much cut off, much like Tiffany and her short bangs. Well, one thing is for sure, it will grow. Of course, it won’t be in time for conference, but grow it shall.

I’ll be doing some breakfast prep the next few days so that we can have a good breakfast and get to church on time. 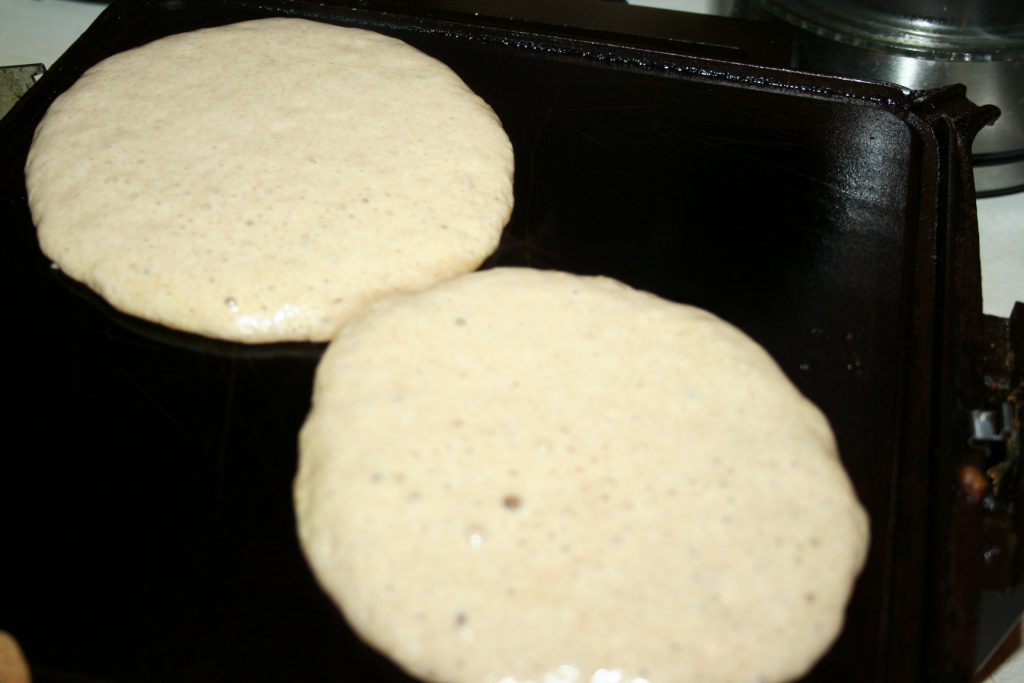 I guess we’ll just have egg burritos or something the other days.