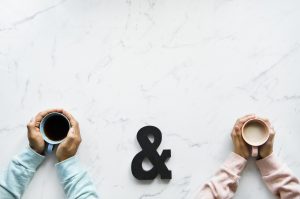 You have to ask for what you need. If you just keep going on as you have always done, things will probably stay the same. But if you are bold enough to talk about your insecurities, even though you know that you shouldn’t be insecure or that you should find security and self-esteem in God, things can then change.

People are not mind readers! Spouses are definitely NOT mind readers and it is unfair to expect them to be. They have their own stuff they are dealing with.

Even if you are met with undesirable comments when you bring up the subject, persevere because now you have informed them and now God has a little more to work with in them.

Recently I was talking to Tiffany (my 21yo daughter), exposing my insecurities about sometimes feeling unimportant. She urged me to talk about it with Michael and Sean at dinner that night but I refused. She took matters into her own hands and brought up the subject. (Since I had talked to her about it earlier that day, it had confirmed something she’d already felt she needed to do.)

The initial reactions were much as I anticipated but since then Michael has been much more attentive and helpful.

Of course, I have had some health challenges of late as well, so the extra attention could be because of that too. But it doesn’t matter, the point is, I have let my needs known which made them able to give me what I need. Now we are all happier.

I hope this encourages you to share your feelings with those you love and don’t be upset if things don’t seem to go well at first; it just might take a little bit for it to sink in and affect change.