One of the gifts I got for Christmas was 100 dice and 77 Ways to Play Tenzi card deck. I had seen someone mention this game somewhere and thought it looked interesting but one set of Tenzi dice (40 dice) would not be enough for the 6 of us to play, so I found enough for 10 of us to play.

I wasn’t sure exactly how much fun it would be because I had never played it or seen it played before but since I had some extra space on my wish list, I put it on there.

I took it to my sister Tracie’s house Christmas Eve afternoon. After a while of chatting and seeing what the kids got for Christmas, I pulled out my dice and proceeded to show Tracie what I got. I cannot remember who played the first few rounds with me but I think it was Tracie and her two girls. We were having so much fun, it drew in the rest of the group, little by little. We had a blast! Only bad thing was that I only had enough dice for 10 to play and we were a group of 11. Tracie played for a bit and then she tagged Lauren in, which was great because had she not done that, I wouldn’t have these pictures to share. Thanks Tra! 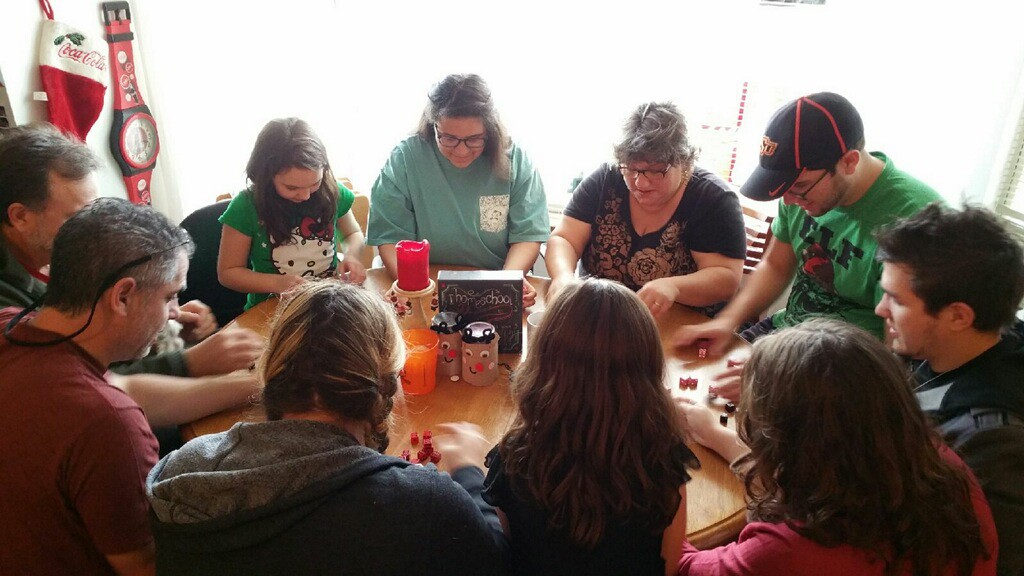 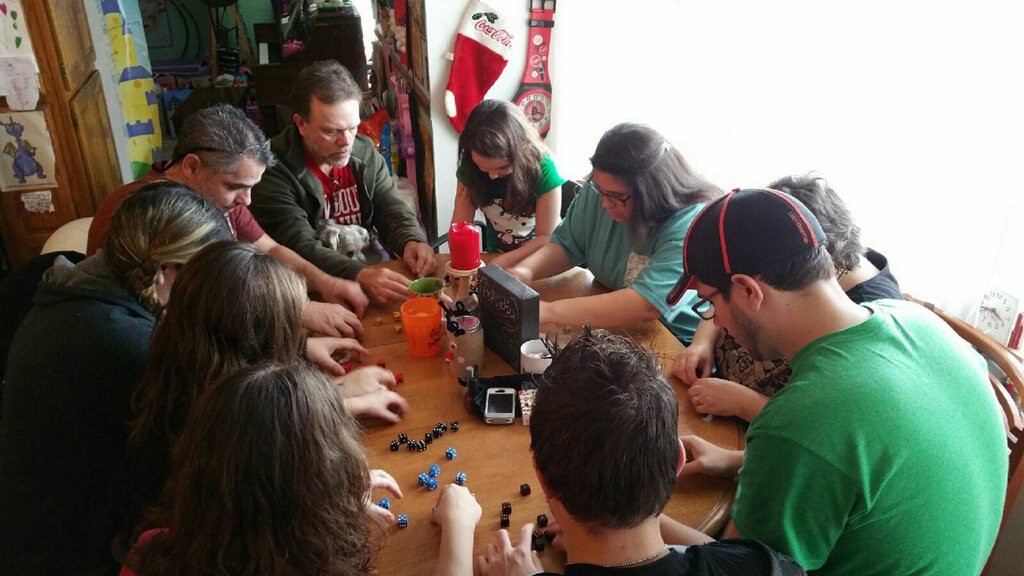 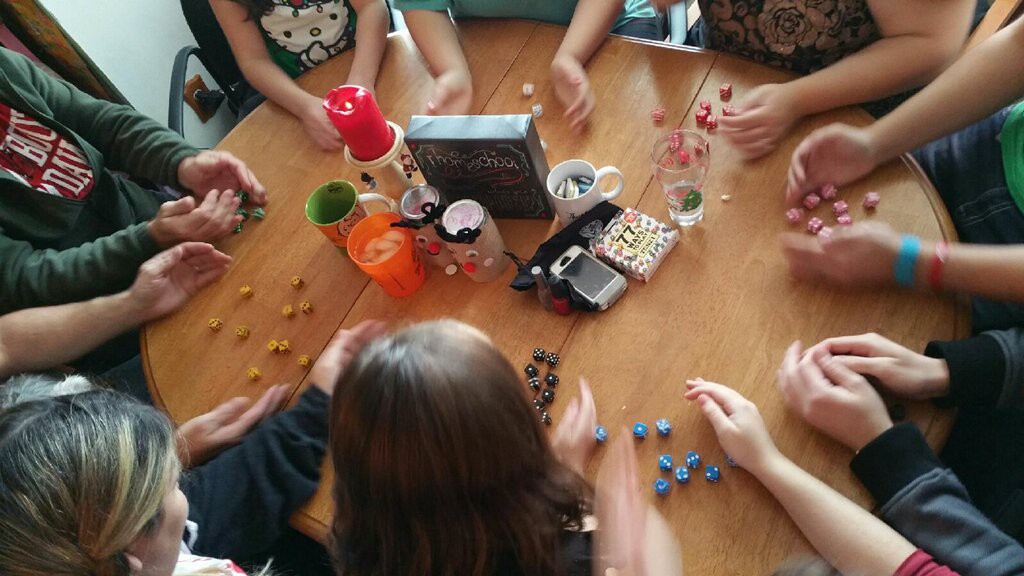 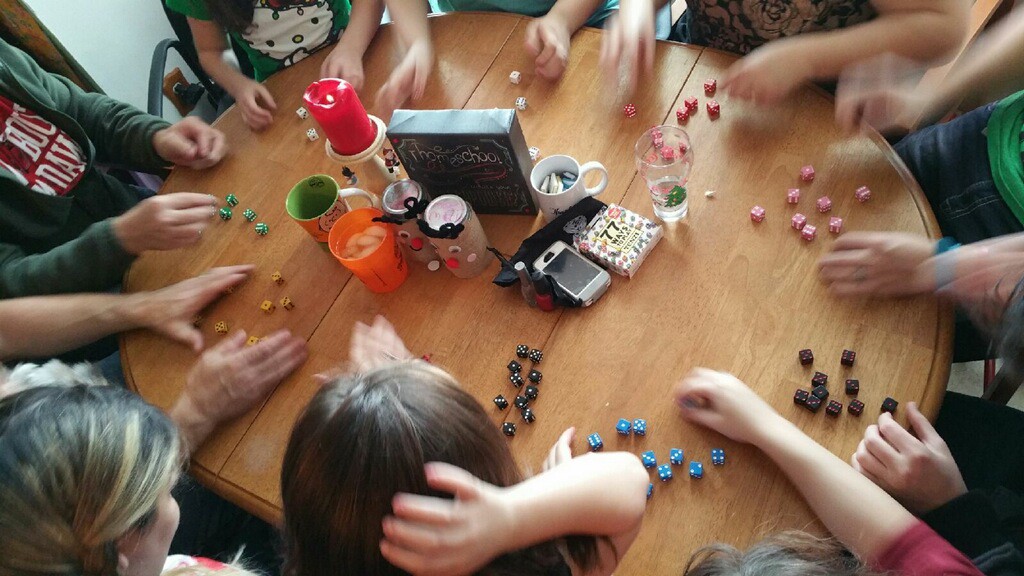 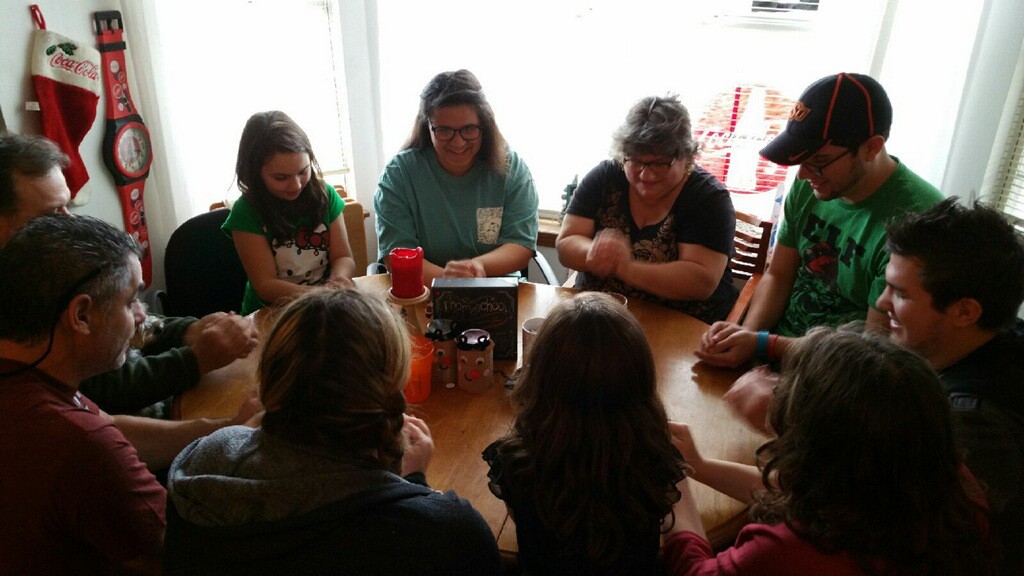 It was fun to play Tenzi with its original rules but after a few rounds,  pulled out the 77 ways to play and then things got really crazy! It was loads of fun. After we played a few of the 77, we started making up our own.

If you haven’t played Tenzi, you should give it a try. You need 10 dice per person playing. Everyone rolls their dice at the same time. Then each person plays independently, looking at their dice to find the number they rolled the most of . . . generally that is the one that a player wants to choose to go for because the object of the game is to get all of your dice showing the same number by rolling all the dice not showing that number on top. First one with all 10 dice with the same number says “Tenzi” and is the winner.

I think it was my niece Ashlee that said, it’s family game night! There was much laughter and fun to be had by all!

If you haven’t played it before, give it a try. If you want to try it before buying the official game, you could just get a couple of packages of dice from the Dollar Tree. It is really better when each player has 10 dice that are alike but for trial purposes you can use any dice, just keep enough space between players so you don’t get your dice confused with each others dice.

I’m taking mine to my parents’ house this evening.  Maybe you have time to run out and get some for yourself.