We had a nice visit. My mom brought Mud Pie, which I should be sharing the recipe with you in a couple of weeks.

And she and Dad also brought a watermelon. It was an okay watermelon but very refreshing.

Monday was Independence Day here in the US of A. We actually did not do much. If I remember correctly, it either rained or was supposed to rain in the morning so they guys did not finish powerwashing the house in preparation of painting it.

Several years ago I started instigating the watching of National Treasure and National Treasure 2, even though they are not July 4th specific. I really enjoy this tradition and I believe Sean and Tiffany do as well. Then we watch Independence Day. Now I will throw out my disclaimer here; we did NOT have this or watch it when my children were young! There is some language in it that is not suitable unless you have CleanPlay or something like it but I always enjoy the feeling of patriotism that I get when watching it. 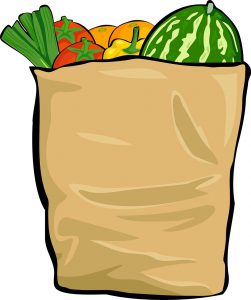 This week I worked on the menu for the next two weeks because of the conference next week. I needed to buy the majority of the groceries this week because Tiffany and I will not be able to do our usual grocery run next week, because of the conference. Mike and I will pick up the perishables at the end of the week but after volunteering all week, we will not want to do much of a grocery run for ourselves. Thus, I had to know what we would be eating in order to buy the staples and freezables.

Today, Tiff and I will be going out with one of the guys from church to get the groceries for the conference. I believe it will be a long day but we will have fun doing all that we must do.

I got my hair cut again this week. I think she did a pretty good job but then I always think they do a good job until I go to fix it a time or two. It’s at that point that really know how good of a cut I got.

Unfortunately this time, I can already tell that the front isn’t quite short enough. Hopefully that will be the only “problem” with it. We shall see.

I tried a new breakfast dish last weekend. It was a kind of trial run to see if it is something we want to do for breakfast during the conference. It is a crescent bacon egg and cheese ring. It was really quite good. I will probably be sharing that recipe in the weeks to come as well.

Well, I need to run. We have a busy day ahead of us. So I hope you have a great weekend.