This recipe is one that I hadn’t used in years and have suddenly begun making them again. My family loves dessert. Generally speaking, I’d rather have more potatoes or meat or such than dessert.

I started keeping cheap cans of biscuits on hand just in case we needed a quick dessert. Sad thing is that I remember when a can of these biscuits were just ten cents and now they are forty-eight cents. But I digress . . . Today’s recipe is Canned Biscuit Donuts. 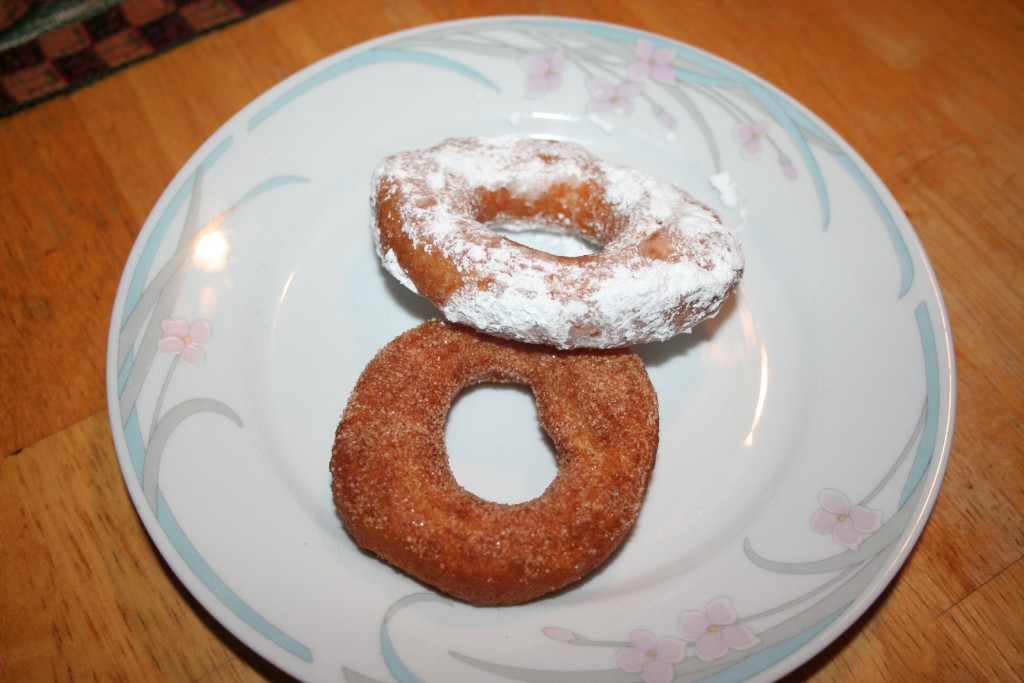 For this recipe you need a small pot, some oil, a can of biscuits, and either powdered sugar or cinnamon sugar.

Pour some oil in your small pot. You only need about an inch. I put too much in last night, but it’s no big deal, I’ll just pour it back in the bottle when it is cool. Turn the burner on medium high heat. (I use peanut oil because it seems the best to me for frying but use whatever oil you have.) 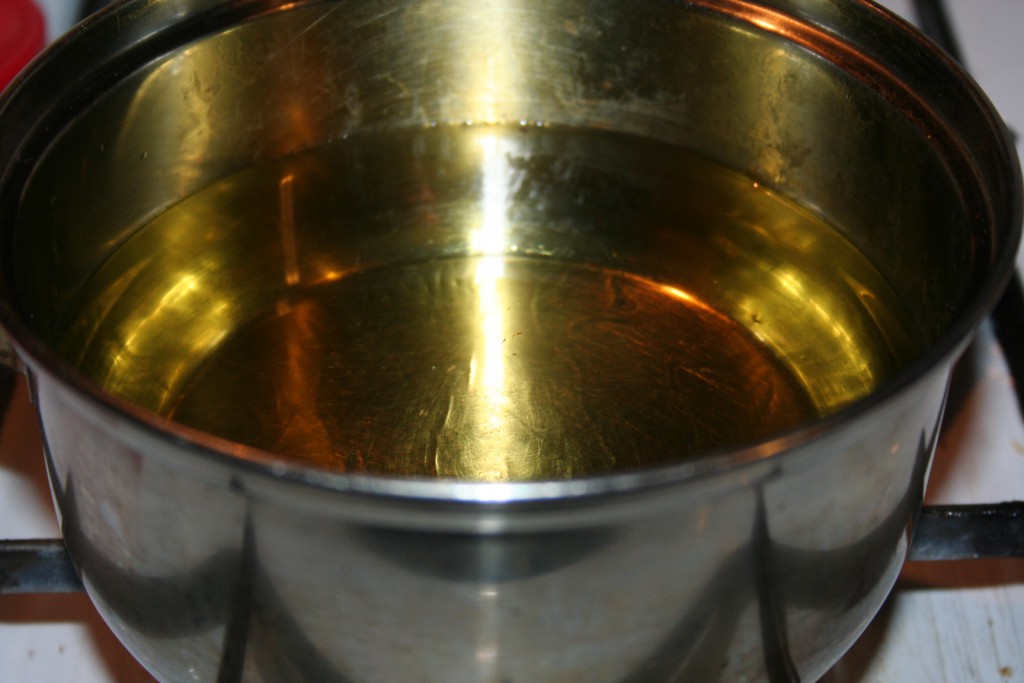 Heat oil until there are bubbles formed around the handle of a wood spoon when placed in it. 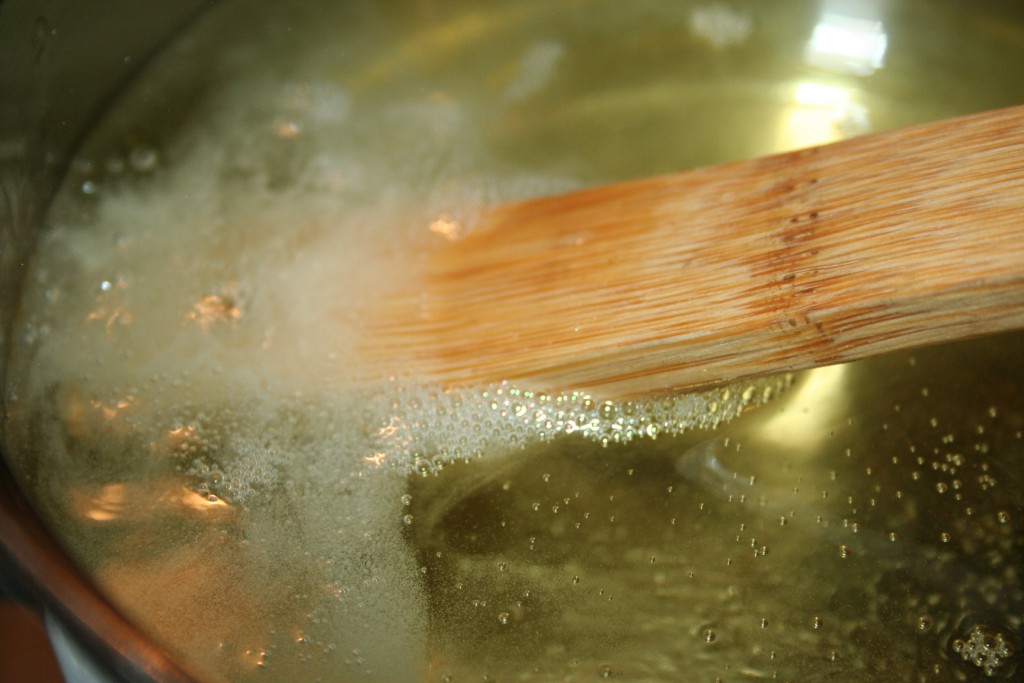 Meanwhile, prepare your biscuits to be fried.

Remove the biscuits from the tube. Use something small to remove a bit from the center, creating a hole in your donut. I use my turkey baster without the rubber bulb on it; using this I can blow the pieces out of the tube if they get stuck. 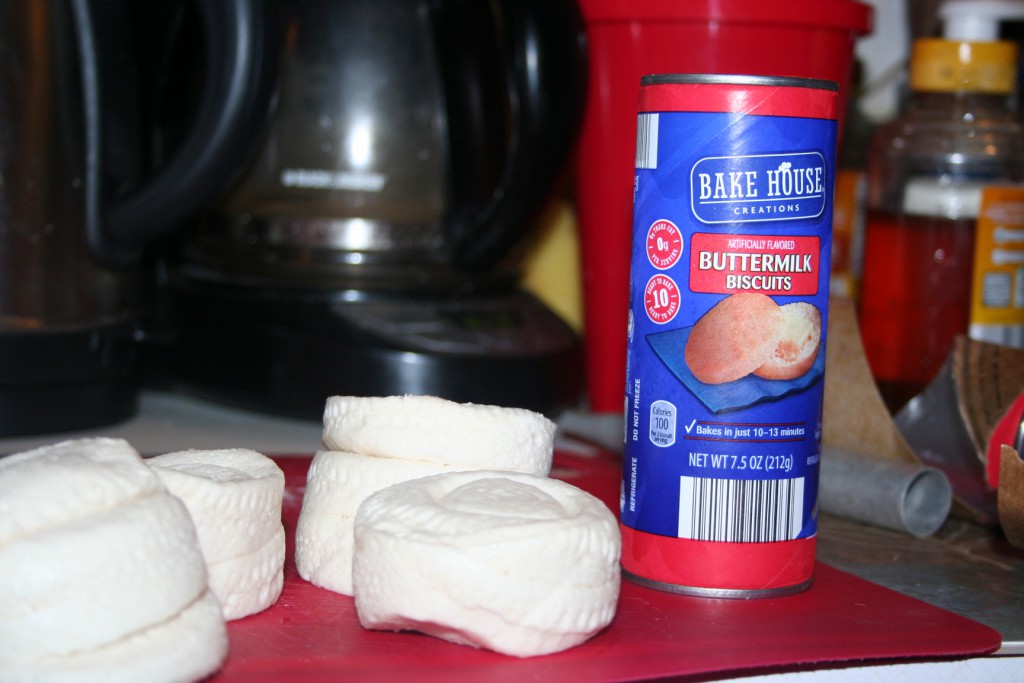 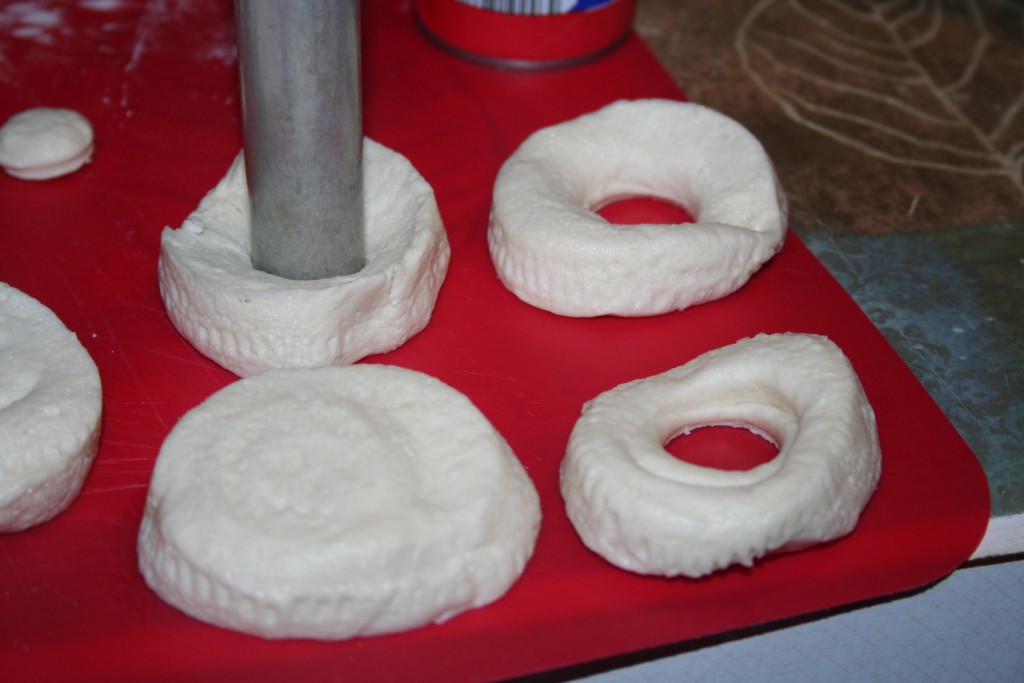 Then stretch out the biscuit just a bit to enlarge the hole a little. 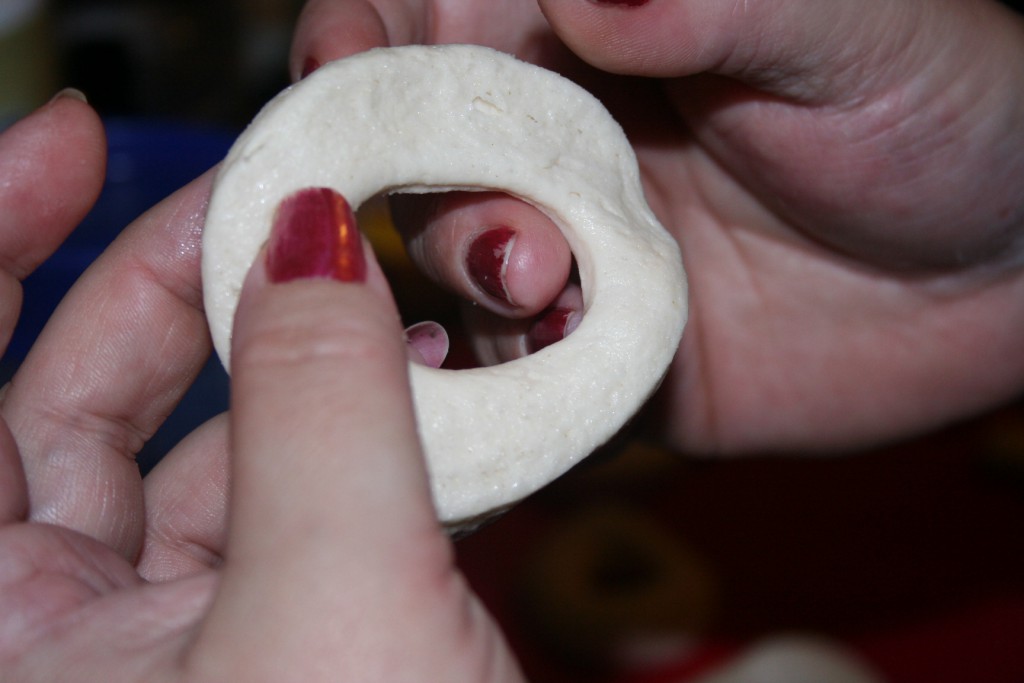 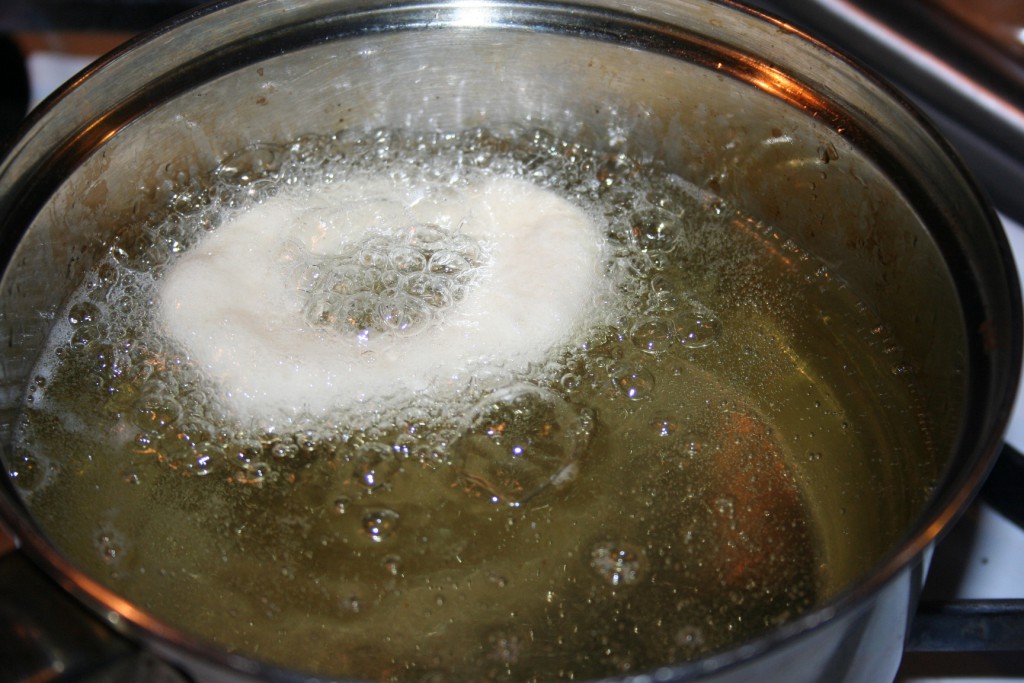 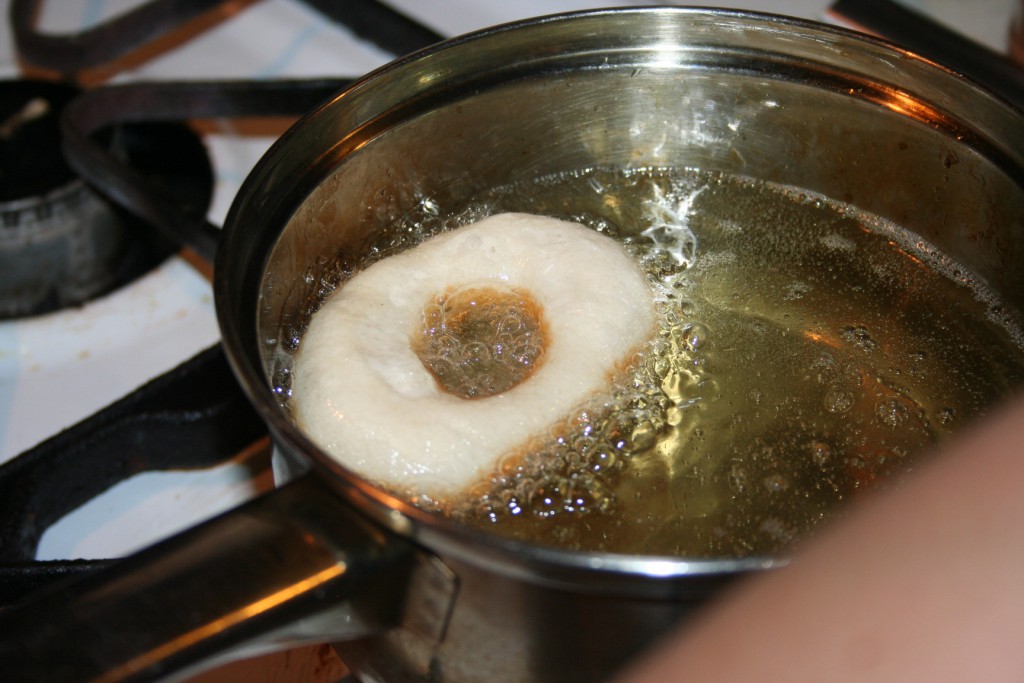 Use a slotted spoon and gently turn it over to cook the other side. 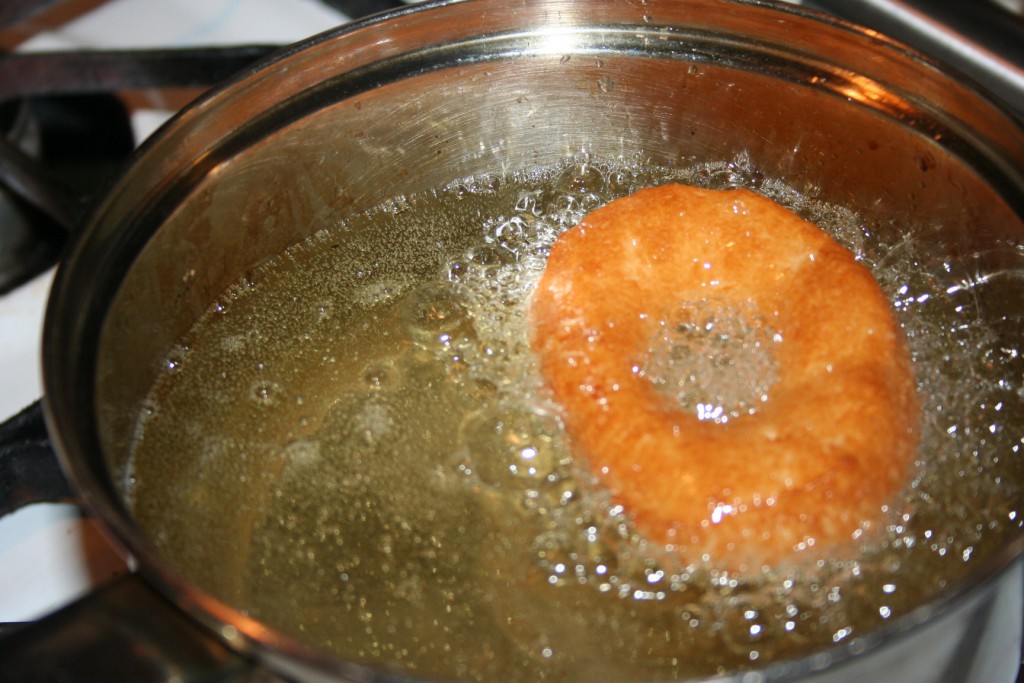 Remove with a slotted spoon and place on paper towels to drain excess grease. Then coat in either powdered sugar or cinnamon sugar (1/4 cup sugar with 1/2 tablespoon cinnamon). 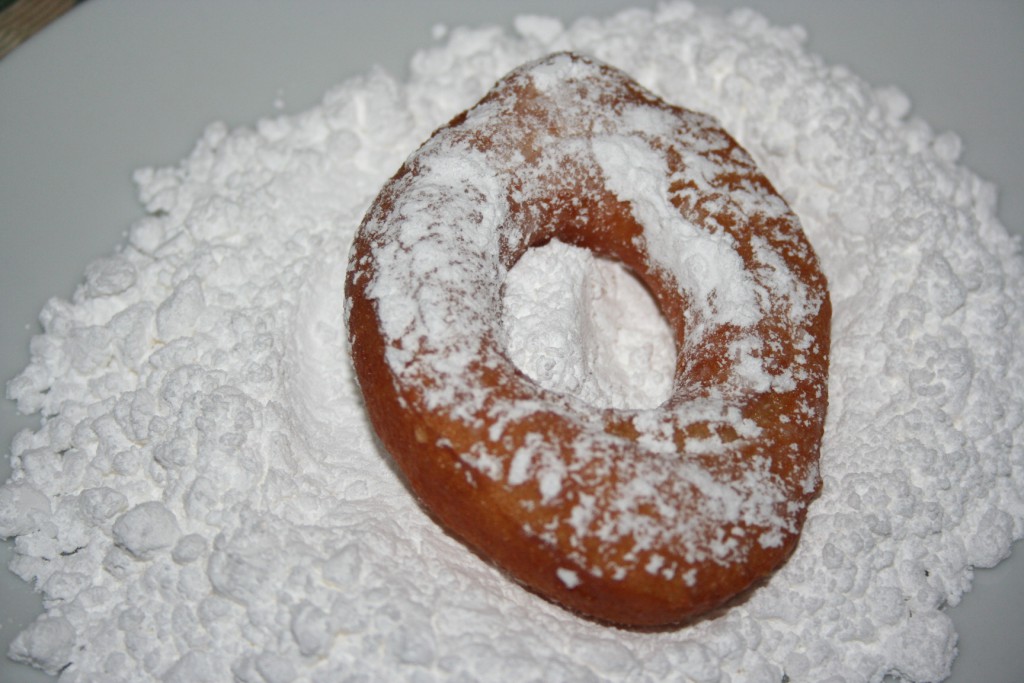 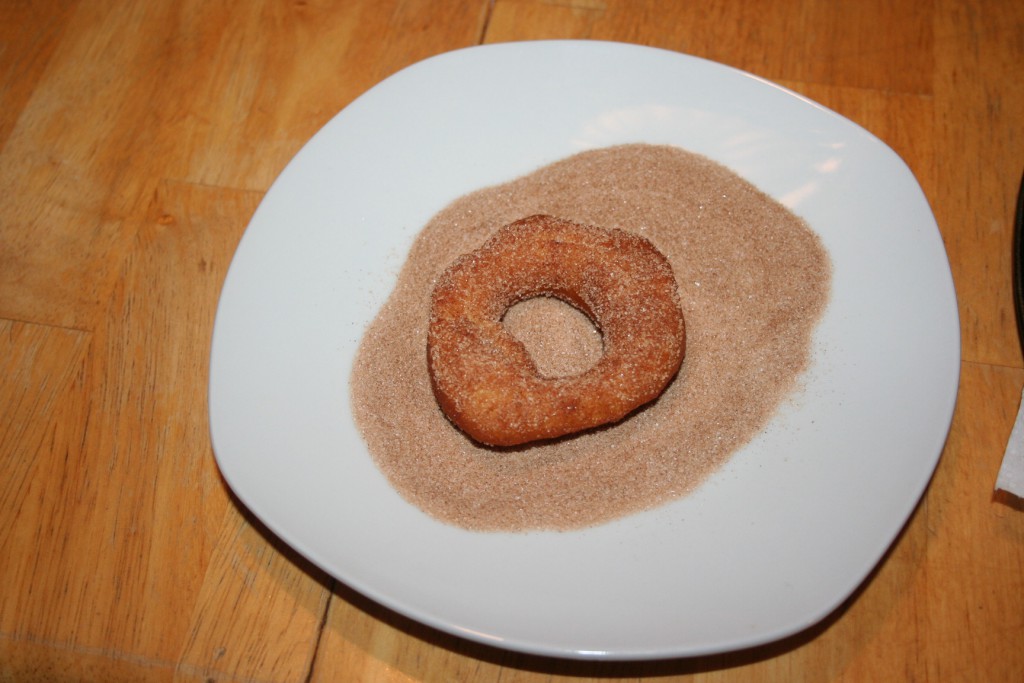 Don’t forget to cook the ‘holes’ too!

I hope this recipe will help you when you are in need of a quick dessert. Just remember to keep some cheap biscuits in your refrigerator. Now I have to put another can of biscuits on my grocery list to replace this one we used last night.