Wow, only one week to go. I had hoped that I’d get into the habit of tangling a little every day but that is not what has happened. I’ve done pretty much what I’ve done for a long time, wait until Tuesday and then do a tile.

Wadical is one that I thought was peculiar but when I used it I found I really liked it. It was a nice tangle to get into the flow with.

Here’s my tile, both scan and a picture in natural light. Top tangle is Twing, then Knase, and then Wadical. 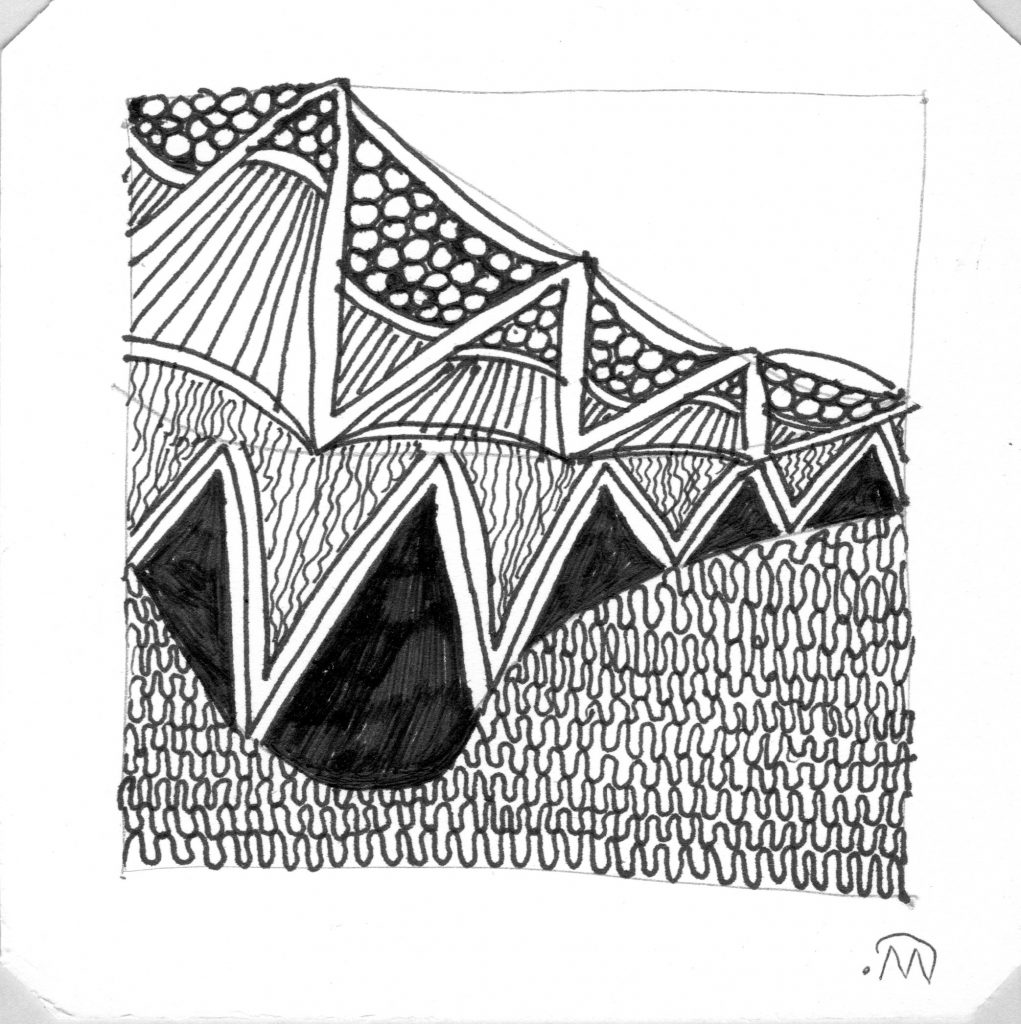 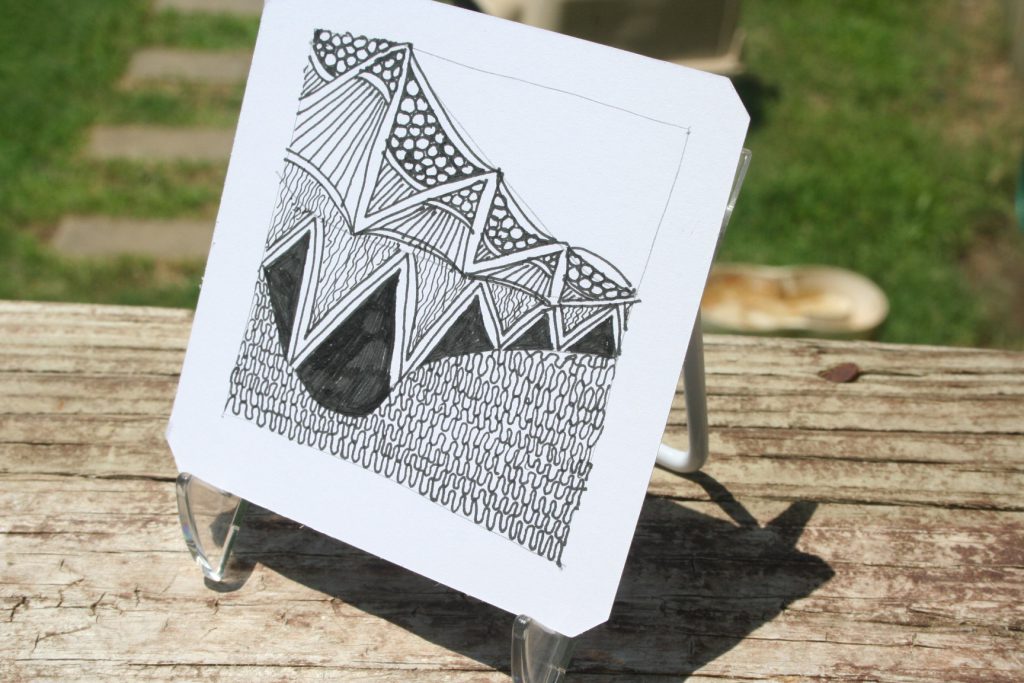 I think it kind of looks like a bridge and water. I like how Knase and Twing flowed together nicely.

Here’s the tile after shading, both scan and picture taken out in natural light. 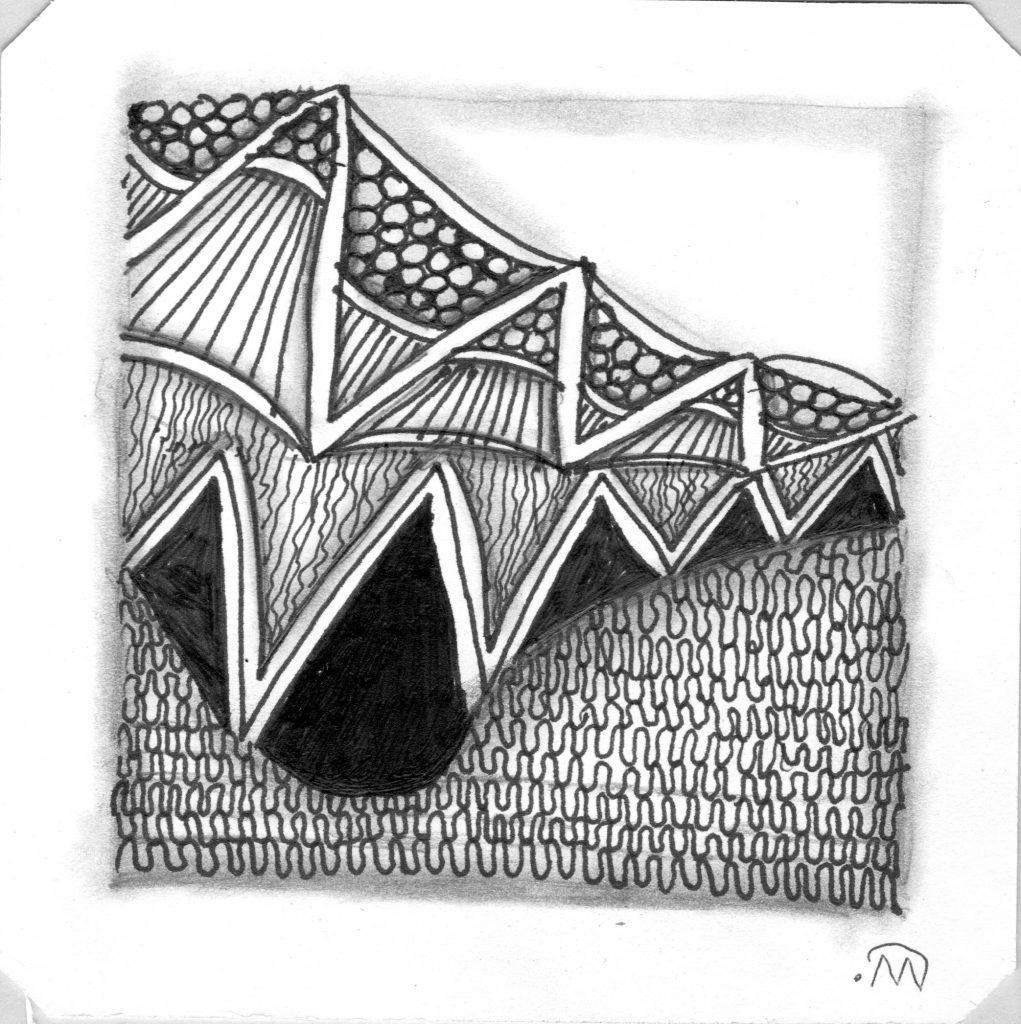 Next week is the last one in this project and we will have then completed all of the official Zentangle tangles. I’m a little bit behind and have quite a few to do the step-outs for yet, but at least I have them all available to me know.

I’m very happy about this.

Have you tried Wadical? Is it meditative for you?

Well, I’m going to run. Thanks for stopping by.