Well, it looks like Laura of the Diva Challenge is getting better; she’s posted a few tiles on facebook lately, so hopefully she’ll be able to continue her challenges this fall. Until then, I’m continuing to find challenges elsewhere.

This week I am, once again, following the Today’s Tangles: Keeping it Basic prompt #TTKICPrompt070119. The string has 6 lines drawn from a central mid-point on the upper border, with two lines connecting to each side.

At first I considered using Hollibaugh like a background behind some of the lines but ultimate decided on keeping it a bit more simple. I chose ‘Nzeppel because it is a favorite of mine. Oddly enough, I had a hard time making friends with this tangle but once I embraced “no mistakes” and the advent of Crazy ‘Nzeppel, I struggled much less and enjoy using it.

Betweed is another that was difficult for me to friend and actively avoided it most of the time. But earlier this year it just clicked for me and I’ve enjoyed using it several times since.

Diva Dance is another tangle that I’ve just not been very friendly with. I don’t know that I’d every really done Foxtrot variation before but one section of my tile screamed for it, so it showed up. I never know where to place the bumps and frequently feel that I put them in the wrong place but after a quite a bit of shading, I think it turned out pretty good.

Here is my tile before shading and blackening. 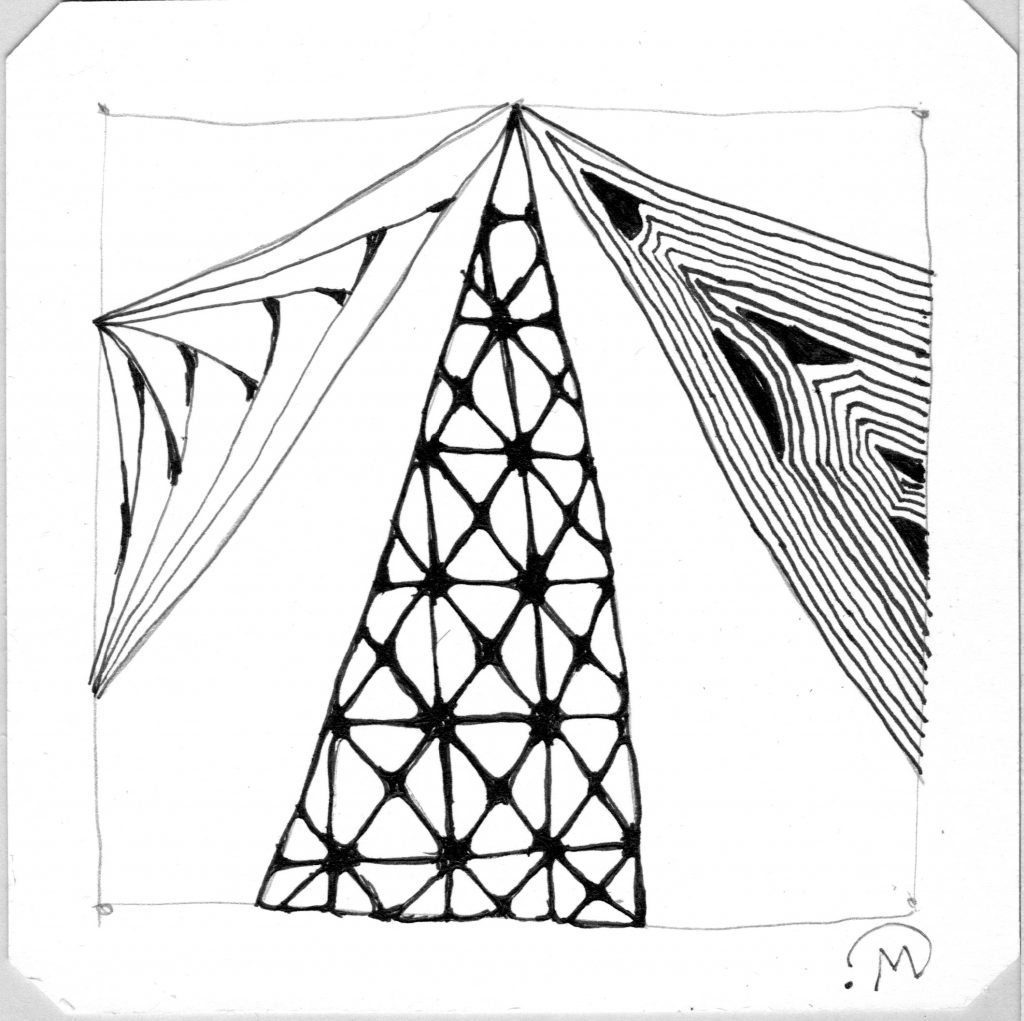 Here is a picture in natural light. It’s been a bit overcast today, so it’s a bit grayed out. 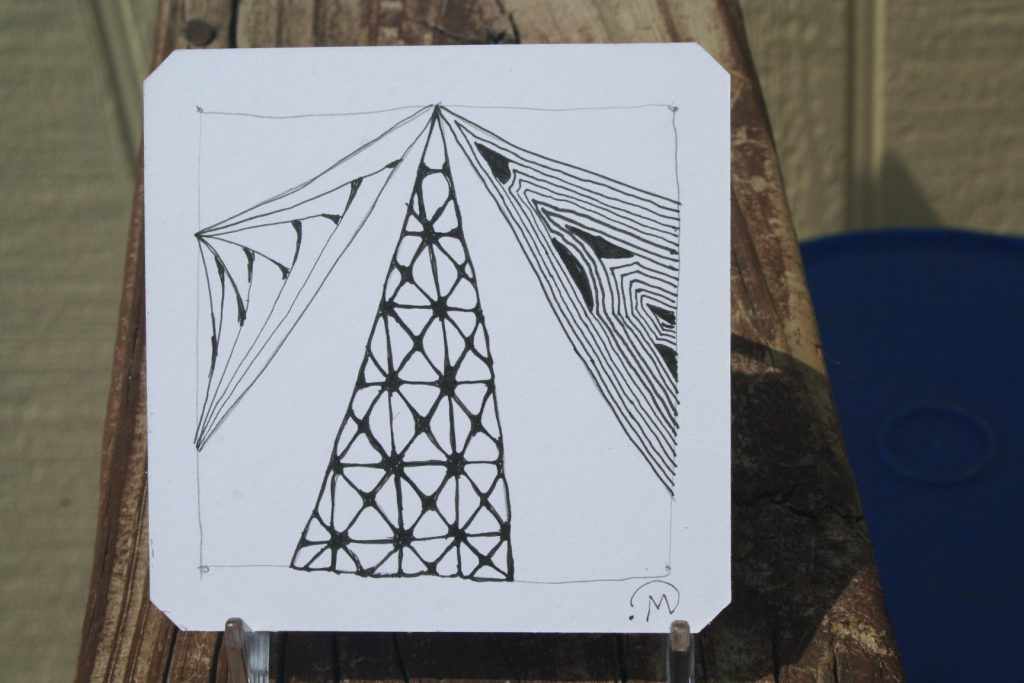 I originally thought I’d put hollibaugh in the remaining sections of the tile but I was tired and didn’t quite feel up to all that. So I decided it just needed the contrast of some black. So I blackened all that in instead. 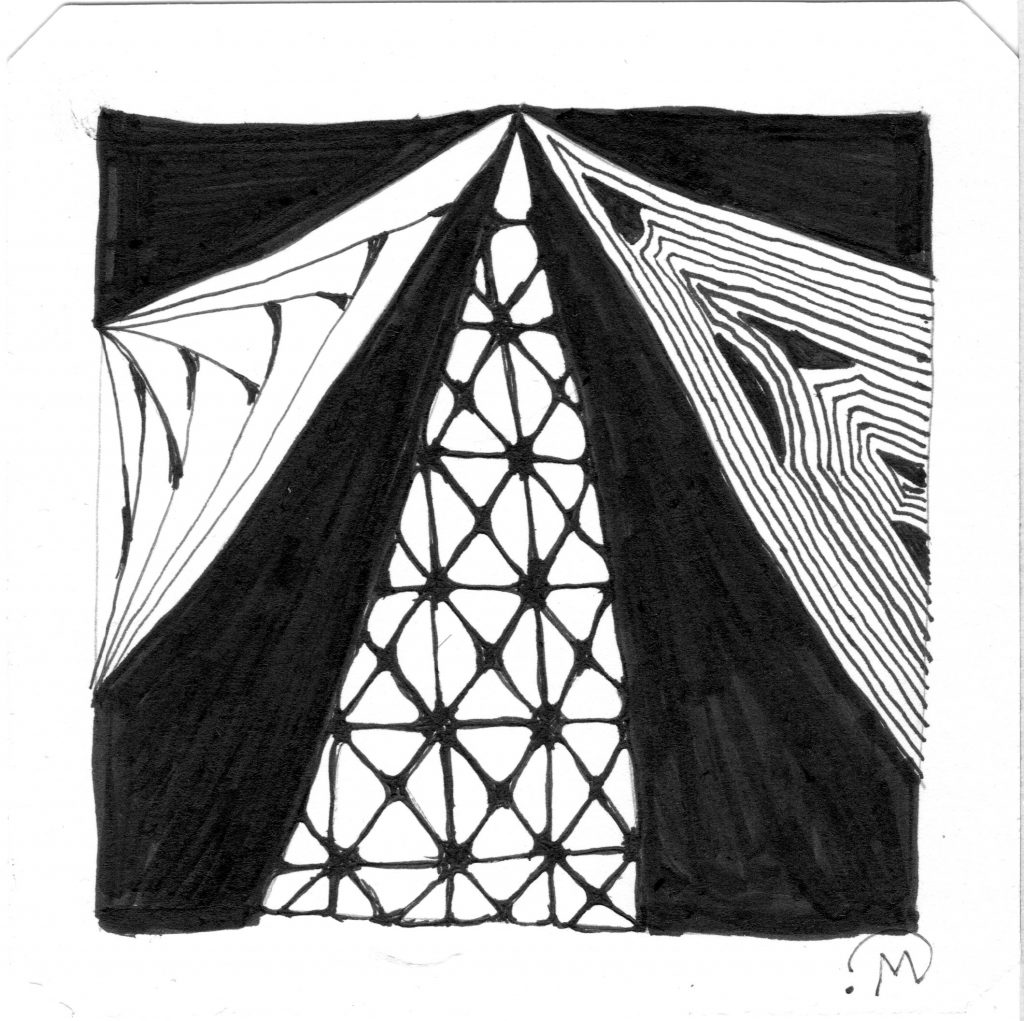 Here it is outside. I love mimosa trees, so I included a blossom in this shot. 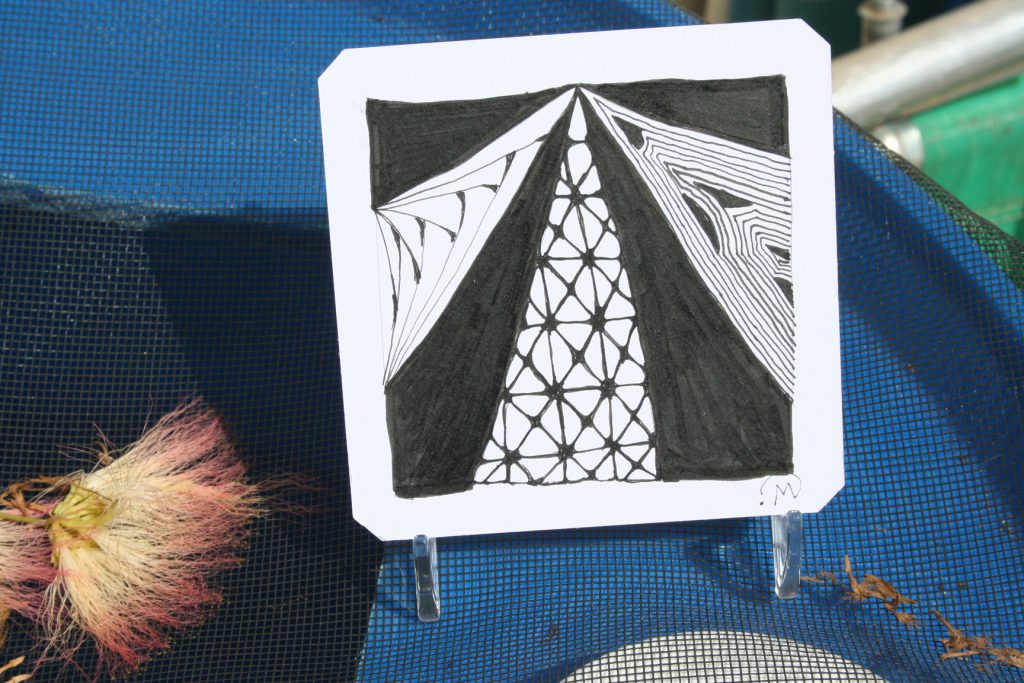 Finally I added some shading. You know the drill: first pic is the scan and second is the one taken outside. 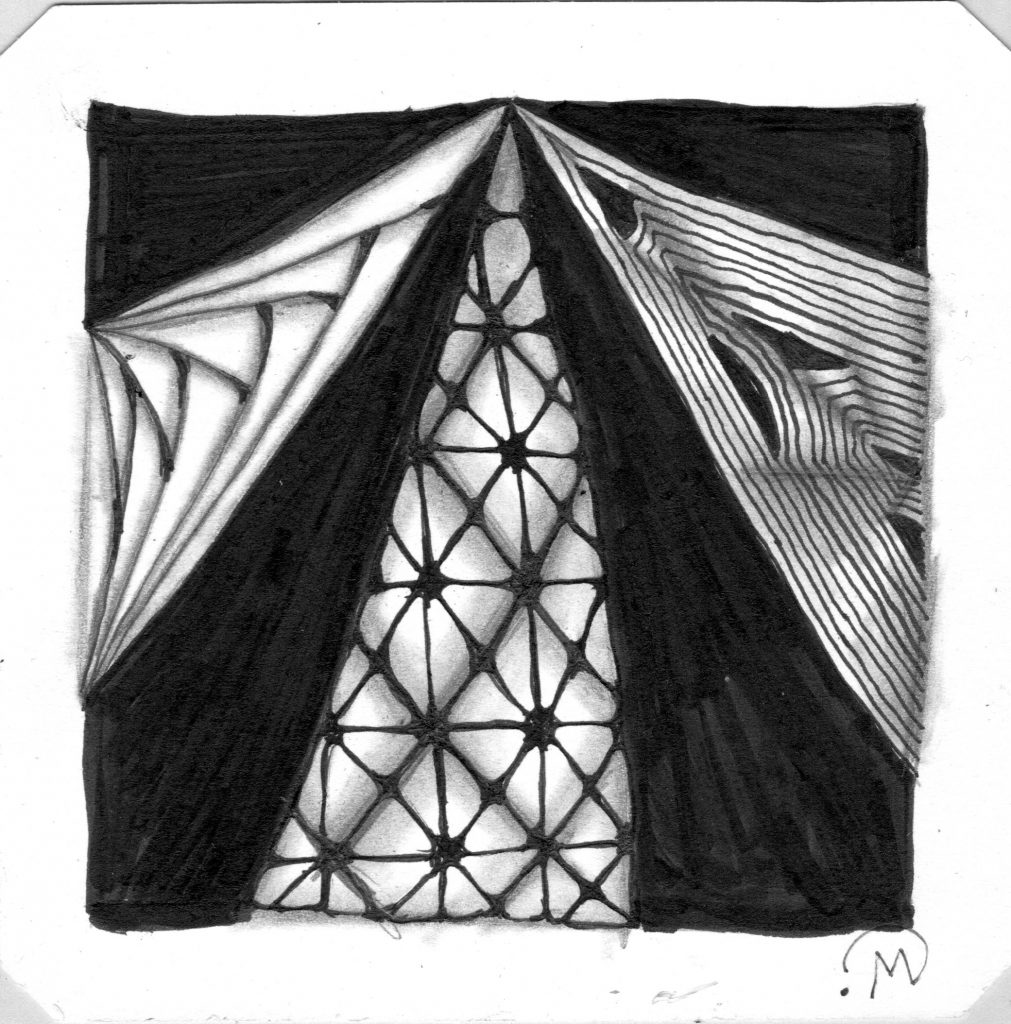 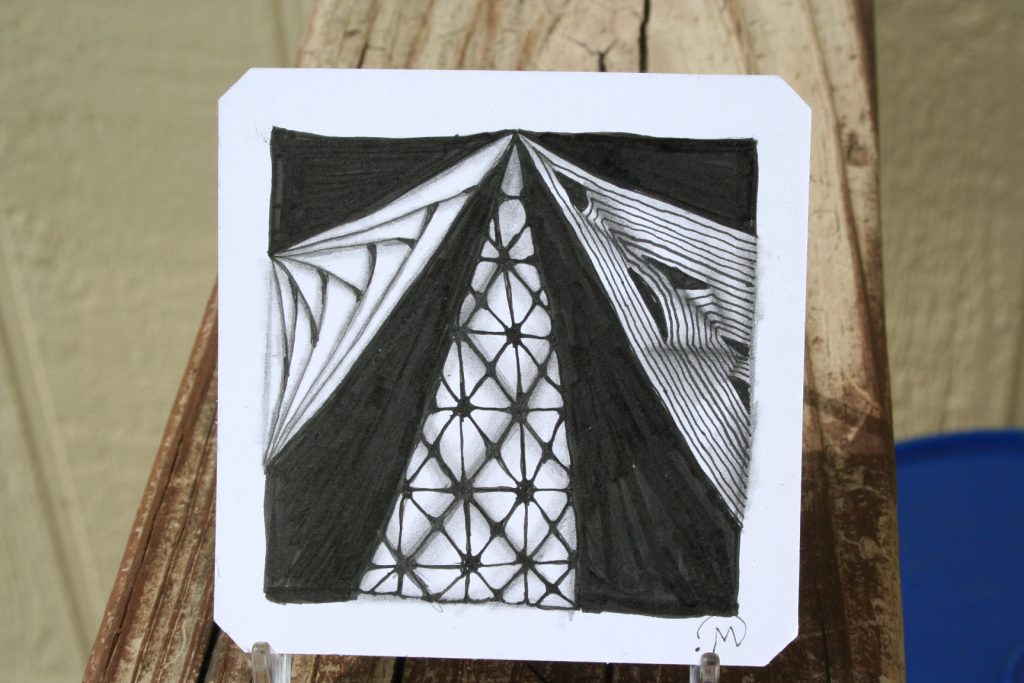 I’m quite pleased with the lines on diva dance this time. I don’t usually aura very good and that one seemed to come out better than most. Oh, don’t get me wrong, I know the lines are still shaky but I’m okay with that. At least they are pretty evenly spaced this time.

I really thought there was more shading on that middle section but it never shows up as shaded on the computer as it appears to be in my hand. It makes me wonder how much shading Lily, Eni, and Anica really do for it to show up soooo shaded online. I’ve put several layers on these and it still looks like very little on some parts.

Well, that’s all for me today. Thanks for stopping by. Would love to know how you get things shaded nicely without spending hours on it.