Tiffany and I decided we wanted some “Beef and Cheddar” (think Arby’s) sandwiches. I decided the easiest way to do this at home was to pick up some of those really cheap beef lunch meat packages. Yeah, I don’t know much about the ingredients because I will admit that I was in a hurry and didn’t read it. I’ll have to check it before my next purchase. 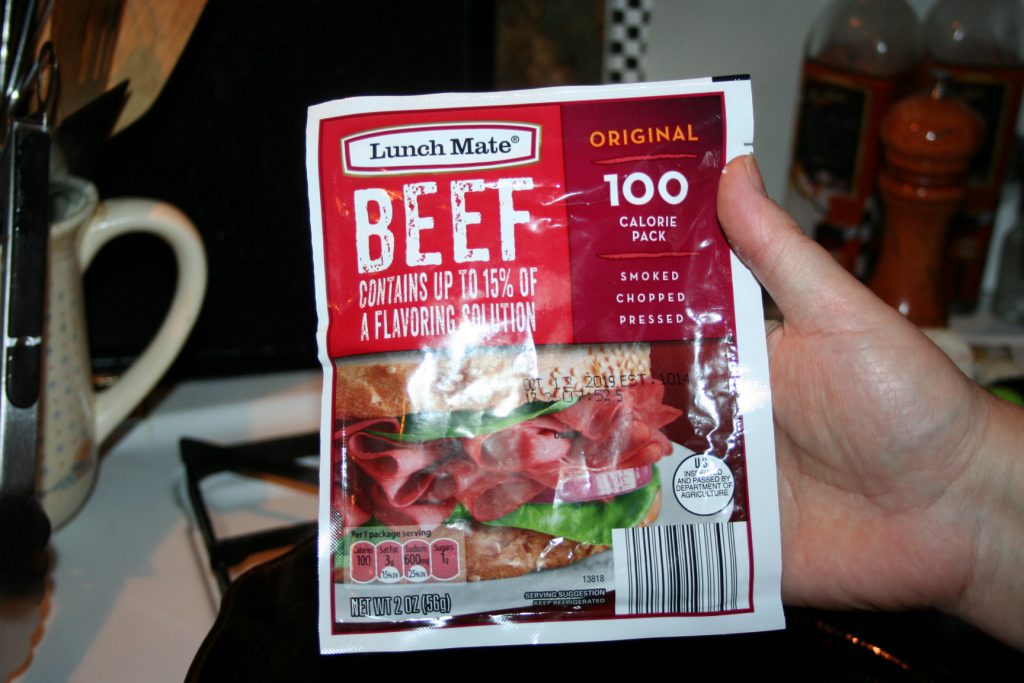 Anyway, it is really simple; pile the meat on a skillet over medium heat.

It will be fuller if you roll some of the slices over but I didn’t do that. In hindsight, I wish I would have because it might have helped make it seem like more meat in the meat to bread ratio. 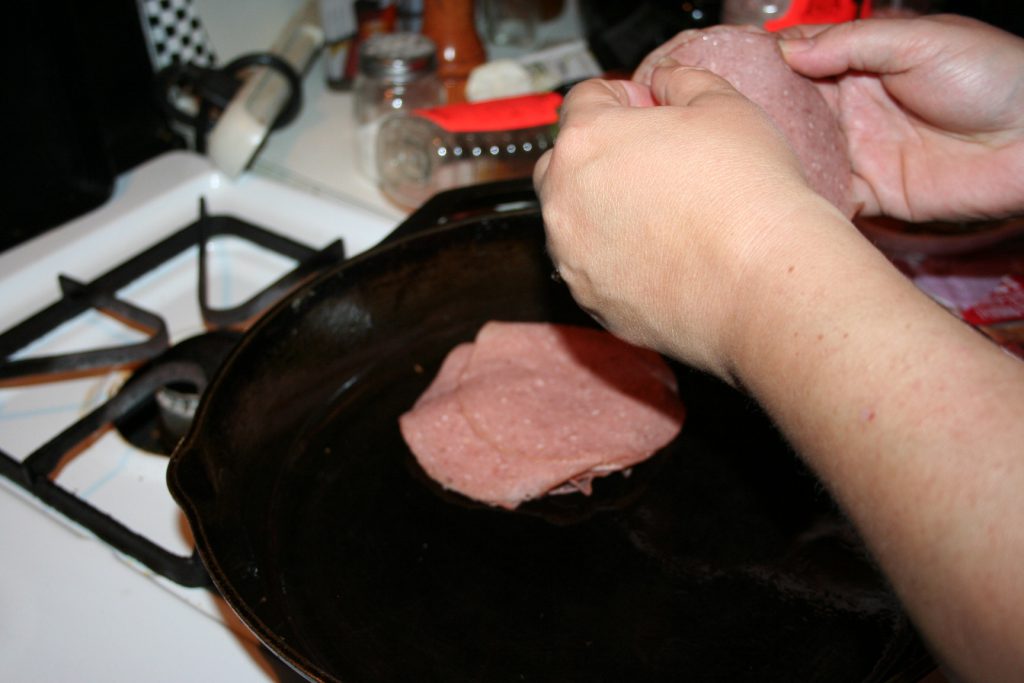 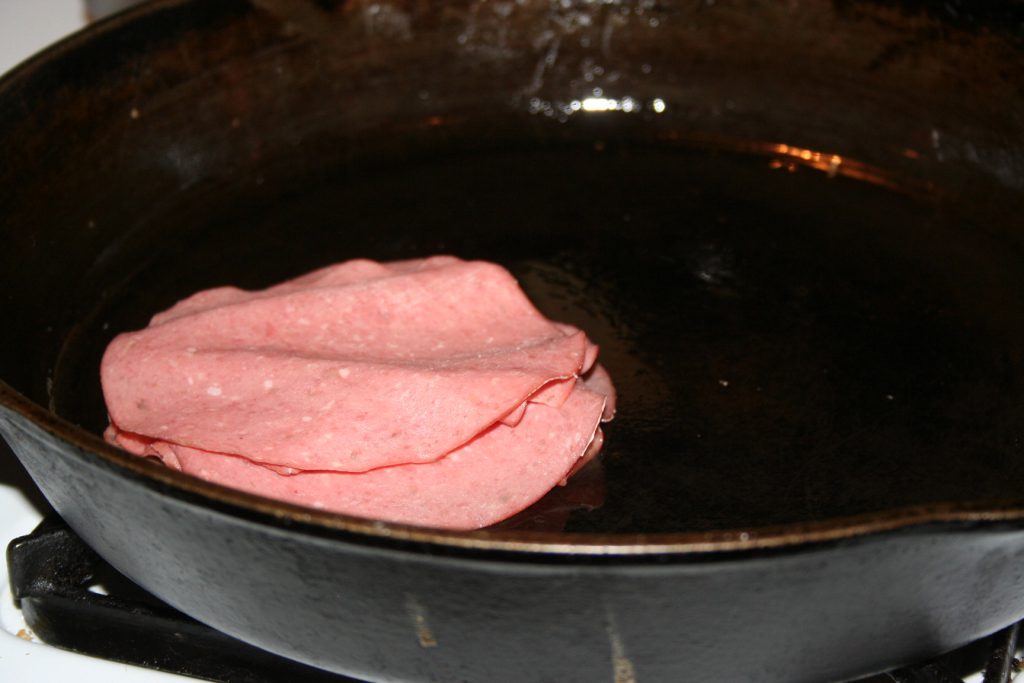 The next bit is the cheddar. I finely shredded just a bit of cheddar cheese to melt on top (after flipping the meat pile over) but last time I made them I just used the Laughing Cow cheese on it (the 35 calorie ones). 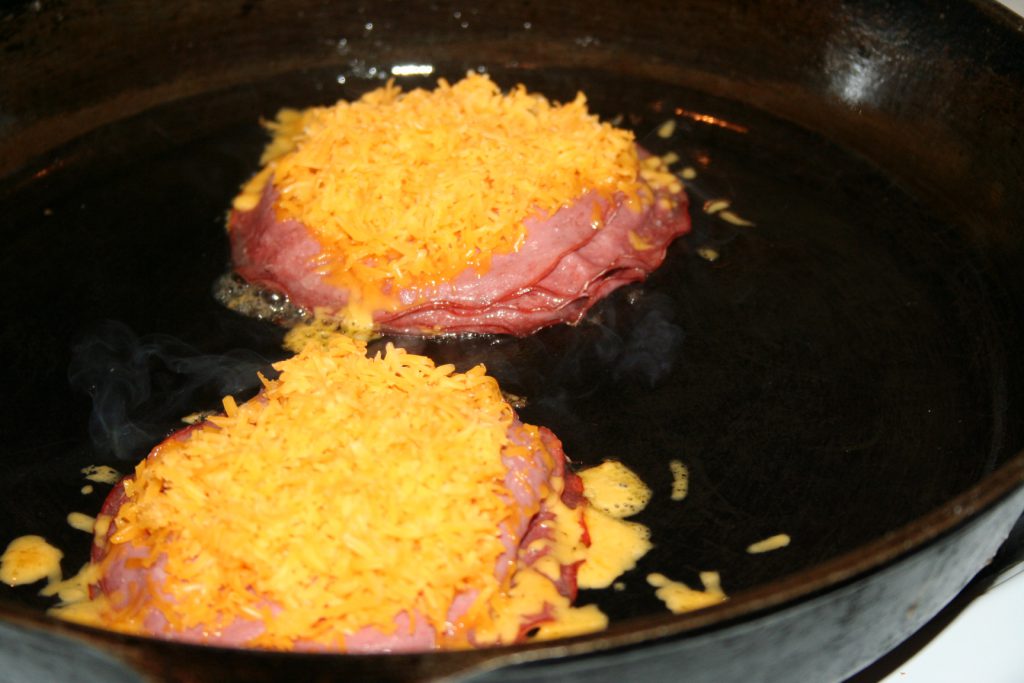 If you don’t want any crisping or caramelization of your meat then put that cheese on as soon as you get the meat in the pan and put a lid on it. I like some caramelizing of my meat, so I didn’t shred my cheese until after my meat was in the skillet and then covered to facilitate the cheese melting more rapidly. 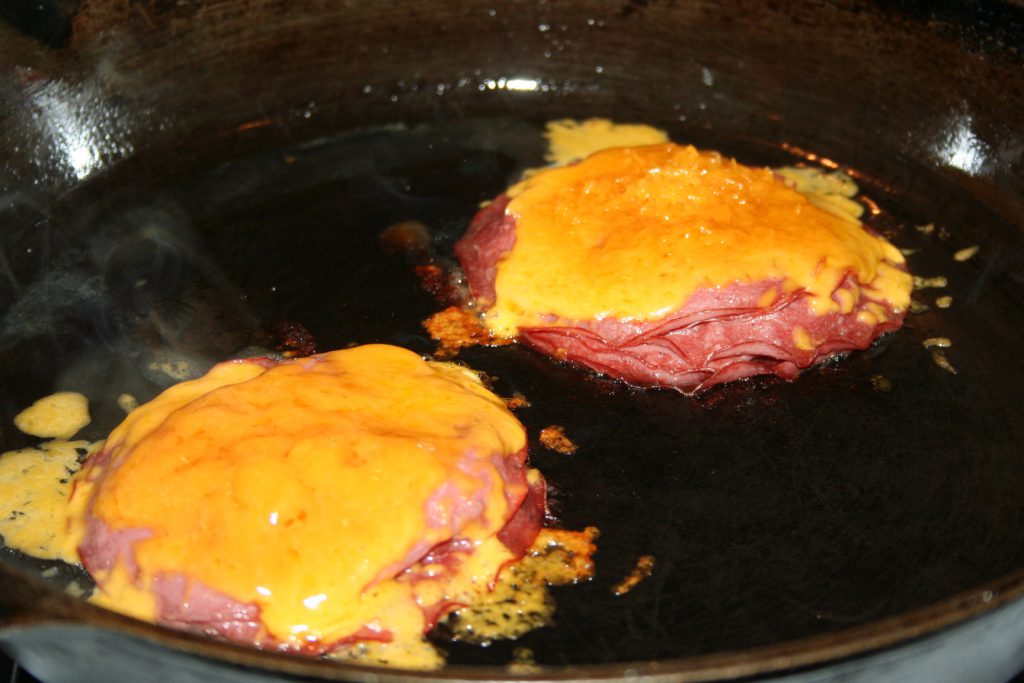 I made a single serving of THM Swiss bread to eat mine on. 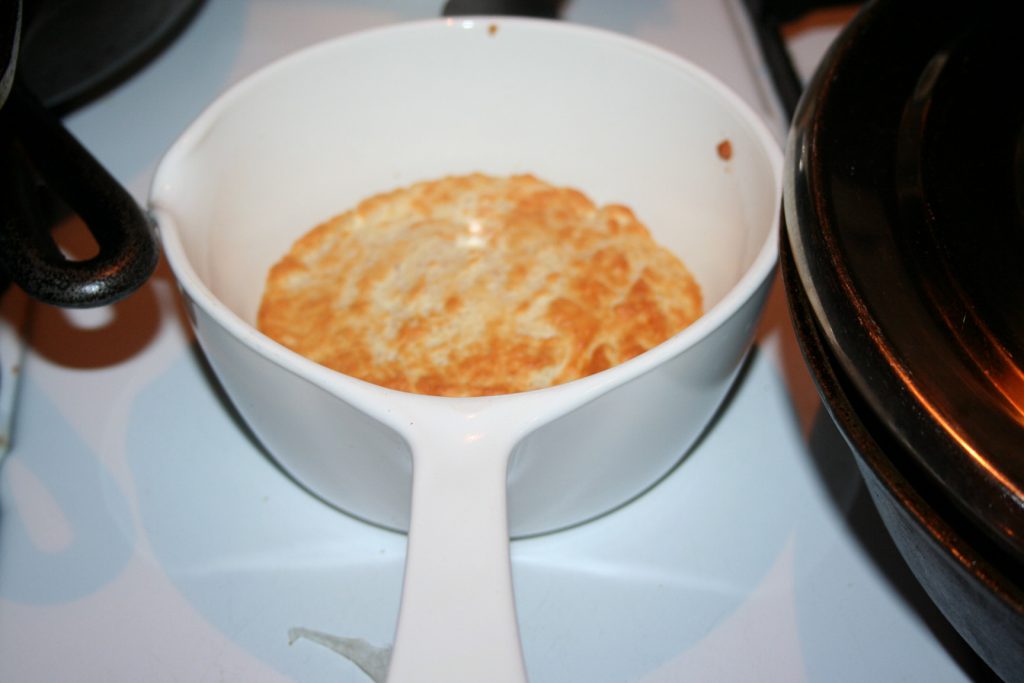 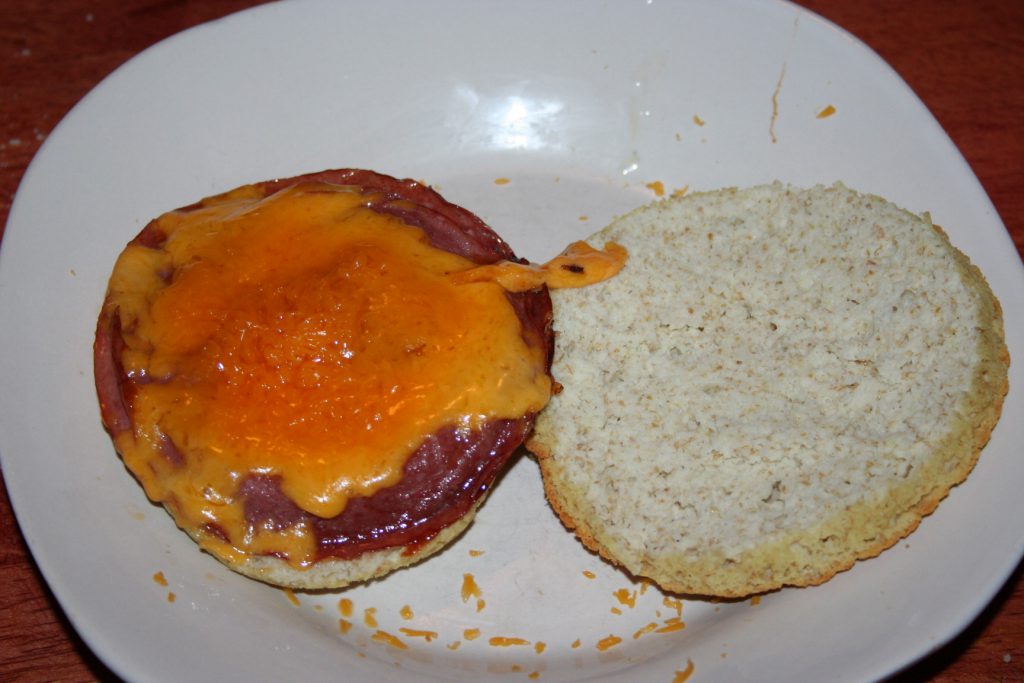 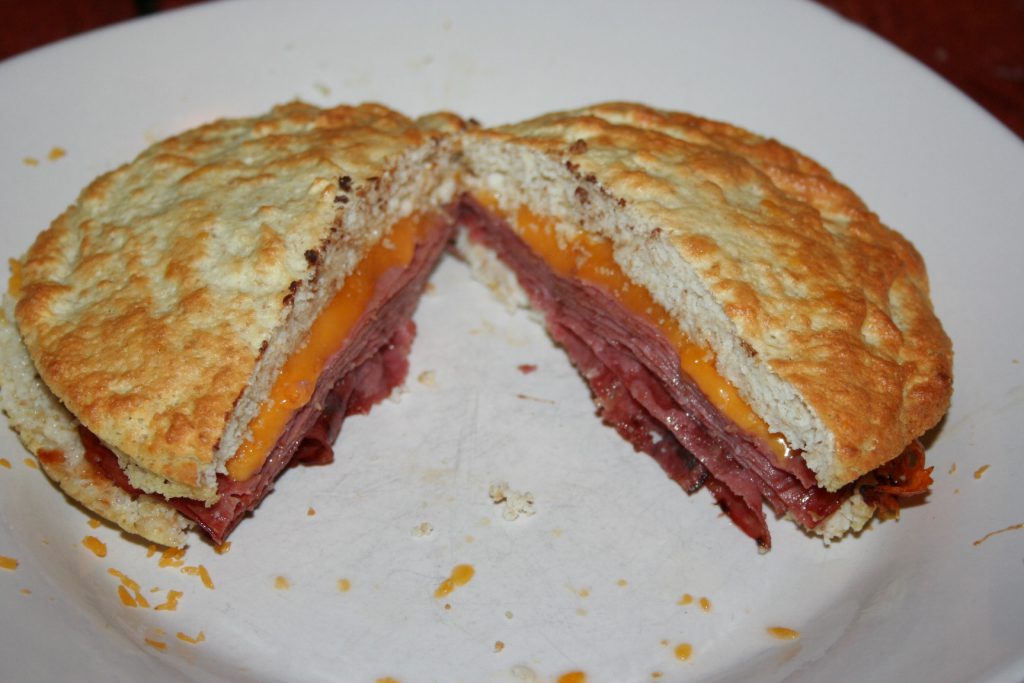 (I did think mine was a bit dry and added a light laughing cow cheese.)

Tiffany used a piece of simple keto white bread (which is like Another Kind of Bread) and just made hers an open faced sandwich. 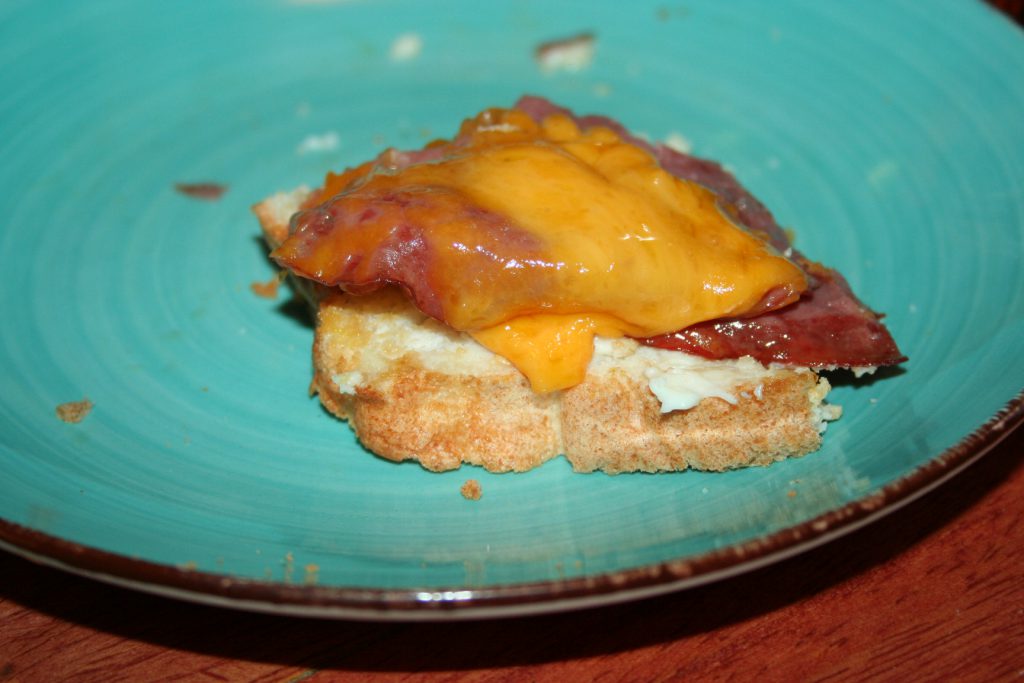 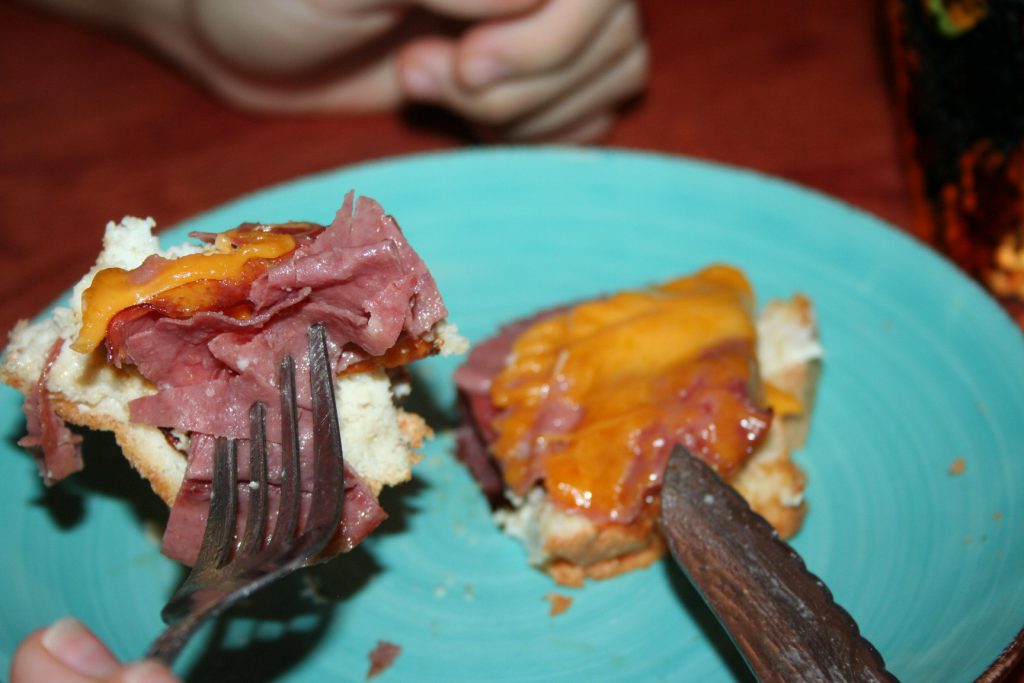 Yeah, it was good.