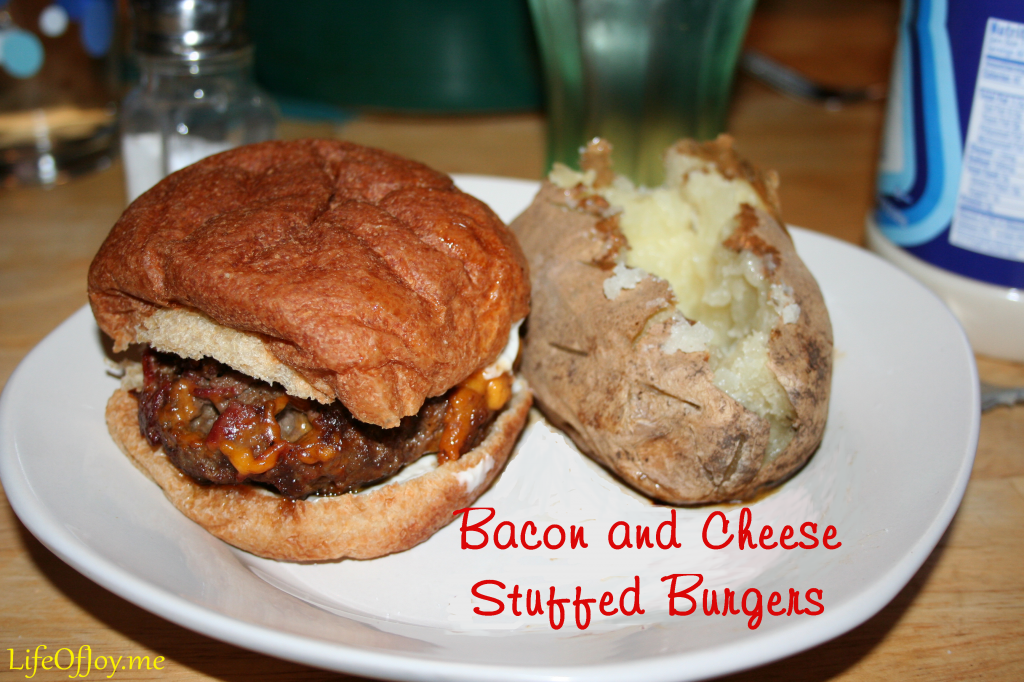 I fixed these last week when Brian and Lauren came for dinner. Since there were 6 of us, I doubled this recipe. And since Mike cannot have beef and Lauren doesn’t like turkey, I made one pound with ground beef and one pound with ground turkey. Both were delicious! I divided each pound of meat into 3 burgers, making 3 third pound burgers but with the cheese and bacon in them, they were even larger. I do believe that one pound of meat could be stretched to feed 6 if some were smaller children, but we have 6 adults. I will also note that those of us that ate the beef burgers were too full for dessert even an hour or more later. 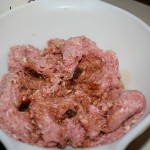 I break up the meat in a mixing bowl and add 3-4 shakes of Worcestershire Sauce. (I know this is kind of unappetizing as far as pictures go, but I wanted you to see about how much Worcestershire sauce there is.) Add salt and pepper as desired; I use about 3-4 shakes of my table salt shaker and about 2-3 twists of my pepper mill.

Then cut the cheddar cheese into small cubes. These need to be big enough that they will melt into cheesy pockets of yumminess but small enough that you can get the ground meat worked around them. I used about 3½ ounces of cheddar cheese and cut them into about ¼-inch cubes.

Next cut TURKEY BACON into about ¼-inch square pieces. I do this by stacking about 3 slices of turkey bacon on top of each other. I then cut them in half along the length of the pieces and then cut into approximately ¼-inch pieces all the way down the stack.

Now mix it all together ensuring that you are getting as much of that cheese covered with the meat as possible, so that the yummy goodness is melting inside your burger rather than in your pan.

Put them in a pan and cook. When I want to hurry them along, I put a lid on the pan, because it will help it to begin cooking on the top as the bottom cooks. Flip when the bottom is browned. 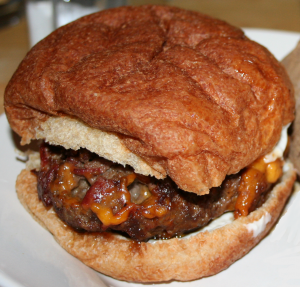