We met this week and Pam, our CZT, led us in tangling Façade. I really liked the tangle and intend to include it in a tile in the near future. 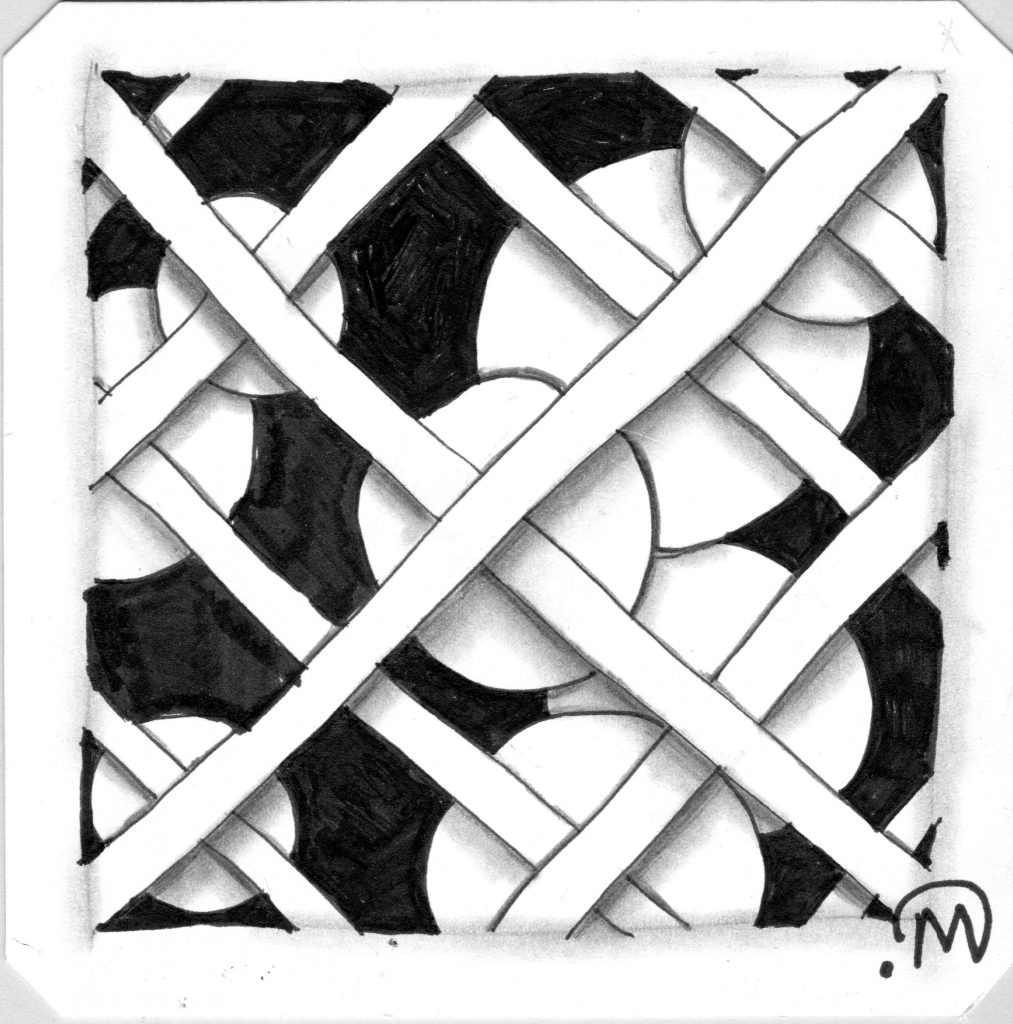 I did struggle a bit with the shading but I really like the tangle.

This week’s Diva Challenge is to aura your tangles. The Square One: Purely Zentangle focus tangle this week is Zlinky which has auras built in, so that is kind of a cheat but it seemed to go well. I really enjoyed Soul Star from last week and decided to make it more prominent this week and aura it a bit.

I auraed both the beginning orbs and the outer “scoops.” However, I have inconsistent lines when I aura most of the time, so I decided to blacken in one of the auraed bands. Then I decided that I would like it better with another black aura. 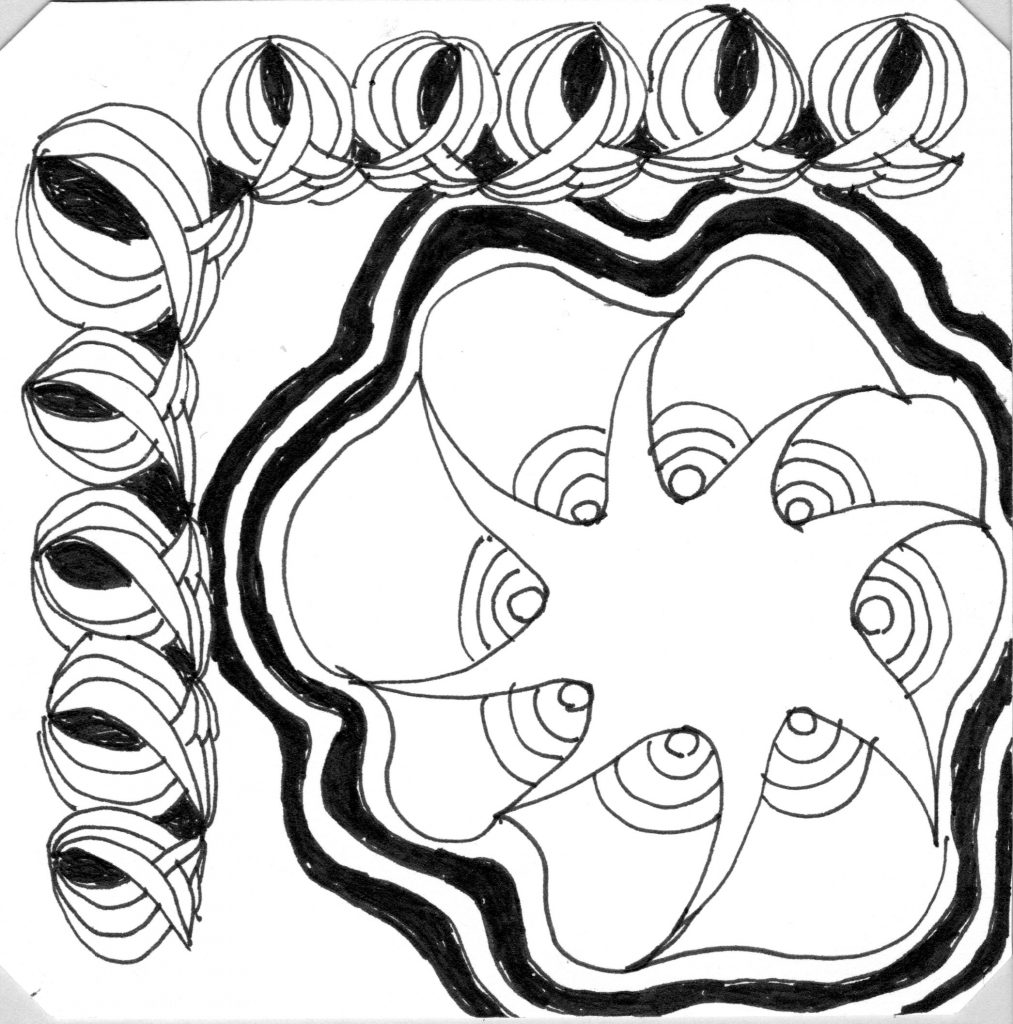 Shading really made a difference on this one. 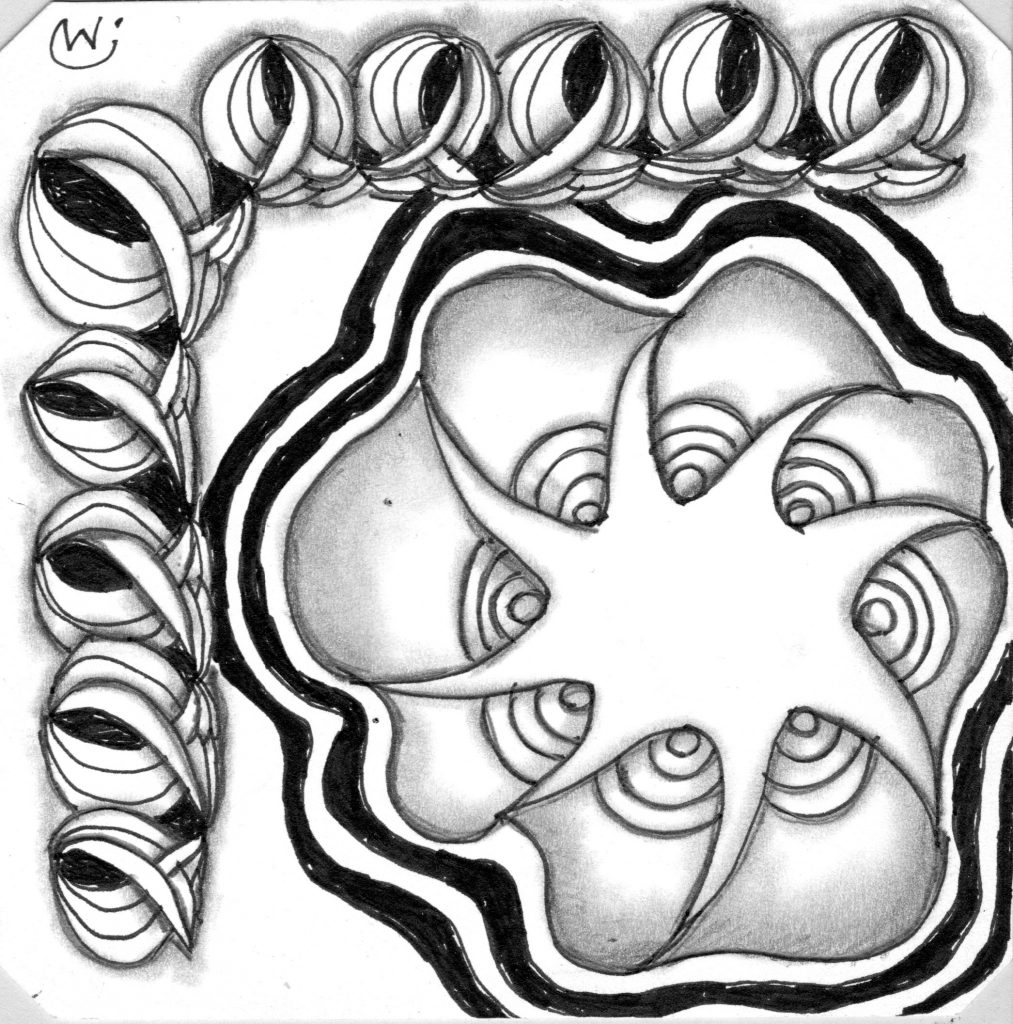 I opted not to include a border or string of any kind this time and just carried the aura to the edge in some places. I like the effect.

Here it is a bit smaller so that it looks a bit more polished. 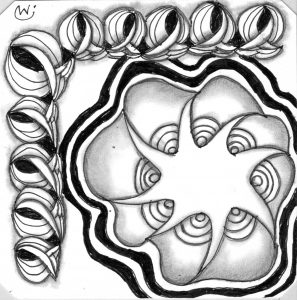 I still don’t have much really dark shading and I really tried too.

Oh well, I enjoyed drawing it.

Thank you for stopping by. I hope you’ll leave a comment, as they are so very encouraging.